1 Attention and Inhibition in Bilingual Children: evidence from the dimensional change card sort Task By: Ellen Bialystok and Michelle M.Martin.

1 1 Attention and Inhibition in Bilingual Children: evidence from the dimensional change card sort Task By: Ellen Bialystok and Michelle M.Martin

2 2 The studies presented in this article examine the ability of monolinguals and bilinguals to solve a cognitive problem; Bilingualism Specific cognitive processes in children’s Development

3 3 Introduction; The Bilingual child vs. The Monolingual Differences in specific cognitive processes Analysis of representations; The process of constructing mental representations that are increasingly capable of recording information that is detailed, explicit and abstract Control of Attention; attention is selectively directed to specific aspects of a representation/ Inhibition

4 4 a. Associating words from two languages requires more advanced representation because it exists at a higher abstract level- Hierarchical semantic structure b. Attending one set of labels and ignoring equally meaningful labels from the other language requires control of Attention. Introduction; The Bilingual child vs. The Monolingual

5 5 Recent Studies have shown… Bilinguals… a. Better at judging the grammaticality of sentences with distracting semantic anomalies b. The meaning of a printed word does not change when it accompanies a different picture

7 7 Bialystok’s Study  Participants: Children 4-5 years old  Method: Dimensional Card Sort Task.  Result: Bilingual Advantage  Discussion: a. it is difficult for children at this stage, to conceptualize the stimuli and the rules to build a mental representation b. Children need to inhibit the response tendency set up by the initial stage of sorting- two sorting of inhibition are required: response inhibition (familiar motor action) and conceptual inhibition ( attending previously relevant features). c. The Proposal is that the difficulty in card sort problem is in Conceptual Inhibition

8 8 This study show that bilingual children may be better at representation, response inhibition and conceptual inhibition However… It could not distinguish between them

9 9 Three hypothesized outcomes! If the bilingual advantage in the previous study was from:  Greater representational Ability: that advantage should increase in all conditions as the conceptual demands increase. (perceptual vs. semantic)  Greater ability to execute response inhibition- bilinguals should outperform the monolinguals in all conditions  Enhanced ability in conceptual inhibition, then the prediction depends on an interaction between representation and inhibition demands

20 20 Discussion - The results are close to the third hypothesized outcome; the bilingual advantage is based on conceptual inhibition.  In the color game; the post- switch phase depended on response inhibition, but both groups were equally able to suppress a familiar motor response to execute the updated classification- a thing that rules out inhibition as a source of task difficulty.  Conceptual inhibition- tasks that involve two dimensions- bilinguals outperform monolingual. BUT- function location game?  Conceptual inhibition depends on the complexity of the representation to which attention is directed./ the process of re-attributing the targets requires both inhibiting the original description and representing the stimulus in a new way. (perceptual feature vs. semantic feature)  The groups were equivalent in their ability to represent the stimuli. WHY

25 25 Discussion  Clear bilingual advantage in the color shape game, but a more sporadic advantage in function-location game.  The Demands for response inhibition are the same in both games and the hierarchical rule structure (presented by Zelazo and his colleagues) is also the same. So, Why this is so? Color-Shape GameFunction-Location Game Perceptual featureSemantic Feature

26 26 Since the two games are similar in every other respect, this must be responsible for the divergence in performance by the two groups The next STUDY attempts to confirm this explanation by expanding the conditions based on this distinction between perceptual and semantic classification.

34 34 General Discussion Three main goals of these series of studies:  Bilingual advantage (perceptual vs. Semantic conditions)  In which conditions the bilingual advantage appears: Representation, response inhibition or conceptual inhibition  Understanding the cognitive demands of the task and how children develop these abilities 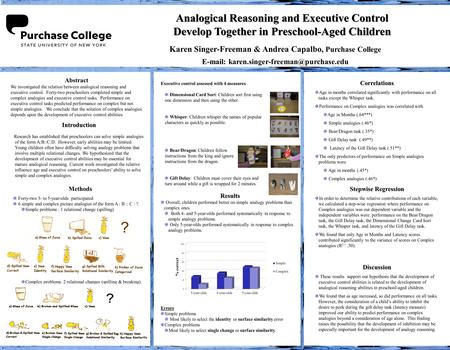 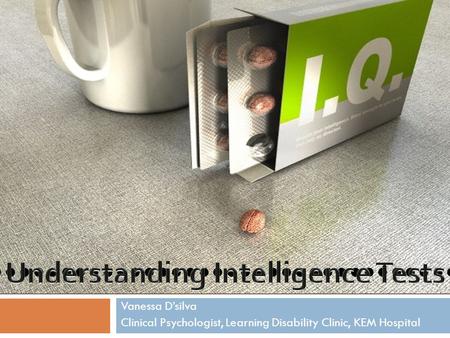 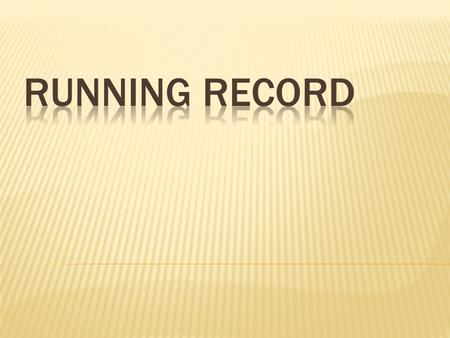  Running are a method of recording a student’s reading behavior. Running Records provide teachers with information that can be analyzed to determine. 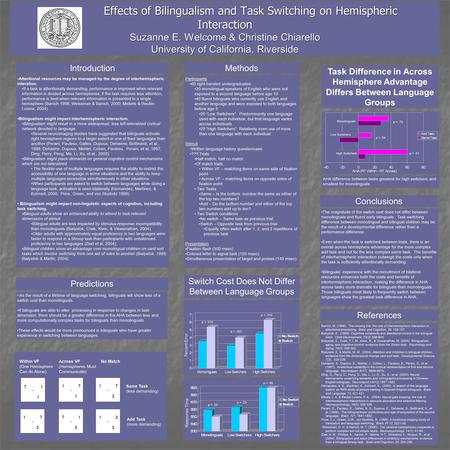 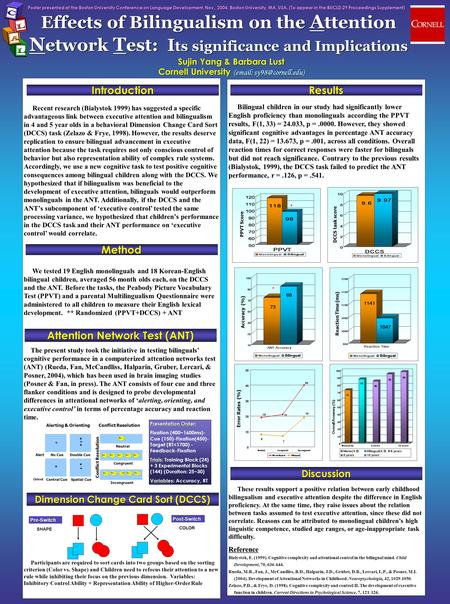 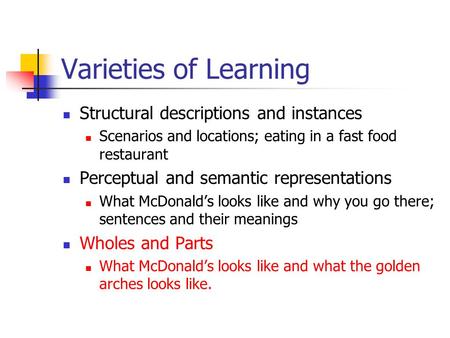 Varieties of Learning Structural descriptions and instances Scenarios and locations; eating in a fast food restaurant Perceptual and semantic representations. 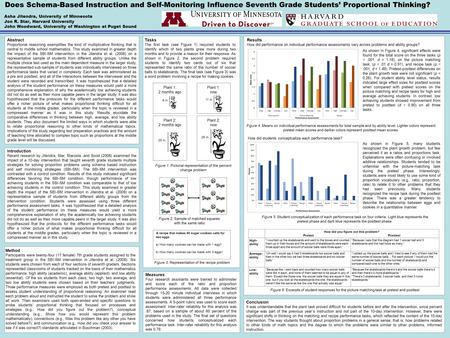 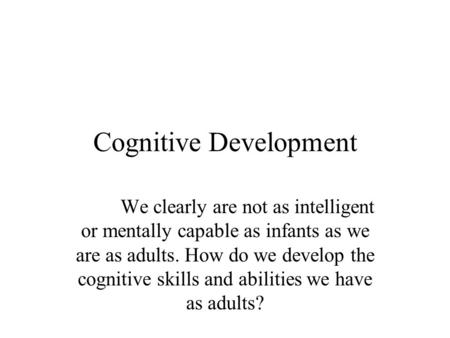 Cognitive Development We clearly are not as intelligent or mentally capable as infants as we are as adults. How do we develop the cognitive skills and. 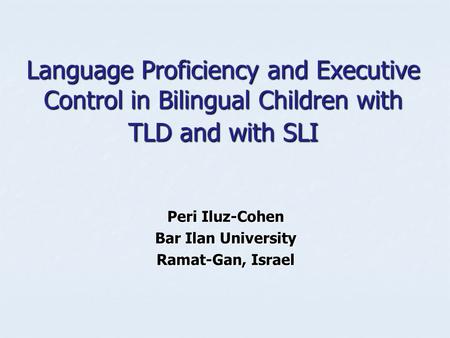 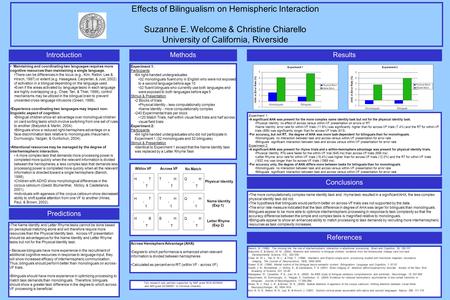 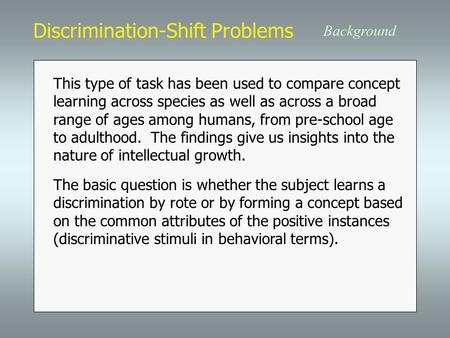 Discrimination-Shift Problems Background This type of task has been used to compare concept learning across species as well as across a broad range of. 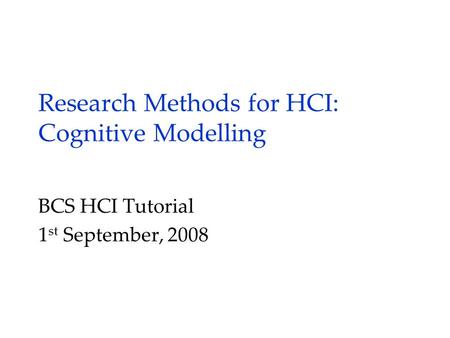 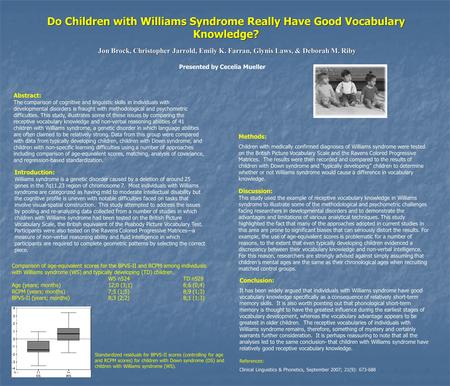 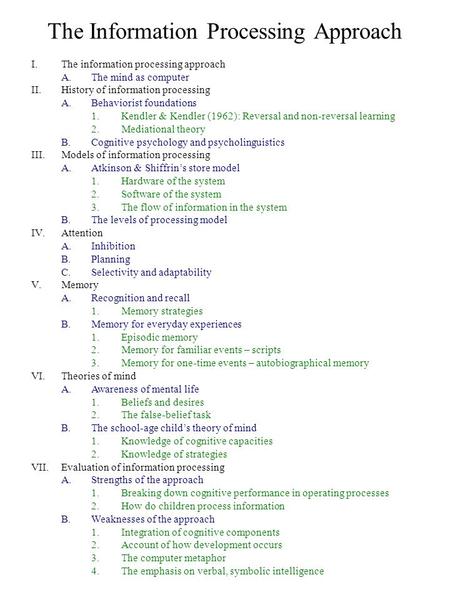 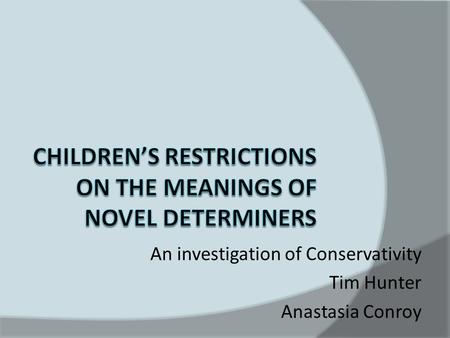 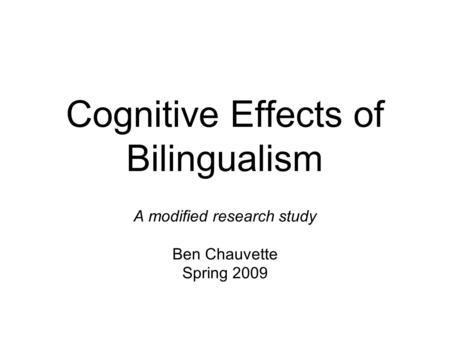 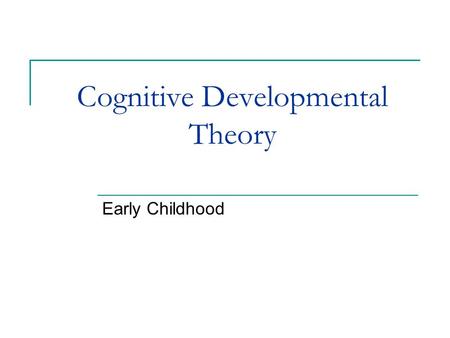