4 class / object / constructor terminology Programmer defined classes can be used as types, just like classes in the Java API can be used as types (e.g. String.)‏ Objects have attributes (data) and behaviors (methods.)‏ The data are the instance variables in a class. An object of a class is instantiated by declaring a variable of that type and initializing the object by calling a constructor of that class with the new operator. – e.g. Time time_object = new Time( ); here, we are creating an object (time_object), of a programmer defined class (Time).

5 class Time Time time_object = new Time( ); The above line would appear in a method of some class (not Time) that wishes to use a Time object. When this happens, memory for the object is allocated (by the new operator) and the instance variables of the class are initialized (by Time( ) ). The object has access to any public methods and data defined in the class. i.e. time_object is the object variable that has access to the public data and methods of class Time1.

6 Referring to members of a class via an object The. operator is used along with object to access particular members (data or methods) of a class. E.g. – Time start_time = new Time(12,55,0); – start_time.setTime(13,15,0); // dot operator used We may only access public members.

10 public / private members These private instance variables named, hour, minute and second, are only accessible within methods of Time. Because they are private, we cannot write code like: Time start_time = new Time(); start_time.hour = 12; start_time.minute = 100; start_time.second = 10; That's good because we shouldn't be able to set the minute to be 100 (it's valid range is 0-59). But then how would we change the hour or minute or second?

11 public / private members That's good because we shouldn't be able to set the minute to be 100 (it's valid range is 0-59). But then how would we change the hour, minute and second? This way: start_time.setTime(12, 100, 10); The above code will be allowed to be called but when setTime sees that minute is trying to be set to 100 which is not within the valid range it will set start_time's minute to be 0. An example call with a valid time (the time CS106 starts): start_time.setTime(10, 10, 0);

16 example Let’s add code (set and get methods) to the Time class and also create a class with a main method that will instantiate objects of type Time. 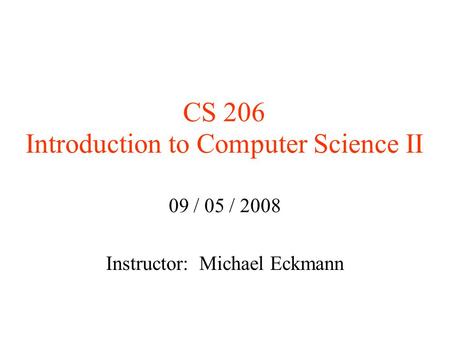 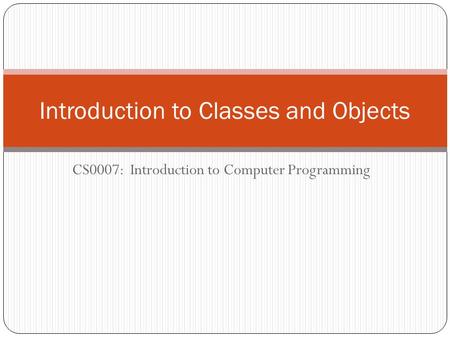 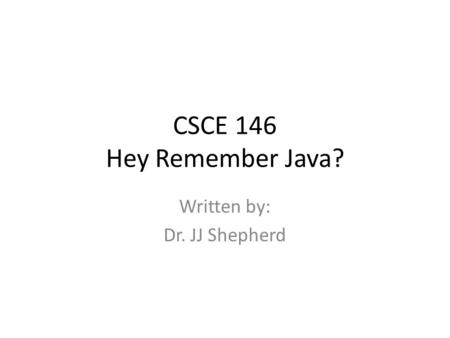 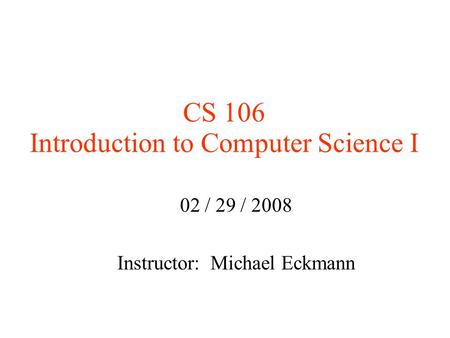 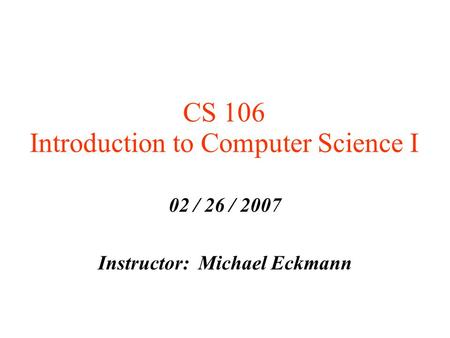 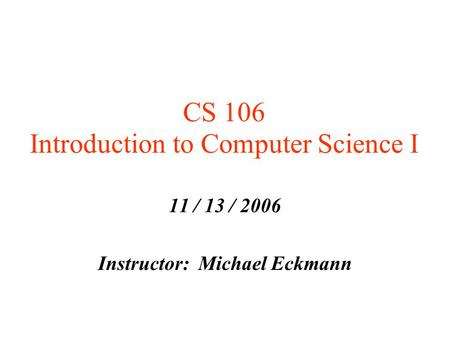 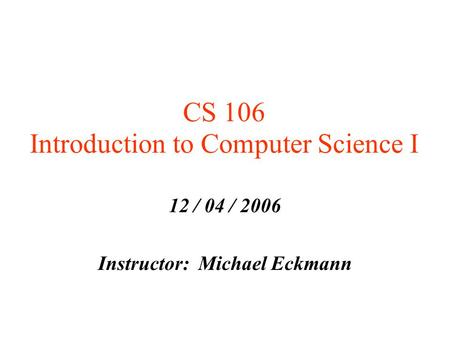 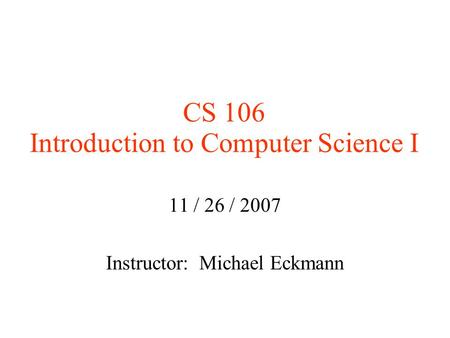 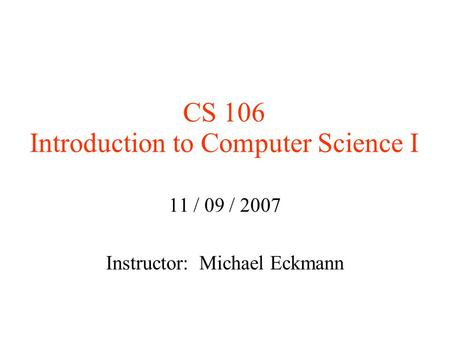 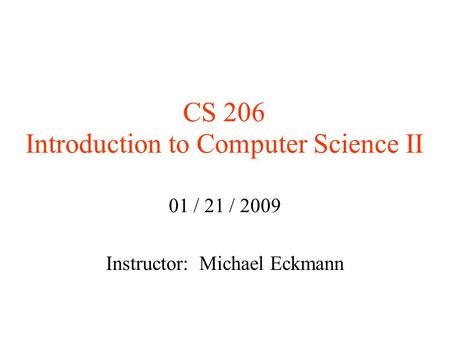 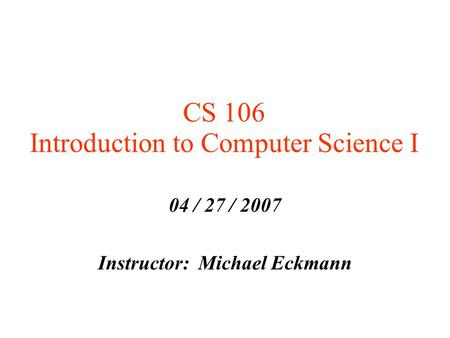 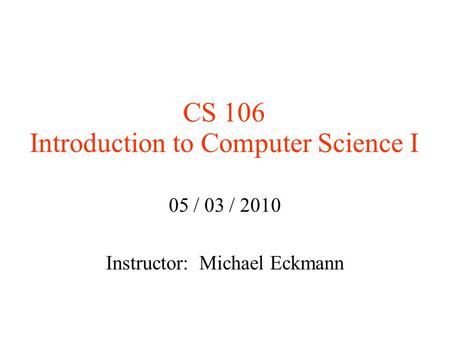 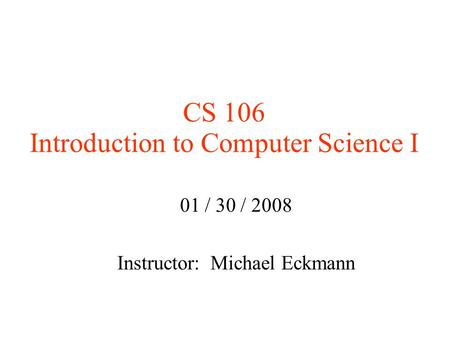 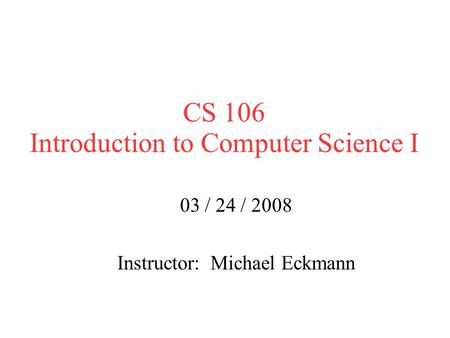 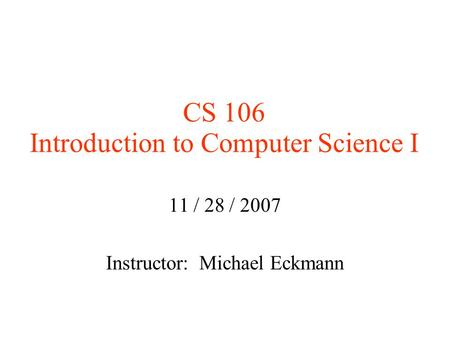 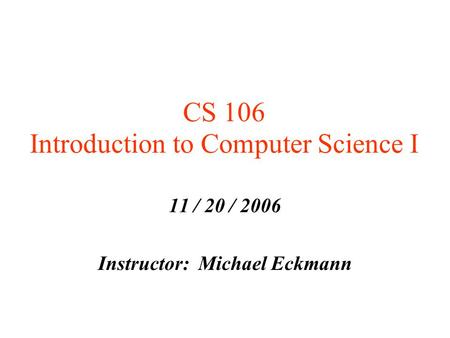 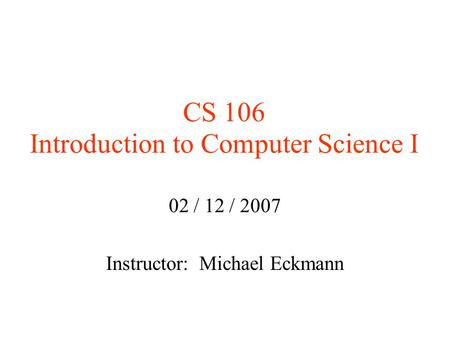 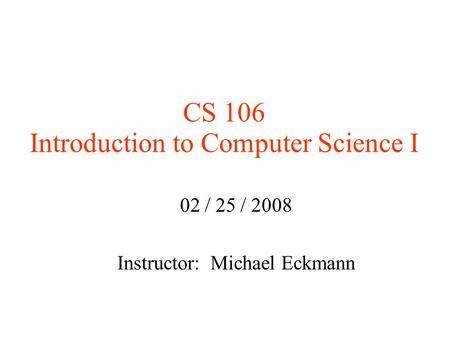