3 3 Hardware: CPU  Acronym for …  The “ brain ” of computer  Consists of a processing unit (the ALU), a control unit (the CU) and a set of registers (a few high- speed memory units for temporary use)  Fetch and execute instructions from the main memory until the computer is turned off ALU CU Register File CPU

8 8 Software: Program & Data  Program - a sequence of instructions specifying how the data is to be processed.  Data - input to the program, either supplied during runtime or pre-stored in the computer  Both program and pre-stored data are stored in the main memory  Originally, in secondary storage, e.g., CD or hard disk, before loaded into the main memory

9 9 Programming Languages (PL) Can You Understand This? Is This Better?

10 10 PL: Machine Languages  A CPU only understands its own machine language => portability problem  In Motorola 68000, the following 4 bytes is an instruction to move the value in register D3 to memory address 104.  In Intel 80486, the same sequence of bytes represents different instructions  Coding is tedious and error prone 192 49 104 0

17 17 SE: Development Process  Specify the task  Find an algorithm for its solution  Code the algorithm in a programming language  Prepare the source code (program) in a file, called source file  Test the code  Compile the source file to produce object code, stored in an object file  Link up the object code with any library module and load the loader to produce the final executable file  Run the executable file and debug any error 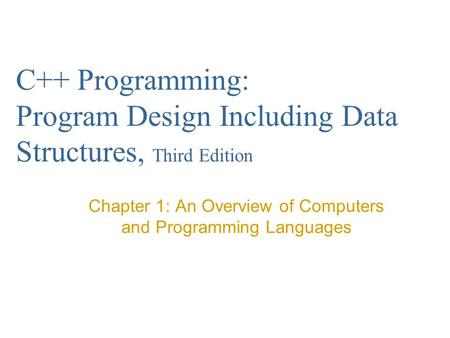 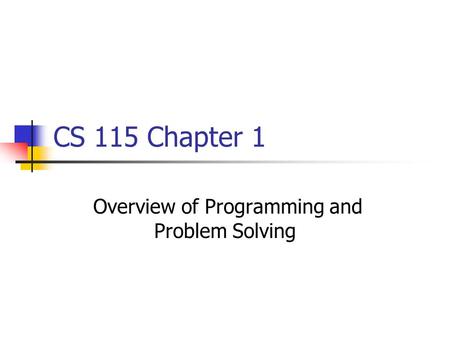 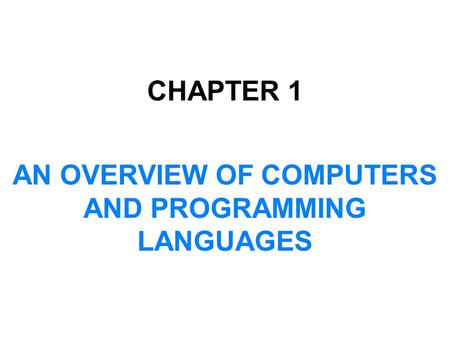