20 You’re never too old to streak!
STREAK PLATE METHOD OF ISOLATION Purpose of streaking:  To obtain pure, isolated colonies. Principle:  By spreading a large amount of bacteria over the large surface area of a plate, the amount of bacteria is diluted until individual cells are spread on the surface of the plate.  Each individual cell grows into a single colony. You’re never too old to streak!

21 Streak Plate Label the sterile nutrient agar plate with the source of the culture and your initials. . Sterilize the loop. . Using appropriate aseptic technique, remove a loopful from the mixed culture plate. . Lift the agar plate from the lid and streak about half of the plate. The loop should be parallel to the agar surface to prevent digging into the agar

27 Starting with a mixed culture, isolation of different species may be obtained by streaking

28 Contamination of a streak plate results from leaving the plate open too long or not shielding properly with the lid. Correct procedure

29 Which streak plate culture started as a pure culture. How can you tell?
Answer: the one on the right, because all colonies look alike. 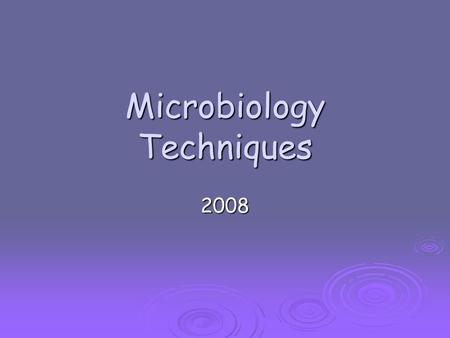 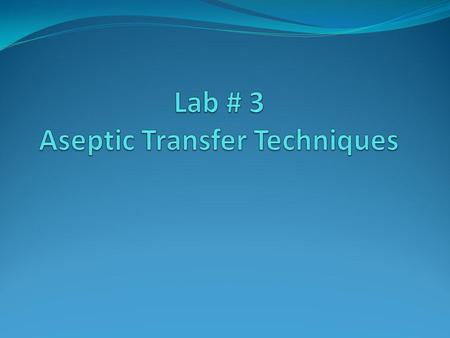 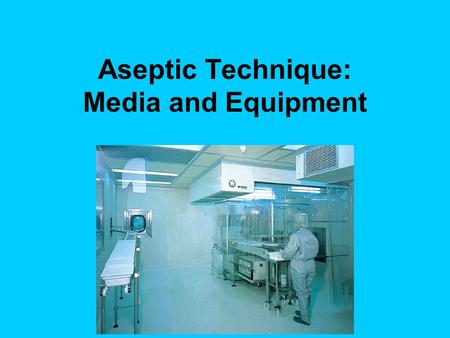 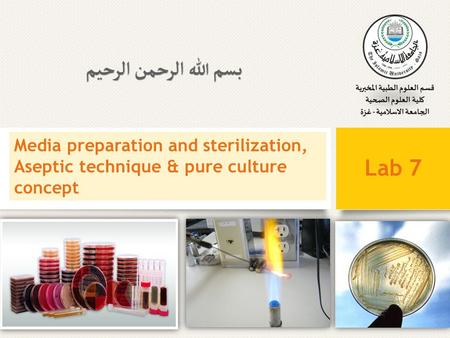 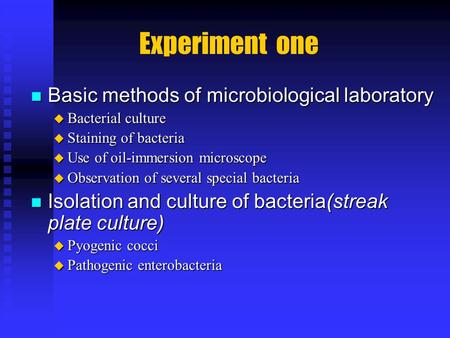 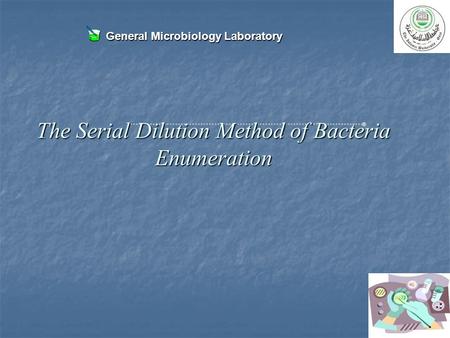 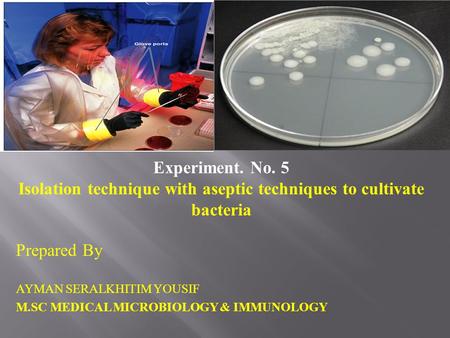 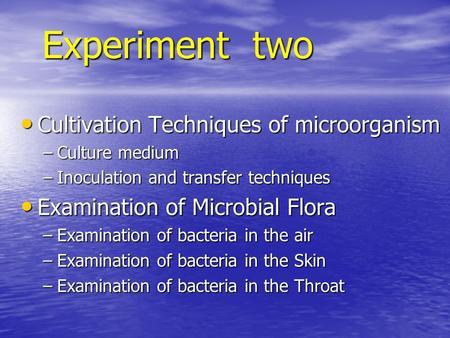 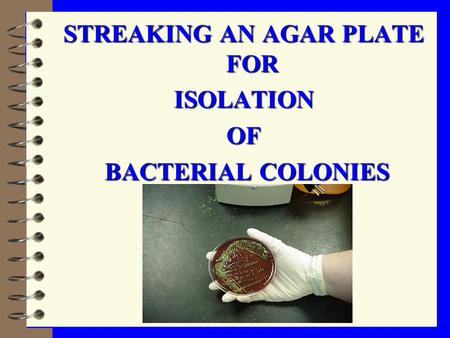 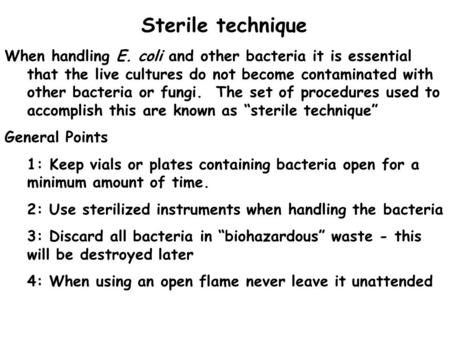 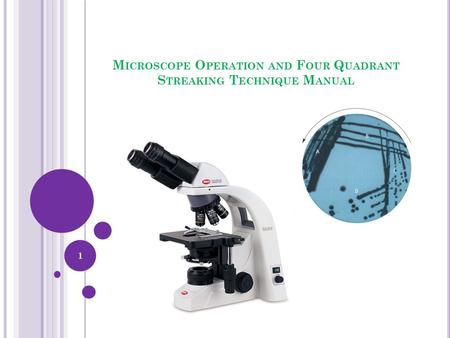 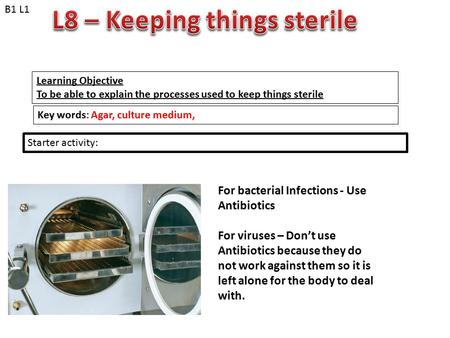 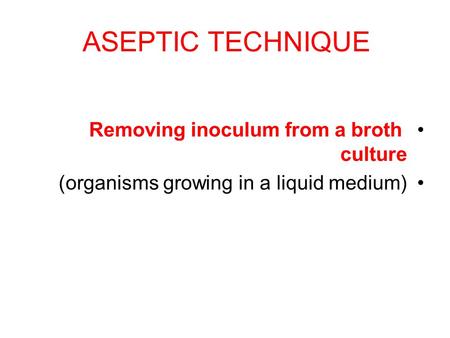 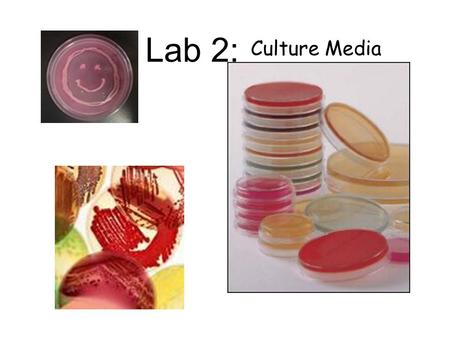 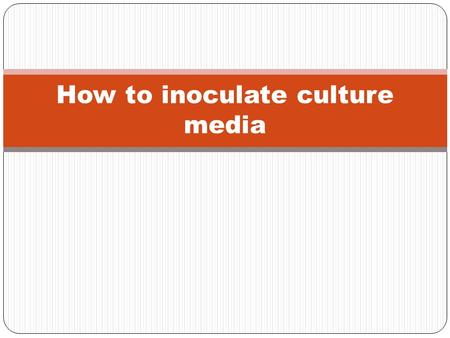 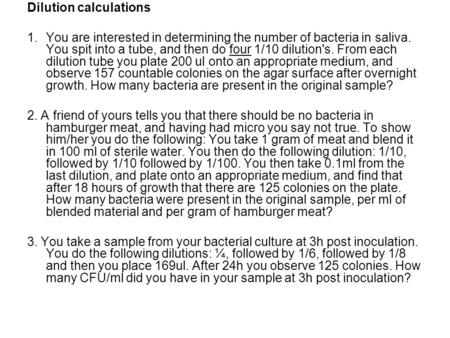 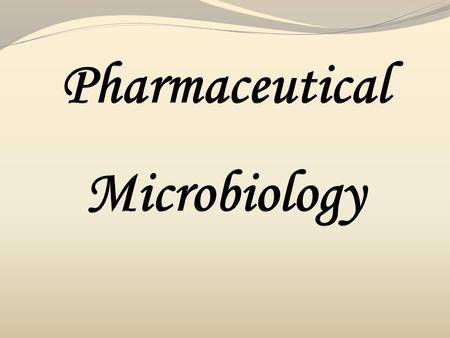 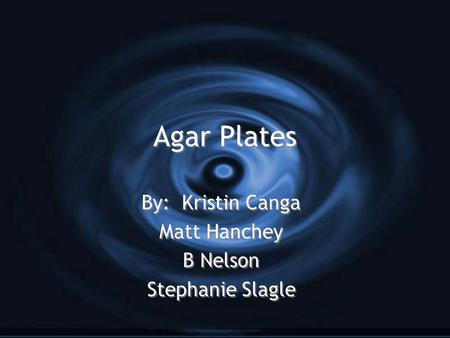 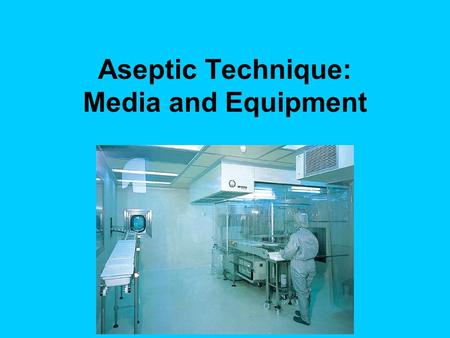 Aseptic Technique: Media and Equipment. Growth Medium A growth medium or culture medium is a liquid or gel designed to support the growth of microorganisms.