5 Spherical Coordinates
Can solve S.E. if V(r) function only of radial coordinate volume element is solve by separation of variables multiply each side by P D S.E.

12 3D Schr. Eqn.-Radial Eqn. For V function of radius only. Look at radial equation can be rewritten as (usually much better...) note L(L+1) term. Angular momentum. Acts like repulsive potential and goes to infinity at r=0 (ala classical mechanics) energy eigenvalues typically depend on 2 quantum numbers (n and L). Only 1/r potentials depend only on n (and true for hydrogen atom only in first order. After adding perturbations due to spin and relativity, depends on n and j=L+s). P D S.E.

14 Particle in spherical box
ForLl>0 solutions are Bessel functions. Often arises in scattering off spherically symmetric potentials (like nuclei…..). Can guess shape (also can guess finite well) energy will depend on both quantum numbers and so 1s 1p 1d 2s 2p 2d 3s 3d …………….and ordering (except higher E for higher n,l) depending on details gives what nuclei (what Z or N) have filled (sub)shells being different than what atoms have filled electronic shells. In atoms: in nuclei (with j subshells) P D S.E.

15 H Atom Radial Function For V =a/r get (use reduced mass)
Laguerre equation. Solutions are Laguerre polynomials. Solve using series solution (after pulling out an exponential factor), get recursion relation, get eigenvalues by having the series end……n is any integer > 0 and L<n. Energy doesn’t depend on L quantum number. Where fine structure constant alpha = 1/137 used. Same as Bohr model energy eigenfunctions depend on both n,L quantum numbers. First few: P D S.E.

18 Probability Density P is radial probability density
small r naturally suppressed by phase space (no volume) can get average, most probable radius, and width (in r) from P(r). (Supplement 8-A) P D S.E.

19 Most probable radius For 1S state
Bohr radius (scaled for different levels) is a good approximation of the average or most probable value---depends on n and L but electron probability “spread out” with width about the same size P D S.E.

22 Angular Probabilities
no phi dependence. If (arbitrarily) have phi be angle around z-axis, this means no x,y dependence to wave function. We’ll see in angular momentum quantization L=0 states are spherically symmetric. For L>0, individual states are “squished” but in arbitrary direction (unless broken by an external field) Add up probabilities for all m subshells for a given L get a spherically symmetric probability distribution P D S.E. 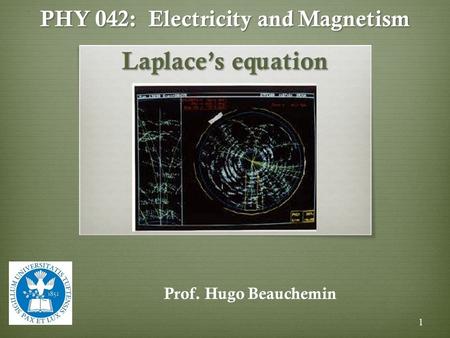 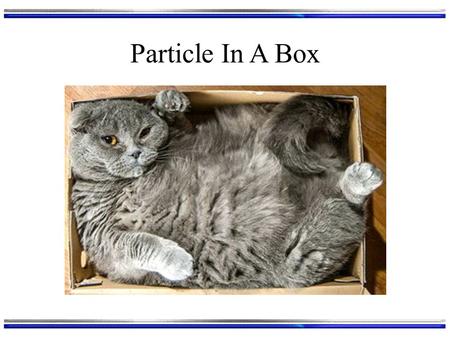 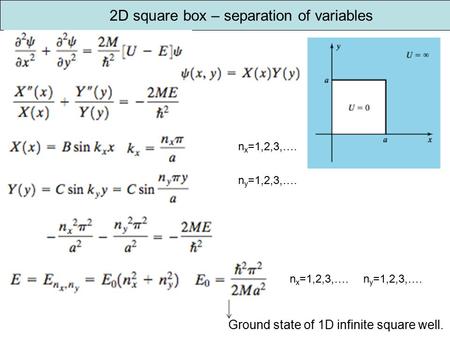 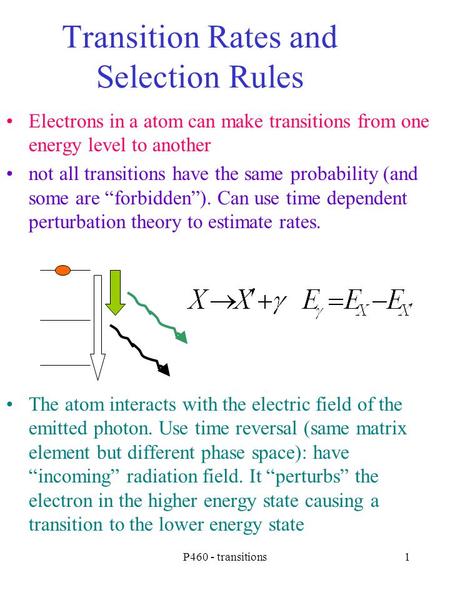 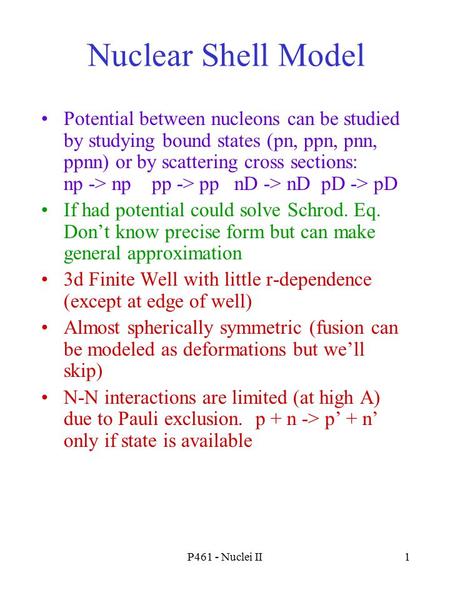 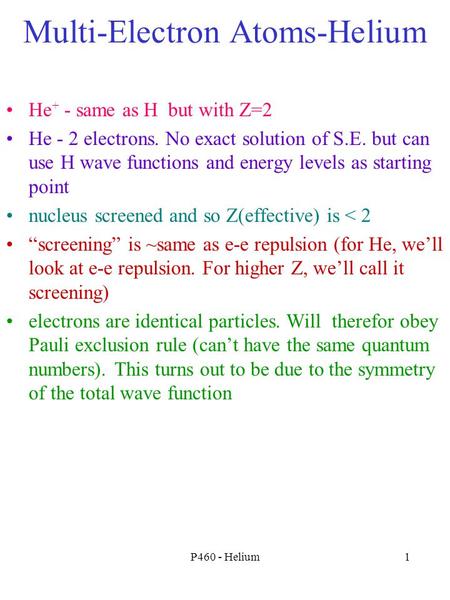 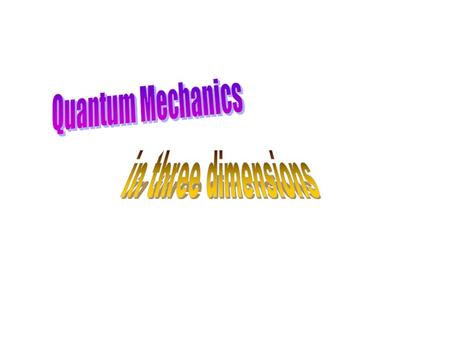 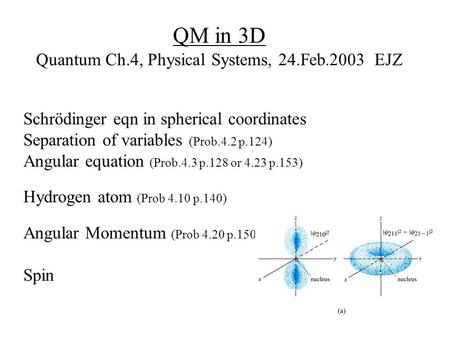 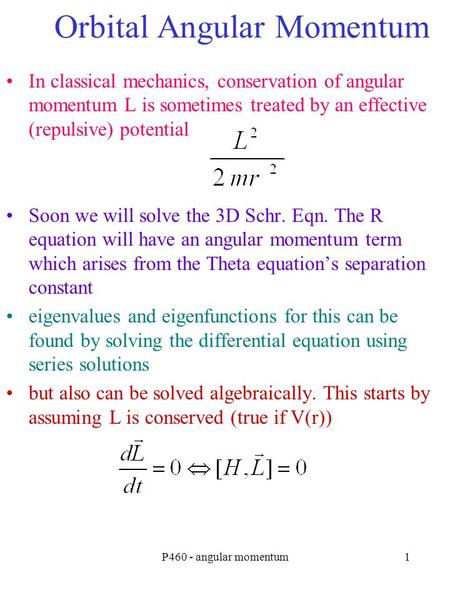 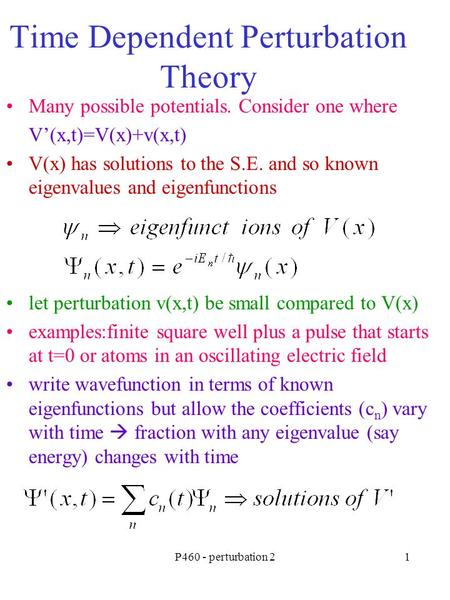 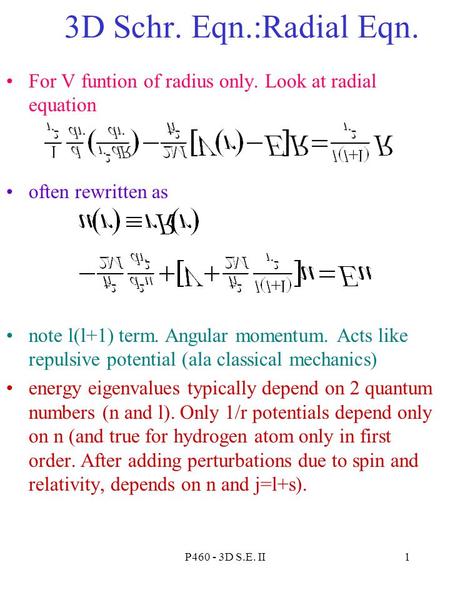 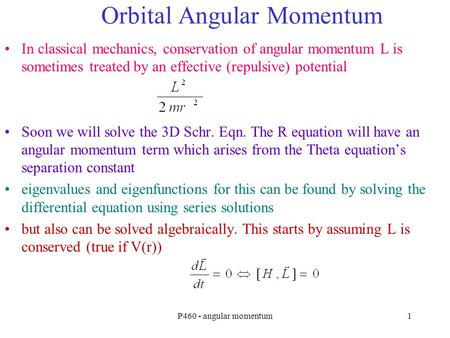 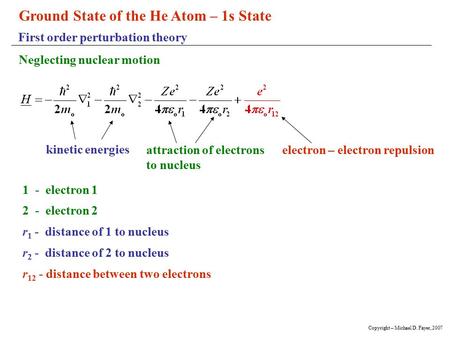