9 30 th June 2004Daniel Bowerman9 Prototype DAQ The 30 layers of VFE PCBs are read out through 6 readout boards when triggered The readout boards are housed in a 9U VME crate Boards developed by RAL, IC and UCL Layers face each other so have 2 types of half-filled VFE PCBs: right and left In 9U VME crate

12 30 th June 2004Daniel Bowerman12 System Tests Extensive tests in Paris over the last few months… Noise Calibration with DAC Cosmics Aim To check Problems: are there things which need to be changed? Uniformity: do all channels look similar? Stability: is the system stable with time? Dynamic range and signal/noise: are they sufficient? Optimisation: are there changes which will improve the system? All test results from P. Dauncey and C. Fry

17 30 th June 2004Daniel Bowerman17 Stability of the System Continuous data for 2.5 days; check pedestals vs time Drifts of up to 15 ADC counts (2σ) seen Same trend in all channels Very similar within a chip, less so chip-to-chip Temperature, Power to the chip? Need to monitor temperature & power in future to check this

24 30 th June 2004Daniel Bowerman24 Particle Clustering Algorithm Algorithm mixes tracking and clustering aspects. Sum hits withn cell; apply threshold of ⅓ MIP. Form clusters in layer 1 of ECAL. Associate each hit in layer 2 with nearest hit in layer 1 within cone of angle α. If none, initiate new cluster. Track onwards layer by layer through ECAL and HCAL, looking back up to 2 layers to find nearest neighbour, if any. Work by C.Ainsley

30 30 th June 2004Daniel Bowerman30 Prototype Status and Timelines ECAL prototype components status: All elements of the ECAL prototype are at or are close to schedule All wafers/PCB’s tested by October 2004 Plan for low energy electron test beam at DESY before the end of the year High energy electron/hadron test beams with HCAL at FNAL/IHEP next year Details of exact test beam program are being put together US funding issues are of some concern for HCAL effort 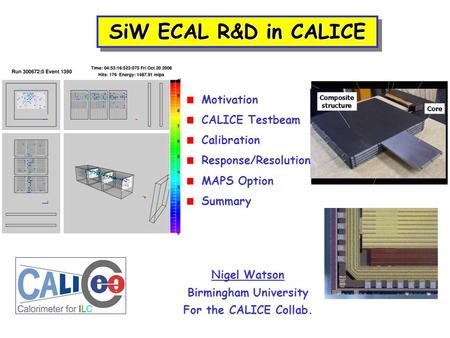 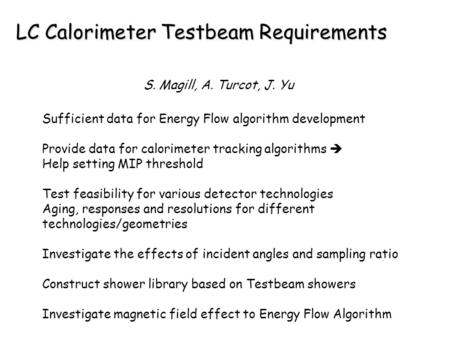 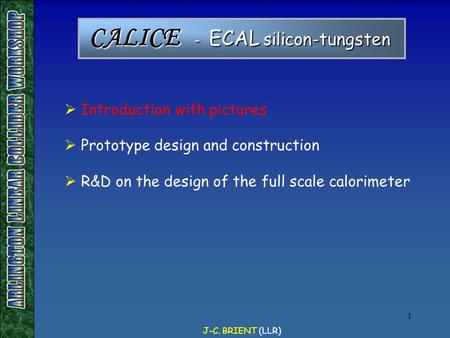 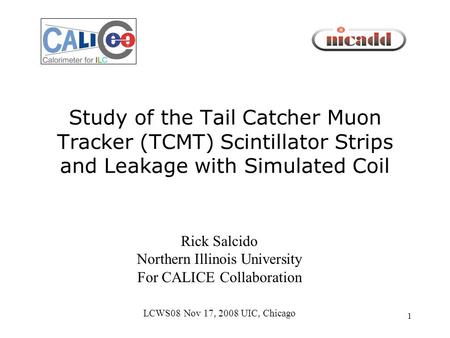 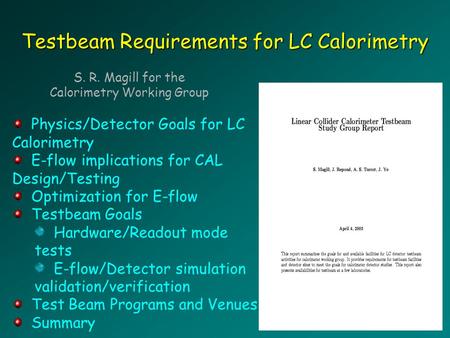 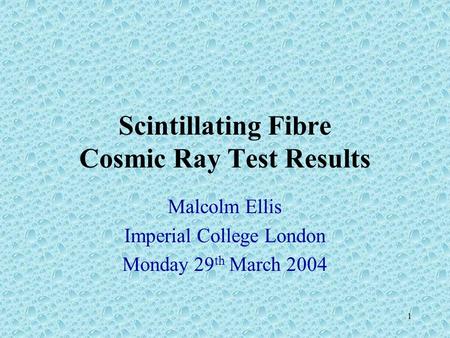 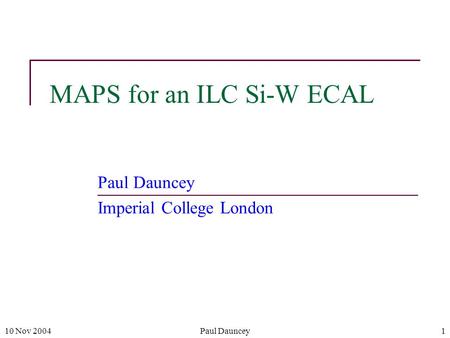 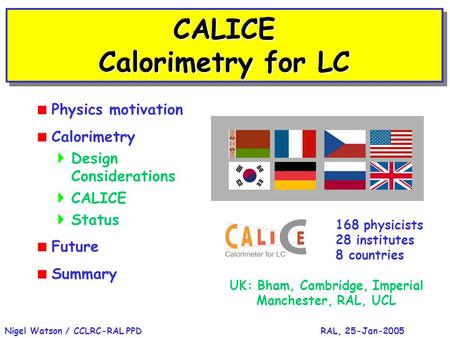 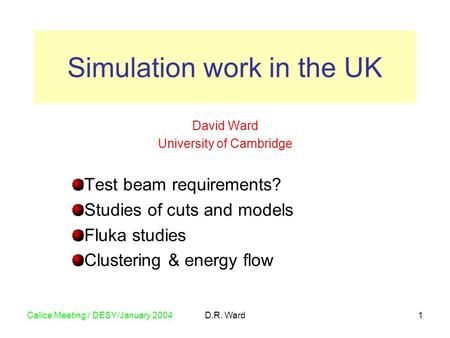 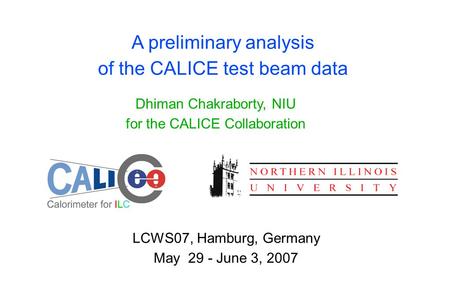 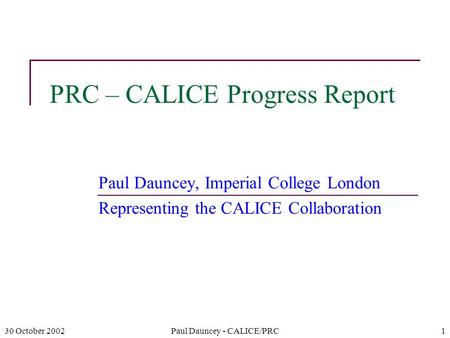