4 Organization structure 1. Complexity  The amount of differentiation in an organization  The more division of labor there is in organization, the more vertical levels in the hierarchy, and the more geographically dispersed the organization’s units, the more difficult (complex) it is to coordinate people and their activity

10 Authority Chain of command: the flow of authority from the top to the bottom of an organization Staff authority: authority given to individuals who support, assist, advise others who have line authority. It is happened because organization become larger and more complex, line managers find that they do not have the time, expertise, or resources to get their job done effectively.

12 Acceptance theory of authority “comes from the willingness of subordinates to accept it” (Chester Barnard) Subordinates will accept orders only if the following condition are satisfied: They understand the order They feel the order is consistent with the purpose of organization The order does not conflict with their personal beliefs They are able to perform the task as directed

14 Authority and power Authority : legitimate right that’s held because of a person’s position in an organization. Authority goes with the job. Power refers to an individual’s capacity to influence decision. Span of control: how many subordinates a manager can effectively supervise. It’s another vertical dimension that managers must address when designing an appropriate organization structure. 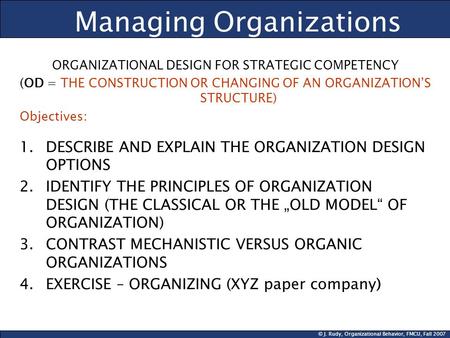 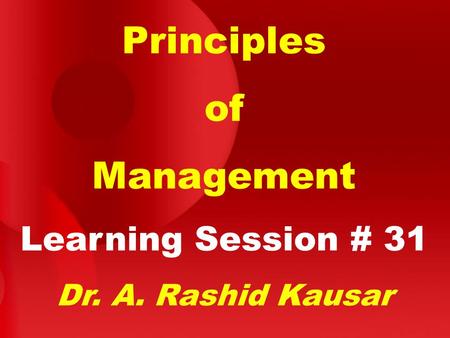 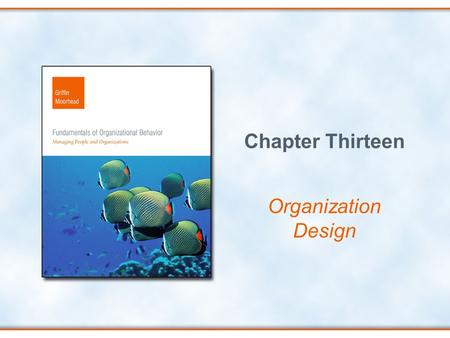 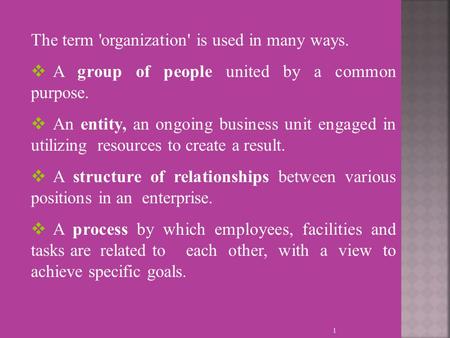 The term 'organization' is used in many ways.  A group of people united by a common purpose.  An entity, an ongoing business unit engaged in utilizing. 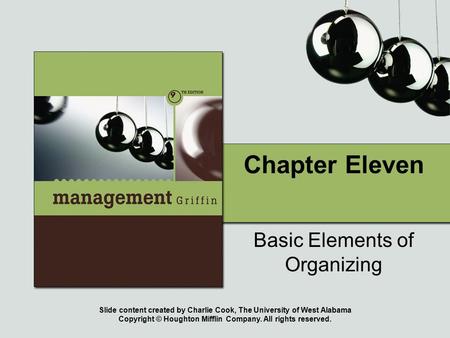 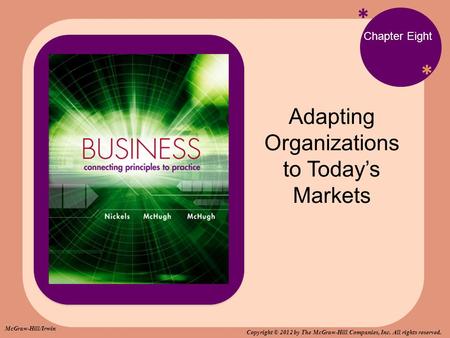 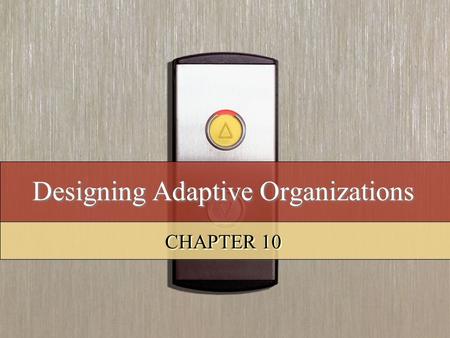 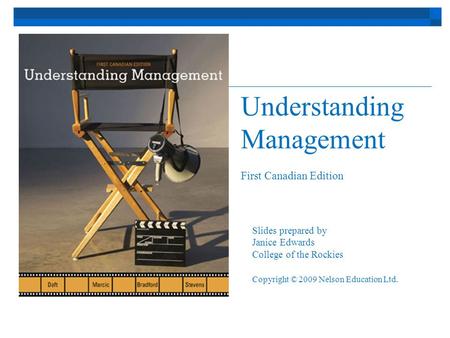 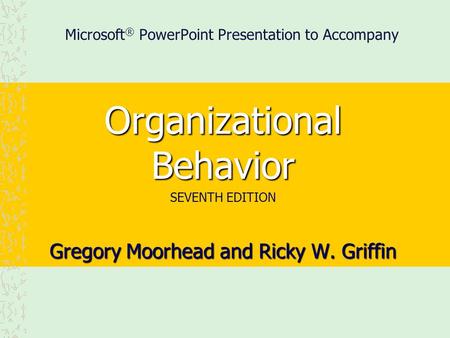 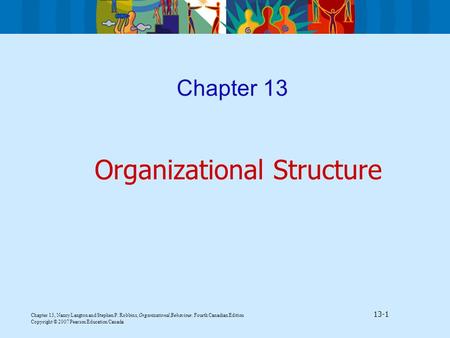 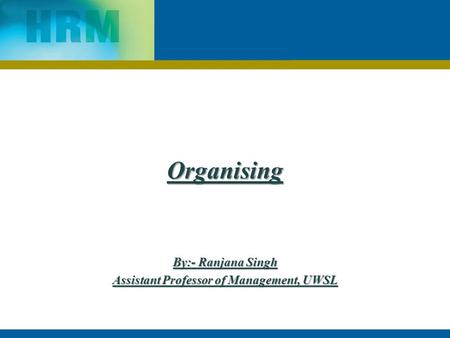 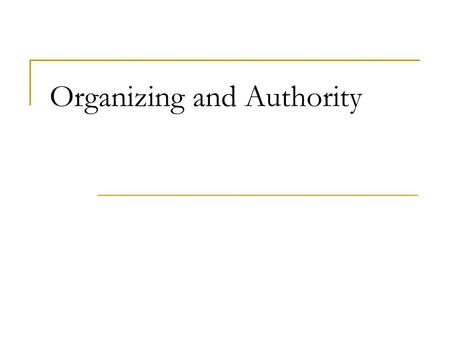 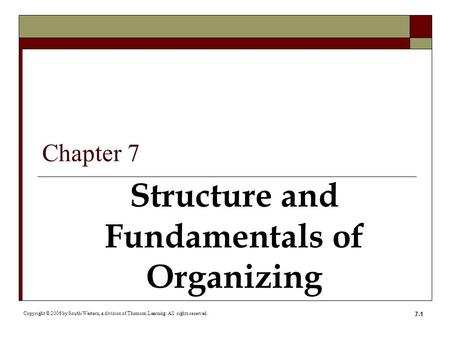 Structure and Fundamentals of Organizing 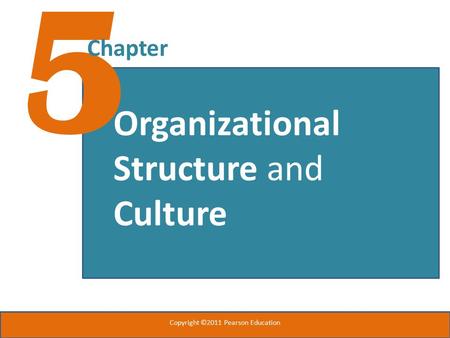 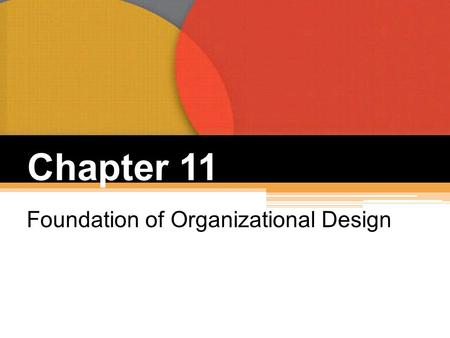 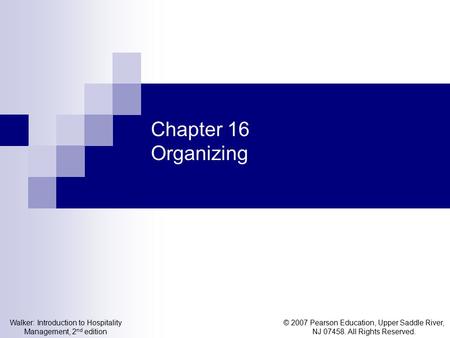 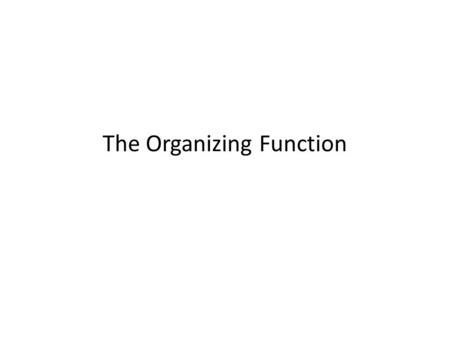 The Organizing Function. What is Organizing? Organizing is the deployment of organizational resources to achieve strategic goals. 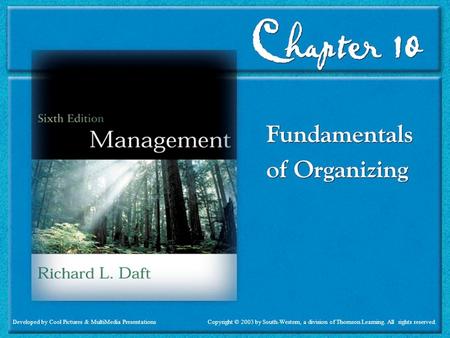 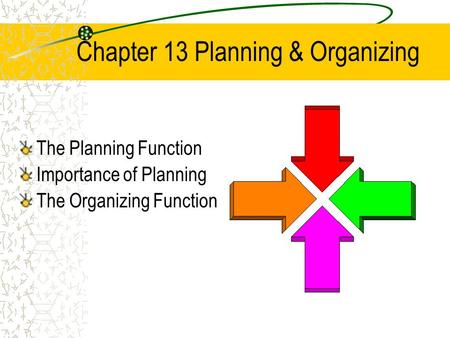 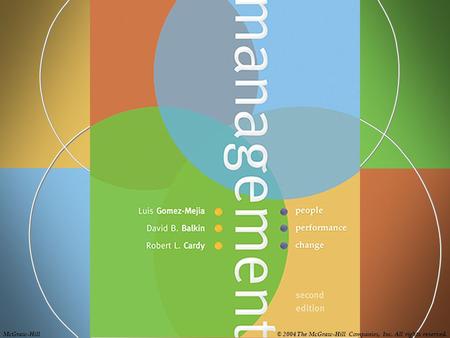