5 Structure of the HIV virion HIV has an RNA genome Viral RNA is enclosed within a capsid inside of the viral envelope Glycoproteins on viral envelope bind to cell surface molecules on human cells The RNA genome encodes a reverse transcriptase enzyme, a DNA polymerase that uses RNA as a template HIV RT synthesizes a DNA copy of the viral RNA

7 HIV infection cycle 1. Virus binds receptors on host cell membrane and enters cell. Envelope and capsid are degraded. 2. HIV reverse transcriptase (RT) catalyzes formation of DNA that is complementary to the viral RNA 3. Double-stranded DNA is made 4. Integration of viral dsDNA into host chromosome catalyzed by HIV integrase 5. Viral genes are transcribed into a long messenger RNA 6. Viral mRNA is translated into a polyprotein that is processed (cut up into functional proteins) by HIV protease 7. New HIV virus particles are assembled in the cytoplasm of the infected cell 8. New viruses bud from the host cell and can infect another susceptible cell

9 Late in HIV infection 1.HIV mutates rapidly due to mistakes made by reverse transcriptase (~ 1 in 5,000 bases). 2.HIV variants occur that can bind receptors on other immune cells and this induces apoptosis. 3.Lack of immune cells severely impairs response to secondary infections and cancer.

18 Treatment of HIV infection Drug therapies have cut the mortality rate from AIDS in half since 1996. Patients take a combination of antiretroviral drugs known as highly active antiretroviral therapy, or HAART Cocktails containing two reverse transcriptase inhibitors and a protease inhibitor are commonly used Side effects and cost (>$12,000/year) make staying on treatments difficult for most people.

20 Mysteries remain Multidrug resistance: After several years on ANY anti-HIV therapy, the drugs become less effective Due to mutations in the target proteins A 2003 study showed that mutations in HIV protease decrease the affinity for drugs by 100-1000 fold. But the affinity for the natural HIV substrate was only slightly reduced. (Biochemistry, web release 10/30/03)

21 Mysteries remain: HIV virus levels can be dropped below detectable levels, yet come back in huge amounts => reservoirs of HIV “hide” from drugs. SIV does not cause disease in African monkeys. HIV can infect some monkeys, does not replicate after entering cell. What do African monkeys have that we need??

22 TRIM5a protein in monkeys stops HIV and SIV from replicating soon after it enters the cell This is why monkeys don’t get HIV Human TRIM5 doesn’t work as well, so we get infected Nature 427 848-853 (2004) 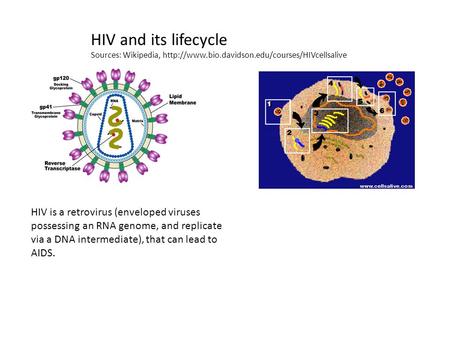 HIV and its lifecycle Sources: Wikipedia, HIV is a retrovirus (enveloped viruses possessing an RNA genome, 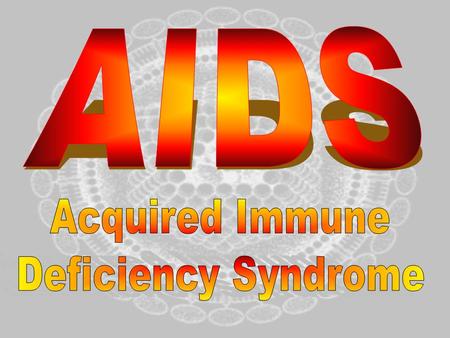 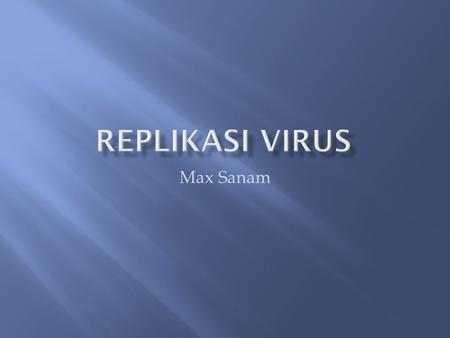 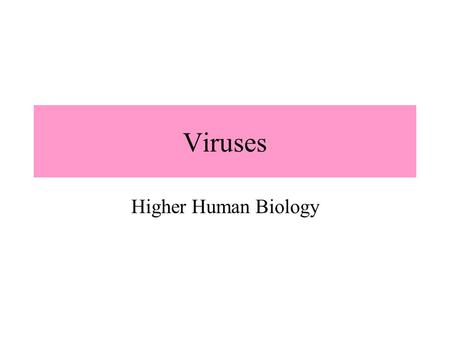 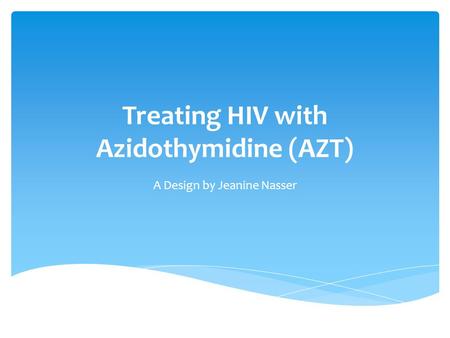 Treating HIV with Azidothymidine (AZT) A Design by Jeanine Nasser. 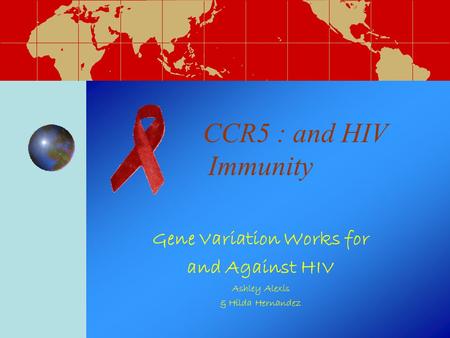 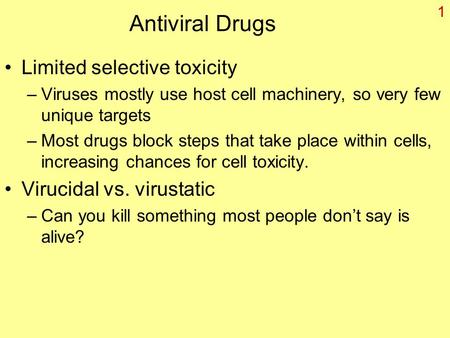 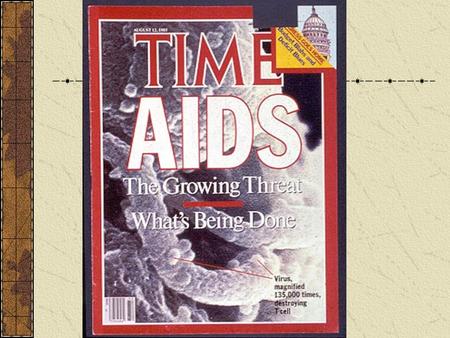 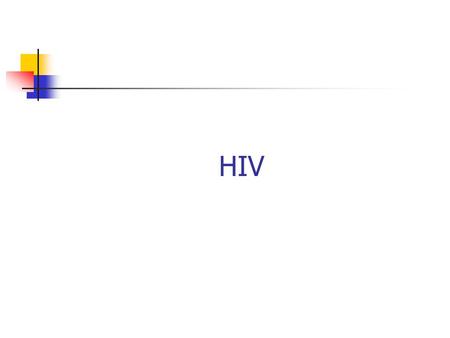 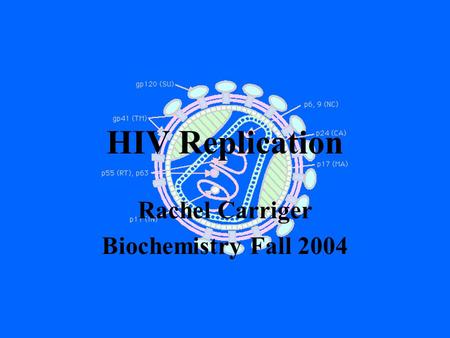 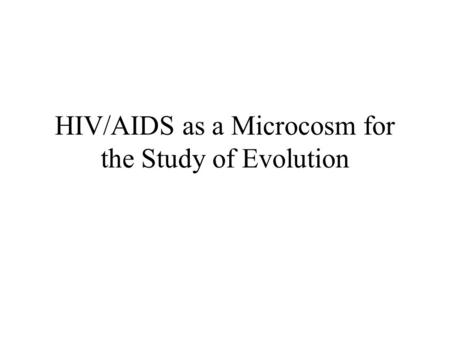 HIV/AIDS as a Microcosm for the Study of Evolution. 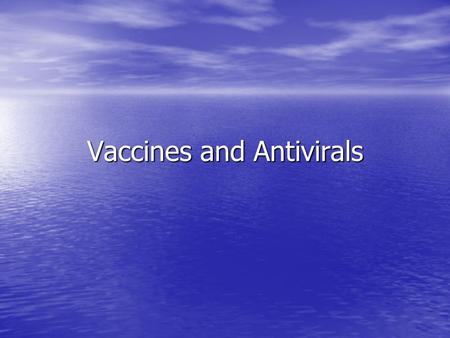 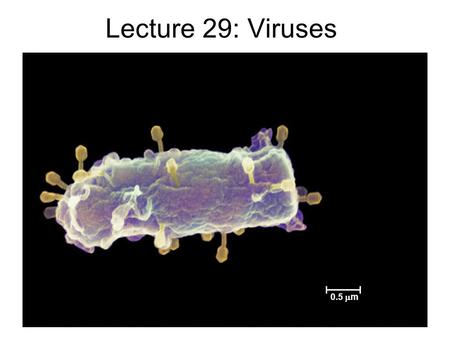 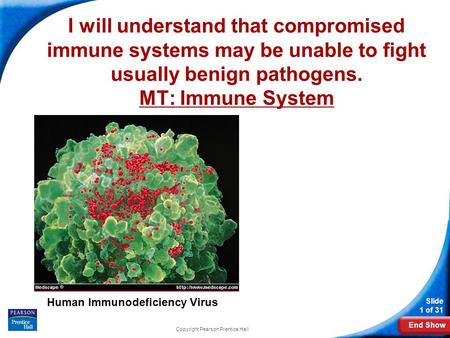 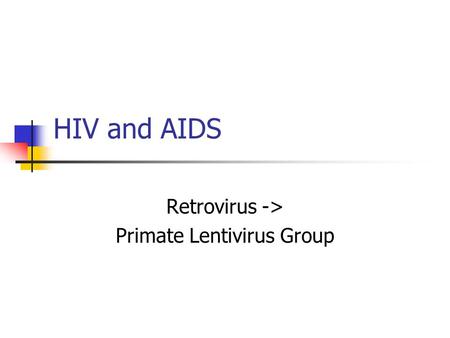 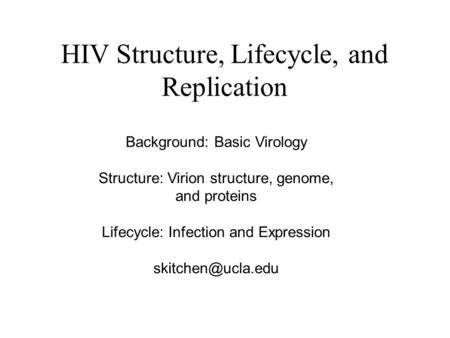 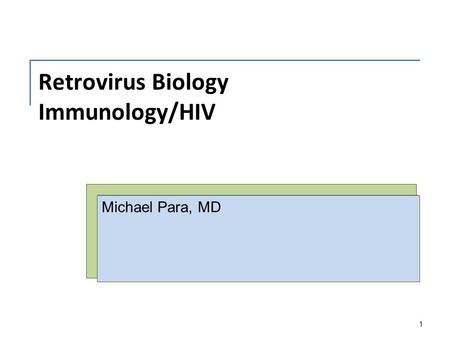 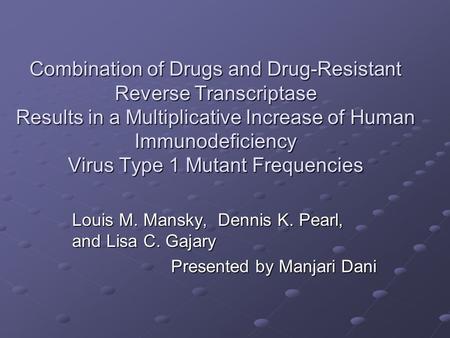