2 CERN IT Department CH-1211 Genève 23 Switzerland www.cern.ch/it The LHC Data Challenge Once the accelerator is completed it will run for 10-15 years Experiments will produce about 15 Million Gigabytes of data each year (about 20 million CDs!) LHC data analysis requires a computing power equivalent to ~100,000 of today's fastest PC processors Requires many cooperating computer centres, as CERN can only provide ~20% of the capacity Ian Bird, CERN, IT Department

3 CERN IT Department CH-1211 Genève 23 Switzerland www.cern.ch/it Solution: the Grid Use the Grid to unite computing resources of particle physics institutions around the world The World Wide Web provides seamless access to information that is stored in many millions of different geographical locations The Grid is an infrastructure that provides seamless access to computing power and data storage capacity distributed over the globe Ian Bird, CERN, IT Department

4 CERN IT Department CH-1211 Genève 23 Switzerland www.cern.ch/it How does the Grid work? It makes multiple computer centres look like a single system to the end-user Advanced software, called middleware, automatically finds the data the scientist needs, and the computing power to analyse it. Middleware balances the load on different resources. It also handles security, accounting, monitoring and much more. Ian Bird, CERN, IT Department

9 Grid activity Workload continues to increase – At the scale needed for physics Distribution of work across Tier0/Tier1/Tier 2 really illustrates the importance of the grid system – Tier 2 contribution is around 50%; >85% is external to CERN Tier 2 sites Tier 0 + Tier 1 sites

11 LCG has been the driving force for the European multi- science Grid EGEE (Enabling Grids for E-sciencE) EGEE is now a global effort, and the largest Grid infrastructure worldwide Co-funded by the European Commission (Cost: ~170 M€ over 6 years, funded by EU ~100M€) EGEE already used for >100 applications, including… Impact of the LHC Computing Grid in Europe Medical Imaging Education, Training Bio-informatics Ian Bird, CERN, IT Department 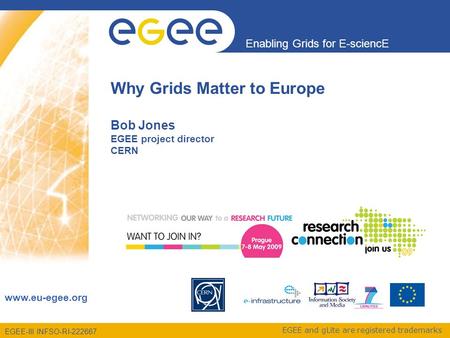 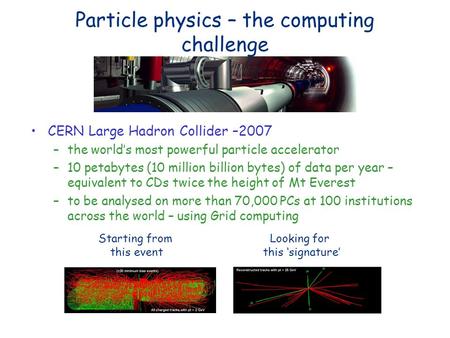 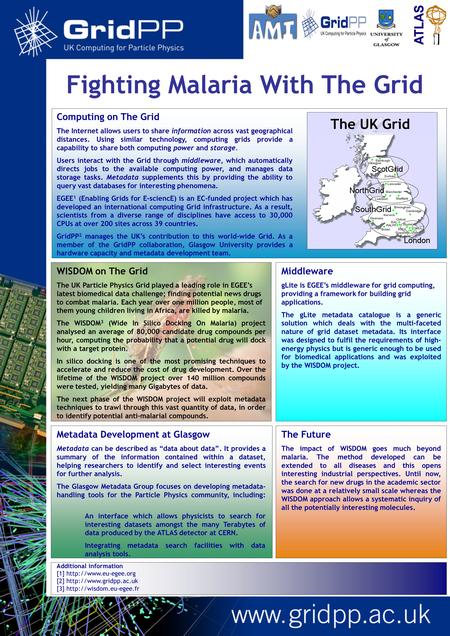 Fighting Malaria With The Grid. Computing on The Grid The Internet allows users to share information across vast geographical distances. Using similar. 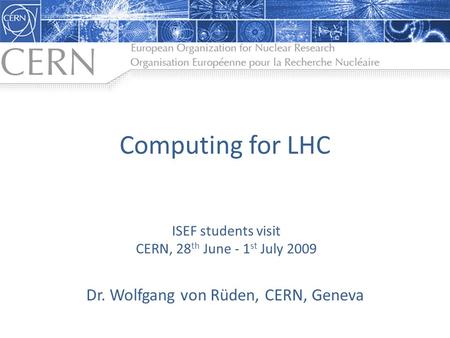 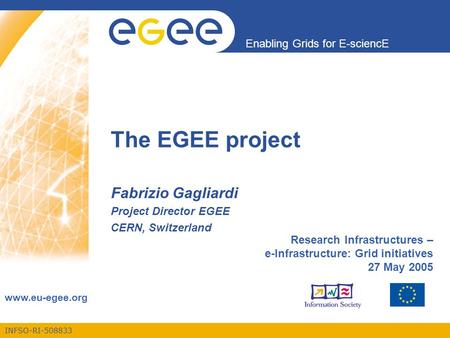 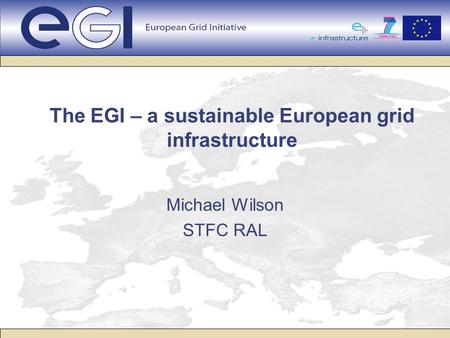 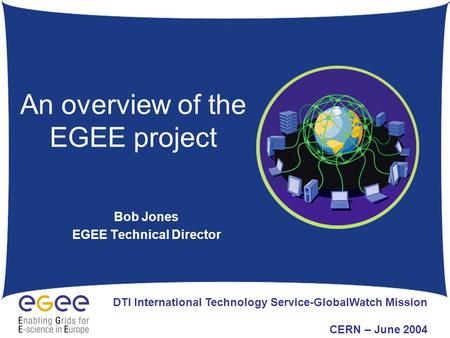 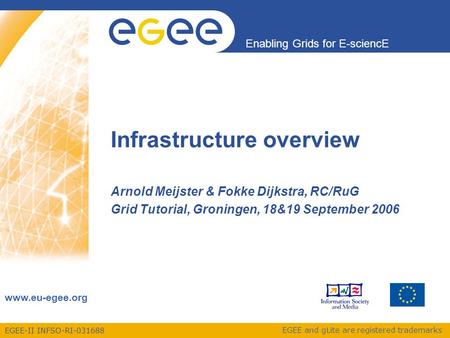 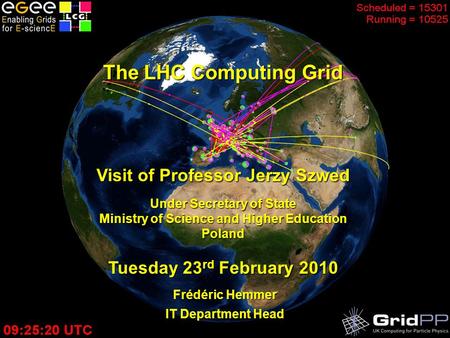 CERN IT Department CH-1211 Genève 23 Switzerland Visit of Professor Jerzy Szwed Under Secretary of State Ministry of Science and Higher. 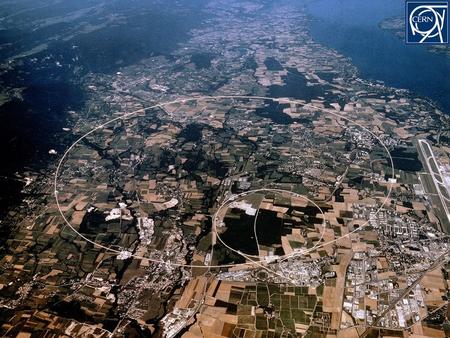 1. 2 CERN European Organization for Nuclear Research Founded in 1954 by 12 countries – Norway one of them Today: 20 member states, around 2500 staff – 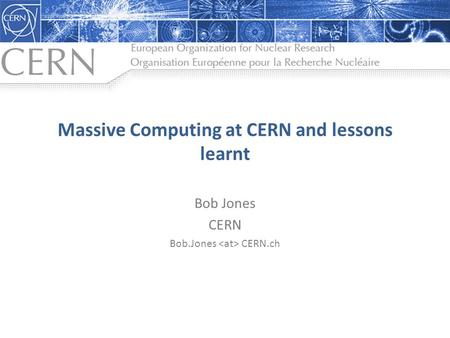 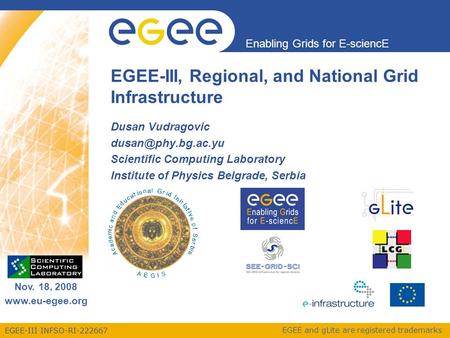 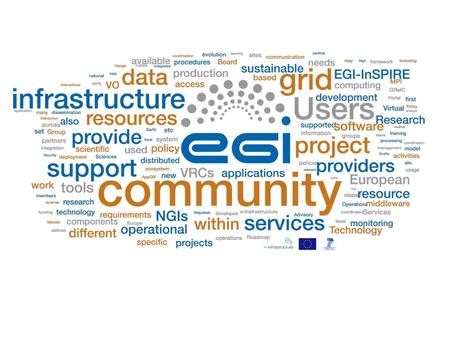 What is EGI? The European Grid Infrastructure enables access to computing resources for European scientists from all fields of science, from Physics to. 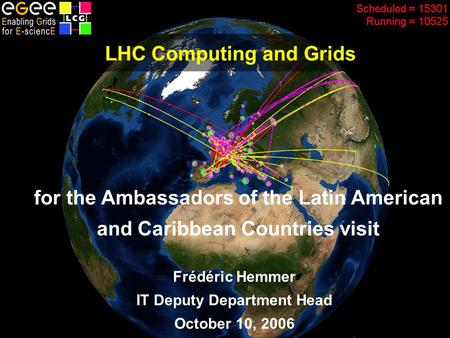 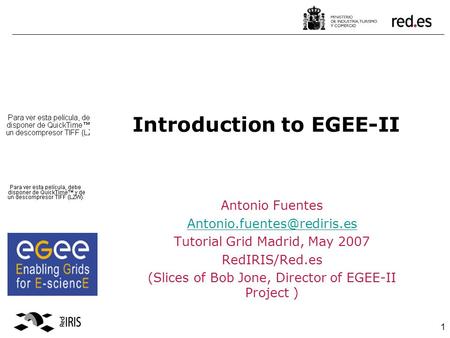 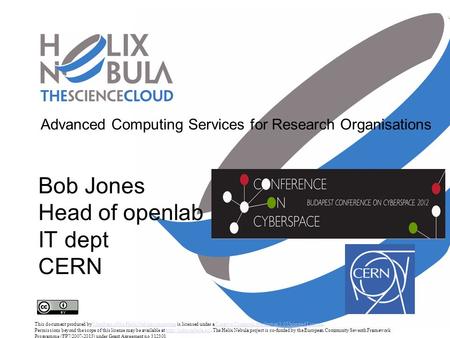 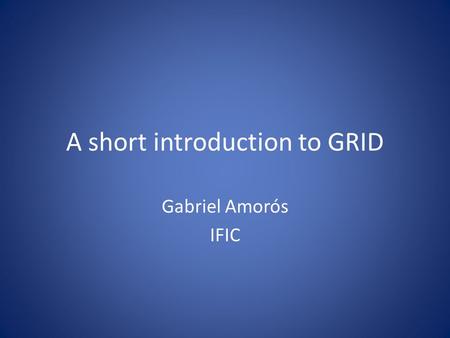 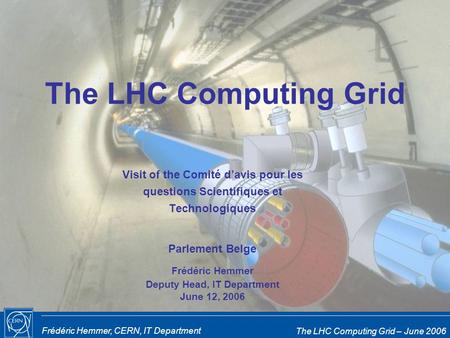 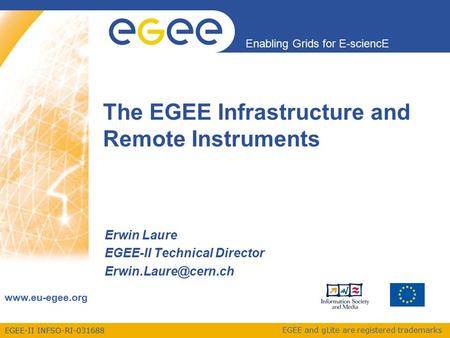 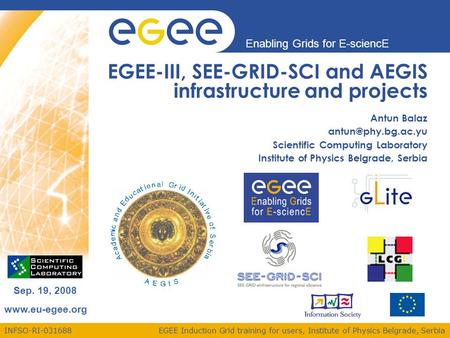