1 Spot and Forward Rates, Currency Swaps, Futures and Options
Spot Rate (SR): Most transactions are completed in 2 days, enough time to debit and credit the necessary accounts both at home and abroad Example: R = $/£ = $2 per £ Forward Rate (FR): Best thought of as a “contract” to buy or sell a specified amount of currency at a future date at a price agreed upon today (usually a 10% margin requirement). Calculate Forward Premium or Discount: FD or FP = [(FR – SR)/SR] X 4 X 100 (the 4 annualizes the FD or FP due to the usual 3 month period [1/4 of a year] of the contract)

2 Currency Swaps: Combined transactions are treated as one which saves transactions costs
Sell currency (in the spot market) and simultaneously repurchase the same currency in the forward market: mostly used by banks Example: Suppose Regions Bank receives 5 million Euros that it will need in 3 months. However, they would prefer to hold dollars for the next 3 months (until they need the Euros). They execute a currency swap: They sell the Euros in the spot market and simultaneously repurchase Euros in the forward market. Spot Transactions and Swaps are the most common transactions in interbank trading 40% spot 10% forward 50% swaps

3 Foreign Exchange Futures: Began in 1972 and they are becoming more popular
Contract size is fixed (approximately $100,000) Daily limit is set on rate fluctuations Only 4 dates per year are available: the 3rd Wednesday in March, June, September and December Only a few currencies are traded: Yen, Mark, Canadian $, British £, Swiss Franc, Australian $, Mexican Peso, Euro and U.S. $ Only traded in a few locations: Chicago, New York, London, Frankfurt, and Singapore Amounts are usually smaller than in the forward market The forward and futures market are connected through arbitrage. Transactions costs are higher than in the forward market The market is increasing in size and importance.

6 Foreign Exchange Risks, Hedging and Speculation:
If a future payment is to be made or received [called an open position], risk is involved. Reason: Both the spot and forward rate are constantly in motion However, most people are risk averse—especially “bidness” people Types of Exposure: Transaction Exposure (future payment/receipt) Accounting Exposure (valuation of inventories and assets abroad translated into native currency) Economic Exposure (future profitability valued in domestic currency

8 Alternative to the Previous Hedge:
Importer: Buy £100,000 forward for delivery in 3 months at today’s forward rate If £’s at the 3 month forward rate are selling at a 4% premium per year, the importer will pay (assuming $/£ = 2) $202,000 in 3 months for £100,000 (or 1% of 200,000) Exporter: Sell £100,000 forward for delivery in 3 months at today’s 3 month forward rate (because they have already sold the currency they expect to receive in 3 months, they have locked in the rate.) Notice: None of the Exporters funds have been tied up and no borrowing has occurred It is also possible to do the same transactions with options!

12 Interest Arbitrage Uncovered: Interest rates vary among countries. So, it might be advantageous to invest in another country to earn that county’s interest Scenario: 3 month T-Bill [6% in N.Y.] [8% in London] U.S. investor exchanges $’s for £’s at current spot rate and buys British T-Bill. At maturity, T-Bill is redeemed and U.S. investor uses the proceeds in £’s to buy $’s. If there is 0 change in spot rate, 2% return is earned If the £ depreciates 2%, 0% return is earned Consequently, covered interest arbitrage is the norm!

13 Covered Interest Arbitrage
Spot purchase of foreign currency Forward sale of same currency Us of foreign currency to buy T-Bills in foreign country Example: T-Bills [6% in N.Y.] [8% in London] U.S. investor buys £’s in spot market Sells £’s in forward market at 1% discount Buys British T-Bills at 8% T-Bill is redeemed in £’s £’s are sold at 1% discount Investor earns 7% [1% more than in U.S.] As the process continues The price of British T-Bills and the interest they bear  As £’s are sold forward the discount increases and parity is approached [Thus, we have CIAP (covered interest arbitrage parity) 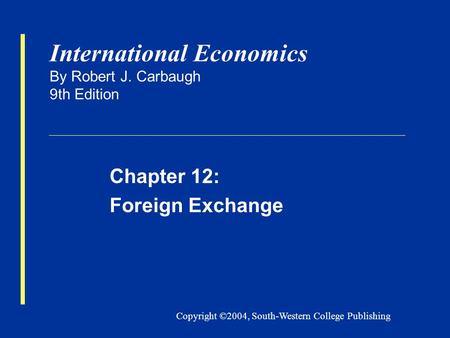 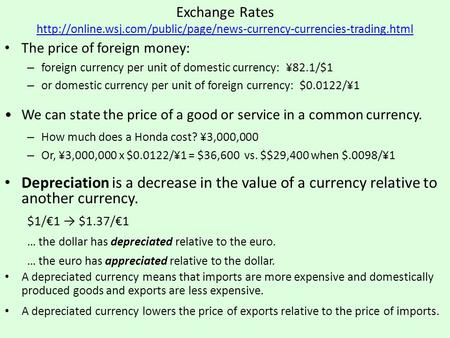 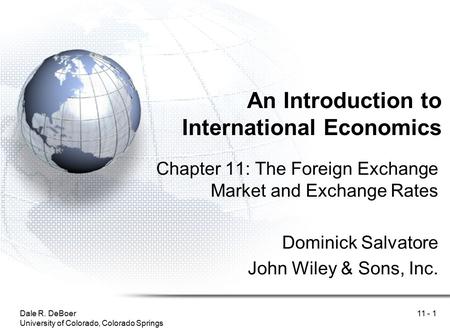 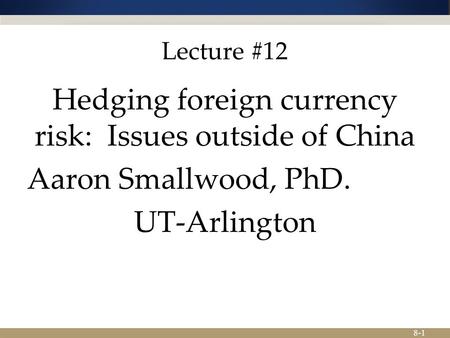 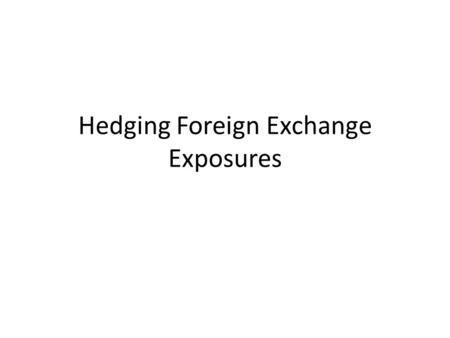 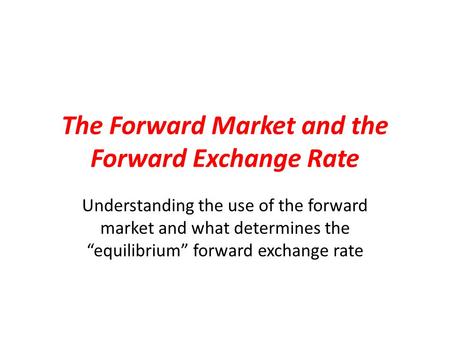 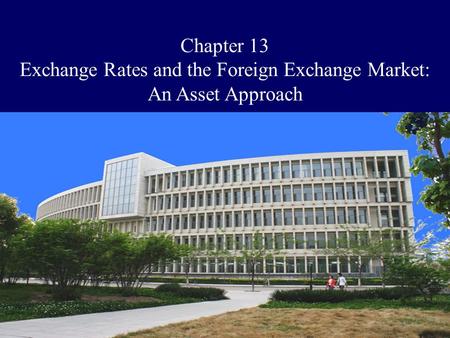 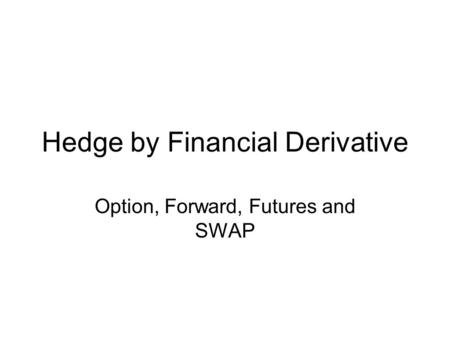 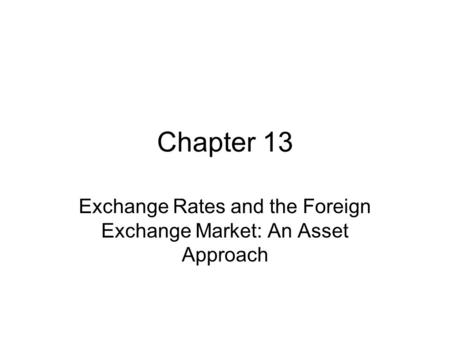 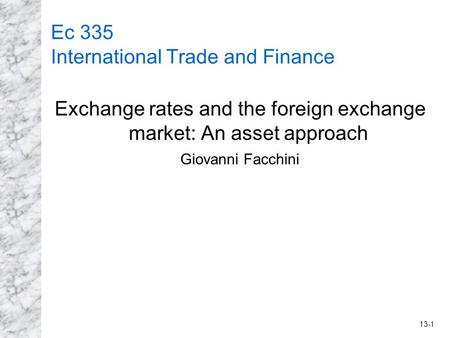 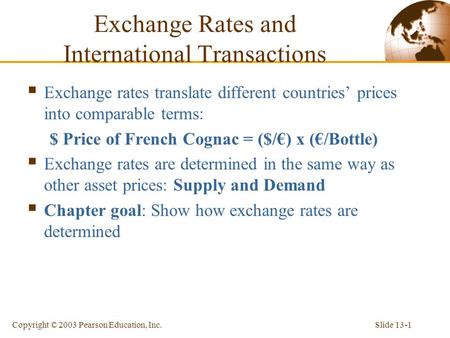 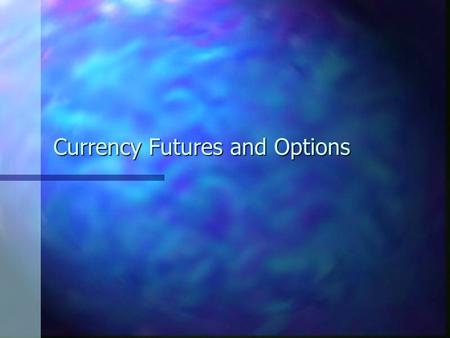 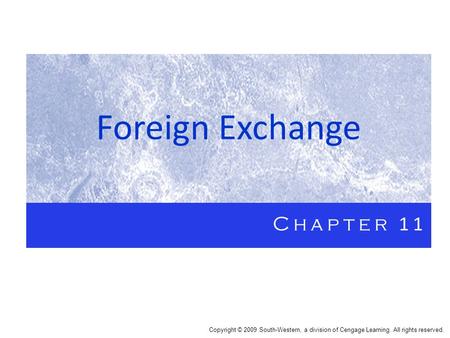 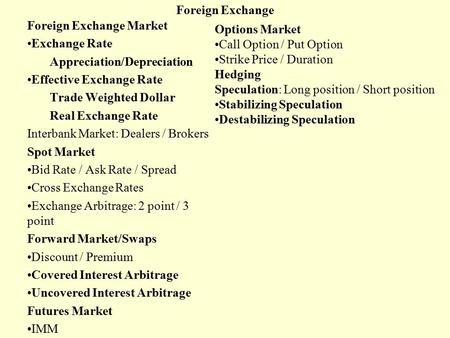 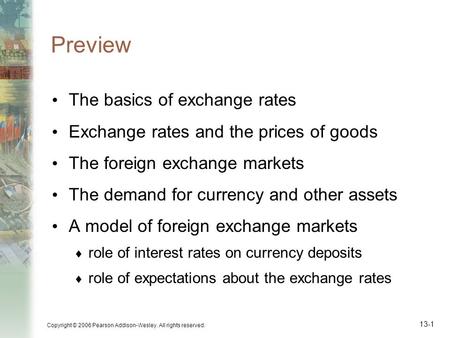 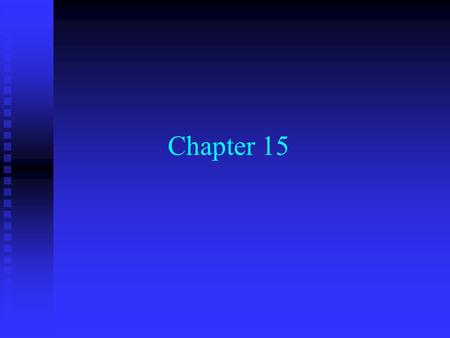 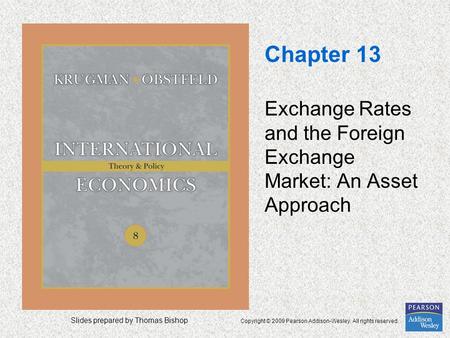 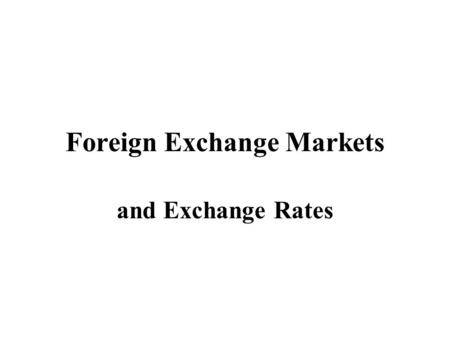 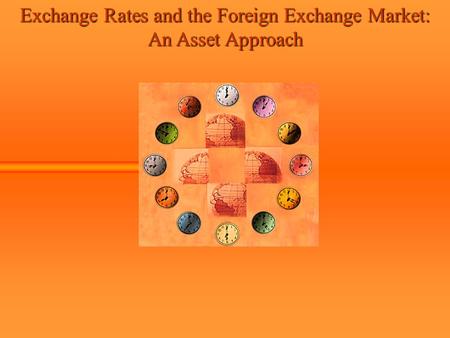