5 5 How are the processors connected? Connected by a single bus Connected through an interconnection network Reasons why a single bus can be used: Each microprocessor is fairly simple and small, so many of them can be placed on one bus Caches can lower bus traffic Need to worry about keeping caches and memory consistent.

7 7 Snooping protocols On a read miss, all caches check for the copy of a requested block and then supply the data to the cache that missed On a write, all caches either invalidate or update their local copies. Write-invalidate vs. write-update (write-broadcast)

8 8 Synchronization Need to coordinate processors working on a common task. Typically, a programmer uses lock variables (semaphores) to synchronize processes. Atomic swap operation (Read-Modify-Write cycle). Processors “spin” on the lock variable waiting their turn to enter the critical section. Can spin on the local copy (thanks to cache coherence protocol)

10 10 Distributed Shared Memory (DSM) A software layer is added to provide a single address space on top of sends and receives. Compatible to virtual memory system. A uniprocessor uses page tables to decide if the data is in memory or on the disk. Here, the table tells if data is in the local memory, or in another processor’s memory, or on the disk. Shared-memory communication must be rare – otherwise most of the time will be spent transferring pages among memories. 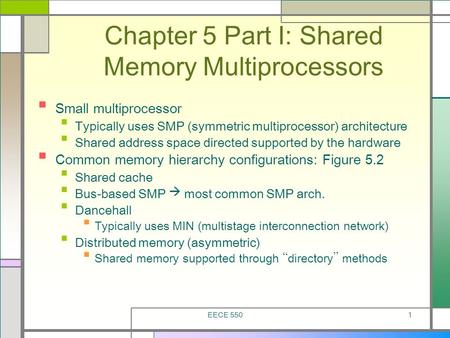 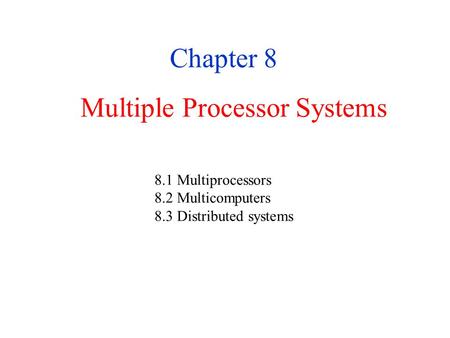 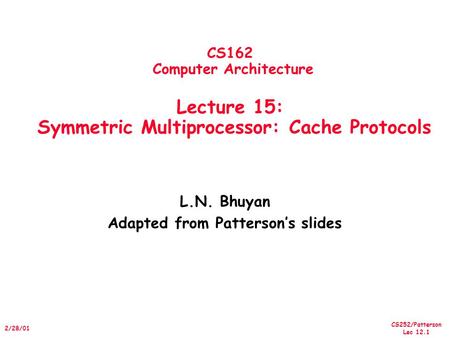 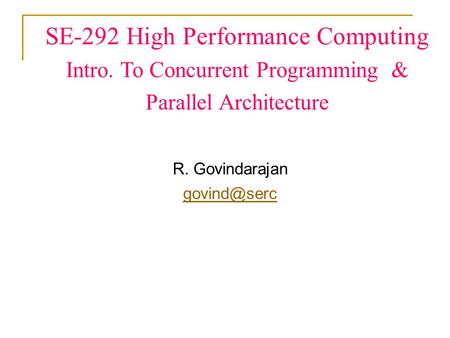 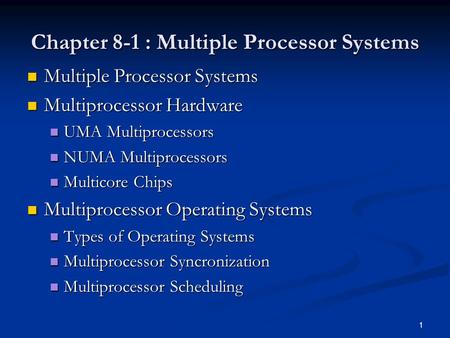 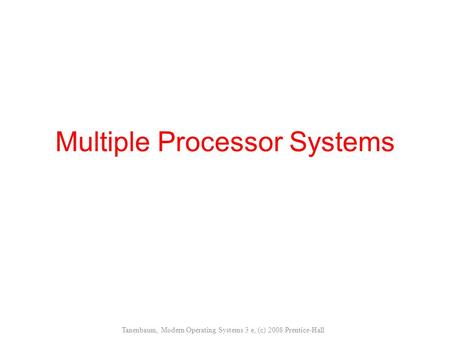 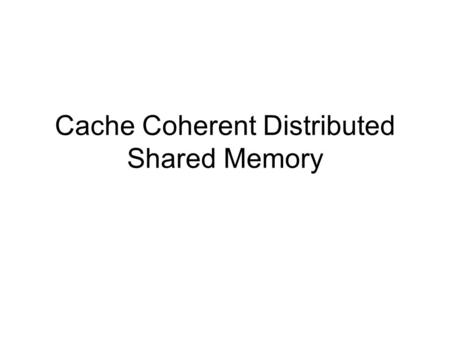 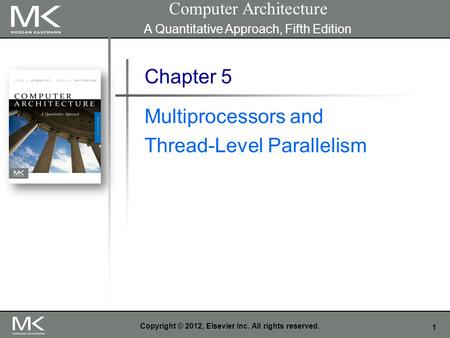 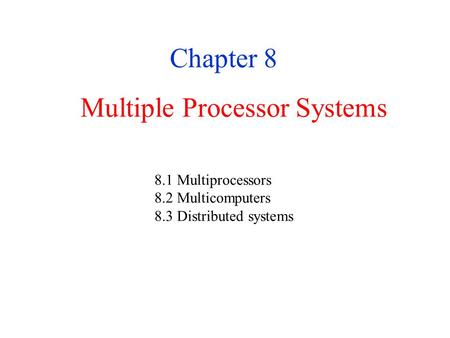 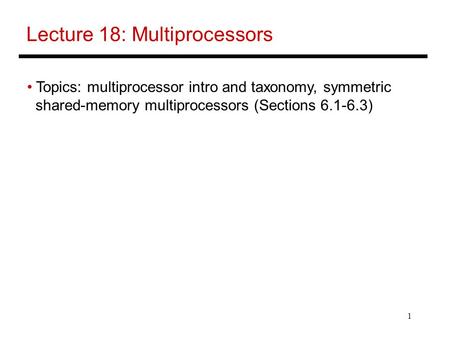 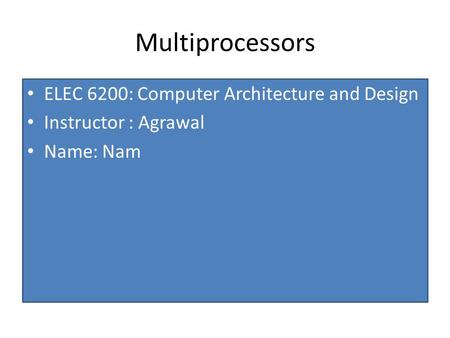 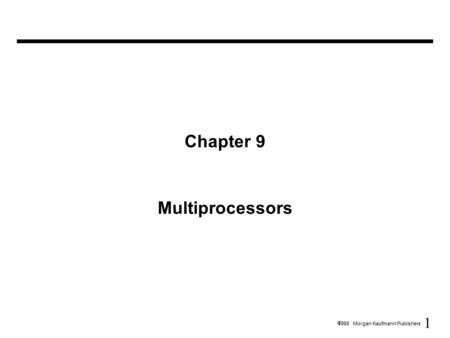 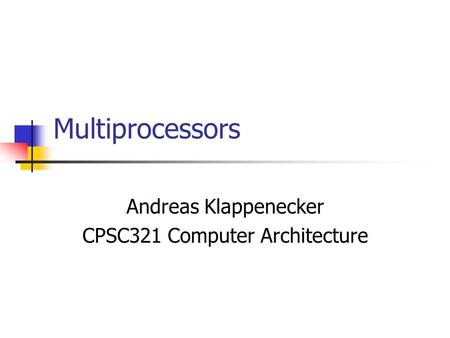 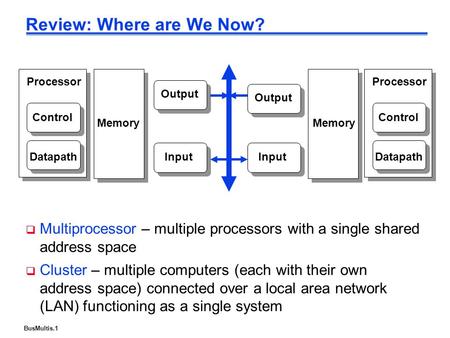 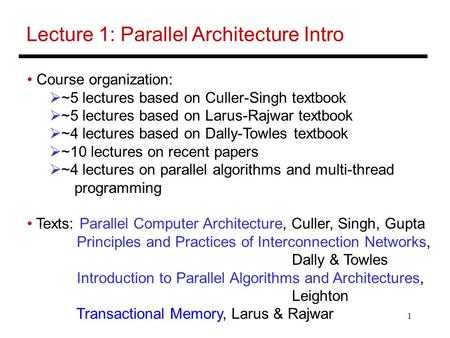 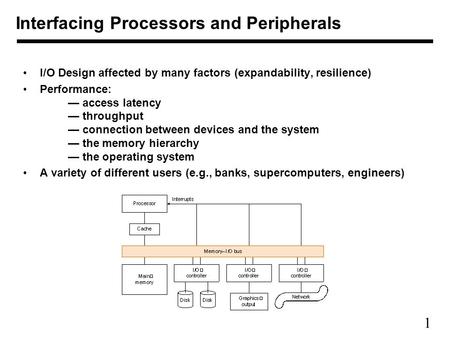 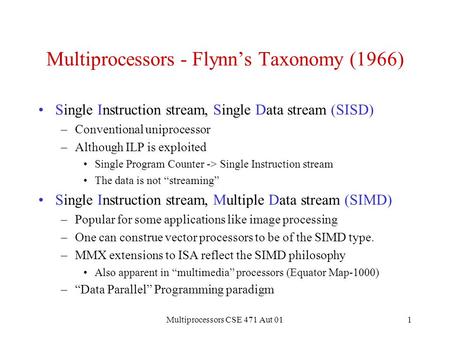 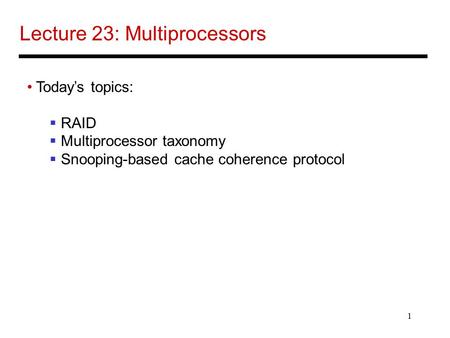 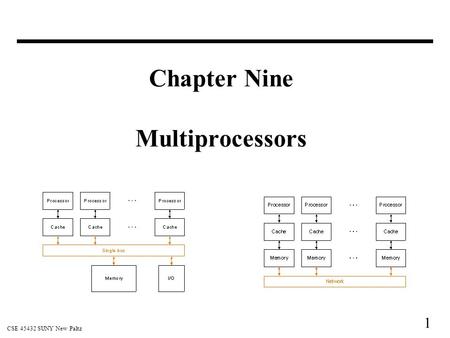