From DNA to Proteins Chapter 13.

1 From DNA to Proteins Chapter 13

2 Before you go on… Review the answers to the following questions to test your understanding of previous material. DNA performs two unique functions necessary for the perpetuation of life. Briefly describe these two functions. Discuss the significance of specific base pairing in DNA replication (and RNA synthesis). Describe the concept of a gene: where are they, what do they do, and how are they inherited? What are mutations: what causes them, are there different kinds, and can they be repaired? What is the relationship between the informational molecules DNA and RNA?... between these molecules and proteins? List and describe several roles of different proteins in cells. (In other words, why is protein synthesis important?)

3 Learning Objectives Compare and contrast the chemical structure and function of DNA and RNA. Discuss the significance of specific base pairing in DNA replication and in RNA synthesis. Name the enzymes important in DNA and RNA synthesis. Differentiate between the processes of transcription and translation. Describe the roles of the 3 different types of RNA in protein synthesis. Messenger RNA contains a start codon and a stop codon. Why is this necessary? Describe what is happening during cell differentiation and animal metamorphosis. Describe the inherited component of cancer development? What happens?

4 Three Classes of RNAs Messenger RNA (mRNA) Ribosomal RNA (rRNA)
p. 196 Messenger RNA (mRNA) Carries protein-building instructions Ribosomal RNA (rRNA) Major component of ribosomes Transfer RNA (tRNA) Delivers amino acids to enzymes at ribosomes, in the order dictated by mRNA, to build correct polypeptide Where is RNA made? What two kinds of molecules make up a ribosome? Where do you find ribosomes in a cell?

6 Steps from DNA to Proteins
Same two steps produce all proteins: Transcription: DNA is transcribed to form mRNA occurs in the nucleus mRNA moves into cytoplasm 2) Translation: translation occurs at ribosomes (rRNA) mRNA is translated by tRNA to form polypeptide chains, which fold to form functional proteins Hopefully, nothing is lost in translation!

9 The “language” of Nucleic Acids
DNA codes for amino acids in triplets: TAC CGT AAA CGT … mRNA (messenger RNA): a “copy” of DNA that is read in codons. AUG GCA UUU GCA … tRNA (transfer RNA): ‘interpreter’ of mRNA using “matching” anticodons. AUG GCA UUU GCA … U A C Amino Acid If the recipe for proteins only had 4 words (ACTG), how would this limit the variety of proteins possible? How many triplets are in a gene that codes for a polypeptide that’s 125 amino acids long? p. 198

13 What Happens to the New Polypeptides?
Where is the ribosome? Some function in the cytoplasm Many enter the endoplasmic reticulum and move through the endomembrane system where they are modified and shipped to their final destination

14 Animal Metamorphosis What has changed inside cells to produce these changes in body form. How is this controlled? What is/are the advantages of metamorphosis?

15 Cancer Tumors result when the normal mechanisms controlling cell division malfunction. Benign or malignant Result from the accumulation of mutations that transform the cell Mutagens and carcinogens increase the risk of cancer Tumor suppressing genes Proto-oncogenes Viruses can insert genetic information into host cells, and move genes to different chromosomes Can we take advantage of this? 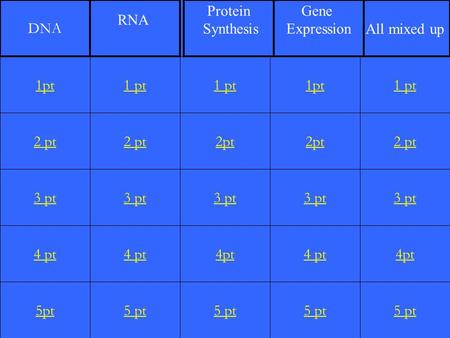 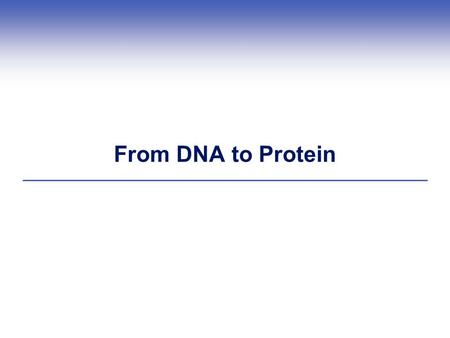 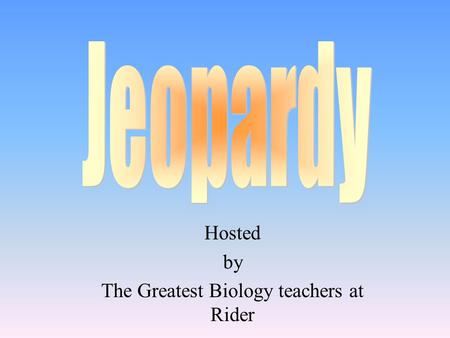 Hosted by The Greatest Biology teachers at Rider. 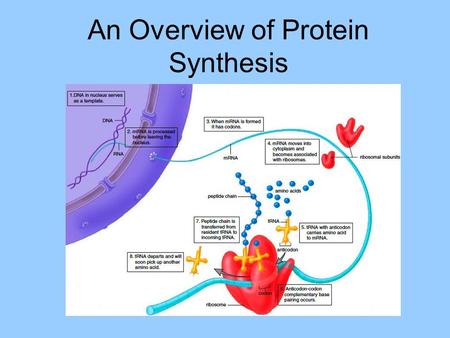 An Overview of Protein Synthesis. Genes A sequence of nucleotides in DNA that performs a specific function such as coding for a particular protein. 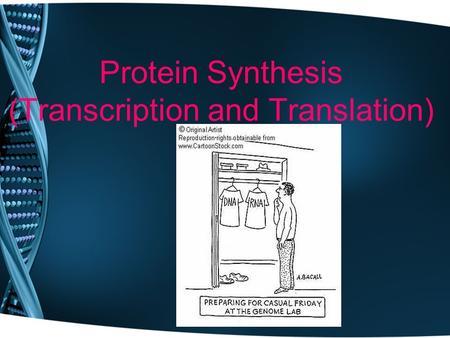 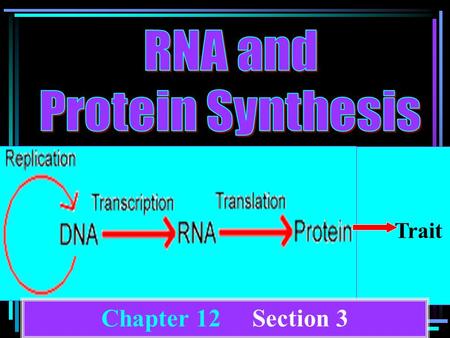 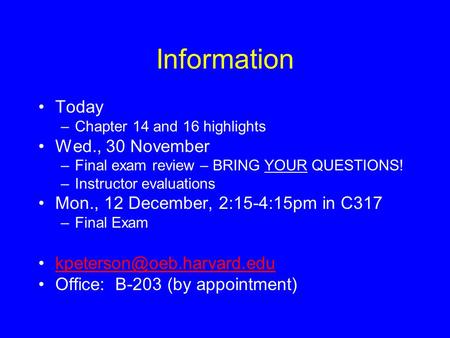 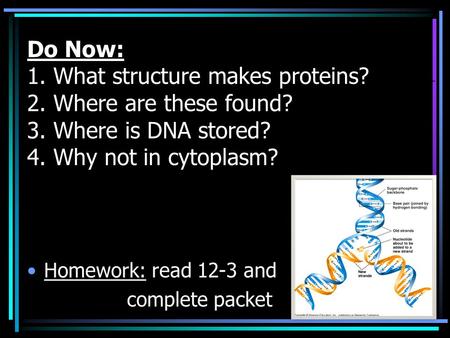 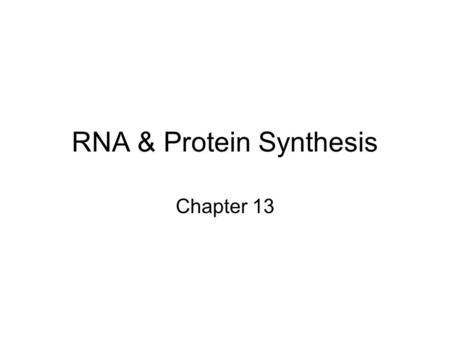 RNA & Protein Synthesis Chapter 13. DNA A book of instructions that tells each individual what proteins to make for their needs. The path from genes to. 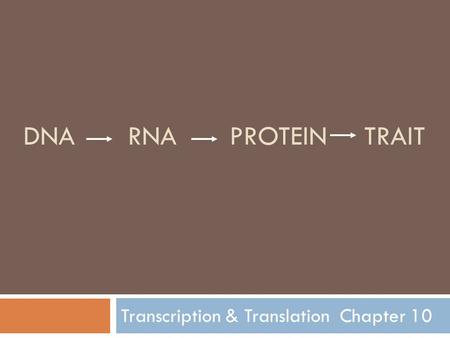 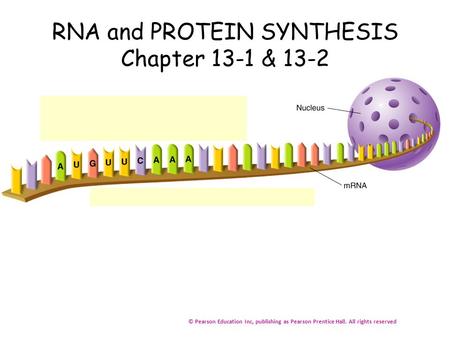 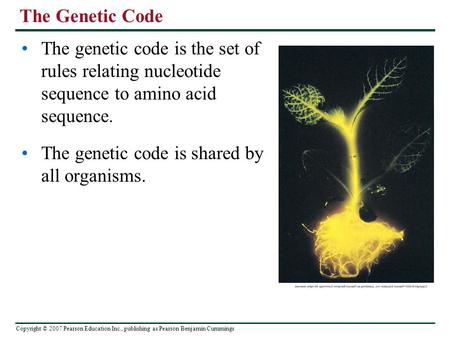 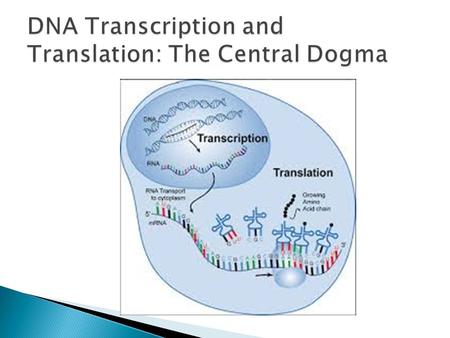