9  Many temporary tax incentives for individuals had expired by the end of 2009  2010 Tax Relief Act extended most of them for 2010 and 2011  Some of those extended include: ◦ State and local sales tax deduction ◦ Teacher’s classroom expense deduction ◦ Tax-free distributions from IRAs direct to charity ◦ Higher education tuition deduction ◦ Child tax credit remains at $1000 ◦ Energy property credit (but less attractive after 2010) ◦ Enhancements to earned income tax credit, adoption credit and dependent care credit remain

16  Income tax deduction “above the line” for cost of health insurance for self, spouse, dependents, and children under age 27  Self-employment earnings reduced by health insurance for purposes of self-employment tax (for 2010 only)  Deduction will not reduce earned income for other purposes (e.g. income eligible for retirement plan contribution)  Only for first taxable year beginning in 2010

19  Exemption: ◦ $1 million for 2010 ◦ $5 million for 2011 and 2012  Indexed for inflation beginning in 2012  Planning Opportunity: ◦ Donors that have previously made taxable gifts exceeding $1 million may make up to $4 million of additional gifts without incurring gift tax ◦ Donors that have not previously made gifts exceeding $1 million may make additional gifts equal to the difference between $5 million and the amount of their prior taxable gifts without incurring gift tax  2001 rules apply after 2012

21  Election to apply the carryover basis rules rather than the estate tax rules may be made for decedents dying in 2010  Election is to be made “at such time and in such manner” as prescribed by the Secretary of the Treasury or his delegate ◦ Form 8939 – not yet released  Small estates won’t make the election  Large estates generally will make the election, but a variety of factors should be considered

23  The time for making any disclaimer for property passing by reason of a decedent’s death in 2010 is extended to nine months after date of enactment ◦ Disclaimer period is extended to September 19, 2011 for decedents who die on or after January 1, 2010 and before December 17, 2010 ◦ Normal nine-month disclaimer period applies for decedents who died after December 16, 2010  Planning opportunity – disclaimer of a 2010 bequest that then passes to a skip person would not be subject to GST tax (since GST tax rate is zero for 2010)

25  Additional exemption may be used for gift tax purposes or estate tax purposes, but not for GST tax purposes  Applies for decedents dying and gifts made after 2010  Only available for two years – expires after 2012 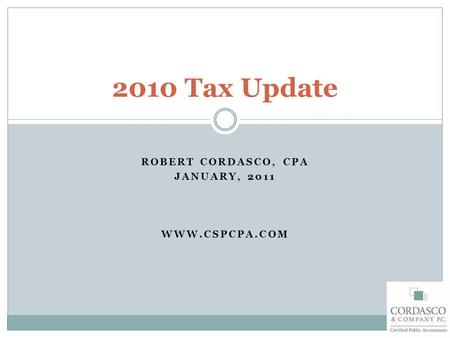 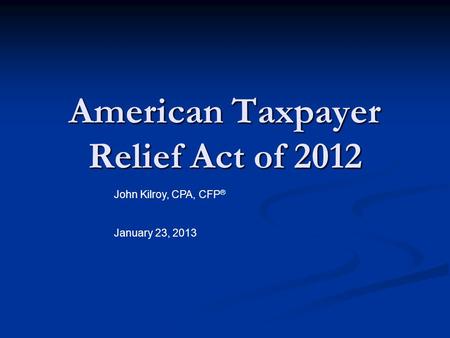 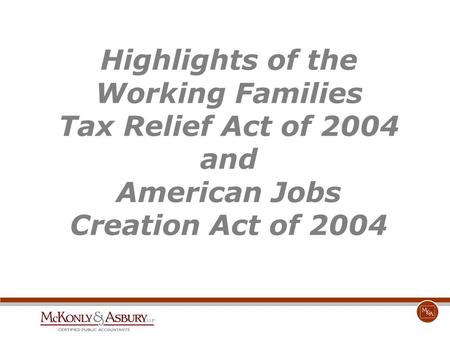 Highlights of the Working Families Tax Relief Act of 2004 and American Jobs Creation Act of 2004. 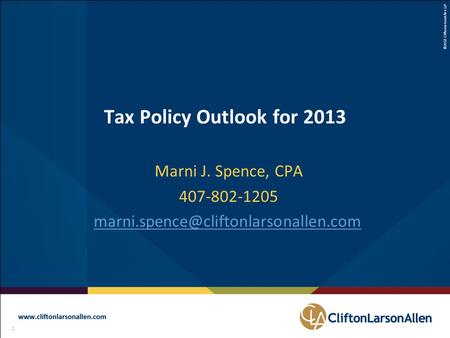 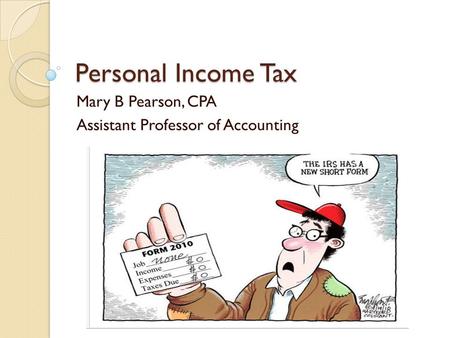 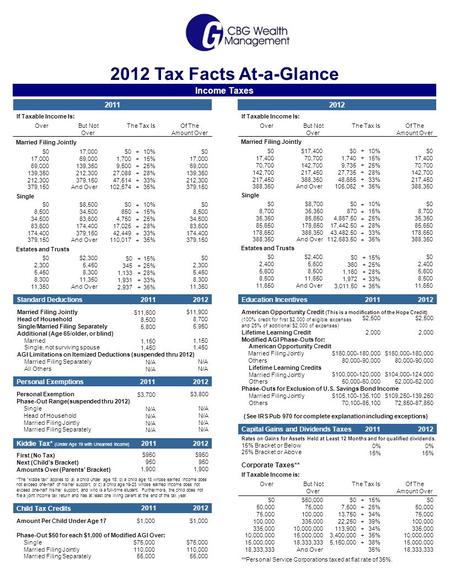 Capital Gains and Dividends Taxes Rates on Gains for Assets Held at Least 12 Months and for qualified dividends. 15% Bracket or Below 25% Bracket or Above. 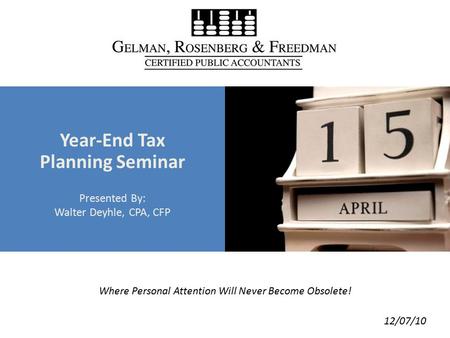 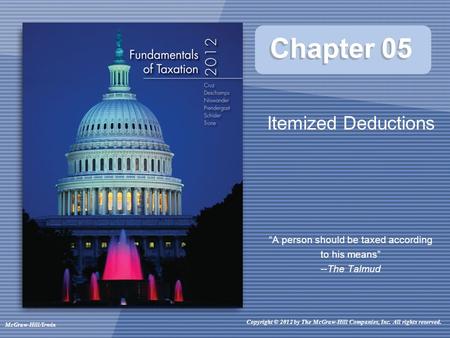 Chapter 05 Itemized Deductions “A person should be taxed according to his means” --The Talmud Copyright © 2012 by The McGraw-Hill Companies, Inc. All rights. 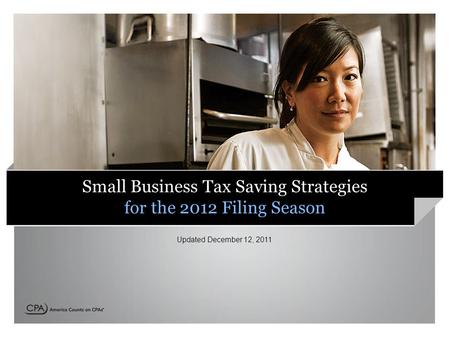 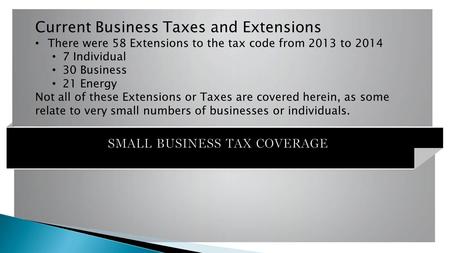 SMALL BUSINESS TAX COVERAGE Current Business Taxes and Extensions There were 58 Extensions to the tax code from 2013 to Individual 30 Business 21. 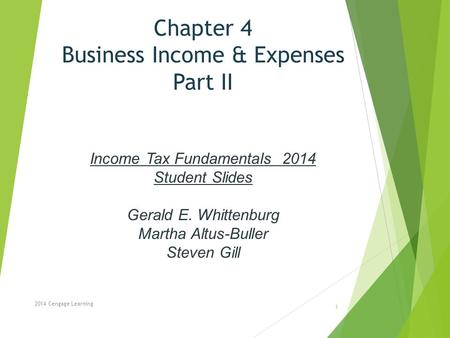 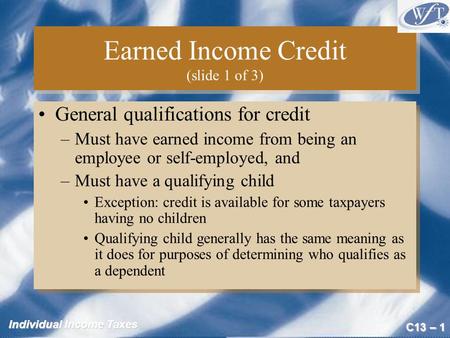 C13 – 1 Individual Income Taxes Earned Income Credit (slide 1 of 3) General qualifications for credit –Must have earned income from being an employee or. 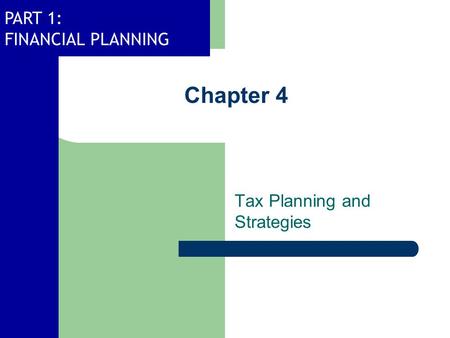 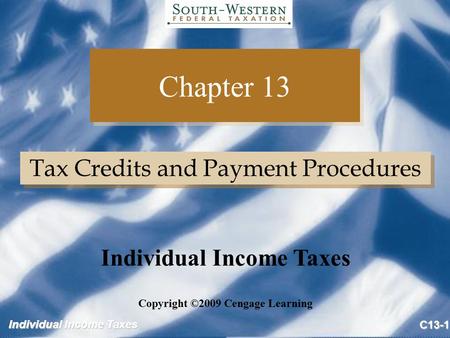 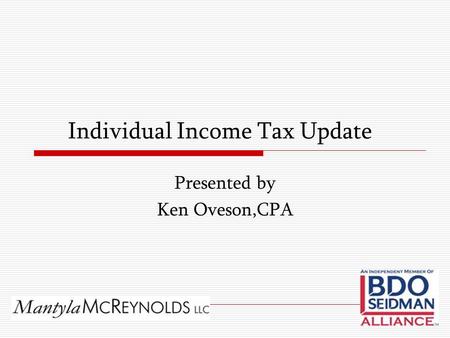 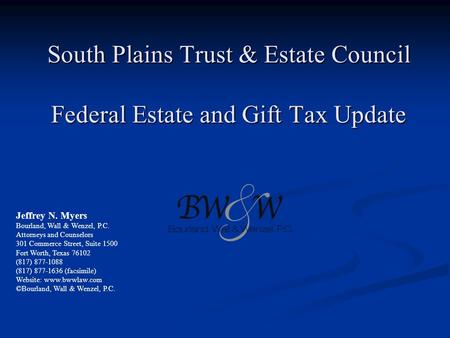 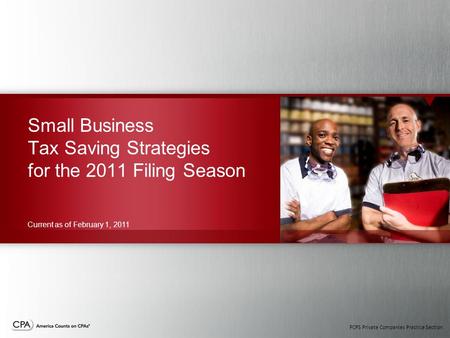 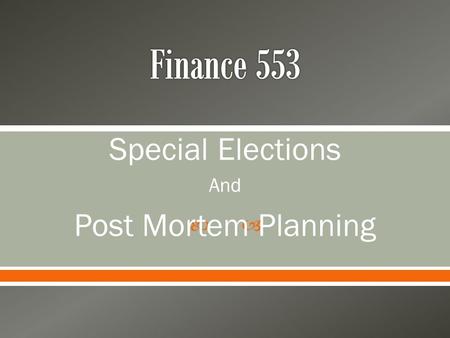 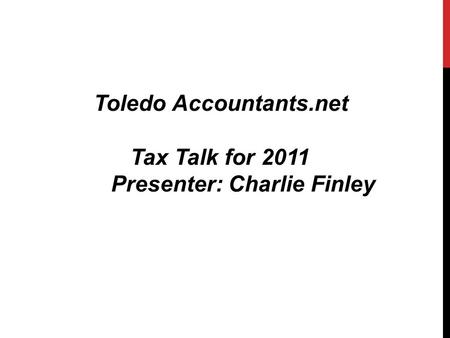 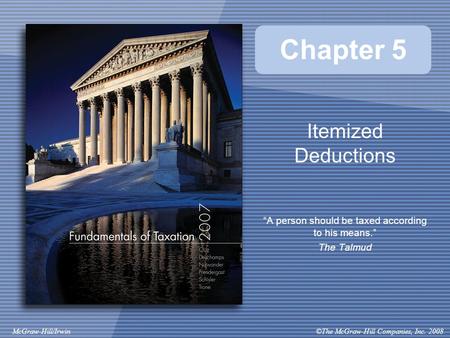