2 What is MND? Progressive Degeneration of the motor neurones leads to:
weakness and wasting of muscles loss of mobility in the limbs difficulties with speech, swallowing and breathing.

5 2. Progressive bulbar palsy (PBP)
Affects about a quarter of people diagnosed Involves both the upper and lower motor neurones Symptoms: Slurring of speech or difficulty swallowing You may not be able to shout or sing. Life expectancy is between  six months and three years from onset of symptoms.

6 3. Progressive muscular atrophy (PMA)
Affects only a small proportion of people Mainly causing damage to the lower motor neurones Early symptoms may be noticed as weakness or clumsiness of the hand Most people live for more than five years.

7 4. Primary lateral sclerosis (PLS)
A rare form of MND Involving the upper motor neurones Causing mainly weakness in the lower limbs Some people may experience clumsiness in the hands or speech problems Life span could essentially be normal Although it may be life-limiting, depending on whether it remains as pure PLS or develops into ALS.

9 What is not affected in ALS-MND?
Intellect does not usually change However about 3% is associated with early dementia. Sensory parts of the nervous system are not affected, so you can feel, see, smell, taste and hear as before. Bladder and bowel function usually remains normal, so incontinence is not usually a feature. However, poor mobility may cause continence problems in the later stages of the illness.

10 Diagnostic Process Blood Tests
A blood test will be looking to see if there is any rise in a creatine kinase. This is produced when muscle breaks down and can occasionally be found in the blood of people with MND. It is not specific for MND and may also be an indicator of other medical conditions.

11 Electromyography (EMG)
The EMG test is sometimes called the needle test, because fine needles are used to record the naturally- occurring nerve impulses within certain muscles. Muscles, which have lost their nerve supply, can be detected because their electrical activity is different from normal healthy muscles. This is a very important diagnostic test.

12 Transcranial Magnetic Stimulation (TMS)
This is a new procedure, which may be carried out at the same time as a nerve conduction test. It is designed to measure the activity of the upper motor neurones; its findings can help in the diagnostic process.

14 Community Services You may be referred to any of the following services: Occupational Therapy Social Services Physiotherapist Community/District Nurse Speech Therapist and Dietician. 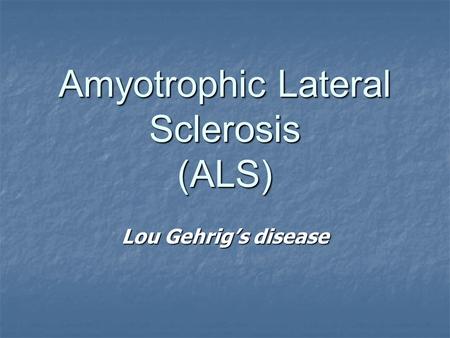 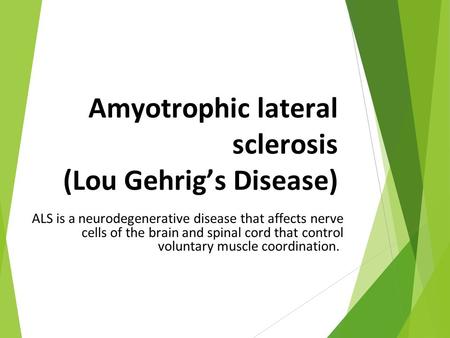 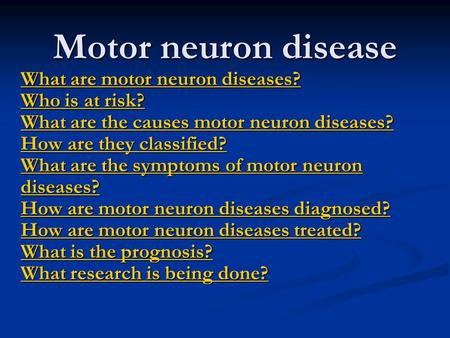 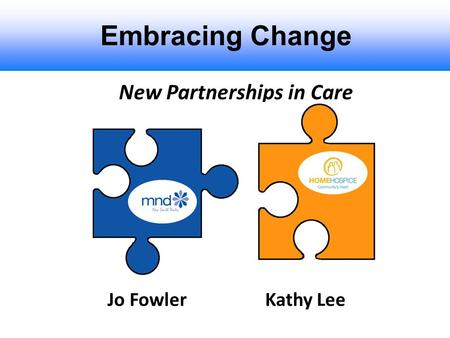 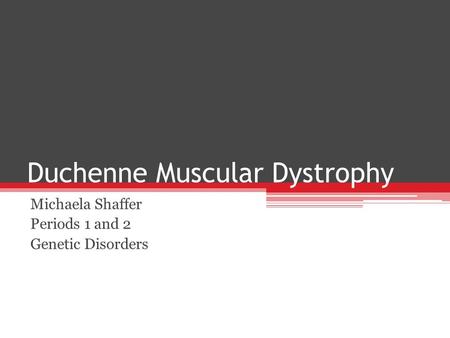 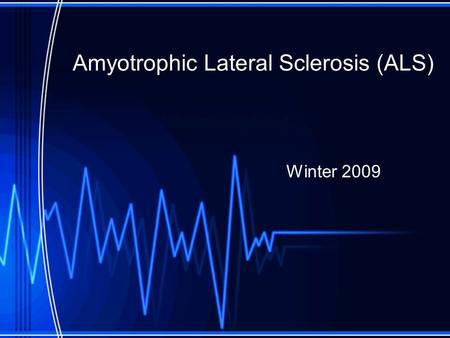 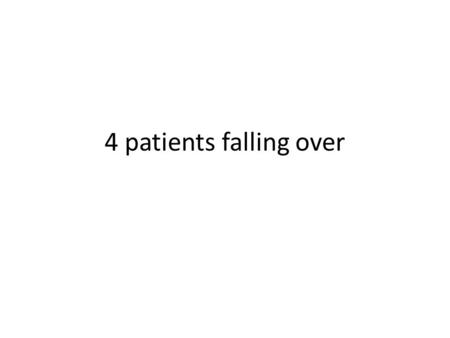 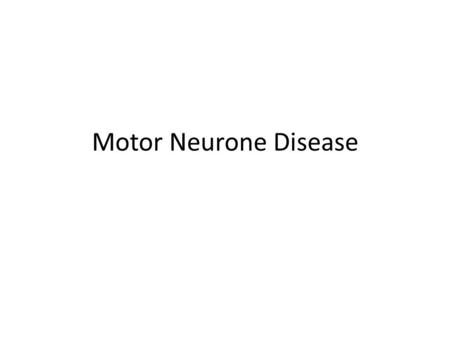 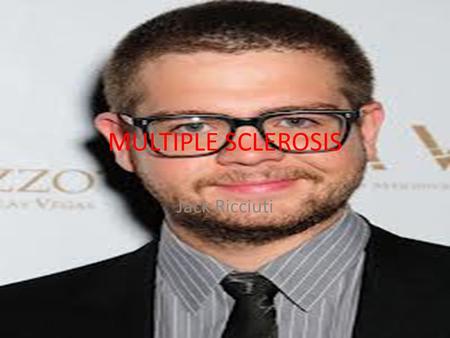 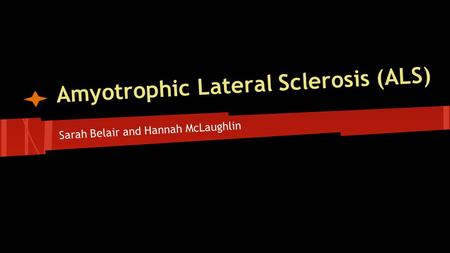 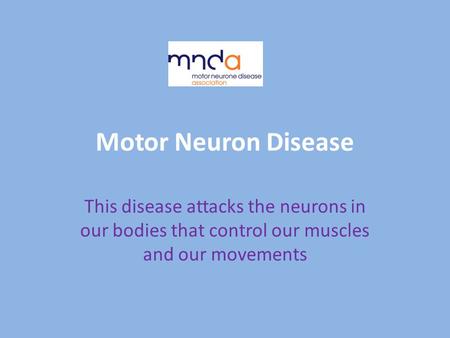 Motor Neuron Disease This disease attacks the neurons in our bodies that control our muscles and our movements. 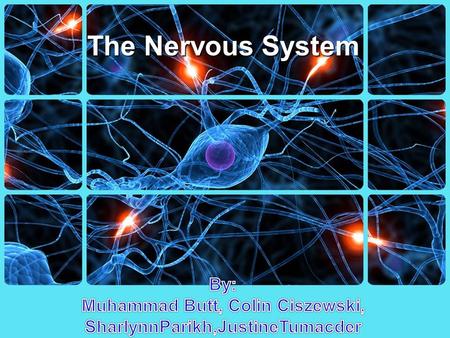 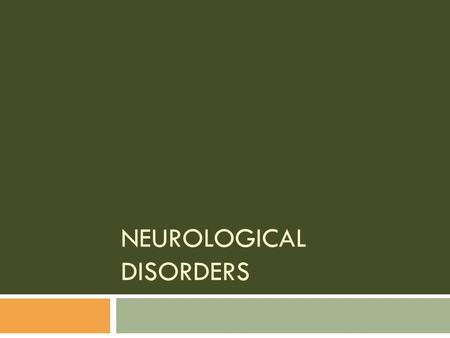 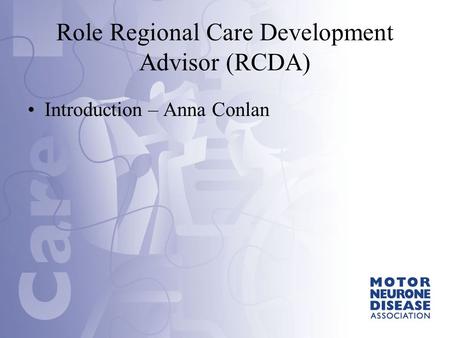 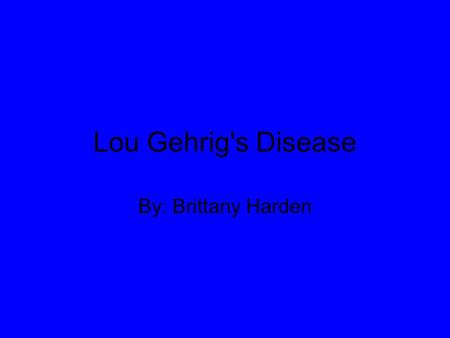 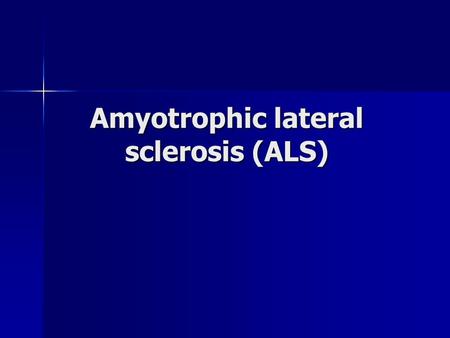 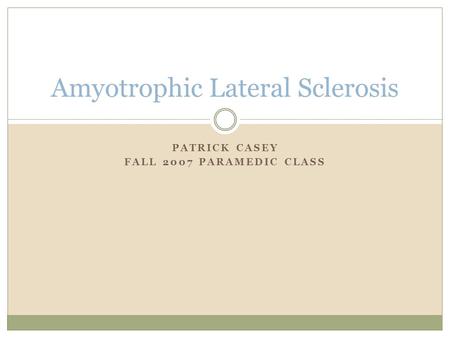 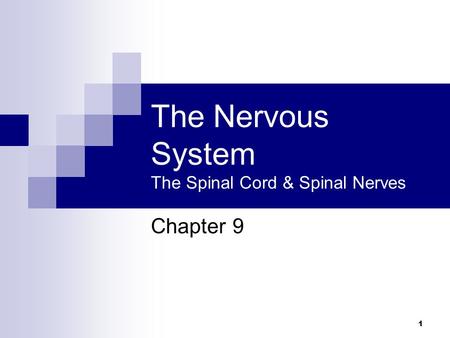 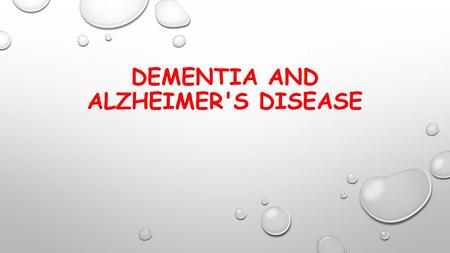