4 Design issues of streaming over wireless Internet The end-to-end packet loss can be caused by the congestion loss occurred in the wired network the erroneous loss occurred in the wireless network The variation in end-to-end delay is large. Packet loss ratio and round-trip time (RTT) is usually used by streaming protocol to adjust sending rate. The streaming protocol should be friendly to TCP.

12 End-to-end packet loss differentiation and measurement Use the link-layer information to differentiate the wireless erroneous loss and congestive loss. In the third-generation (3G) wireless communication system, we can deduce a packet loss caused by wireless errors based on the information provided in the radio link control layer (RLC). We can even get more detailed statistical information such as frame error rate at the radio resource control layer (RRC).

13 Network-adaptive ULP Applying ULP scheme to different layer to provide prioritized transmission. When the network is in good status, more bit budget should be assigned for source coding and fewer bits should be assigned for channel coding. On the contrary, when network condition is bad, it is necessary to allocate more bits for channel coding, thus fewer bits should be allocated for source coding.

21 Comparisons of throughput for TCP and WMSTFP connections Why TCP is better than WMSTFP? 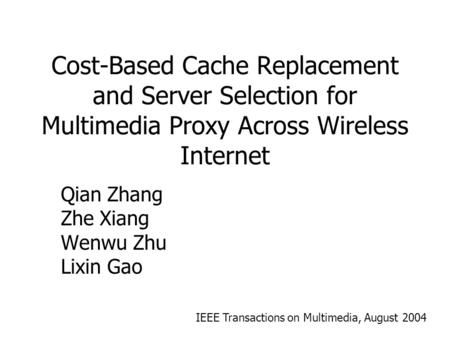 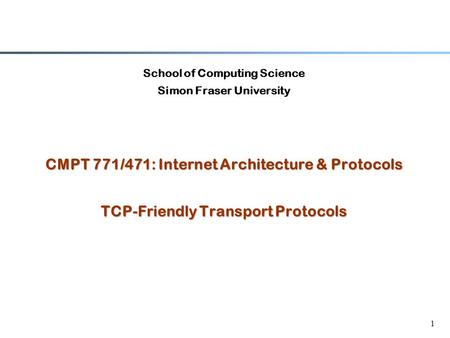 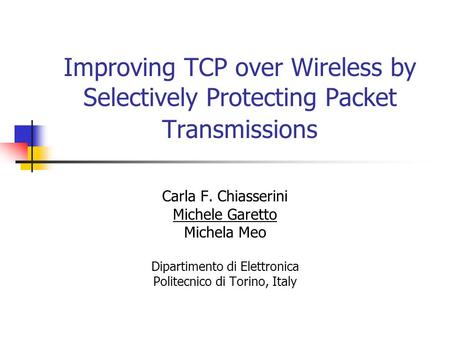 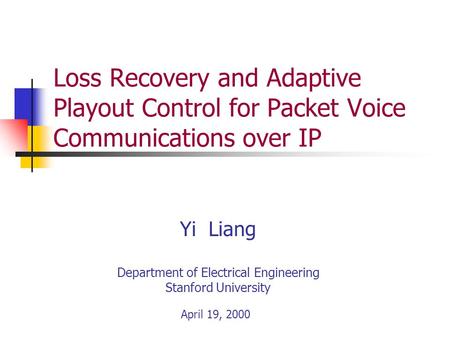 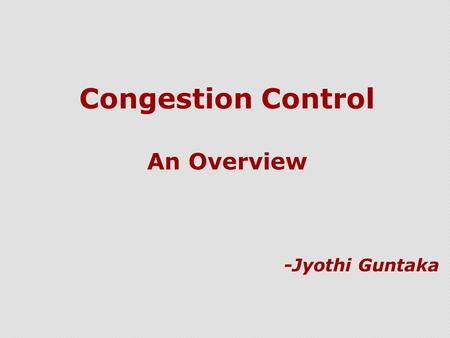 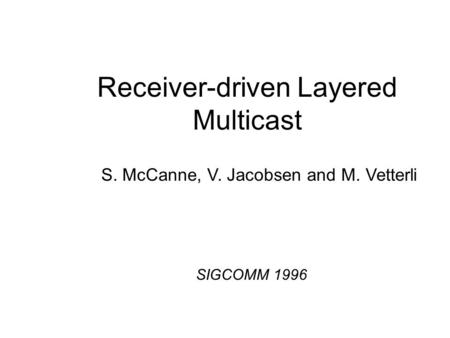 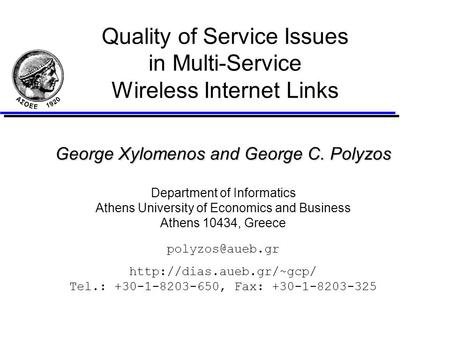 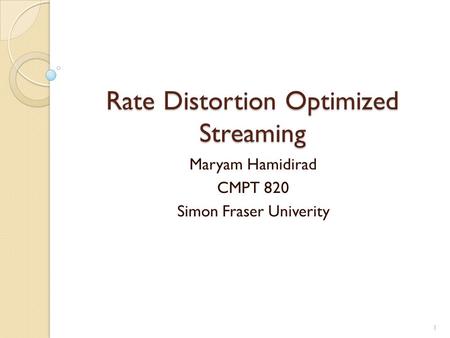 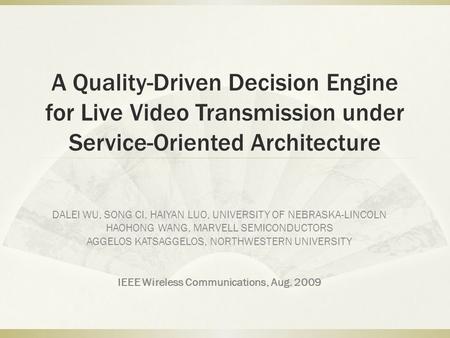 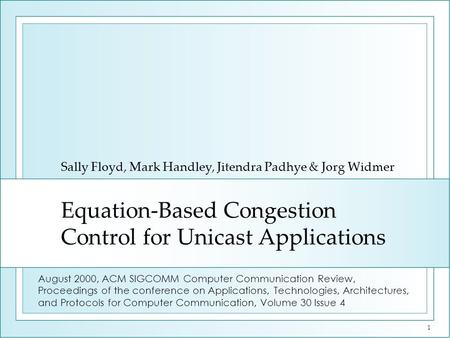 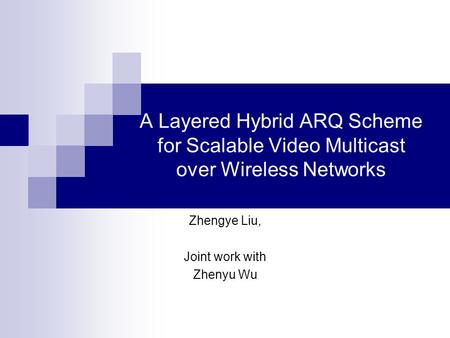 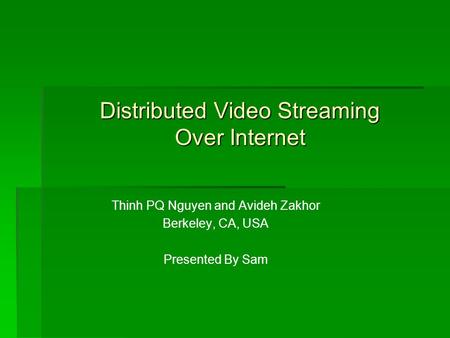 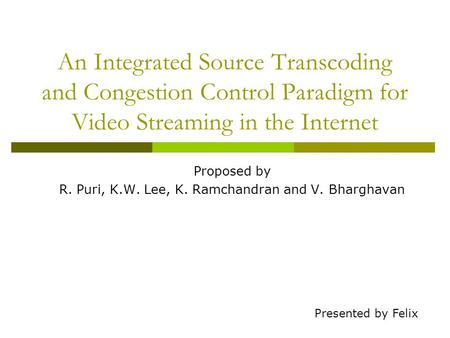 An Integrated Source Transcoding and Congestion Control Paradigm for Video Streaming in the Internet Proposed by R. Puri, K.W. Lee, K. Ramchandran and. 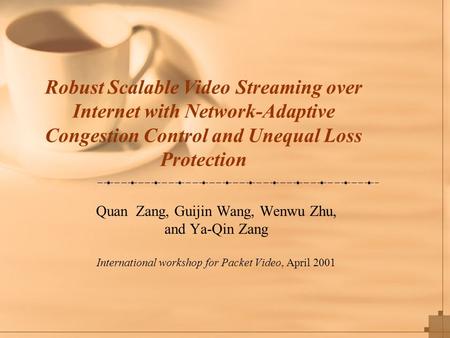 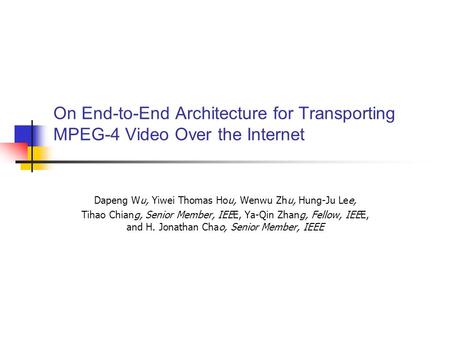 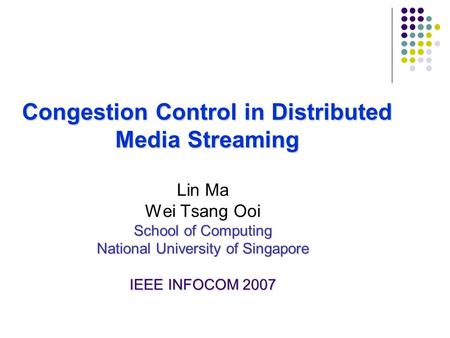 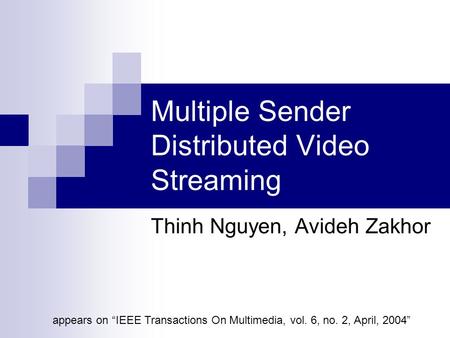 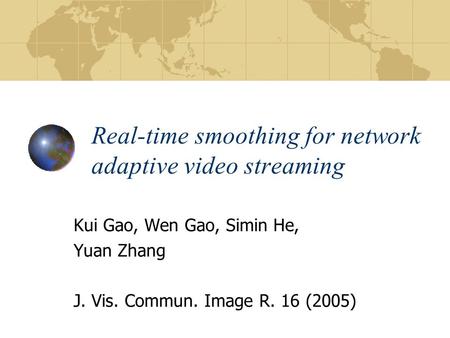