4 4 Two Kinds of NER Approaches Knowledge Engineering rule-based developed by experienced language engineers make use of human intuition requires only small amount of training data development could be very time consuming some changes may be hard to accommodate Learning Systems use statistics or other machine learning developers do not need LE expertise requires large amounts of annotated training data some changes may require re- annotation of the entire training corpus annotators are cheap (but you get what you pay for!) Source: Marti Hearst, i256, at UC Berkeley

11 11 State of the Art Performance Named entity recognition –Person, Location, Organization, … –F1 in high 80’s or low- to mid-90’s However, performance depends on the entity types [Wikipedia] At least two hierarchies of named entity types have been proposed in the literature. BBN categories [1], proposed in 2002, is used for Question Answering and consists of 29 types and 64 subtypes. Sekine's extended hierarchy [2], proposed in 2002, is made of 200 subtypes.hierarchiesBBN[1]Question Answering[2] Also, various domains use different entity types (e.g. concepts in biomedical texts)

17 17 We want More than an Atomic View of Words Would like richer representation of text: many arbitrary, overlapping features of the words. Source: Andrew McCallum, UMass Amherst

20 20 Maximum Entropy Models Same as multinomial logistic regression (thus an exponential model for n-way classification) Features are constraints on the model. Of all possible models, we choose that which maximizes the entropy of all models that satisfy these constraints. Choosing one with less entropy means we are adding information that is not justified by the empirical evidence. Source: Jason Balbridge, U of Texas at Austin

22 22 MaxEnt: A Simple Example (cont.) Principle of Maximum Entropy recommends non- committal assignment of probabilities, subject to the constraints. What if we also knew that p(a,0)+p(a,1)=.6? Source: Jason Balbridge, U of Texas at Austin

23 23 MaxEnt: A Simple Example (cont.) An observation such as p(a,0)+p(b,0)=.6 is implemented as a constraint on the model p’s expectation of a feature f : E p f =.6 In general, where f(x,y) is an indicator function for the feature f (and there is one function for each feature; below is one example): Source: Jason Balbridge, U of Texas at Austin y = 0

24 24 Maximizing Entropy To find the maximum entropy model, our objective is to maximize the log likelihood: subject to the known constraints. Note: - p(x,y) log(p(x,y)) is the entropy of p(x,y), which is the given model p. In summary, “the intuition of maximum entropy is to build a distribution by continuously adding features. Each feature is an indicator function, which picks out a subset of the training observations. For each feature, we add a constraint on our total distribution, specifying that our distribution for this subset should matcc with the empirical distribution that we saw in our training data. We then choose the maximum entropy distribution that otherwise accords with these constraints.” Source: Jason Balbridge, U of Texas at Austin; Jurafsky & Martin “Speech and Language Processing”

25 25 MaxEnt Classification To identify the most probable label for a particular context x, we calculate: Source: Jason Balbridge, U of Texas at Austin

27 27 Characteristics of CRFs In CRF, the graph structure is often a linear chain, where the state sequence (S) connects S t-1 and S t, and each state S i is dependent on the observation sequence (O). CRF is a more general and expressive modeling technique than HMM, since it can model the dependency of each state on maximally the whole/entire observation sequence (not just its corresponding output unit). Source: Andrew McCallum, UMass Amherst 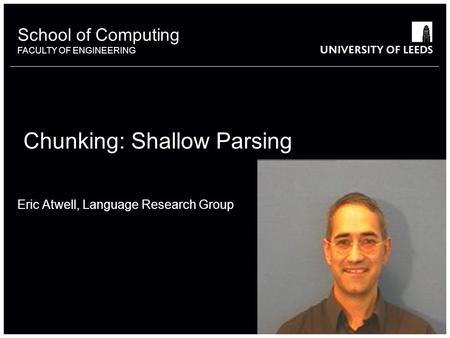 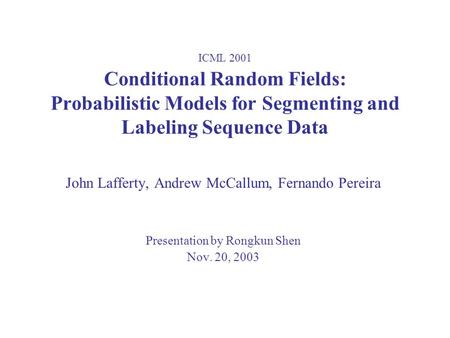 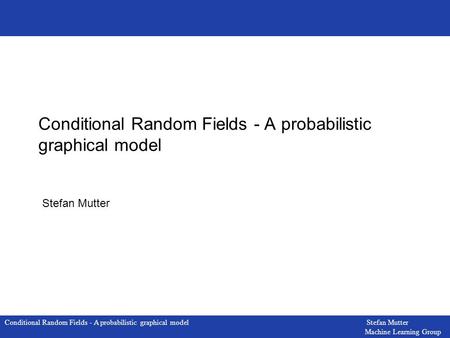 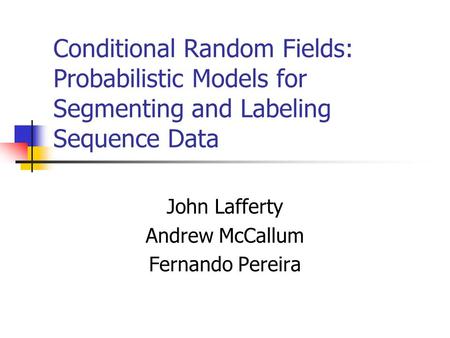 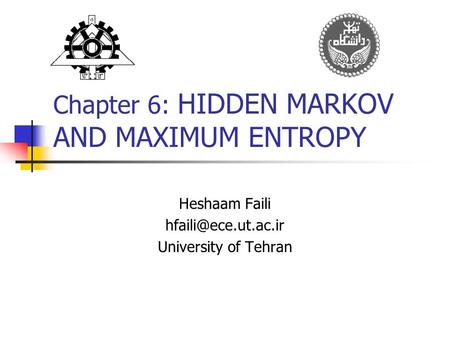 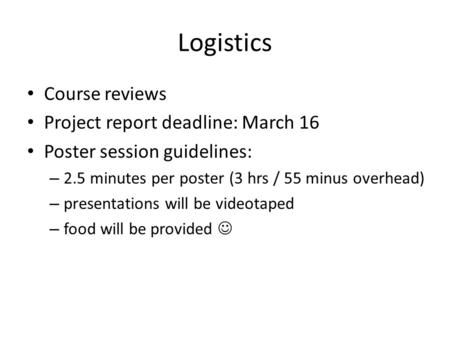 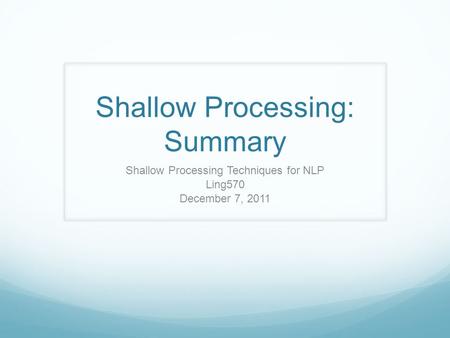 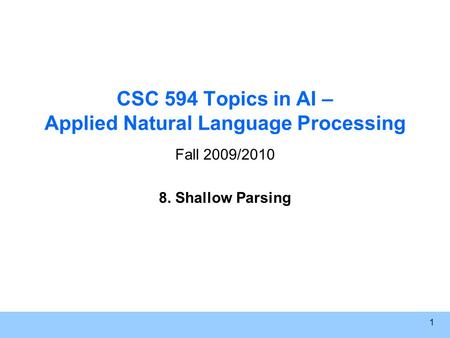 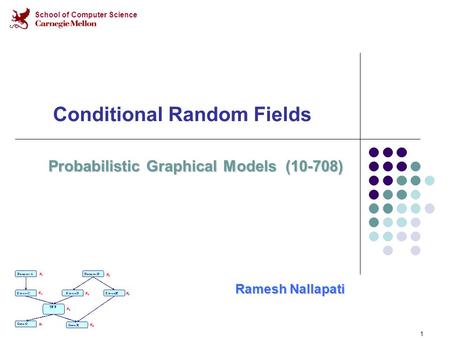 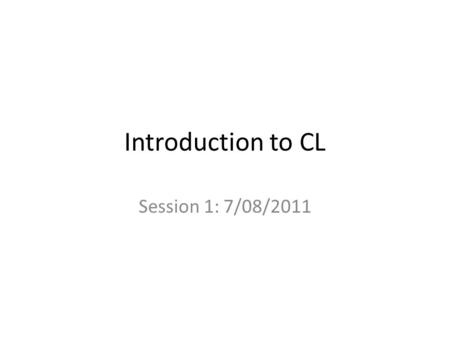 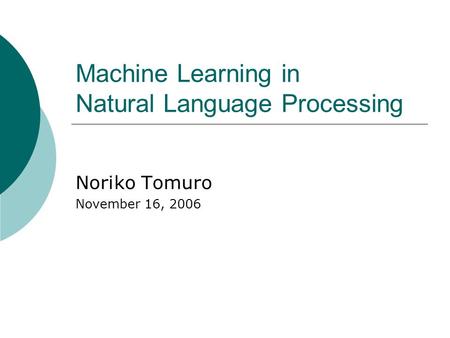 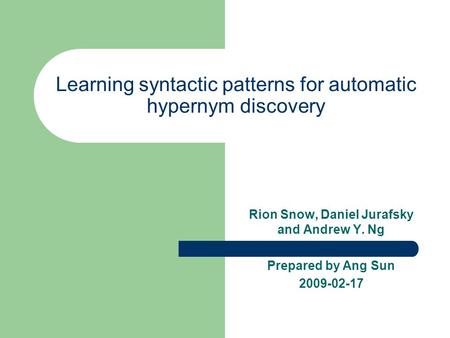 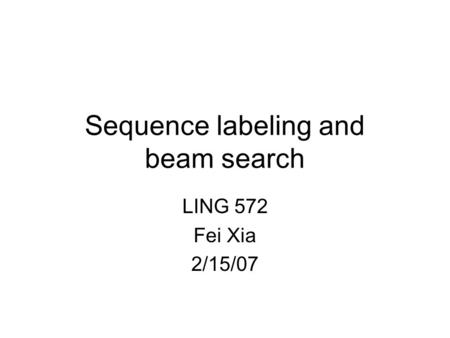 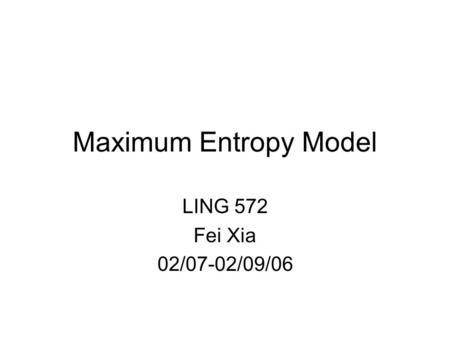 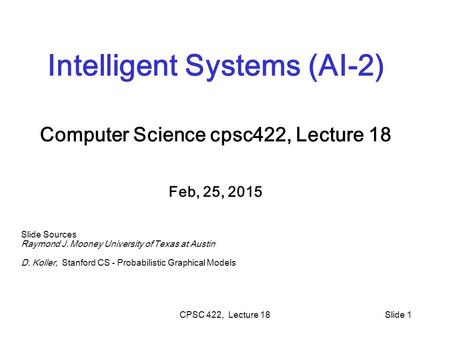 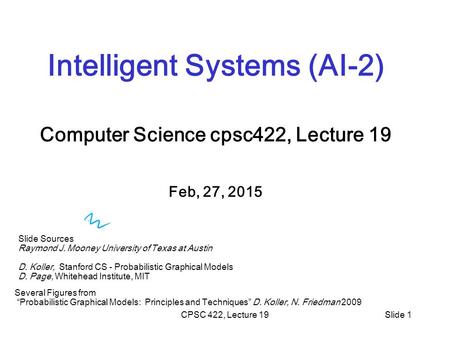 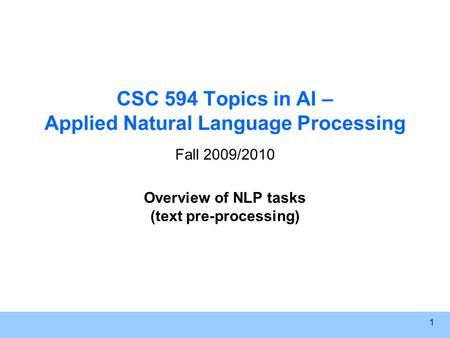 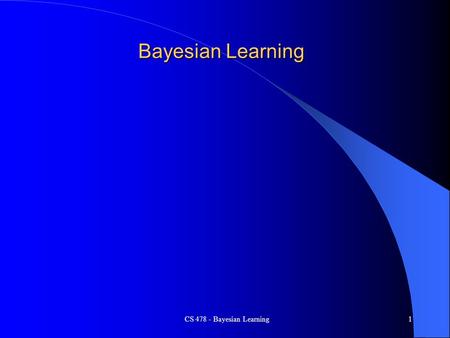 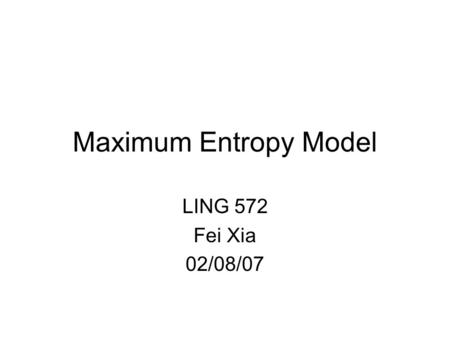 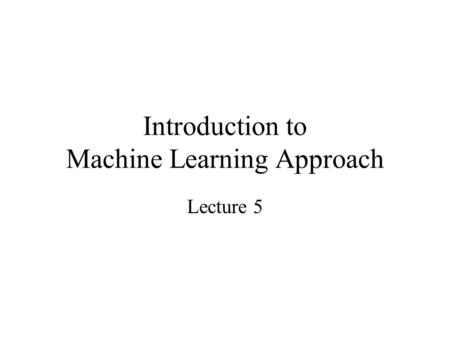