4 Constant speed: this car is moving in a straight line covering a distance of 1 mi each minute. The car, therefore, has a constant speed of 60 mi per each 60 min, or 60 mi/hr.

6 Velocity shows how fast and in what direction an object moves Velocity: speed + direction of motion it is a vector quantity vector: a quantity that has both magnitude (size) and direction –ex.: velocity, acceleration, force, etc. scalar: a quantity without direction (has only magnitude) –ex.: speed, time, distance, volume, surface area, etc.

7 Velocity is a vector that we can represent graphically with arrows. Here are three different velocities represented by three different arrows. The length of each arrow is proportional to the speed and the arrowhead shows the direction of travel.

10 (A) This graph shows how the speed changes per unit of time while driving at a constant 30 mi/hr in a straight line. As you can see, the speed is constant, and for straight-line motion, the acceleration is 0.

11 (B) This graph shows the speed increasing to 50 mi/hr when moving in a straight line for 5 s. The acceleration is the slope of the straight line graph of speed (on the y-axis) versus time (on the x-axis).

12 Forces result from two kinds of interactions: –contact interactions –interaction at a distance (ex.: gravitational force) force: a push or a pull –changes the motion of an object –it is a vector: has both magnitude and direction

15 (A)When two parallel forces are acting on the cart in the same direction, the net force is the two forces added together. 10 lb west

16 (B) When two forces are opposite and of equal magnitude, the net force is zero. 10 lb west

17 (C) When two parallel forces are not of equal magnitude, the net force is the difference and the direction is that of the larger force. 10 lb west

18 Adding nonparallel forces To add two forces that are not parallel: –draw the two force vectors to scale –place the tip of one of the forces at the tail of the other – draw a vector to close the triangle: this is the net force (the vector sum of the two forces) F1F1 F2F2 vector sum

20 Galileo (1564-1642) challenged the Aristotelian view of motion and focused attention on the concepts of distance, time, velocity, and acceleration

22 (A) This ball is rolling to your left with no forces in the direction of motion. The vector sum of the force of floor friction (F floor ) and the force of air friction (F air ) result in a net force opposing the motion, so the ball slows to a stop.

23 (B) A force is applied to the moving ball, perhaps by a hand that moves along with the ball. The force applied (F applied ) equals the vector sum of the forces opposing the motion, so the ball continues to move with a constant velocity.

24 Thus, an object moving through space without any opposing friction (A) continues in a straight line path at a constant speed. The application of an unbalanced force as shown by the large arrow, is needed to (B) slow down, (C) speed up, or, (D) change the direction of travel.

26 According to a widespread story, Galileo dropped two objects with different weights from the Leaning Tower of Pisa. They were supposed to have hit the ground at about the same time, discrediting Aristotle's view that the speed during the fall is proportional to weight.

28 The velocity of a falling object increases at a constant rate (i.e., by 32 ft/s each second)

29 –remember the equation for velocity: v = d/ t –can be rearranged to incorporate acceleration, distance, and time. solve for distance: d = vt –an object in free fall has uniform (constant) acceleration, so we can calculate the average velocity as: v i + v f 2 –substitute this equation into d = vt to get (v i + v f ) (t) 2 v = d =

31 An object dropped from a tall building covers increasing distances with every successive second of falling. The distance covered is proportional to the square of the time falling (d  t 2 ).

33 Vertical Projectiles an object thrown straight up into the air gravity acts on the object at all times, pulling it down –as the object moves up its velocity decreases (gravitational force slows down the object) –at the peak of the ascent, the object comes to rest (for an instant) and begins its fall toward the Earth – during the fall its velocity increases at a constant rate (i.e., acceleration is constant and equal to g, acceleration due to gravity).

34 On its way up, a vertical projectile such as a misdirected golf ball is slowed by the force of gravity until an instantaneous stop; then it accelerates back to the surface, just as another golf ball does when dropped from the same height. The straight up and down moving golf ball has been moved to the side in the sketch so we can see more clearly what is happening.

35 Horizontal Projectiles an object thrown straight out horizontally –the force of gravity acts on the object at all times, pulling it down the motion of the object can be broken down into two components: –a horizontal motion at constant velocity –a vertical motion with constant acceleration (i.e., increasing velocity) 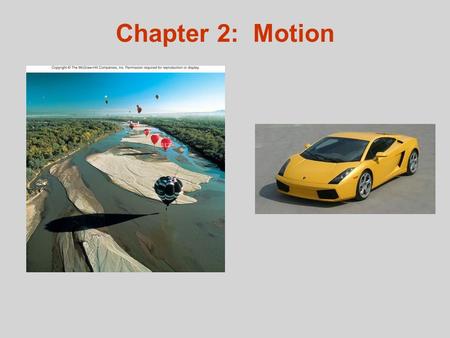 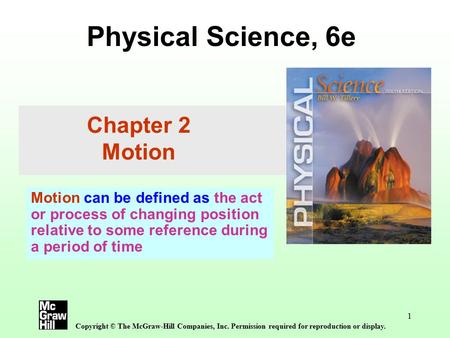 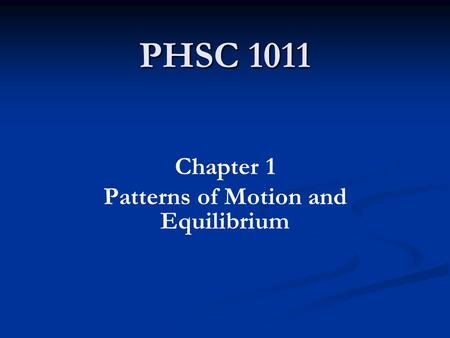 Chapter 1 Patterns of Motion and Equilibrium 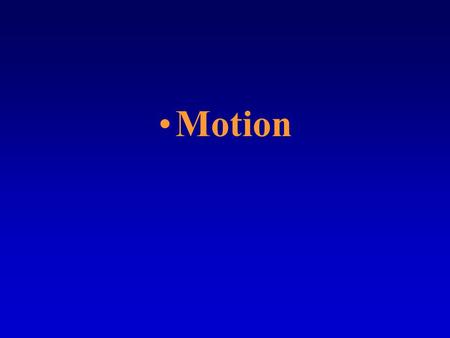 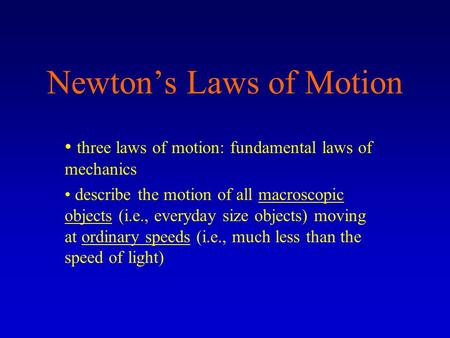 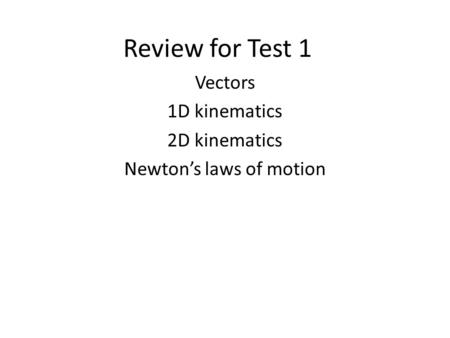