2 Example: Predicting Emergency Calls to the AAA Club The AAA club of New York provides Emergency Road Service (ERS) to its members. This service is especially useful in the winter months, when people can be stranded with frozen locks, dead batteries, weather induced accidents and spinning tires. If the weather is very bad, the club can be overwhelmed with calls. By tracking the weather conditions the club can divert resources from other club activities to the ERS for projected peak days. In order to be able to allocate its resources efficiently, the club would like to be able to predict ERS calls from the weather forecast on the previous day.

10 Regression Coefficients Interpretation of coefficient:. An increase in one degree in the average temperature is associated with a decrease of 35.63 AAA calls, on average, assuming that all other variables are held constant (e.g., assuming nothing else changes).

11 Inferences About Regression Coefficients t-test for regression coefficient j tests versus This answers the question, is variable useful for predicting Y when the other variables (e.g., the other X’s) are already included in the model. If is not rejected (p-value >0.05), it means that we don’t need to include in the model if we have all the other X’s in the model (either Xj is not useful in predicting Y or it is redundant) Range of plausible values for = 95% confidence interval for = For New York AAA data, p-value for t-test that average temperature coefficient equals 0 is 0.4972. average temperature is not a useful predictor once we have already taken into account range, rain, snow, weekday, Sunday, subzero. 95% confidence interval for =

12 R-Squared R-squared: As in simple linear regression, measures proportion of variability in Y explained by the regression of Y on these X’s. Between 0 and 1, nearer to 1 indicates more variability explained.

13 Overall F-test Test of whether any of the predictors are useful: vs. at least one of does not equal zero. Tests whether the model provides better predictions than the sample mean of Y. p-value for the test: Prob>F in Analysis of Variance table. p-value = 0.005, strong evidence that at least one of the predictors is useful for predicting ERS for the New York AAA club. 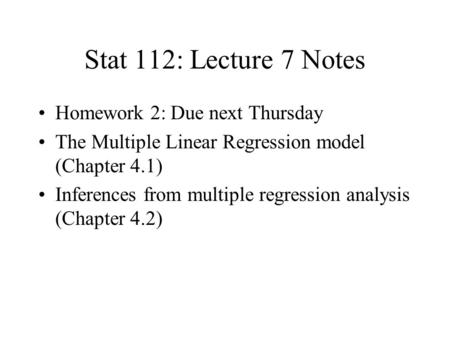 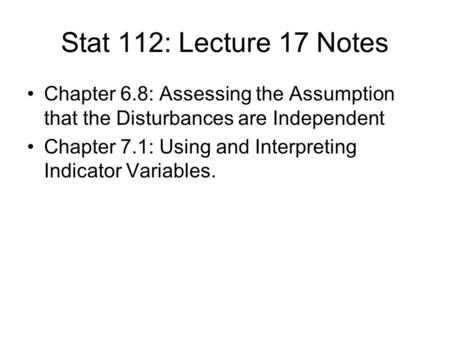 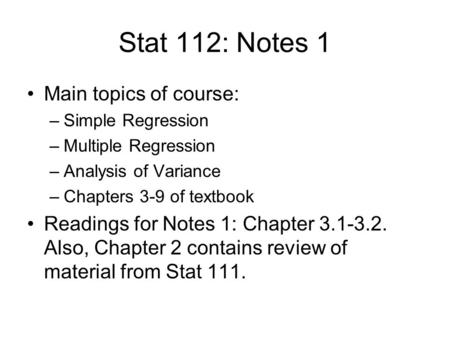 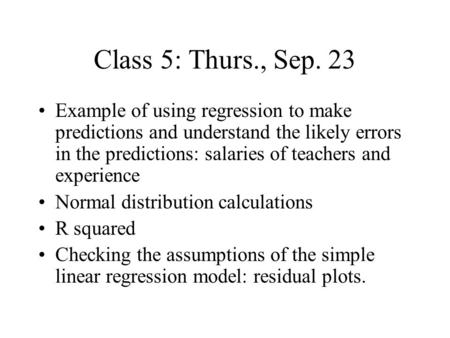 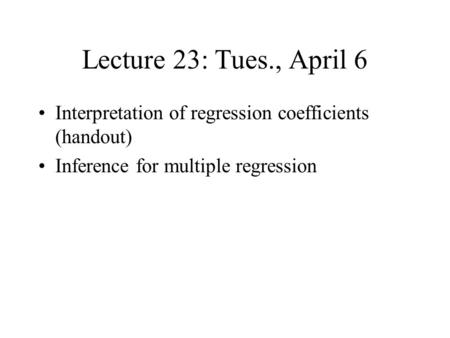 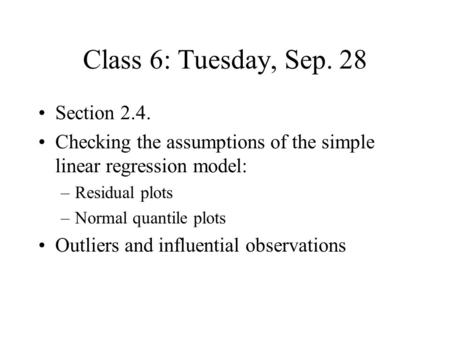 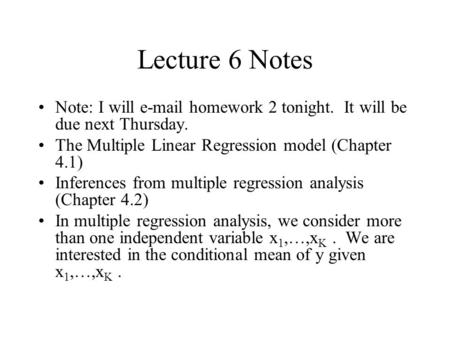 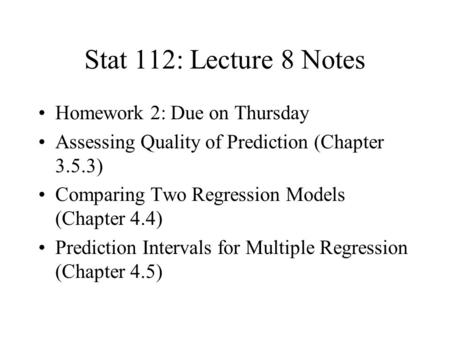 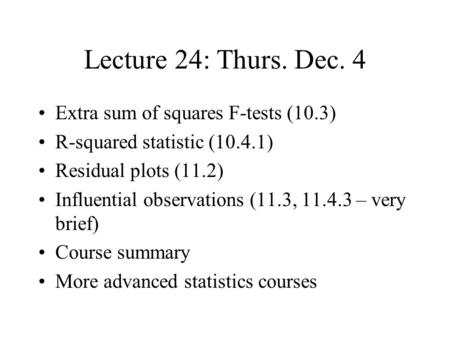 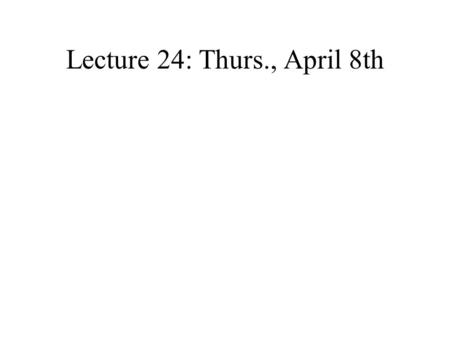