2 Water Vapor An important gas when it comes to understanding atmospheric processes Heat absorbing gas Source of all condensation and precipitation such as … Odorless, colorless gas that mixes freely with the other gases in the atmosphere

4 Changes of State of Water  Process that involve such changes of state require that heat be absorbed or released  Heat energy  Measured in calories—One calorie is the heat necessary to raise the temperature of one gram of water one degree Celsius  Ex: 10 cal. of heat added to 1 g. of water, a 10 degrees Celsius temperature rise occurs  Latent heat  Stored or hidden heat  Not derived from temperature change  Important in atmospheric processes

5 Latent Heat Under certain conditions, heat may be added to a substance without an accompanying temperature change Container of ice cube and water … Add heat, temp. remains constant UNTIL all the ice is melted Temp. begins to rise Energy was used in freeing the water molecules to move around, to melt Latent heat is heat energy not associated with a temperature change

11 Humidity: H 2 O Vapor in the Air  Measuring humidity  Mixing ratio  Not all air is saturated. How to express humidity of a parcel of air?  Mass of water vapor in a unit of air compared to the remaining mass of dry air  Often measured in grams per kilogram  Relative humidity  Ratio of the air's actual water vapor content compared with the amount of water vapor required for saturation at that temperature (and pressure)

21 Fog  Considered an atmospheric hazard  Cloud with its base at or near the ground  Most fogs form because of  Radiation cooling, or  Movement of air over a cold surface

32 Processes That Lift Air  Orographic lifting  Air is forced to rise over a mountainous barrier  Elevated terrains act as barriers  Result can be a rainshadow desert  Many of the rainiest places in the world are located on the windward mountain slopes, creating deserts on the leeward side  Western US, Patagonia Desert of Argentina  Frontal wedging  Warmer, less dense air is forced over cooler, denser air  Cool air acts as a barrier to warm air  In central N. America, masses of warm and cold air collide, producing a front  Fronts are part of the storm systems called middle-latitude cyclones, responsible for producing a high percentage of the precipitation in the middle latitudes

33 Processes That Lift Air  Convergence where the air is flowing together and rising (low pressure)  Whenever air in the lower atmosphere flows together, lifting results, can’t go down  This leads to adiabatic cooling and possibly cloud formation  Pg. 318  Localized convective lifting  Localized convective lifting occurs where unequal surface heating causes pockets of air to rise because of their buoyancy  Warmer air is less dense compared to cooler air, and rises around cooler air

48 Classification of Clouds According to Height and Form Figure 12.15 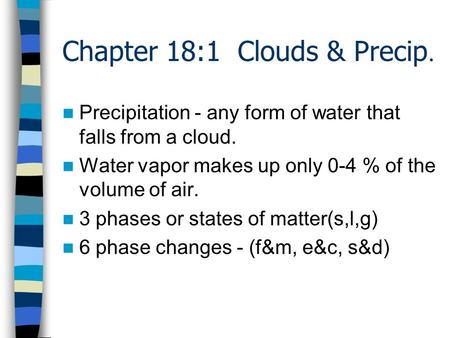 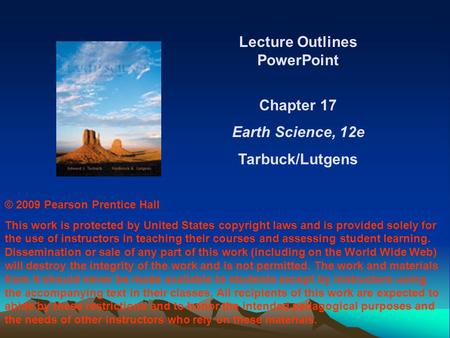 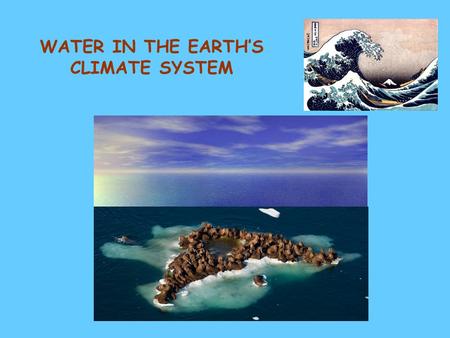 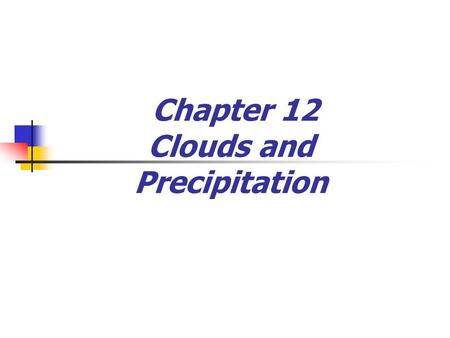 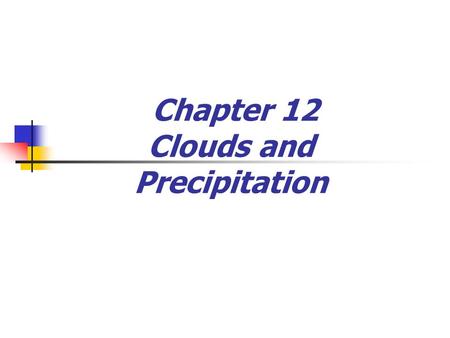 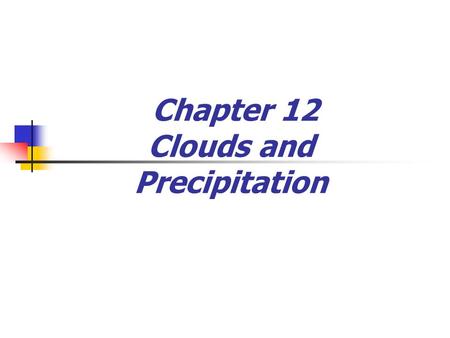 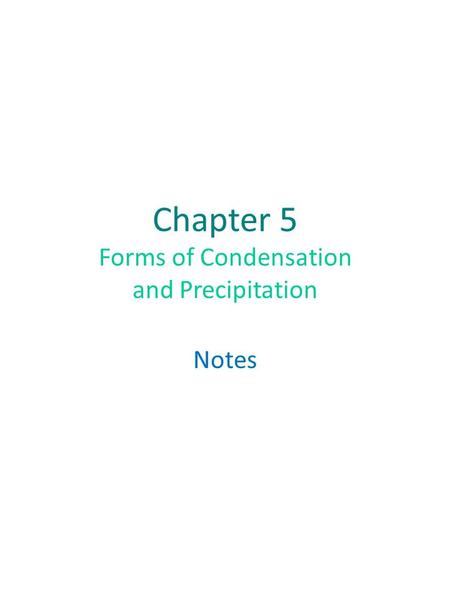