9 Single vs. Multiple Inheritance  Java supports single inheritance, meaning that a derived class can have only one parent class  Multiple inheritance allows a class to be derived from two or more classes, inheriting the members of all parents  Collisions, such as the same variable name in two parents, have to be resolved  In most cases, the use of interfaces gives us the best aspects of multiple inheritance without the overhead

10 10 Overriding Methods  A child class can override the definition of an inherited method in favor of its own  That is, a child can redefine a method that it inherits from its parent  The new method must have the same signature as the parent's method, but can have different code in the body  The type of the object executing the method determines which version of the method is invoked

13 13 Class Hierarchies  A child class of one parent can be the parent of another child, forming class hierarchies Business RetailBusinessServiceBusiness KMartMacysKinkos

19 Abstract Classes  The child of an abstract class must override the abstract methods of the parent, or it too will be considered abstract  An abstract method cannot be defined as final (because it must be overridden) or static (because it has no definition yet)  The use of abstract classes is a design decision; it helps us establish common elements in a class that is to general to instantiate

24 24 Polymorphism via Inheritance  It is the type of the object being referenced, not the reference type, that determines which method is invoked  Note that, if an invocation is in a loop, the exact same line of code could execute different methods at different times  Polymorphic references are therefore resolved at run-time, not during compilation 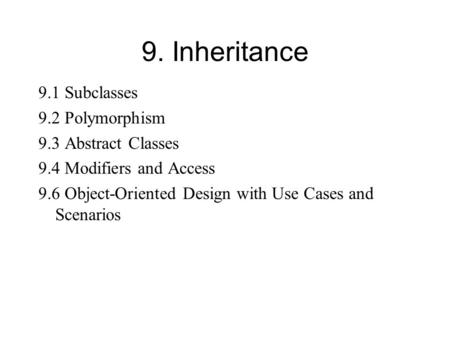 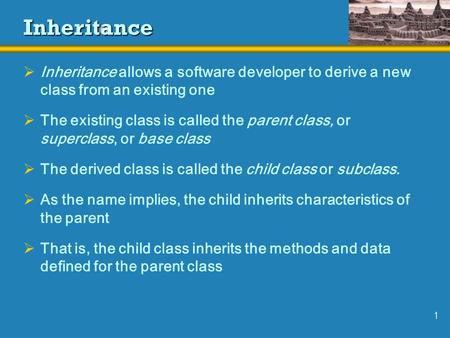 1 Inheritance  Inheritance allows a software developer to derive a new class from an existing one  The existing class is called the parent class, or. 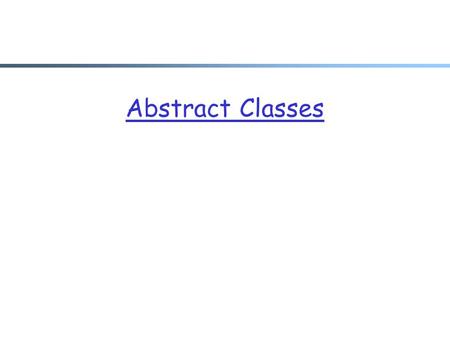 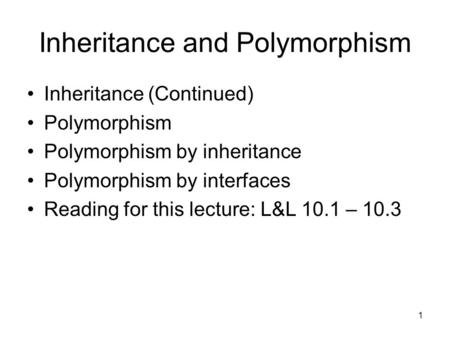 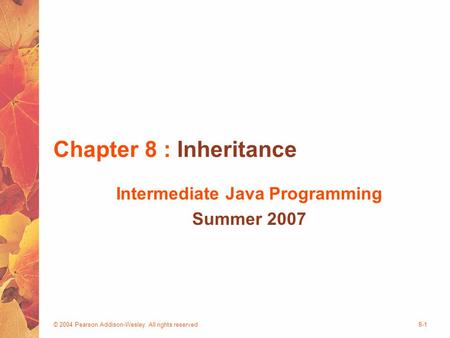 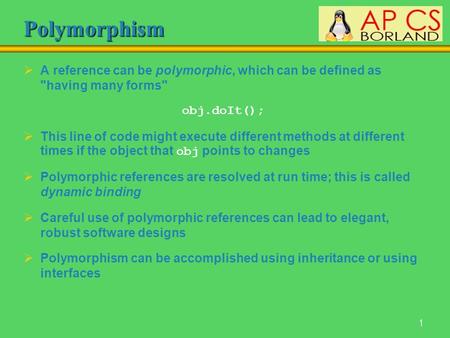 1 Polymorphism  A reference can be polymorphic, which can be defined as "having many forms" obj.doIt();  This line of code might execute different methods.