Presentation on theme: "Human Computer Interface. HCI and Designing the User Interface The user interface is a critical part of an information system -- it is what the users."— Presentation transcript:

2 HCI and Designing the User Interface The user interface is a critical part of an information system -- it is what the users see A user's attitude towards a system can be coloured by their experience of the user interface HCI combines techniques from psychology, ergonomics and computer science HCI is about designing the inputs and outputs of a system taking into account human factors

8 Use case Diagrams Use cases may be used to document the dialogue between a user and the system - e.g. Enter Customer code or look up customer in an index. For each line of the order, enter the product number and quantity. calculate the Line Price, Tax and totals automatically.

10 Two metaphors: The Direct Manipulation Metaphor The interface gives the impression that you are manipulating objects on the screen through the use of the mouse - drag and drop an icon - shrink or expand a window - push a button - pull down a menu Such interfaces are event-driven - the window manager responds to events and changes the state of the objects in the window

11 Interface for the Use Case Check Campaign Budget

12 Characteristics of Good Dialogues (1) Consistency - a consistent user interface design helps users to learn an application and to apply what they know in different parts of the application Appropriate user support - when the user does not know what action to take or has made an error - help messages -- should be context sensitive -- may be general or specific -- provide links between different levels of help -- separate screens, status line or tooltips

13 Characteristics of Good Dialogues (2) Appropriate user support - error messages -- should be informative (i.e. explain what has gone wrong and how the user can recover) - warning messages -- can prevent the user from making serious errors Adequate feedback from the system - users expect the system to respond once they have carried out some action - the system's response time should be appropriate to the type of user action - the user should be able to cancel commands

15 Characteristics of Good Dialogues (3) Minimal user input - reduce unnecessary input from the user - use codes and abbreviations - select from a list - edit incorrect values or commands - prevent information from being re-entered if it can be derived - use default values - provide shortcuts, key combinations for advanced users

19 Steps and Objectives in HCI Design

20 Scenario-based Approach A scenario is a step-by-step description of a user's actions - used as tool in requirements gathering, interface design and evaluation - can be a textual narrative describing a user's actions - storyboards (series of pictures that depict actions) - video mock-ups - prototypes Use cases are similar to scenarios

21 Examples of Scenario Pete starts up the word-processor. He types in a title for the note and changes its style to Title. He types in two paragraphs describing his idea for an advertisement for the Yellow Partridge campaign to be used in fashion magazines in Europe during the summer of 1999. He types his initials and the date and time. He uses the short-cut keys to save the file. The save-as dialogue box appears and, using the mouse, he changes to the Summer 1999 Campaign folder in the Yellow Partridge folder on the server. He scrolls to the bottom of the list of files already in the folder and reads the title of the last note to be added, Note 17, he calls the new note Note 18 and clicks on Save. He exits from the word-processor.

25 Summary System designers must take account of the requirements of the people who use their software - to reduce errors, and maximise user-satisfaction The dialogue and direct manipulation metaphors The scenario approach to interface design References: Bennett et al, Chapter 16, Maciaszek, Chapter 6

Download ppt "Human Computer Interface. HCI and Designing the User Interface The user interface is a critical part of an information system -- it is what the users." 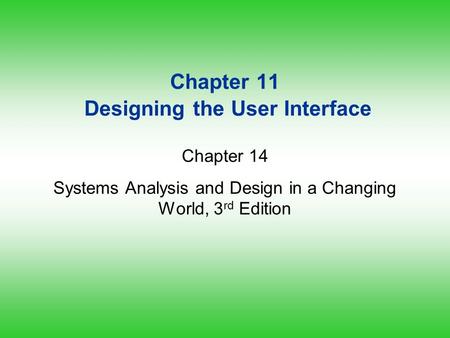 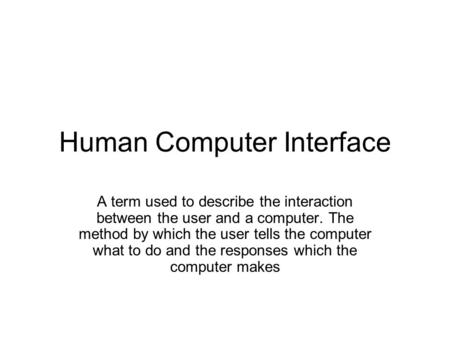 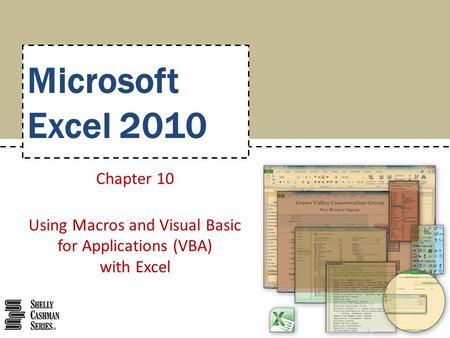 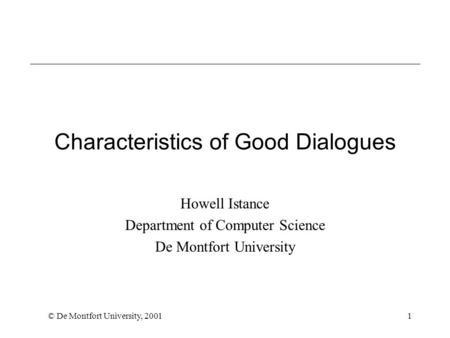 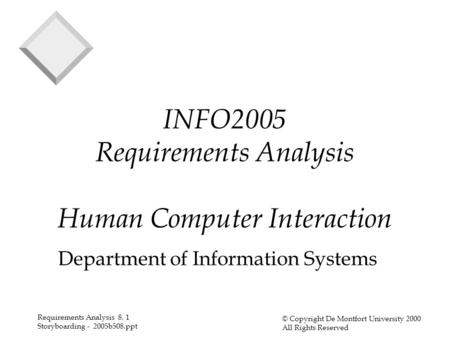 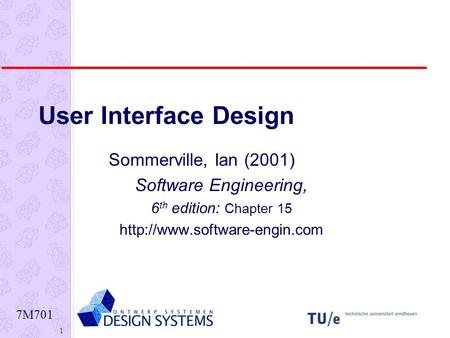 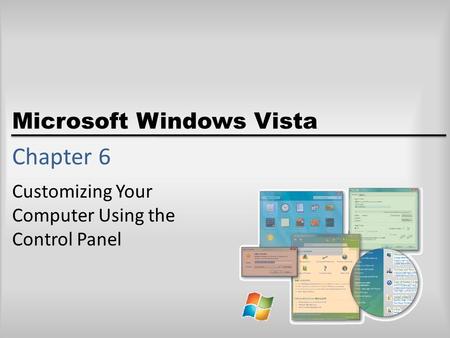 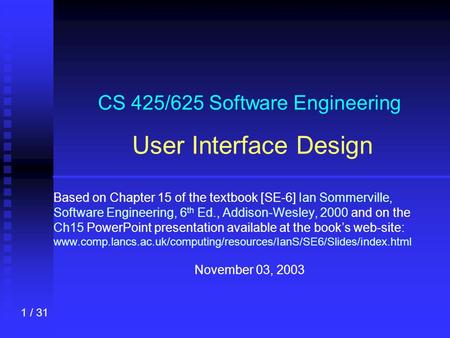 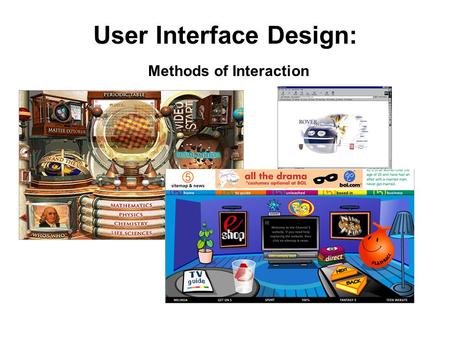 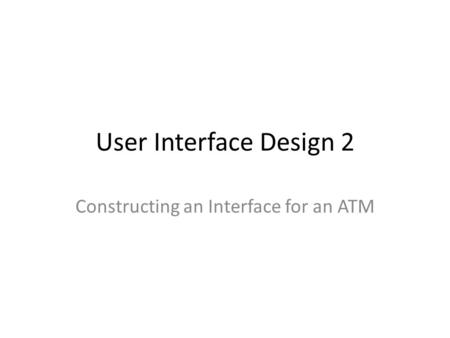 User Interface Design 2 Constructing an Interface for an ATM. 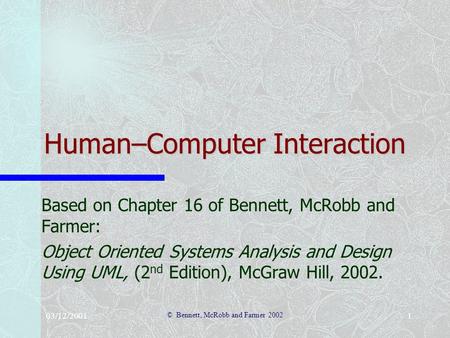 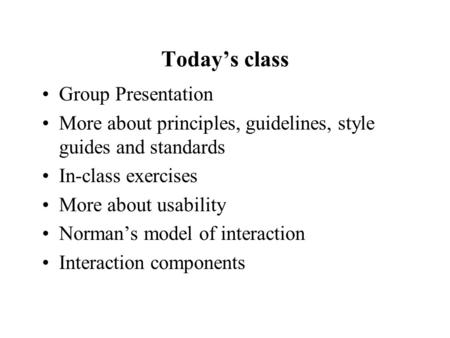 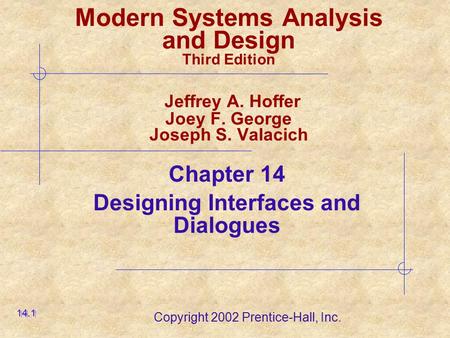 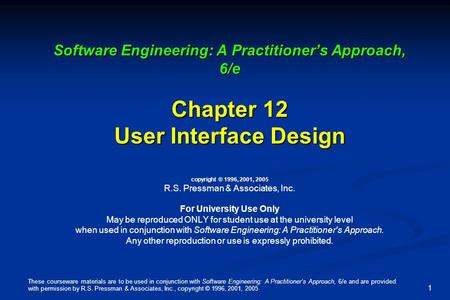 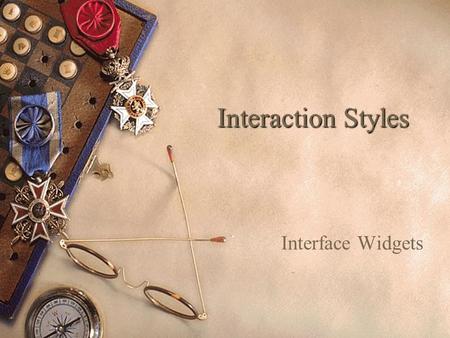 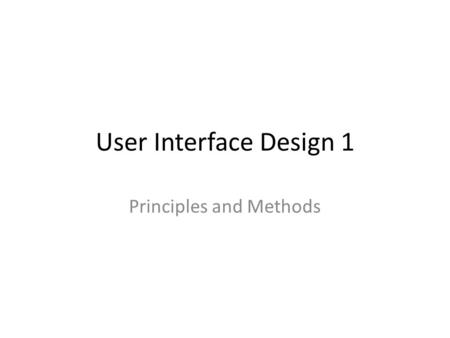 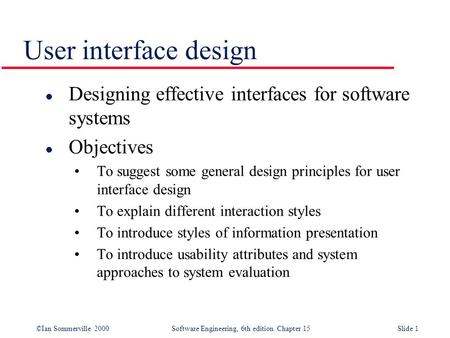 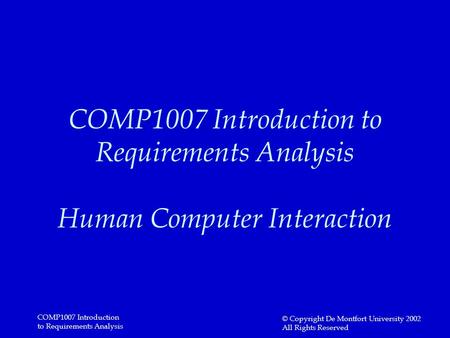 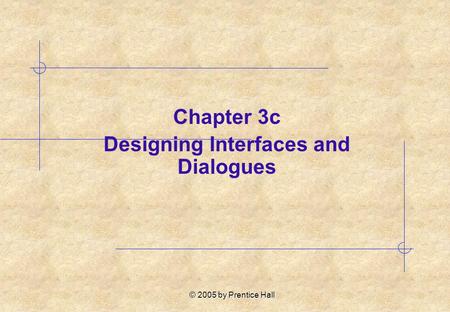 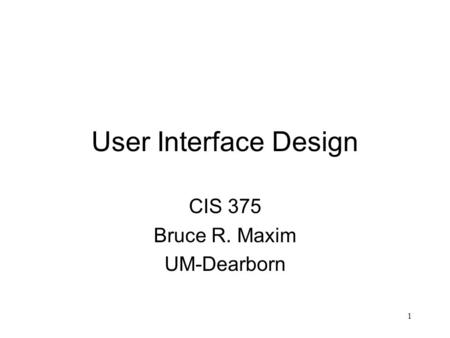