2 Introduction Learning objectives:
What is the general arrangement of biological data in the public databases? To know the information retrieval skills that will allow you to make effective use of the databases. To become familiar with basic operations. How does one retrieve information on a particular subject in the literature? Tutorial embedded in many databanks, which make it easy to explore their facilities.

4 The Archives Massive biological experimental data
These biological information databases can be classified into two types The first level databases Come from the raw data which were obtained via the experiments. “simple” The second level databases Further reorganized based on.. in order to achieve some specific goals the original data which obtains to the experiment, only passes through the simple classification reorganization and the annotation;

8 Nucleic acid sequence databases
GenBank nucleic acid sequence and the protein sequence literature work biological annotation A new release is made every two months GenBank information retrieval system The Genbank storehouse has contained all known nucleic acid sequence and the protein sequence, as well as literature work and biology annotation which is connected with them. GenBank is an annotated collection of all DNA sequences. A new release of GenBank is made every two months. GenBank is part of the International Nucleotide Sequence Database Collaboration which also includes the DNA DataBank of Japan (DDBJ) and the European Molecular Biology Laboratory (EMBL). The data are exchanged among these three organization on a daily basis. GenBank is the primary sequence repository. It contains the annotated sequences submitted by the original authors and only the original authors can change them.

10 NCBI ENTREZ Literature Database
GenBank Protein databases Genomes PopSet Taxonomy OMIM MedLine Literature Database Database of DNA sequences that have been collected to analyze the evolutionary relatedness of a population. Database of human genes and genetic disorders Database of all publicly available DNA sequences Database of amino acid sequences from SwissProt, PIR, PRF, PDB, and translations from annotated coding regions in GenBank and RefSeq. Database of genomes from organisms and viruses Database of names of organisms with sequences in GenBank or Prot PubMed Central PubMed Central (PMC) is the U.S. National Library of Medicine's digital archive of life sciences journal literature. Access to the full text of articles in PMC is free, except where a journal requires a subscription for access to recent articles OMIM Database The OMIM (Online Mendelian Inheritance in Man) database is a catalog of human genes and genetic disorders. See OMIM and OMIM Help. The Reference Sequence (RefSeq) collection aims to provide a comprehensive, integrated, non-redundant set of sequences, including genomic DNA, transcript (RNA), and protein products, for major research organisms. RefSeq standards serve as the basis for medical, functional, and diversity studies; they provide a stable reference for gene identification and characterization, mutation analysis, expression studies, polymorphism discovery, and comparative analyses. RefSeqs are used as a reagent for the functional annotation of some genome sequencing projects, including those of human and mouse. Taxonomy Database The Taxonomy database contains the names of all organisms that are represented in the NCBI genetic database by at least one nucleotide or protein sequence PopSet Database The PopSet database contains aligned sequences submitted as a set resulting from a population, phylogenetic, or mutation study. These alignments describe such events as evolution and population variation.

11 PubMed Center the U.S. National Library of Medicine's digital archive of life sciences journal literature Access to the full text of articles in PMC is free, except where a journal requires a subscription for access to recent articles

12 OMIM-Online Mendelian Inheritance in Man
A catalog of human genes linked to diseases Began by Victor A. McKusick at Johns Hopkins University A good place to start when you want to research a certain disease or biological molecule This database is cross-referenced to PubMed and other NCBI-based databases OMIM Database The OMIM (Online Mendelian Inheritance in Man) database is a catalog of human genes and genetic disorders. See OMIM and OMIM Help.

16 PIR PIR-International Protein Sequence Database: an annotated, non-redundant and cross-referenced database of protein sequences. PIR Alignment Database, PIR-ALN: contains sequence alignments of superfamilies, families and homology domains produced from information in the Protein Sequence Database. FAMBASE Family Database: a searchable database containing a single representative sequence from each protein family. RESID Database of Amino Acid Modifications: based on feature information in the Protein Sequence Database. major nucleic acid, literature, genome, structure, sequence alignment and family databases PIR maintains several auxiliary databases to help annotation and for integrity checking. These include: PIR-ALN, containing alignments of superfamilies, families and homology domains; FAMBASE, a searchable database of family representatives; and the RESID Database of covalent protein modifications. All the Databases can be accessed on the PIR Web site ( and contain hypertext-links to each other and relevant external databases. The Web site is being redesigned to include new BLAST similarity search engines and pattern matching capabilities. The latest quarterly release of the databases can be accessed through the ATLAS multi-database retrieval software on the Atlas CD-ROM and downloaded by FTP

18 SWISS-PROT http://www.ebi.ac.uk/swissprot/
an well-annotated protein sequence database established in 1986. It is maintained collaboratively by the Swiss Institute for Bioinformatics (SIB) and the European Bioinformatics Institute (EBI). a curated protein sequence database that provides a high level of annotation, a minimal level of redundancy and a high level of integration with other databases. Note: UniProtKB/TrEMBL and UniProtKB/Swiss-Prot have been incorporated into the UniProt (Universal Protein Resource). a one-stop shop allowing easy access to all publicly available information about protein sequences.

19 PROSITE http://ca.expasy.org/prosite/
a method of determining what is the function of uncharacterized proteins translated from genomic or cDNA sequences. a database of biologically significant sites patterns formulated in such a way that with appropriate computational tools it can rapidly and reliably identify to which known family of protein (if any) the new sequence belongs. 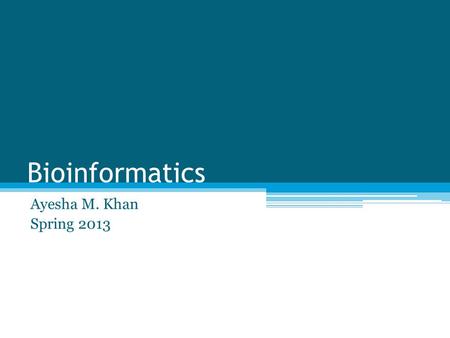 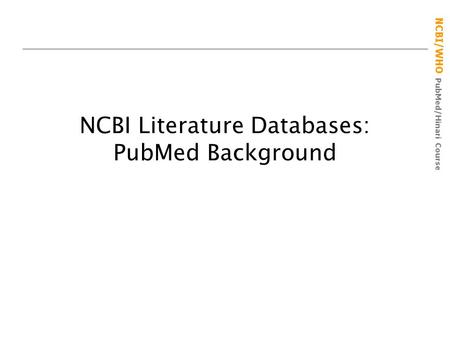 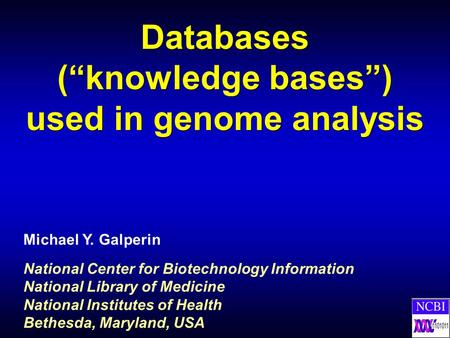 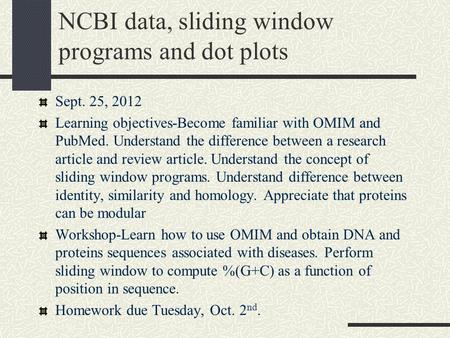 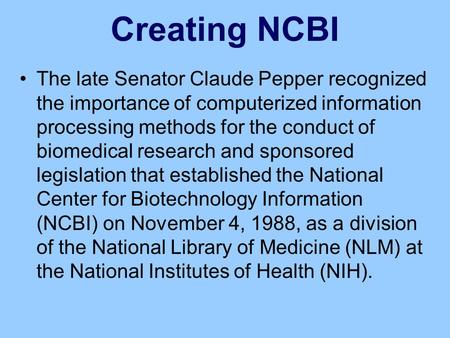 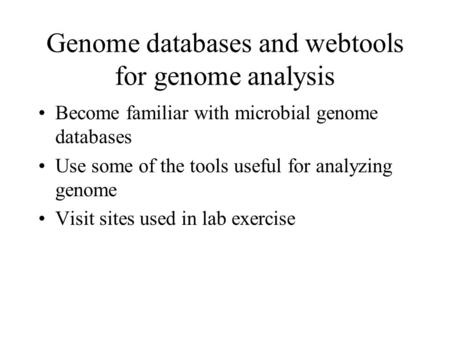 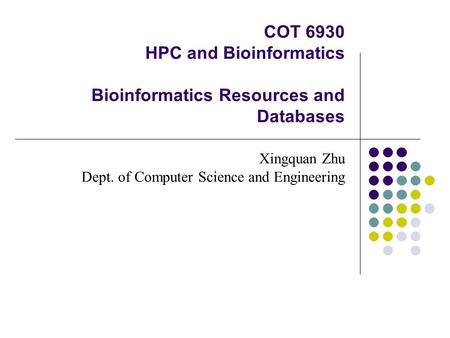 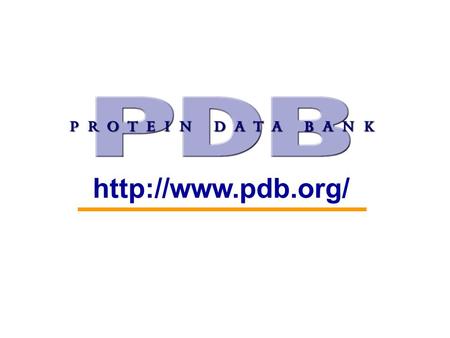 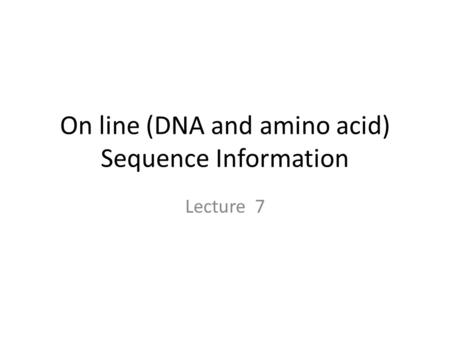 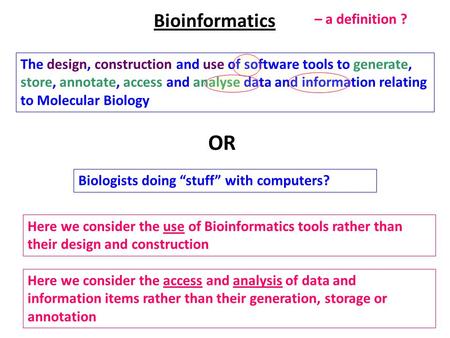 The design, construction and use of software tools to generate, store, annotate, access and analyse data and information relating to Molecular Biology. 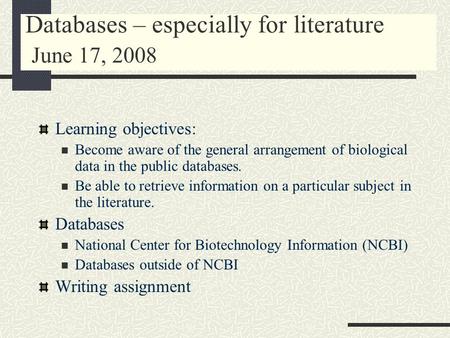 Databases – especially for literature June 17, 2008 Learning objectives: Become aware of the general arrangement of biological data in the public databases. 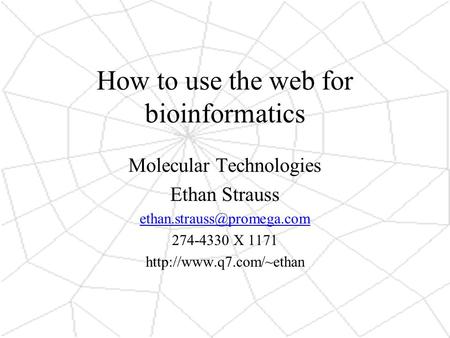 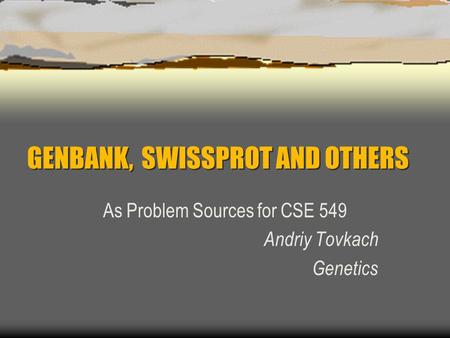 GENBANK, SWISSPROT AND OTHERS As Problem Sources for CSE 549 Andriy Tovkach Genetics. 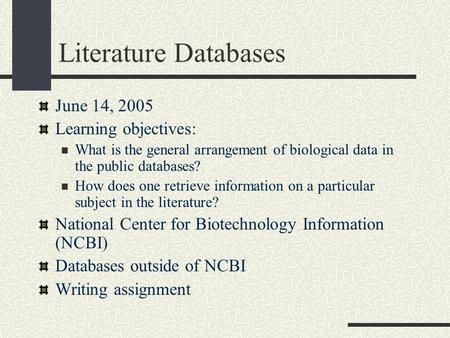 Literature Databases June 14, 2005 Learning objectives: What is the general arrangement of biological data in the public databases? How does one retrieve. 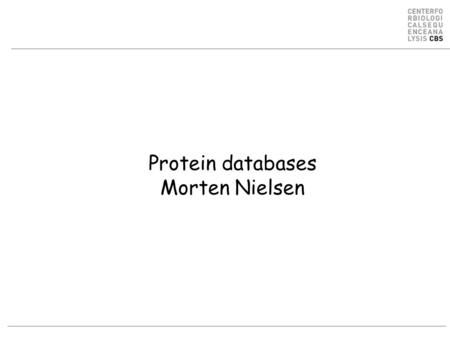 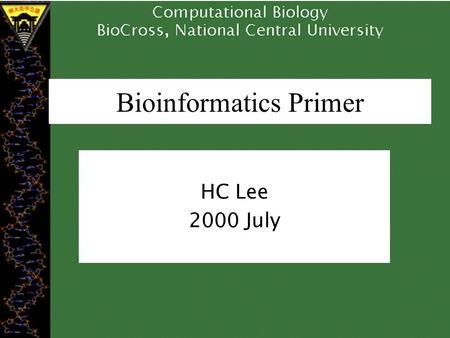 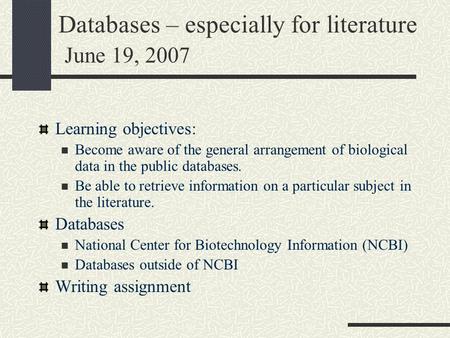 Databases – especially for literature June 19, 2007 Learning objectives: Become aware of the general arrangement of biological data in the public databases. 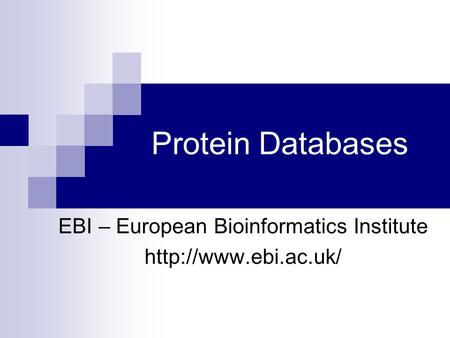 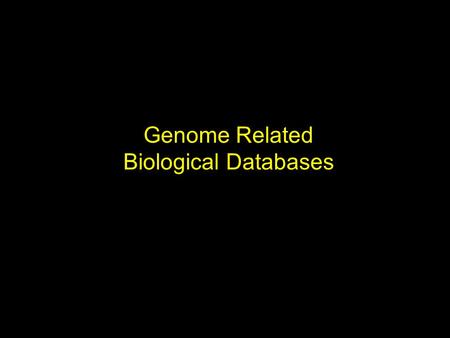 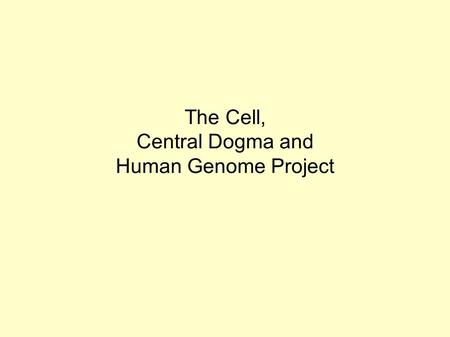