3 3 Status at Abingdon 3 Station tracker had been assembled (in only a few months) and data-taken at D0 test stand in Fermilab First analysis of the data saw signals from the tracker, however there were question marks over the decoding of the data and less light seen than anticipated. Initial estimates of efficiency and dead channel rates were consistent with expectations, however had large uncertainties...

4 4 VLPC Decoding The tracker is read-out by one 1024 channel VLPC cassette, through eight 128 fibre D0 connectors. Each of these is read out by a pair of multi chip modules (MCMs). The ordering of the data in the output stream from the MCMs was originally incorrect. This has been corrected, and two parallel approaches to describing the full decoding from electronics channel to station, plane and fibre numbers now agree completely.

5 5 Trigger Timing There is a particular window during which the VLPCs are most sensitive to arriving photons. A delay between the trigger and VLPC read-out needs to be adjusted in order to time the read-out with respect to the trigger such that the light arrives during this window. Studies of light yield versus timing have shown that in 2003 this situation was not optimised. The data taken in March 2004 has included a timing scan to optimise the read-out.

6 6 Gain Settings and Calibration DAQ run with ramp trim set at two values: –0x150 (most data) gives gain of ~5 ADC/PE –0x350 (small amount) gives gain of ~14 ADC/PE Calibration of gains for each channel determined from runs taken with LED. Not had enough time to sort out channels with poor fits from 2003 data, so will only use 2004 data. Mean gain is 5.3 ADC/PE with a spread of about 12%.

7 7 Pedestal and CMN Pedestals are typically around 30 ADC counts. Common noise per MCM (64 channels) creates a global shift of all 64 channels from event to event. This CMN is subtracted event by event. Resulting distribution shows pedestal at 0 (width 2.9 ADC) with signal above. 3 times sigma of pedestal width is 1.95 PE.

8 8 Reconstruction - Clusters Most tracks go through one group of seven fibres, and so a single electronic channel sees all the light. A fraction go through the edges of two neighbouring groups, and so the light is shared between neighbouring channels A cluster is built from one or two channels, each channel must have at least 1 PE and the sum must have at least 2 PE.

9 9 Space Points Triplets (a hit in all 3 projections) are built in station B first. Clusters used in a triplet (or triplets) are not used in the next stage. Duplets (pairs of clusters in two projections of a station) are built from all remaining combinations in all 3 stations. Due to DAQ restriction (only 1 cassette means 1008 out of 1512 channels read-out), active area in 3 stations is not the full 30cm circle.

10 10 Tracking All combinations of points are tested, and that with the best  2 is kept (assuming that the  2 is small enough). 2003 data has 1670 tracks. 2004 data taken so far has 8484 (0x150) and 1679 (0x350) tracks. Space points in tracks are used to determine point resolution. Light Yield determined by looking at distribution of light in clusters that are included in a track.

12 12 Dead Channels For each channel, determine the rate of hits above 4 PE on that channel. Plot rate versus channel number and look for channels that are 0, or very low. No channels with exactly 0 hits, however 1 with a very low rate, and another that is a little lower than its neighbours. Worst case: 2 / 1008 = 0.2% G4MICE assumption is 0.25%

15 15 Point Resolution Subtracting extrapolation error from residual widths (RMS or sigma) gives point resolution (assuming all three X planes have the same resolution). Resolution = 442 ± 4 (stat) ± 27 (syst)  m. Depending on definition of the width of one channel (clusters complicate the issue slightly), expected resolution is between 424 and 465  m. Resolution measured in tracker agrees with expectations.

20 20 Single Plane Efficiency Efficiency calculated in Station B, one plane each of 2500, 3500 and 5000 ppm 3HF. Track built from 6 other planes and extrapolated to plane under test. Road-width varied from 2 to 50mm. Systematic errors determined from variation with road-width and runs on different sets of data. Algorithm will not over-estimate efficiency, but as a result may slightly under-estimate it.

22 22 Conclusions Tracker performs at least as well as expected based on expectations from D0 and design: –Light Yield better than 8 PE –Single Plane efficiency consistent with light yield –Dead channel rate lower than G4MICE assumption –Point Resolution as expected from design Performance currently being fed into G4MICE (see talk on Wednesday) Only thing left is to build a couple of full trackers for MICE… 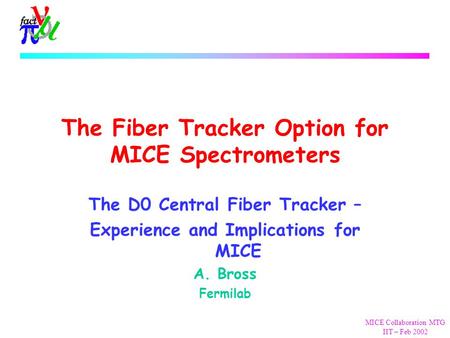 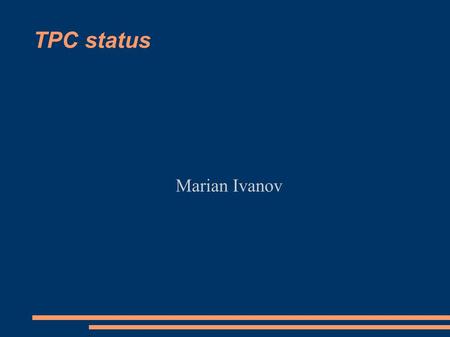 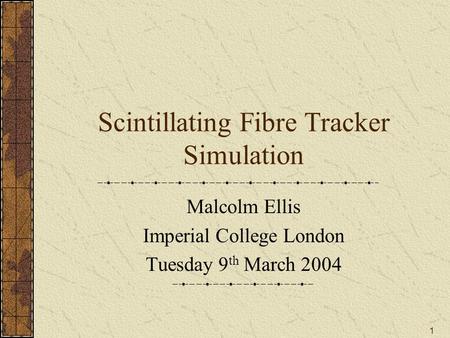 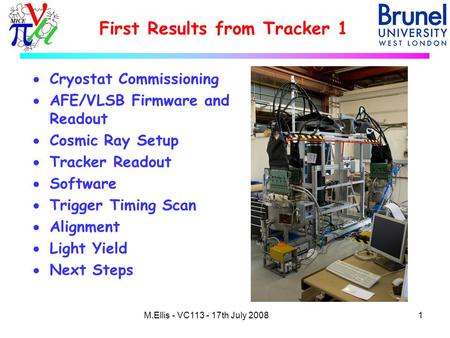 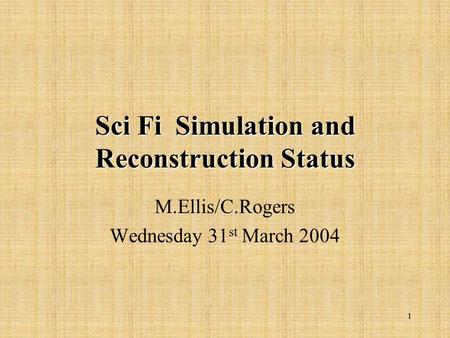 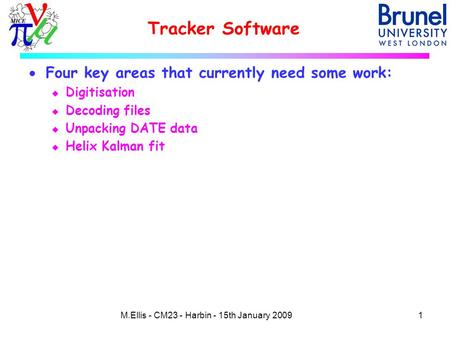 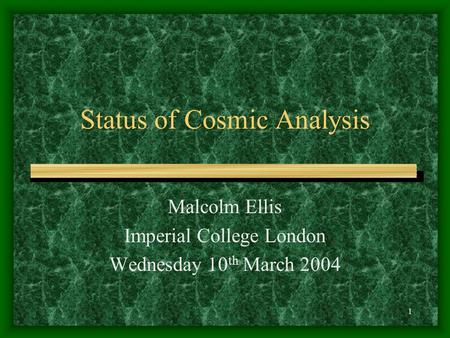 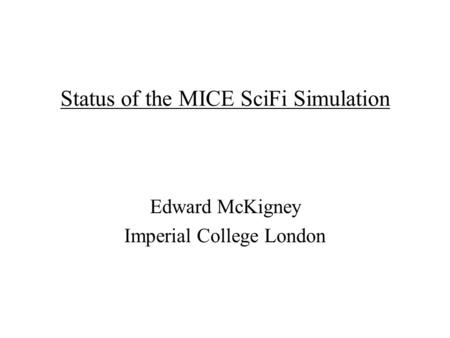 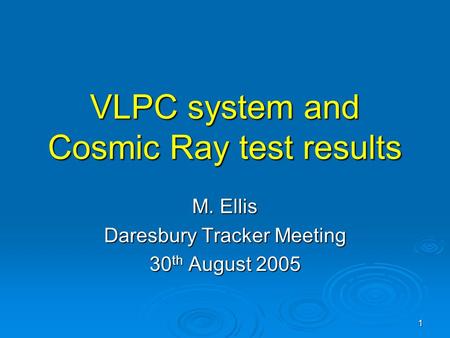 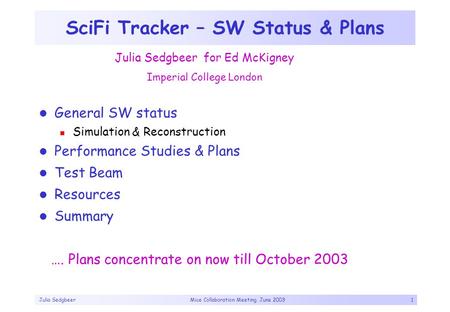 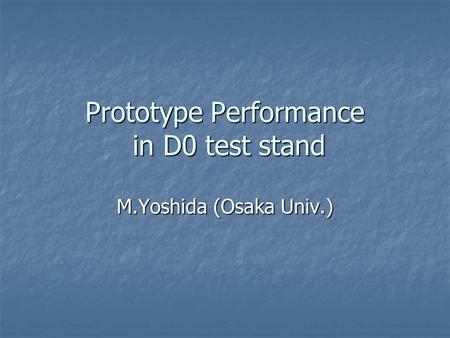 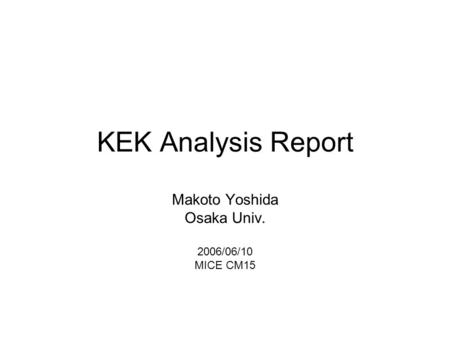 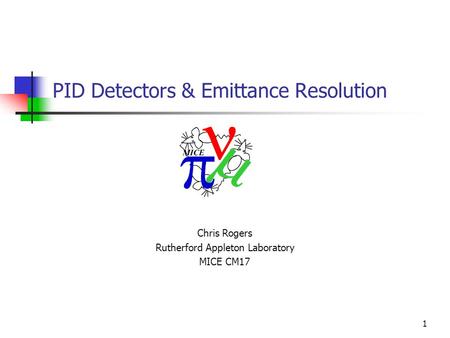 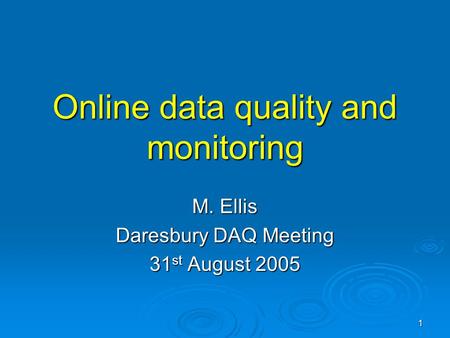 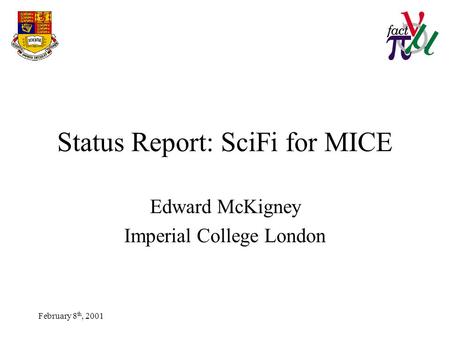 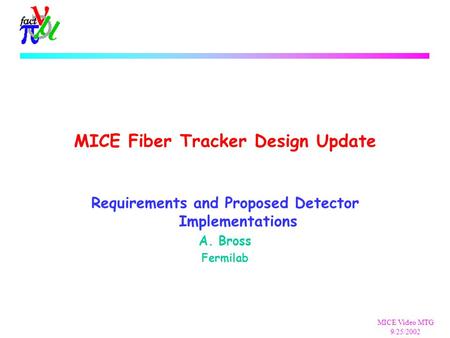 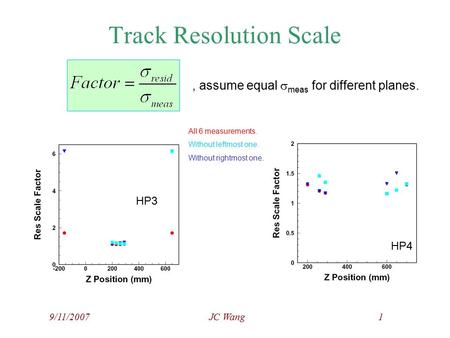 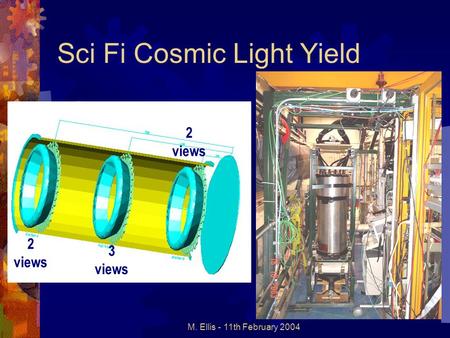