Presentation on theme: "1 Chapter 7 Graphics and Event Handling. 2 Overview The java.awt and javax.swing packages and their subpackages support graphics and event handling. Many."— Presentation transcript:

2 2 Overview The java.awt and javax.swing packages and their subpackages support graphics and event handling. Many rudimentary AWT components are “heavyweight” in that have nonrudimentary native peers, which in this sense have “extra baggage.”

3 3 Overview Swing set components are “lightweight” for the most part in that they do not have native peers but are rather rendered using primitive graphics constructs such as lines and shaded regions. The Swing set has only four “heavyweight” components: JApplet, JFrame, JDialog, and JWindow.

5 5 Event-driven programming Modern windows systems have an event- driven programming model. –An application in this model typically has a GUI to facilitate interaction. –User-generated actions such as mouse clicks generate events, which the system queues and then dispatches to event-handling procedures or “callbacks.”

6 6 Java event model The AWT and Swing set support an event- delegation model: –An event source such as a button can generate events. –An event listener is an object registered with the source to be notified when an event occurs. –A listener provides a callback to which an Event argument is passed.

7 7 Java event model An event listener implements a particular interface to signal that the listener is prepared to handle particular types of events. –For instance, listeners of button clicks and menu selections implement the ActionListener interface.

10 10 Graphics basics Components and containers are at the core of Java graphics: –A component is a prebuilt part such as a button, a checkbox, a list, or a menu. –A container is a component that can embed other components. –Because containers are components, components can be nested inside of others.

11 11 Graphics basics A container has a layout manager that determines how embedded components are organized and arranged. –For instance, a FlowLayout arranges components such as buttons and labels in a left- to-right and top-to-bottom fashion.

14 14 Model-View-Controller The Swing set has a model-view-controller architecture. –The model contains state information about a component. For instance, a scrollbar’s model stores information about the thumb’s position. –The view renders the component visually. –The controller handles event-driven interactions between the model and the view.

16 16 Pluggable look and feel The Swing set supports PLAF or Pluggable Look and Feel for components. –Through PLAF, the same components can be rendered in the same style regardless of the underlying platform. –AWT components, by contrast, are rendered differently on different platforms.

18 18 Summary of Java graphics Because Java provides standard packages and classes for graphics, applications that use graphics remain portable. The relatively simple AWT package supports basic graphics and event handling. The Swing set augments and extends the basics supplied in the AWT package.

Download ppt "1 Chapter 7 Graphics and Event Handling. 2 Overview The java.awt and javax.swing packages and their subpackages support graphics and event handling. Many." 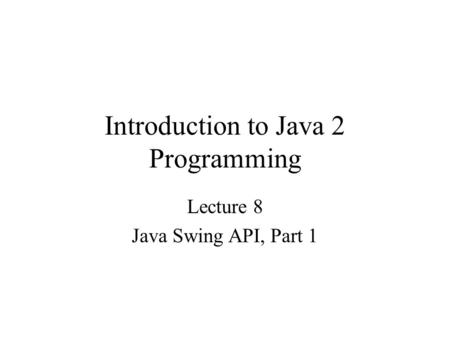 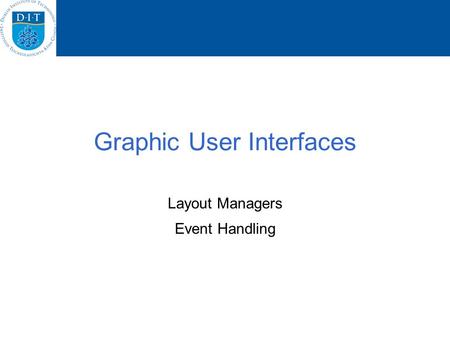 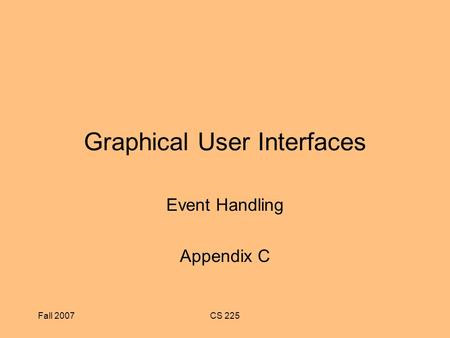 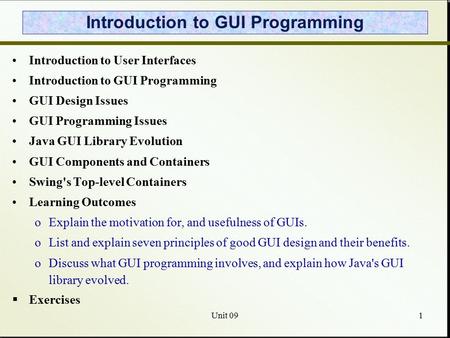 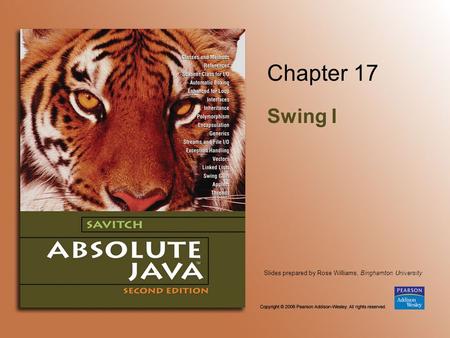 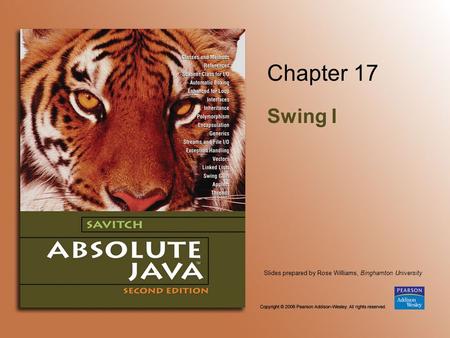 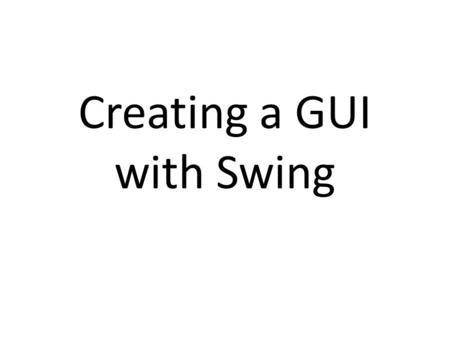 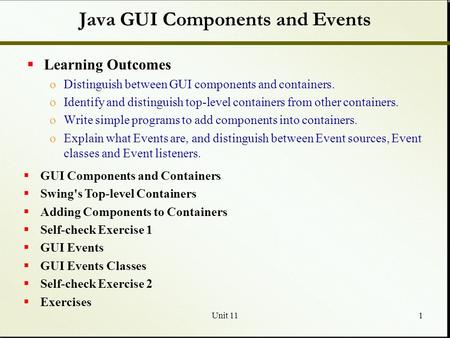 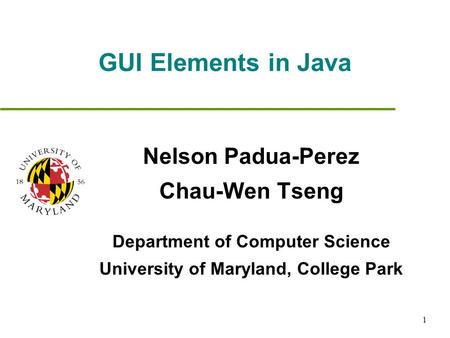 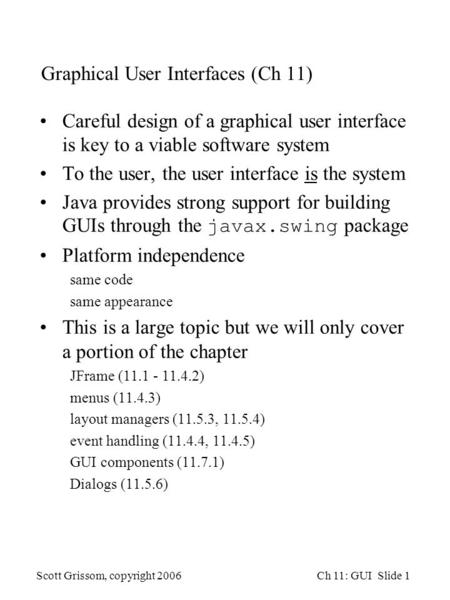 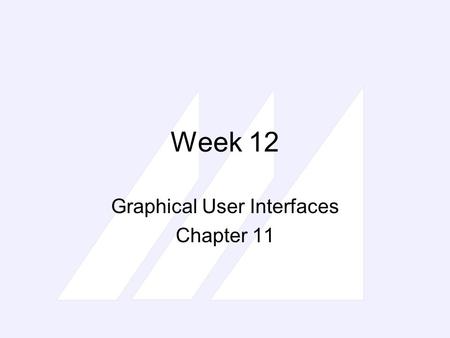 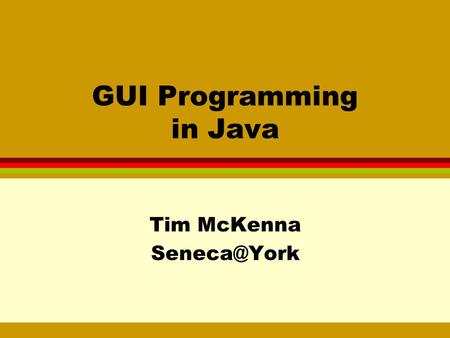 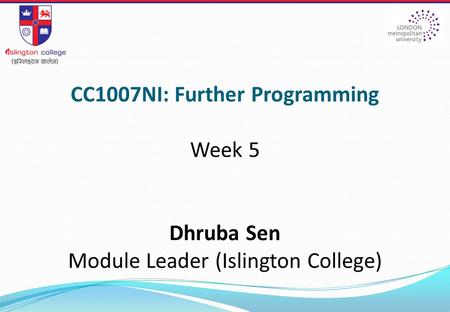 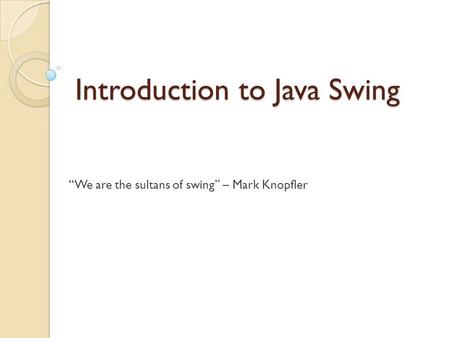 Introduction to Java Swing “We are the sultans of swing” – Mark Knopfler. 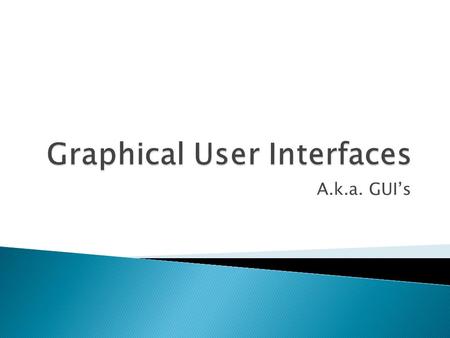 A.k.a. GUI’s.  If you want to discuss your Lab 2 grade come see me this week. ◦ Office: 436 ERB. One hour prior to class ◦ Open to Appointments MWF  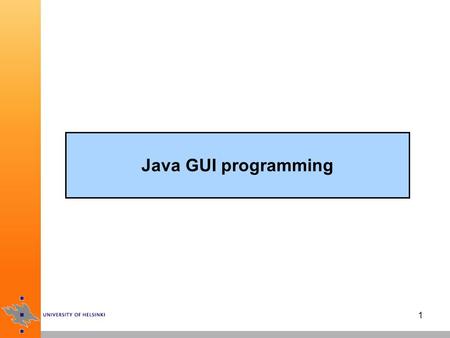 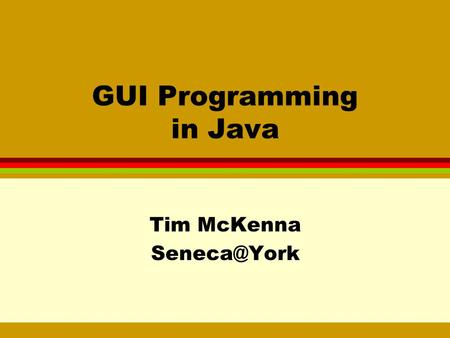 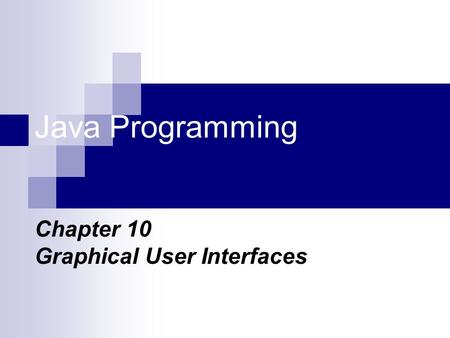 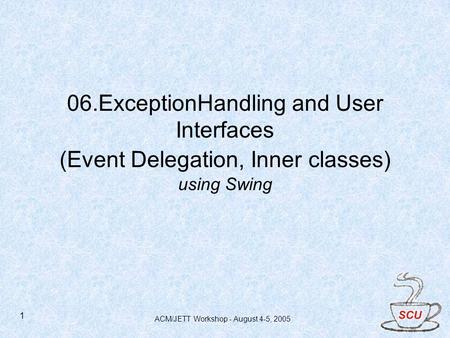 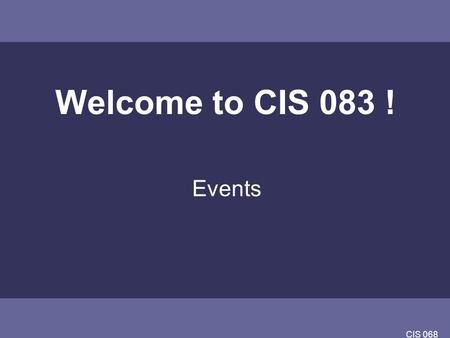