Microwindow Selection for the MIPAS Reduced Resolution Mode INTRODUCTION Microwindows are the small subsets of the complete MIPAS spectrum which are used.

Presentation on theme: "Microwindow Selection for the MIPAS Reduced Resolution Mode INTRODUCTION Microwindows are the small subsets of the complete MIPAS spectrum which are used."— Presentation transcript:

1 Microwindow Selection for the MIPAS Reduced Resolution Mode INTRODUCTION Microwindows are the small subsets of the complete MIPAS spectrum which are used for the retrievals of the L2 products. Ideally, these microwindows represent regions of the spectrum with maximum information content on the target molecule and minimum contribution from systematic errors, such as interfering lines of other molecules. In January 2005 MIPAS resumed operation at 40% of its original spectral resolution (0.0625cm-1 instead of the 0.025cm-1). However, there were also two other changes which had a significant impact on the microwindow selection. The first was the decision to oversample the limb scan at low altitudes, i.e. making measurements at 1.5km tangent height spacing instead of the original 3km (which is comparable with the actual instrument field-of-view). The second was to adopt a ‘floating altitude’ grid (previously the altitudes had been fixed) so that the scan pattern is adjusted around the orbit approximately following the tropopause.. REDUCED RESOLUTION The figure shows the effect of reducing the spectral resolution by factor R when observing (a) isolated lines and (b) dense line spectra, assuming that the underlying atmospheric features (shown in black) are narrower than even the higher resolution ILS. For isolated lines the 'signal’, as shown by the solid red and blue lines, is reduced by a factor R while for dense features it remains constant. For a fixed interferometer slide speed the spectral noise (nW/(cm 2 sr cm -1 )) is reduced by a factor √R. Therefore, for isolated lines the S/N is reduced by a factor √R while for dense features it is increased by a factor √R at each spectral point. However, the number of spectral points is reduced by a factor R so the integrated S/N across the dense feature remains constant. So, for MIPAS the retrieval precision for a given total microwindow bandwidth would be expected to remain the same or worsen by a factor up to √R = 1.6, depending on the type of spectral features used. This simple theory does not allow for the other main impact of reduced resolution which is the ability to discriminate between lines of the target molecule and those of interfering species. In practice this results in a greater loss of information for a given number of measurements than the above prediction. NEW MICROWINDOWS The upper panel shows the locations and tangent altitude coverage of the original microwindows used for high resolution spectra. The next panel shows the microwindows selected for a short period of operation using low resolution spectra but the original limb scan pattern - this illustrates changes in selection due purely to the spectral resolution. The third panel shows the microwindows currently selected for the low resolution nominal mode. The lowest panel shows the emission features of the molecules of interest in these spectral regions (note that no microwindows are selected in the MIPAS D band). LIMB OVERSAMPLING The MIPAS operational processor retrieves profiles of target species on the measurement tangent points. With a 3km high FOV this naturally leads to a limb scan pattern with 3km spacing and a corresponding vertical resolution. However, since the reduced resolution allows more spectra to be acquired in a given time (i.e. horizontal spacing), it was decided to add extra measurements to the limb scan, particularly in the lower atmosphere, to attempt to improve the vertical resolution. Plot showing the sensitivity of the limb radiance at 9km tangent height to a 1% perturbation in methane within a 3km layer (red) and within a 1.5km layer (blue). The effect is to significantly reduce the S/N for each profile level, not only due to the fact that the sensitivity to each profile level is reduced because the layers are thinner, as shown in the figure (which would also be true for an instrument of infinitessimal FOV), but, more significantly, because of the increased correlations caused by the overlapping FOVs of adjacent measurements. Anu Dudhia Atmospheric, Oceanic & Planetary Physics, University of Oxford FLOATING ALTITUDES The new scan pattern has, on average, the same lower altitude (6km) as the original scan pattern but varies by approximately ±3km around the orbit to follow the tropopause (and anticipated cloud tops). At the poles this means that MIPAS now sounds to significantly higher pressures than before (600mb instead of 400mb). Low resolution transmittance spectra for limb paths at 6km tangent altitude (green) and 3km tangent altitude (blue). The equivalent 3km spectra for high resolution is also shown to demonstrate that the low 3km transmittance is not related to the resolution. The extra pressure results in a significant decrease in transmittance, reducing the spectral regions available for microwindow selection. RETRIEVAL ACCURACY Predicted retrieval accuracy for the various MIPAS L2 products for mid-latitude conditions. Red are the original full resolution products (on the original tangent points), light blue are the reduced resolution on the oversampled grid without regularisation, and dark blue the same but with regularisation. Solid lines are total error, consisting of a random (dotted) and systematic (dashed) components.

Download ppt "Microwindow Selection for the MIPAS Reduced Resolution Mode INTRODUCTION Microwindows are the small subsets of the complete MIPAS spectrum which are used." 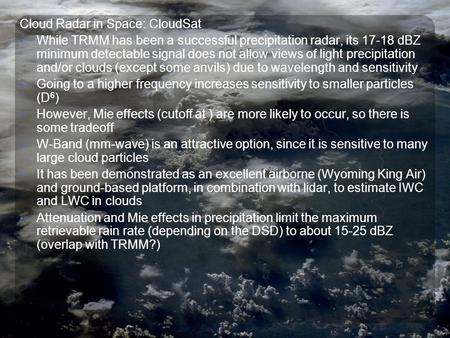 Cloud Radar in Space: CloudSat While TRMM has been a successful precipitation radar, its dBZ minimum detectable signal does not allow views of light. 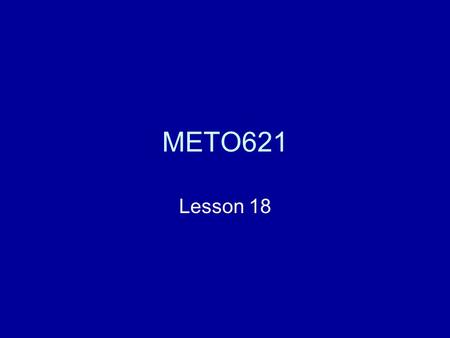 METO621 Lesson 18. Thermal Emission in the Atmosphere – Treatment of clouds Scattering by cloud particles is usually ignored in the longwave spectrum. 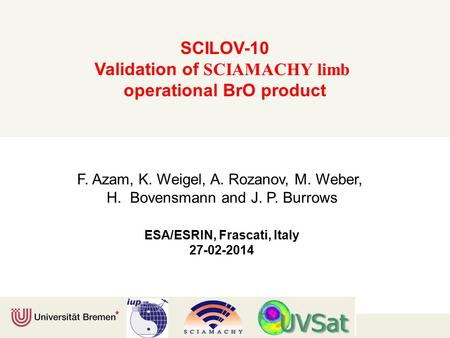 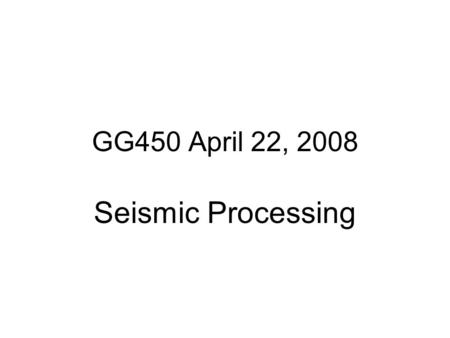 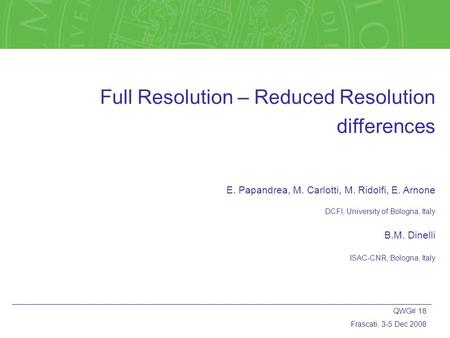 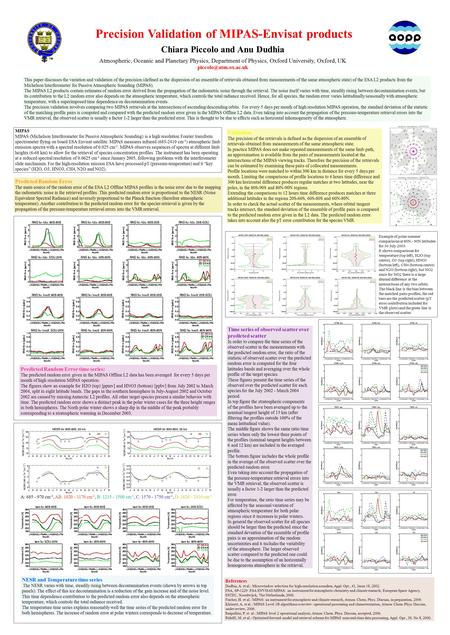 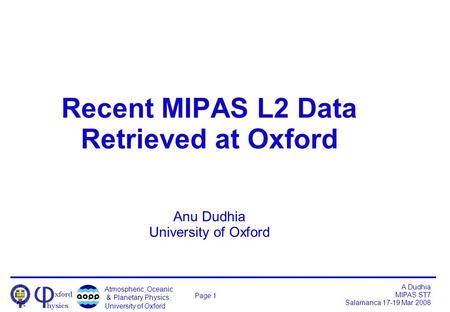 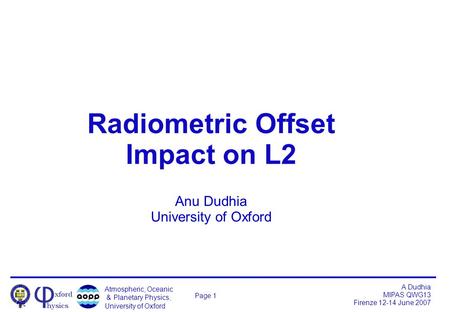 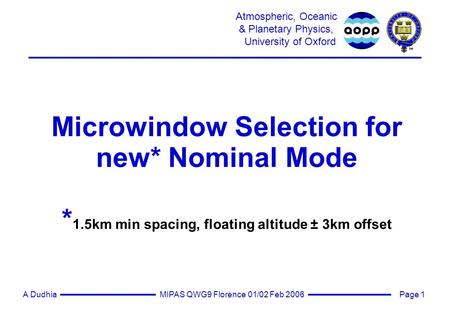 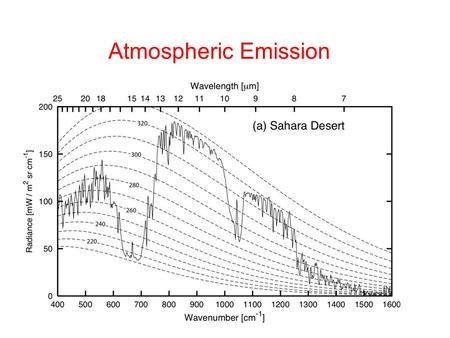 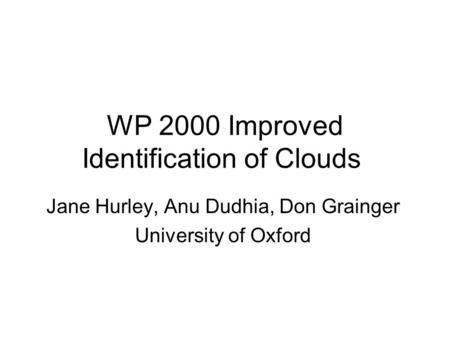 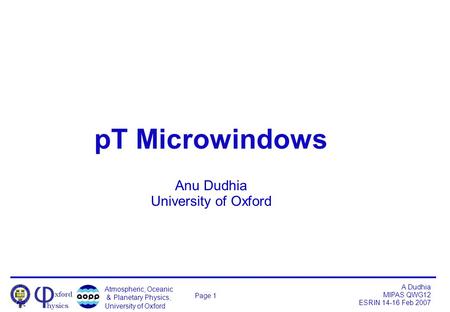 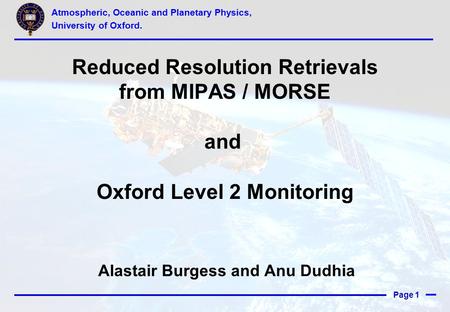 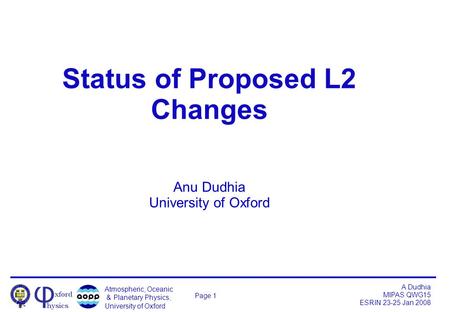 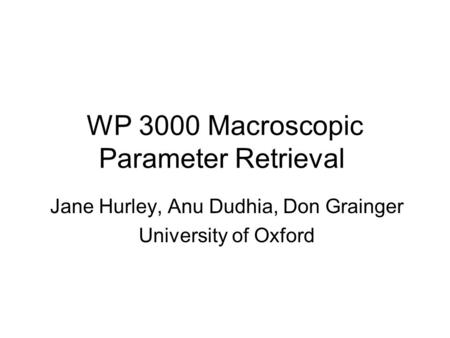 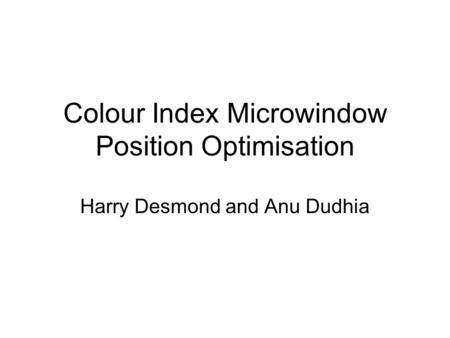 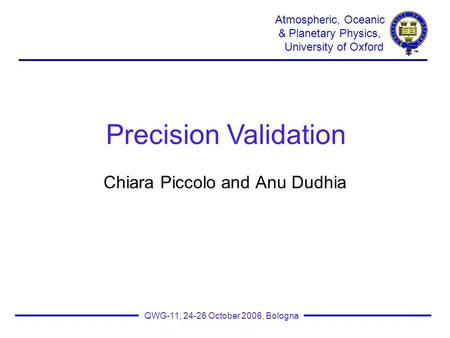 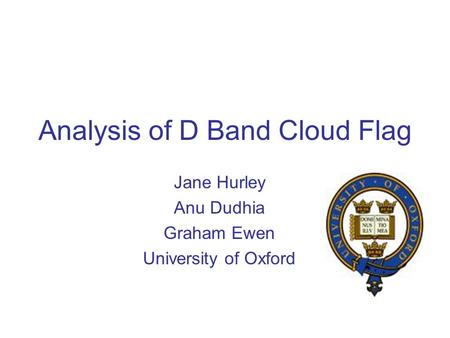 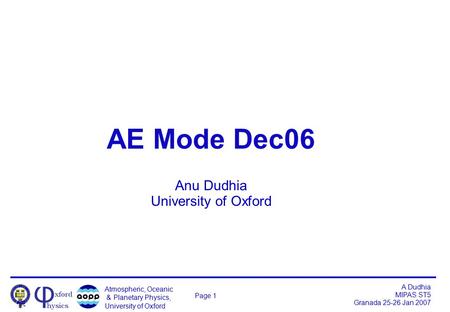 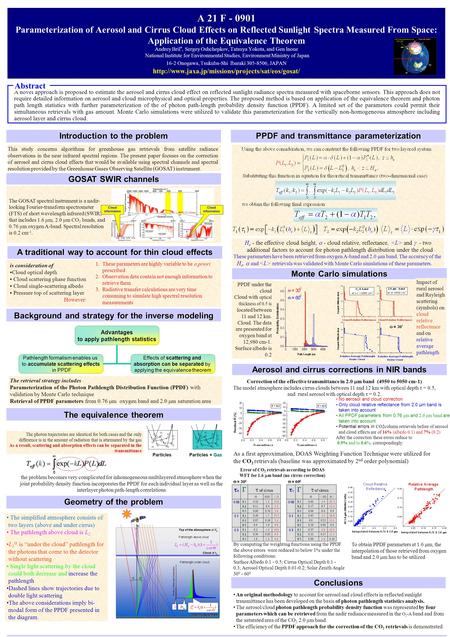 A 21 F A 21 F Parameterization of Aerosol and Cirrus Cloud Effects on Reflected Sunlight Spectra Measured From Space: Application of the.