Today A brief general introduction to the problem of free will

Presentation on theme: "Today A brief general introduction to the problem of free will"— Presentation transcript:

4 The problem of free will
Actions that are done freely often involve a choice between different courses of action We make a choice and since it is our choice we are also morally responsible for our action. If someone is forced to step on your toe you will find it difficult to blame him. But if someone makes a free choice to step on your toe, you will blame him and hold him responsible.

5 The problem of free will
The intuitive idea of free will thus involves that a person makes a choice and then performs the action he has chosen. For the choice to be free the person needs to have alternatives available. As a result of the free choice, the person is morally responsible for the action.

8 The problem of free will
If all human actions are fixed by the laws of nature and a prior state of the universe, then nobody ever has genuinely an alternative open to him. When we make a choice it only seems to us that we can choose an alternative. We are in fact unable to choose anything but what is determined to happen.

9 The problem of free will
There are different ways of responding to this problem. The response that is most important for us is compatibilism. Compatibilism claims that an action can be free even if we could not have chosen an alternative, even if we do not make a real choice.

13 Augustine’s notion of freedom
Augustine considers only freedom of action He defines freedom as voluntary action This means that freedom consists in doing what you decide to do. If you act on your own decisions you are free.

14 Augustine’s notion of freedom
Augustine does not see a problem of freedom and determinism He understands the problem to arise because of God’s foreknowledge If God knows already what you will decide to have for lunch tomorrow, then you do not seem to have a real choice. You have to choose what God knows you will choose.

17 Augustine’s notion of freedom
In response to these problems we need to remember that Augustine is a Christian thinker. When we pray the Lord’s prayer, we say: Thy will be done! Augustine often talks about a choice that we have to make, between serving our own various wants and needs and serving God.

18 Augustine’s notion of freedom
Augustine thinks of this decision, to serve our own interests or to serve God is the key free choice that we have to make. Freedom is compatible with submitting ourselves to God’s will When we pray Thy will be done, we freely submit to God’s will.

19 Augustine’s notion of freedom
If our freedom is the result of the choice to serve either our own wants and needs or God, then freedom is compatible with God’s foreknowledge. When we say Thy will be done, we submit of our own free will and perform those actions that God foresees us to perform

21 Boethius’ notion of freedom
Boethius struggles with the same problem of whether God’s foreknowledge and freedom in our choices and actions are compatible. However, he sees the key to the problem in the distinction between simple and conditional necessity.

22 Boethius’ notion of freedom
Boethius thinks of simple necessity as due to the nature of the necessary thing. Suppose that we consider the law of gravity. Now we can predict a number of things on the basis of the law of gravity, and those things that we predict happen necessarily. If an object falls to the ground it does so out of necessity. Given its nature is has to fall down.

24 Boethius’ notion of freedom
Conditional necessity If a certain condition obtains then something must happen Without the condition it need not happen. Example: If you go to a specific restaurant, you need to choose from its menu. Simple Necessity Something must happen because of its nature Even before it happens it is necessary that it will happen Example: the motion of the planets

25 Boethius’ notion of freedom
Boethius main claim is that human actions are not simply necessary, but only conditionally necessary. The condition that renders them necessary is God’s foreknowledge. But they are not in themselves or by their nature necessary. We do not act in the way in which the planets move around.

26 Boethius’ notion of freedom
Boethius idea thus allows one to distinguish different ways in which something might be necessary. He is able to distinguish between the necessity of human action and the necessity of planetary motion, for example. Human action is due to our own decisions. However, God foresees our decisions and actions. Given this condition they have to happen. But it is not the case that human action is because of its nature necessary.

27 Boethius’ notion of freedom
In the modern version of the problem of free will, people usually think that the same kind of necessity governs both planetary motion and human action. The idea is that everything that happens is determined to happen by the laws of nature and a prior state of the universe. What could Boethius say in response? 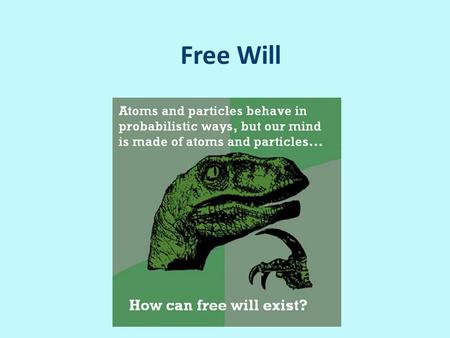 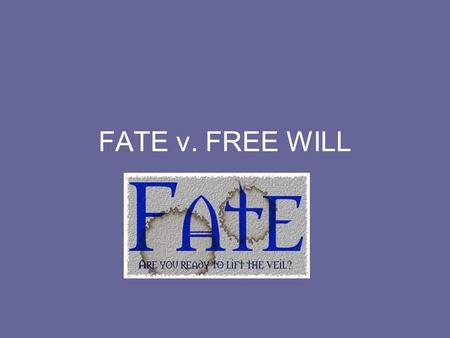 FATE v. FREE WILL. Fatalism The idea of fatalism coincides with destiny. This means that everything in our lives is predestined by fate. In other words, 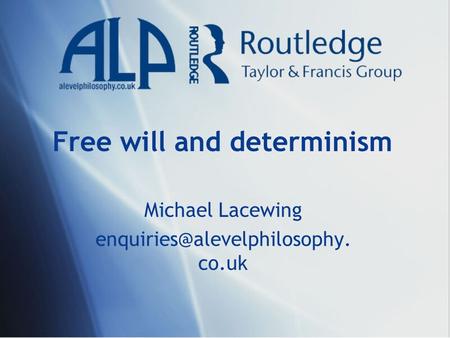 Free will and determinism 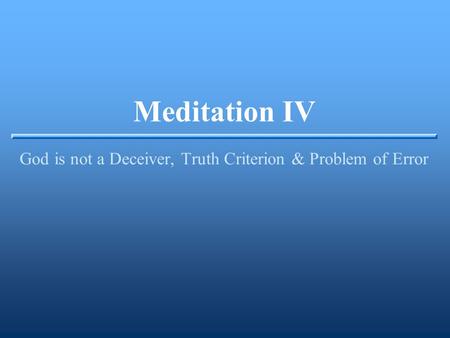 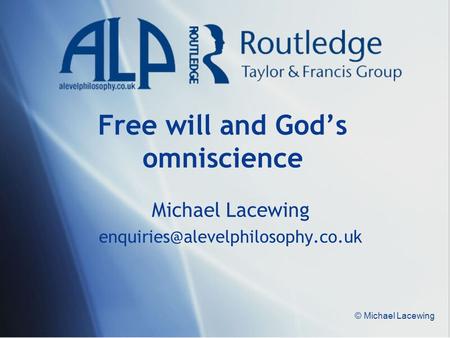 Free will and God’s omniscience 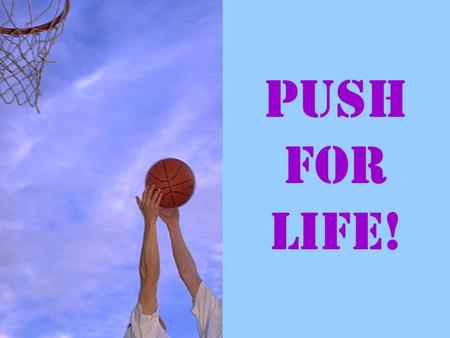 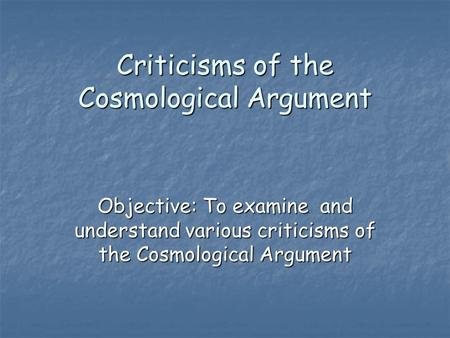 Criticisms of the Cosmological Argument 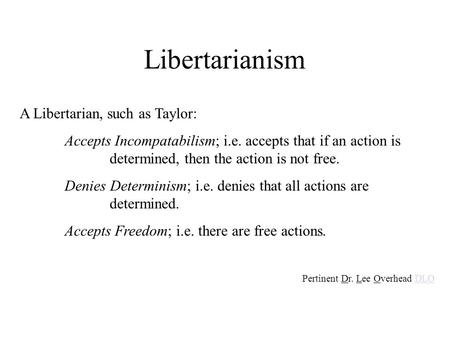 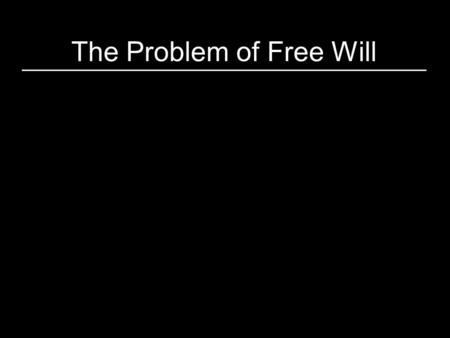 The Problem of Free Will 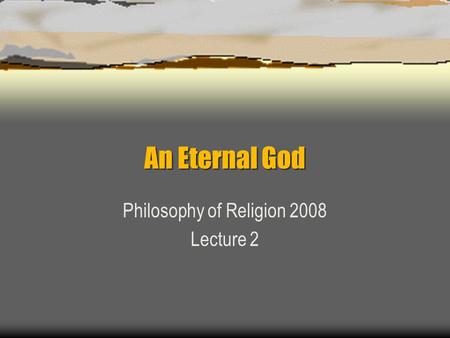 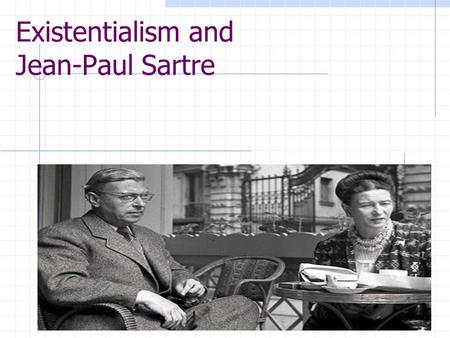 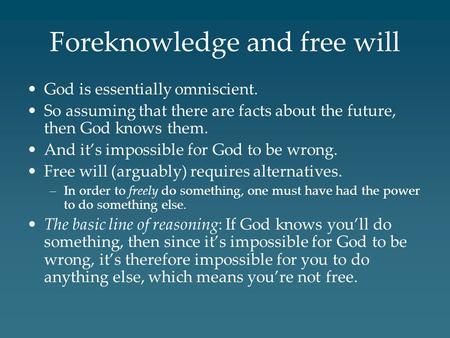 Foreknowledge and free will God is essentially omniscient. So assuming that there are facts about the future, then God knows them. And it’s impossible. 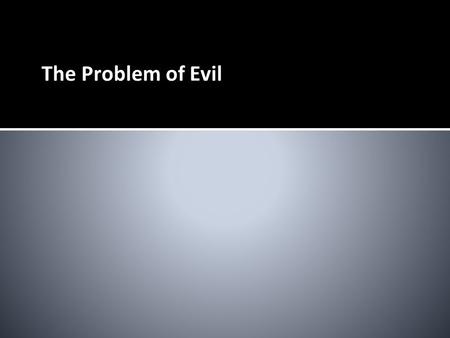 The Problem of Evil Basic premises There is evil in the world. 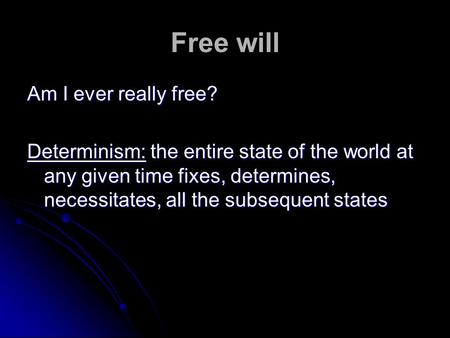 Free will Am I ever really free? Determinism: the entire state of the world at any given time fixes, determines, necessitates, all the subsequent states. 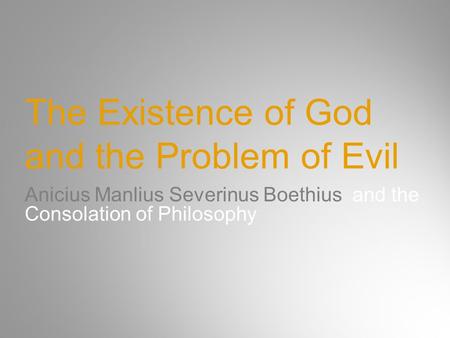 The Existence of God and the Problem of Evil 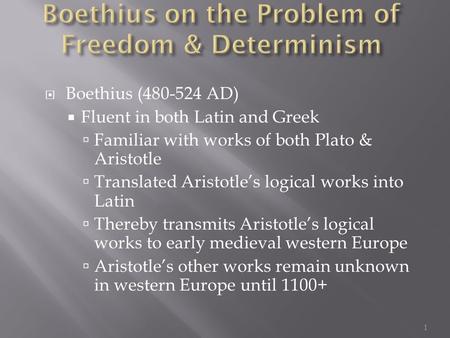 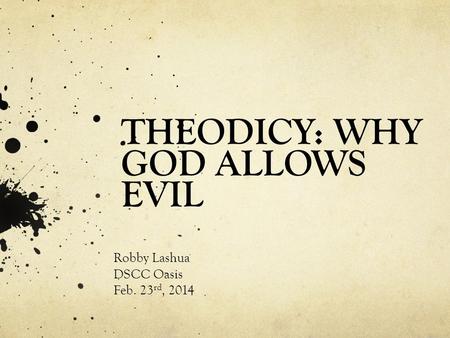 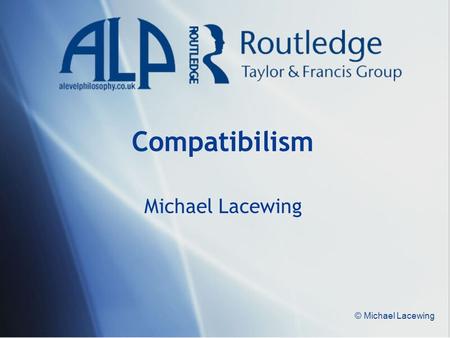 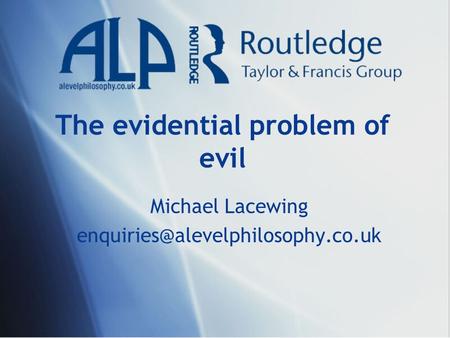 The evidential problem of evil