1 Chapter 5 - Energy Resources
Natural Resource – any natural material that is used by humans such as water, petroleum, minerals, forests & animals. Renewable – those resources such as trees, water and most animals that can be replaced at the same rate at which it is being consumed. Usually replaced within a normal human lifespan (86 years). Nonrenewable – any resource that forms at a much slower rate than the rate at which it is consumed. Usually not replaced within a normal human lifespan (86 years). Conservation of Natural Resources – the utilization of resources only when necessary. The way we choose to use resources on a daily basis affects the availability of our natural resources. Recycling – The process of reusing materials from waste or scrap. In most cases, less energy is used to recycle than is used producing the item from the original raw materials.

2 Energy Resources (cont.)
Energy Resources – natural resources that we use to generate energy. Fossil Fuels – A nonrenewable energy source formed from the remains of organisms that lived a long time ago such as coal, petroleum & natural gas (methane). May exist as a solid, liquid or gas. All living organisms are based on the element Carbon and when joined with the element Hydrogen yields Hydrocarbons – a fuel that burn in oxygen. Petroleum – A complex, liquid chain of hydrocarbons also known as crude oil, black gold or Texas tea. Natural Gas – A gaseous mixture of hydrocarbons such as methane, butane or propane found deep within the Earth usually overlying petroleum deposits. Coal – A solid hydrocarbon formed underground from the partially decayed remains of plant material. Petroleum & Natural gas can flow through permeable rock and collect in areas between impermeable rock layers called reservoirs. Wells are drilled into these locations so the reservoirs can be tapped.

3 Four Stages of Coal Formation:
Peat – Brown substance made up mostly of water and plant material. Not truly coal but can be dried and burned as a heating fuel. Lignite – A more concentrated carbon formation that has hardened over time. Does not burn very cleanly and produces low heat. Bituminous Coal – Has a higher concentration of carbon than lignite and represents most of the coal found in our area. 80% carbon content and cleaner burning than lignite. Anthracite Coal – The hardest and highest carbon content coal (approx. 90%). The cleanest and hottest burning of the coals. Deposits were mined out in the eastern part of Pennsylvania.

4 Problems with Fossil Fuels
Although we have large reserves of petroleum, we still import over 50% from other countries. Removal of Fossil Fuels: 1. Wells – Found on land and in the ocean. 2. Mining - Both surface & subsurface. Problems with fossil fuels: Our methods of getting the fuels can destroy the environment, wildlife or habitats. Coal releases pollutants (sulfur & nitrogen) when burned that combines with the oxygen in air producing an acidic liquid a.k.a. acid rain. Acid Rain – Rain, sleet or snow that contains a high concentration of acids that adversely affect the environment. 3. Mining operations can lower water tables and pollute groundwater supplies. 4. Subsurface mining can endanger lives. 5. Oil tankers that sink in marine environments release oil destroying wildlife and habitats. 6. Smog – A combinations of the words smoke & fog that is a photochemical haze formed by burning fossil fuels and the reaction of sunlight on the released pollutants in our atmosphere. Smog forms primarily from automobile exhaust.

5 Alternative Energy Sources
Nuclear Energy – The energy released by a fission or fusion (experimental) reaction. Large amounts of heat energy are released according to the equation E=m*c². The heat is used to boil water into steams that is in turn used to rotate a turbine attached to a generator that produces electricity. There are two distinct types of nuclear reactions. 1. Nuclear Fission – Splits the nuclei of a radioactive element into two or more smaller nuclei. Fuel used is an enriched type of Uranium called U-238. Pros – Clean & efficient. One gram of uranium produces as much energy as two tons of coal. Cons – Produces dangerous waste products and accidental releases of radiation has caused mutations in plants & animals, including humans. 2. Nuclear Fusion – The joining of two or more nuclei to form a larger nucleus. Hydrogen is fused forming Helium nuclei. Pros – Less dangerous wastes. Cons – Requires very high temperatures for the reaction to occur (approx ,000,000°C).

6 Alternative Energy Sources (cont.)
Chemical Energy – The energy released when a chemical compound reacts to form a new compound. Batteries – Produces chemical energy from the reaction of a metal and a metallic oxide. Fuel Cells – Produces energy from the electrolysis of water that produces oxygen and hydrogen gases. Solar Energy – The energy received from the sun in the form of radiation. May be used to produce heat or electricity directly. Pollution free and renewable however, some locations do not get enough sunlight to make it practical and solar collectors and cells are very expensive to purchase and produce. Solar Water Heaters – Use solar collectors to heat water. Wind Turbine Power – Uses windmills to turn electric generators. Renewable and pollution free however, some places don’t get much wind and most people do not want to have to look at them. They find they “Ruin the view”.

7 Alternative Energy Sources (cont.)
Hydroelectric Energy – The energy produces by moving water. Renewable, low pollution and inexpensive however, it’s not available everywhere, destroys wildlife habitats and the dams are expensive to build. Biomass – Organic matter that can be burned as a source of energy. 50% of the world’s population burn wood or charcoal to heat their homes or cook their food. 14% of the world’s total energy usage comes from the burning of wood or animal dung. Gasohol – A mixture of alcohol and gasoline. One acre of corn produces 250 gallons of alcohol. Biomass fuels are renewable but take up land that could be producing food. Geothermal Energy – The energy produced by the heat within the Earth. Certain areas can utilize this to heat buildings or produce electricity. Iceland, Yellowstone. 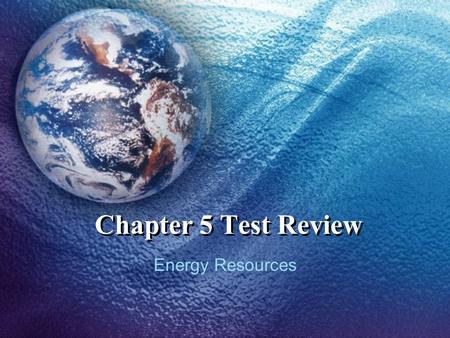 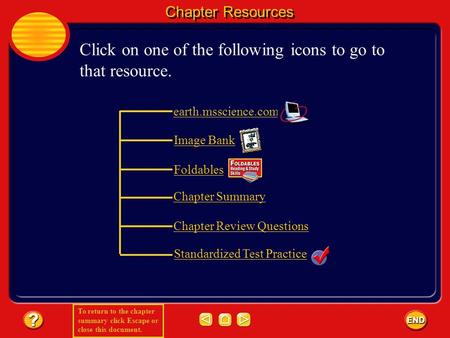