3 6/9/2015ICSS420 - ARP - RARP3 Address Resolution A data link such as Ethernet or a token ring has its own addressing scheme When an Ethernet frame is sent from one host to another, it is the 48-bit Ethernet address that determines the destination The device driver software never looks at the destination IP address in the IP datagram

5 6/9/2015ICSS420 - ARP - RARP5 Basic Idea ARP is required on multi-access channels and relies on the ability to broadcast The protocol is simple: –broadcast a packet containing the IP address of the destination machine –the machine with that address, or possibly a server, sends a reply containing the hardware address –upon receipt the hardware address is used to send the original packet

9 6/9/2015ICSS420 - ARP - RARP9 Hardware type (HTYPE) This field specifies the Link Layer protocol type. Example: Ethernet is 1. Protocol type (PTYPE) This field specifies the upper layer protocol for which the ARP request is intended. For IPv4, this has the value 0x0800. The permitted PTYPE values share a numbering space with those for Ethertype.[3][4][5] Hardware length (HLEN) Length (in octets) of a hardware address. Ethernet addresses size is 6. of the intended receiver.

12 6/9/2015ICSS420 - ARP - RARP12 Proxy ARP Proxy ARP is also known as promiscuous ARP or the ARP hack The names come from the other use of proxy ARP: to hide two physical networks from each other, with a router between the two This has been used to separate hosts running two different versions of TCP/IP

13 6/9/2015ICSS420 - ARP - RARP13 Gratuitous ARP Gratuitous ARP occurs when a host sends an ARP request looking for its own IP address This can happen at bootstrap time Gratuitous ARP provides two features –it lets a host determine if another host is already configured with the same IP address –if the host sending the gratuitous ARP has just changed its hardware address, the packet causes other hosts on the net to update their ARP cache entries

15 6/9/2015ICSS420 - ARP - RARP15 Reverse Address Resolution Protocol When a system boots, it typically gets its IP address from a file How does a system, without a disk, get its IP address? Since each system has a unique hardware address, that hardware address can be used to lookup the corresponding IP address RARP (RFC903) does exactly that

16 6/9/2015ICSS420 - ARP - RARP16 RARP Packet Format The format is exactly the same as ARP except some of the numbers change The RARP request is broadcast and the reply is sent to the requester Unlike ARP, designated RARP server(s) that handles RARP requests

17 DHCP (Dynamic Host Control) Proceeded by BOOTP BOOTP Required that a server know the machine’s IP before it booted Broadcast is sent from a host, DHCP server responds IP addresses are given out on a lease, which expires. Once expired, lease terminates or can be renogiated 6/9/2015ICSS420 - ARP - RARP17 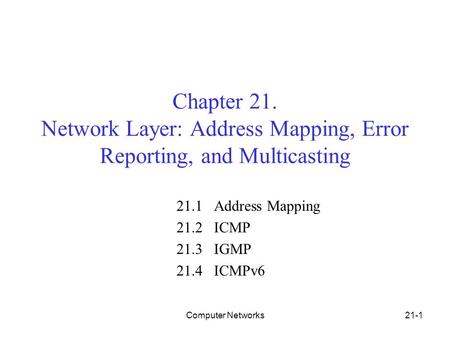 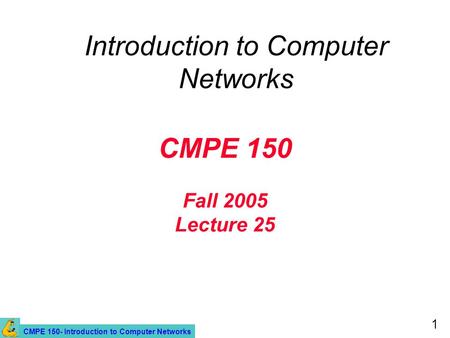 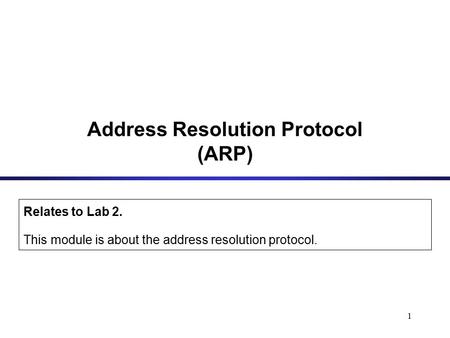 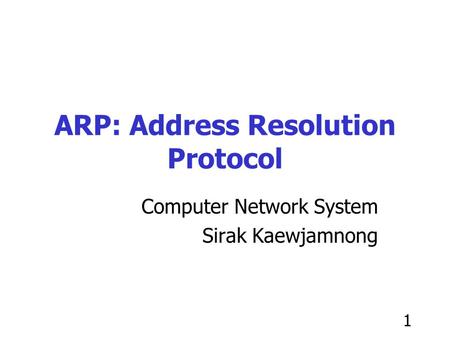 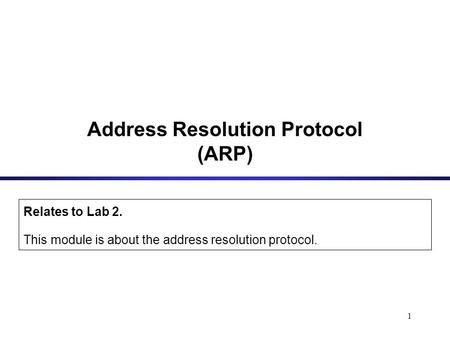 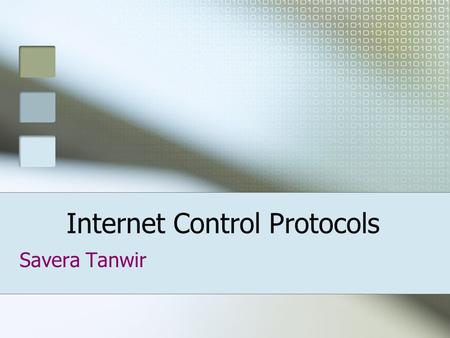 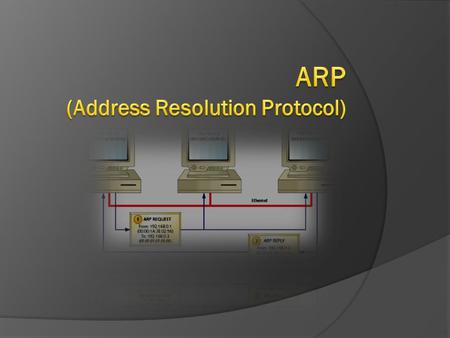 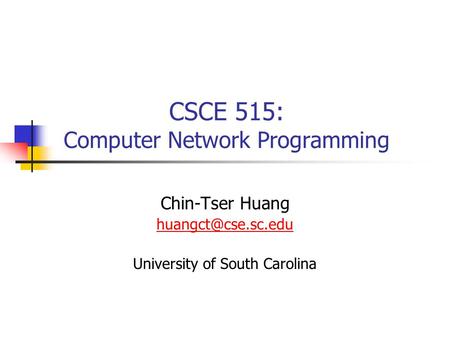 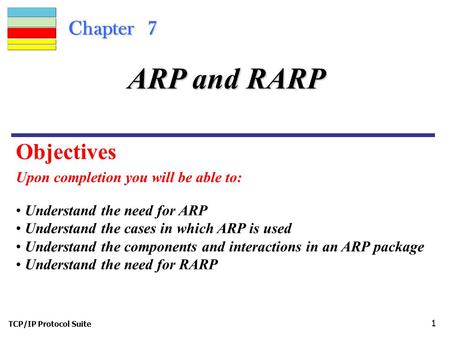 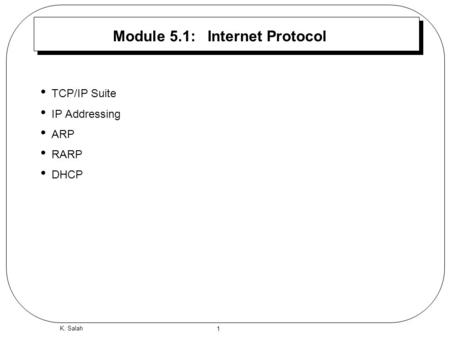 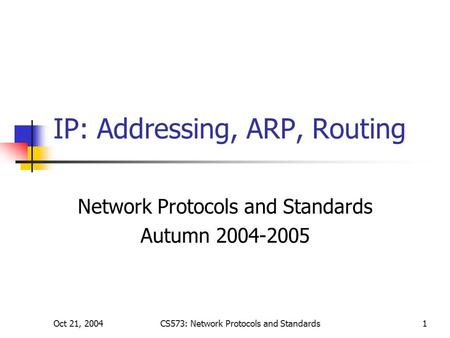 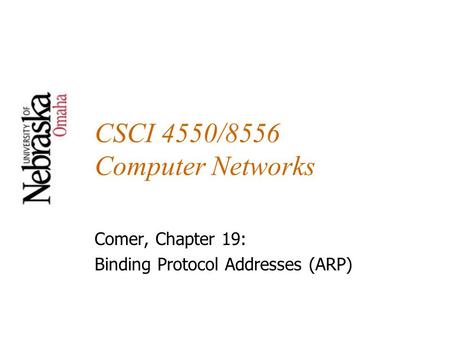 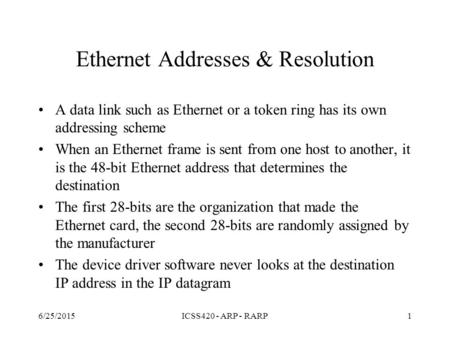 6/25/2015ICSS420 - ARP - RARP1 Ethernet Addresses & Resolution A data link such as Ethernet or a token ring has its own addressing scheme When an Ethernet. 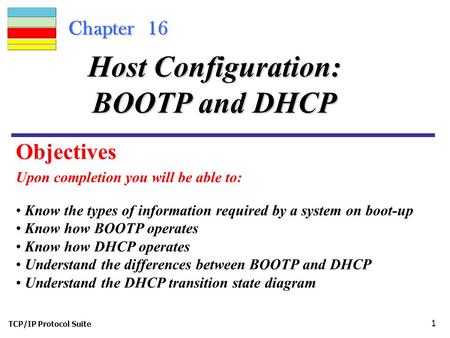 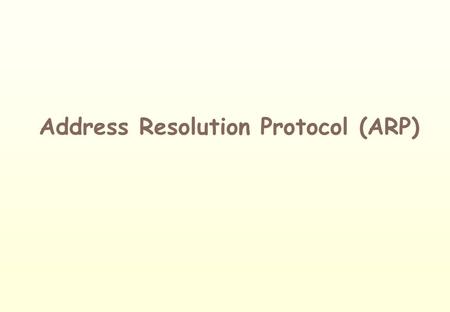 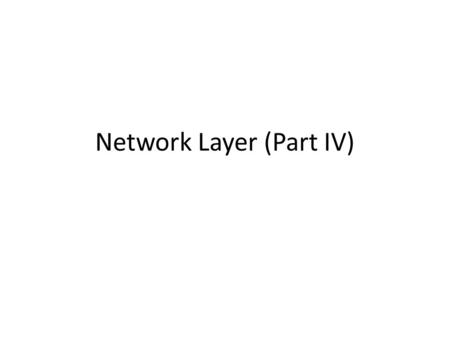 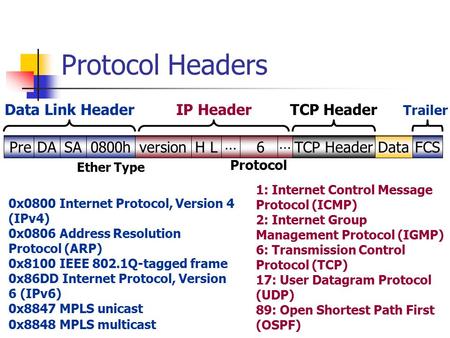 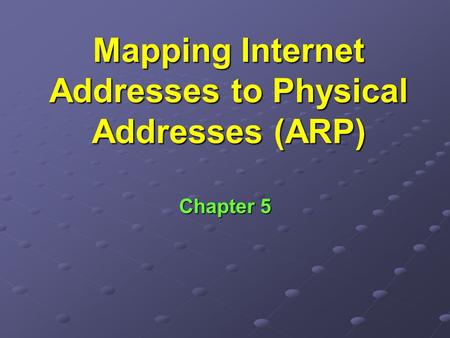 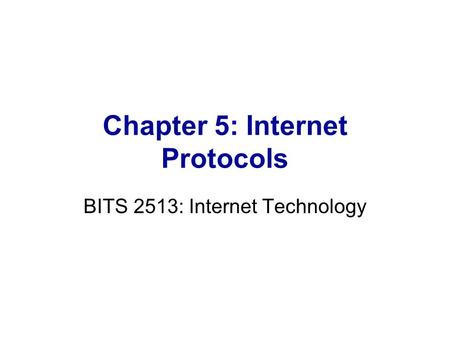 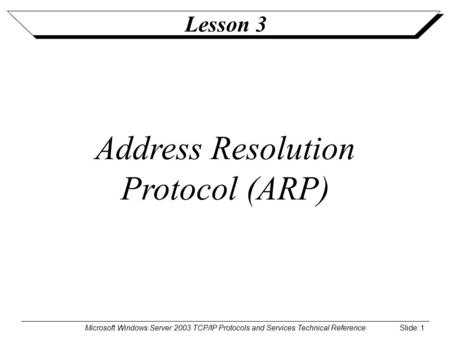