3  The aim of this study is to determine if there is any correlation between donor graft endothelial cell counts (ECCs) and postoperative visual outcome for FED and PBK patients, who underwent DSAEK surgery  In addition, to evaluate if there is any effect on graft dislocation and survival rate Purpose

6  The visual acuity (VA) was evaluated in all patients preoperatively, at 3, 6 and 12 months postoperatively  Clinical data including, donor age, recipient age, gender, eye, clinical diagnosis, incision size were recorded  In addition, intraoperative and postoperative complications were noted  The relationship between donor graft ECCs and visual acuity was assessed between the groups of patients Materials & Methods

9  Our results showed that there was statistically significant improvement in visual acuity after DSAEK for all groups of patients  This was in concordance with other studies (2-3)  In addition, our results demonstrated that there was no statistically significant differences in visual acuity at different time periods between the different groups of patients with different donor ECCs  Our results also showed that grafts with acceptable ECCs did not affect the postoperative complication rates Discussion 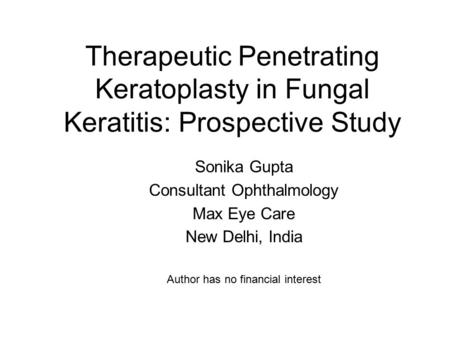 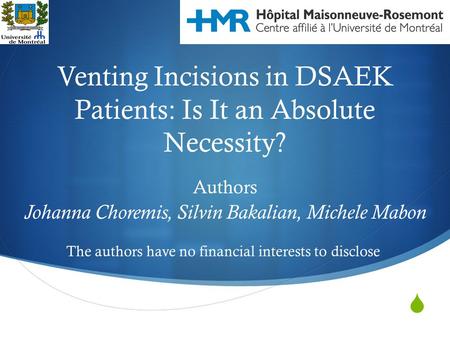 Venting Incisions in DSAEK Patients: Is It an Absolute Necessity? 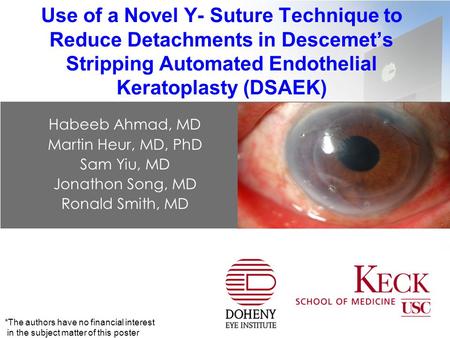 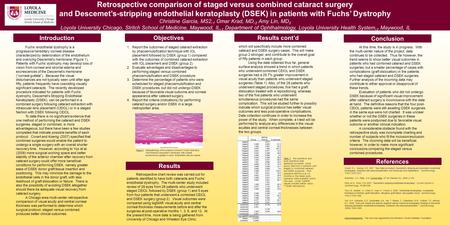 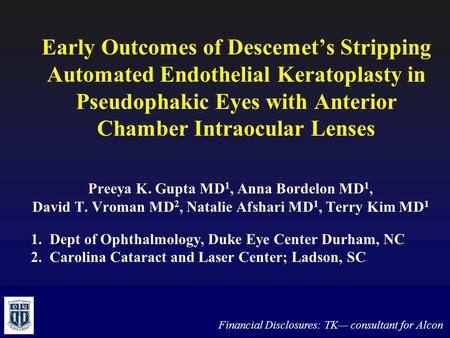 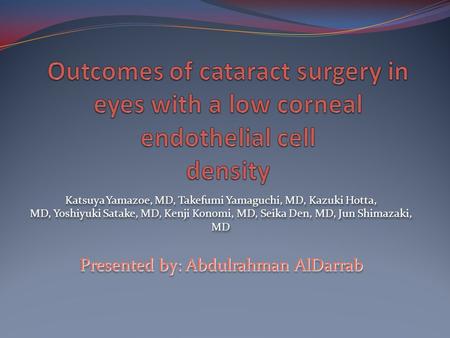 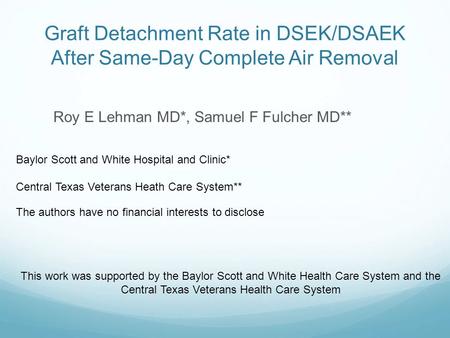 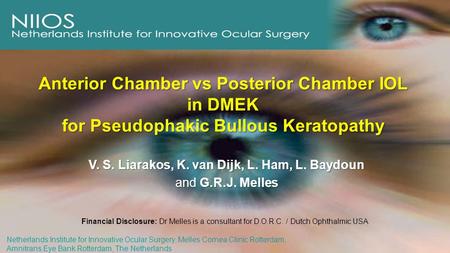 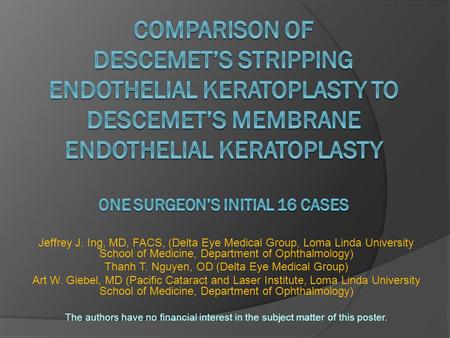 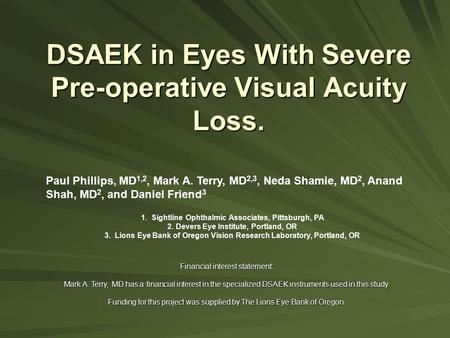 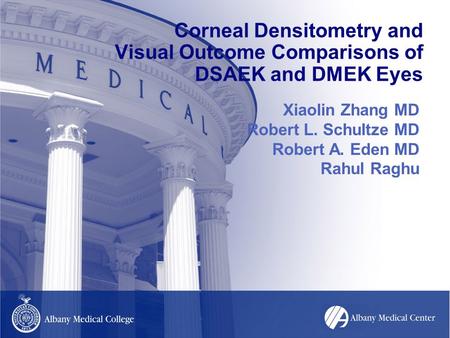 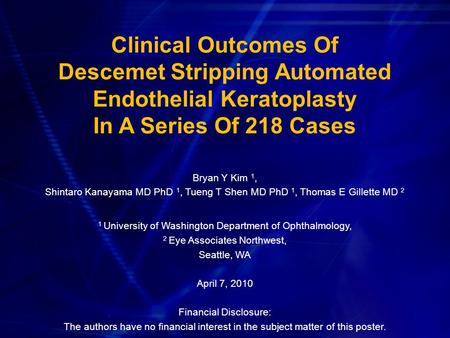 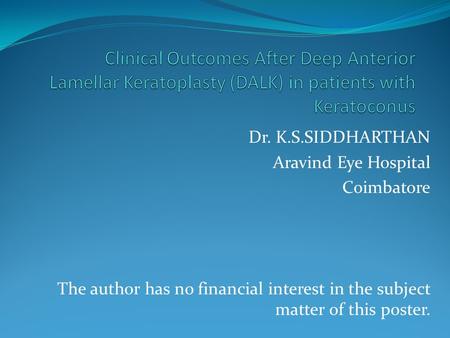 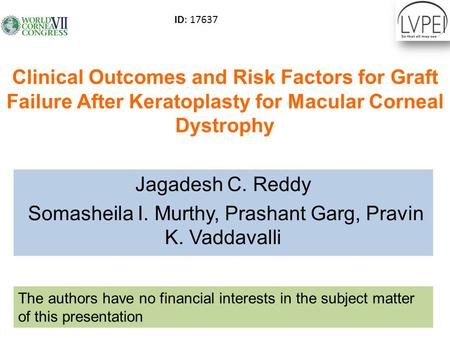 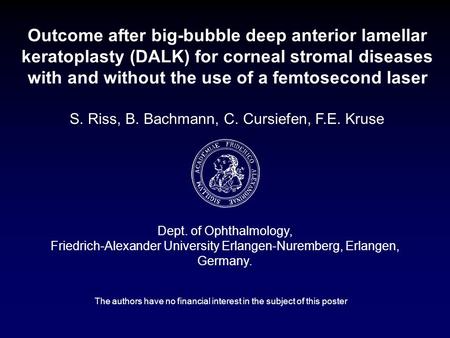 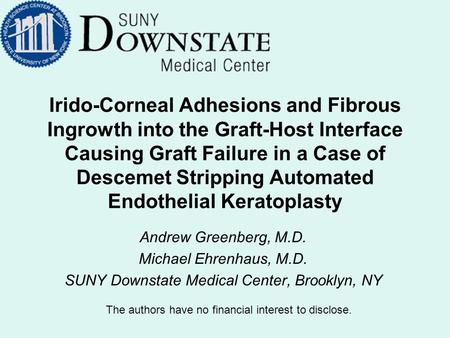 Irido-Corneal Adhesions and Fibrous Ingrowth into the Graft-Host Interface Causing Graft Failure in a Case of Descemet Stripping Automated Endothelial. 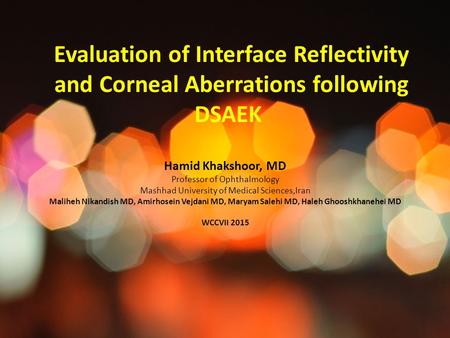 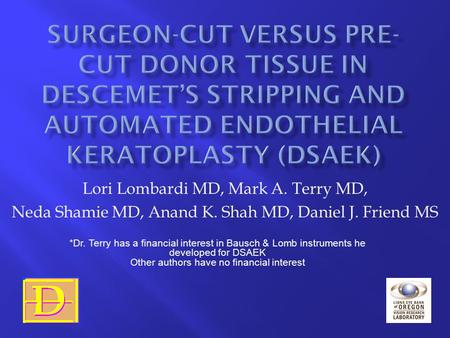 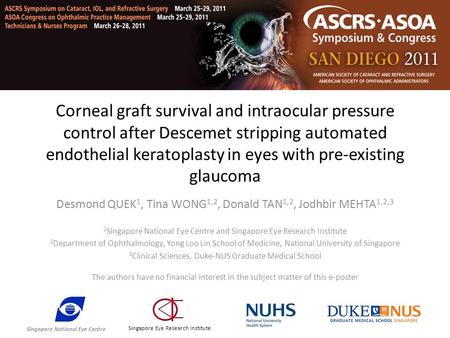 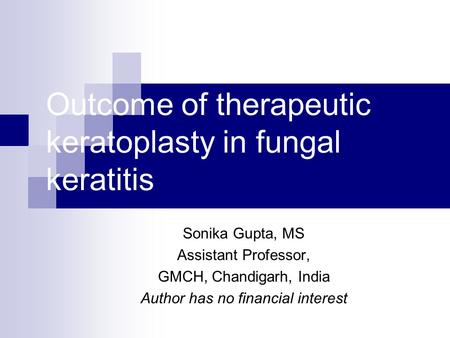