Presentation on theme: "Romeo and Juliet Acts II – IV Study Game. Friar Lawrence’s cell Instead of returning home, where does Romeo go after the ball at which he meets Juliet?"— Presentation transcript:

2 Friar Lawrence’s cell Instead of returning home, where does Romeo go after the ball at which he meets Juliet?

3 He overhears Juliet say that she loves him How does Romeo learn of Juliet’s love for him?

5 The moon is always changing phases, and Juliet does not want his love for her to change. During the balcony scene, why does Juliet ask Romeo not to swear by the moon?

6 The Moon During the “Balcony Scene,” what does Romeo first compare his love for Juliet to?

7 3 hours How long is the nurse away arranging the marriage with Romeo before returning to Juliet?

8 She is happy for the couple. How does the Nurse feel about the marriage?

9 confession Where is Juliet supposed to be going when she in fact gets married?

10 4 (Romeo, Juliet, Nurse, and Friar Lawrence) Including Romeo and Juliet, how many people know of the marriage when it takes place (do not count Peter)?

11 He thinks it will end the feud. Friar Lawrence agrees to marry Romeo and Juliet because:

12 Tybalt Who sends Romeo a challenge to a duel?

13 He says he loves him because they are now cousins. In the fight scene, why does Romeo refuse to fight Tybalt at first?

14 He is angry that Tybalt is picking on Romeo. Why does Mercutio finally decide to fight Tybalt?

15 He wants to kill Tybalt. In the fight scene between Tybalt and Mercutio, why does Romeo chase Tybalt down?

16 Benvolio Who tells Prince Escalus about the murders from the fights?

17 He will refuse to support her anymore. What does Capulet tell Juliet he will do if she will not marry Paris?

18 Juliet should marry Paris. What does Nurse say that angers Juliet and causes her not to take Nurse’s advice anymore?

19 He banishes him How does Prince Escalus punish Romeo for fighting in the street after he warned both families not to?

20 Friar Lawrence’s cell Where does Romeo hide after the fight?

21 Soliloquy A long speech in which a character is speaking to himself, revealing his innermost thought and is alone onstage is called what?

22 To plan his wedding to Juliet Why is Paris at Friar Lawrence’s cell at the beginning of Act IV?

23 48 hours How long is the sleeping potion supposed to take effect?

24 In the Capulet Vault Where will Juliet be placed once her family thinks she is dead?

25 Romeo According to Friar Lawrence’s plan, who will be waiting for Juliet when she wakes from the potion?

26 Stab herself with a dagger If the potion does not work, what back-up plan does Juliet have?

27 A servant will deliver a letter to him that explains what is going on How is Romeo supposed to know about Juliet and Friar Lawrence’s plan with the potion?

28 Wednesday On what day of the week does everyone prepare Juliet’s wedding to Paris?

29 Nurse On the morning of the wedding, who goes to wake Juliet?

30 Friar Lawrence Which character tells the Capulet family that Juliet is better off in heaven?

31 Everyone begins arranging a funeral How do the wedding preparations change after Juliet is found dead?

32 he is upset that he cannot marry her How does County Paris react to Juliet’s death?

33 he notices her body is cold and her joints are stiff How does Lord Capulet know Juliet is “dead”?

Download ppt "Romeo and Juliet Acts II – IV Study Game. Friar Lawrence’s cell Instead of returning home, where does Romeo go after the ball at which he meets Juliet?" 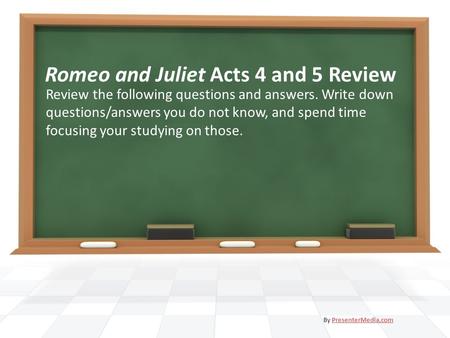 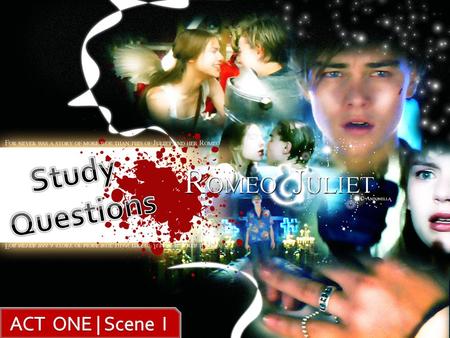 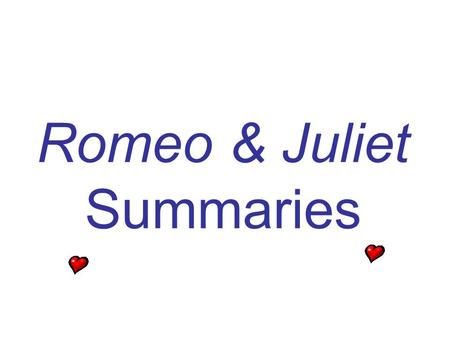 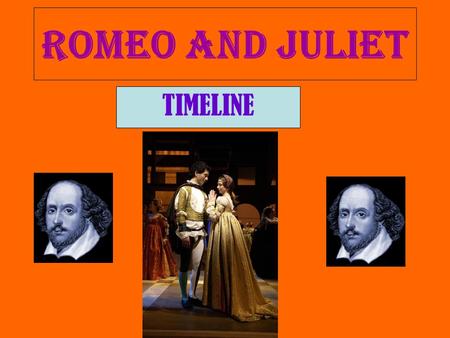