4 A Flaw in the Articles of Confederation
Laws were interpreted and applied by the states. Disputes often ignored—Founders decided to write Article III in a single sentence: “The judicial power of the United States shall be vested in one Supreme Court, and in such inferior courts as the Congress may from time to time ordain and establish.” Since 1789, the U.S. exists under a dual court system. Over 100 federal courts and thousands of state courts exist today.

5 The Purpose Provide Justice—What is justice?
Fairness, impartiality, reward, or penalty as deserved The use of authority to uphold what is right, just, or lawful Never perfect, but that is the goal

7 The Supreme Court After two-week “sitting,” Court recesses and justices work privately on paperwork Consider arguments in cases they have heard Study petitions for review Work on “opinions” – written explanations on decisions Court grants review to 1% or less of all cases appealed - 2006: 8000 cases appealed, 67 heard by Court

8 How Cases Reach the Supreme Court
1 or 2 cases a year start w/ SCt under original jurisdiction For a case to be heard by the Court on appeal, four of nine judges must agree that it should be placed on the Court’s docket.

10 How Cases Reach the Supreme Court

11 Supreme Court at Work Briefs Oral Arguments
Written documents filed with the Court before oral arguments begin; set forth legal arguments. Amicus Curiae – “friend of the court” Oral Arguments Once SCt accepts a case, it sets a date on which lawyers on both sides will present oral arguments. 30 minutes each side – strictly time limited (colored lights), justices often interrupt with questions

12 Supreme Court at Work The Court in Conference
Chief Justice presides over a closed-door conference in which justices present their views on the case at hand. CJ gives summary of facts and offers recommendations Each associate justice free to give their views in order of seniority 6 justices must be present for a decision Simple majority needed to decide a case

13 Opinions of the Court For major cases, SCt usually issues at least one written opinion. “Opinion” states facts of the case, announces Ct’s ruling, and explains its legal reasoning.

14 Opinions of the Court

15 Influencing Court Decisions
Five forces shape the decisions the Court makes: existing laws the personal views of the justices the justices’ interactions with one another social forces and public attitudes Congress and the president

16 Basing Decisions on the Law
Law is the foundation for deciding cases that come before the Supreme Court When the meaning of a statute or a provision of the Constitution is not clear, the justices must interpret the language, determine what it means, and apply it to the circumstances of the case

17 Views of the Justices Supreme Court justices, like other political figures, are people with active interests in important issues Voting blocs, or justices who vote similarly on issues due to philosophy or ideology, exist in the Court on certain kinds of issues When Courts are split on issues, a justice whose views are not consistent with either the majority or minority bloc might represent a swing vote, or deciding vote (often Justice Kennedy on current court)

18 Relations Among the Justices
Despite the lack of frequent interaction, the quality of personal relations among the justices influences the Court’s decision making A socially harmonious court is more likely to agree on decisions than one marked by personal antagonism The Chief Justice has several powers that can be used to influence the Court’s decisions: During oral arguments and in conference, the chief justice can direct discussion and frame alternatives the chief justice makes up the first version of the discussion list and assigns the writing of opinions to the justices

19 The Courts and Society Unlike Congress, the Supreme Court is well insulated from public opinion and daily political pressures The Court’s authority relies on public acceptance of and support for its decisions The values and beliefs of society influence Supreme Court justices Ex. Changing attitudes towards race and civil rights: Plessy to Brown

20 Balancing the Court’s Power
The president can have an effect on the Court in several ways power to appoint justices with Senate consent as chief executive plays role in enforcing Court decisions (ex. Eisenhower and the federalization of the Arkansas National Guard)

21 Balancing the Court’s Power
Congress can also affect the Court in several ways can reenact, in a different form, a law the Court rejects as unconstitutional can propose Constitutional amendment to overturn a Court ruling can exercise power over the Court through its right to set justices’ salaries Congress sets the number of justices on the Court Senate can use its power to confirm nominees to shape the Court’s outlook 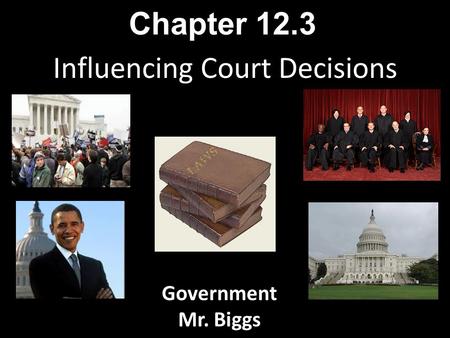 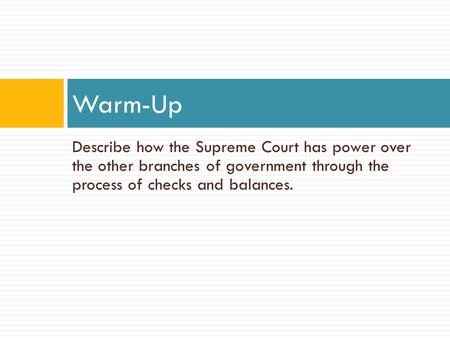 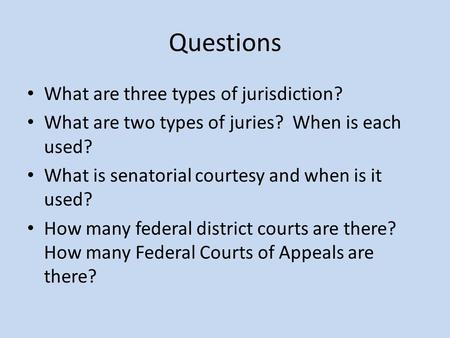 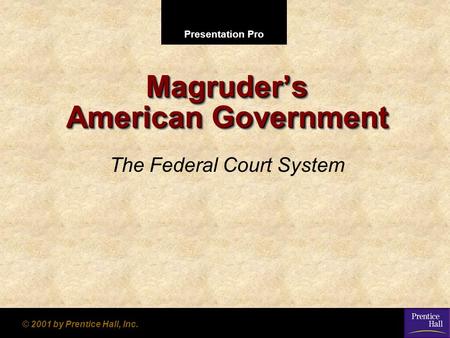 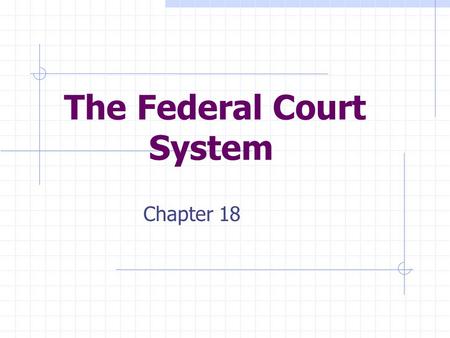