3 Electrical tasks Equipotential bonding
All metal parts within the building must be joined to the earth cable All services – oil, gas, water and electricity – along with any exposed metal Cable is then joined to the building’s electrical system If a fault occurs, the electrical current would have a direct route through the wiring, stopping the person touching the metal object from getting a shock The earth cable used is 10mm2, and runs from each supply back to the main earth terminal at consumer unit Bonding provides equal potential between metal parts.

5 Electrical tasks Supplementary bonding This maintains earth continuity throughout the whole, using 6mm2 earth cable. Earth clips are made to BS951 and should be placed on clean pipework. The label says Safety electrical connection do not remove. To avoid unsightly wiring, continuity bonds are placed behind appliances or in airing cupboards. As plumbers, if we disconnect a hot or cold service etc, it is our responsibility to make sure the earth clip is reinstated.

6 Electrical tasks Supplementary bonding Joining all individual pipes together in 6mm2 cable, which in turn connects to the equipotential.

9 Electrical tasks To attach an earth continuity clamp you must:
Identify the correct pipe. Clean the pipe (no paint). Secure the clamp tightly on pipe. Secure the earth cable tightly in clamp. Check label is in place. Test continuity.

10 Electrical tasks Heating engineer electrocuted
A heating engineer has died following an electric shock while attempting to repair a central heating system. The 39-year-old engineer was carrying out work in a flat in St Paul's Mews in Birmingham when he suffered an electric shock and hit his head. His two colleagues – one of whom is believed to be his nephew – and the householder made attempts to resuscitate him before paramedics arrived at the scene. The engineer was taken to the City Hospital where he later died. SAVVAS, C. (2011) Engineer Electrocuted while working in Birmingham city centre flat. Birmingham Mail. 21st October. Available from: [Accessed 25th January 2013].

11 Electrical tasks Earth continuity test
This is where the installer tests to make sure all the metal work (pipes, boilers, appliances, metal sinks etc) is safely connected to the main earth bar at the consumer unit. This keeps everybody safe. Find a known earth source (screw on cover or earth terminal). Multi-meter on ohms (or buzzer). Place one probe on the known earth. Place the second probe on appliance casing or pipework. It should show a low reading (or buzz).

14 Electrical tasks Polarity test
This must first be carried out dead before allowing any electricity. Is live connected to live? Is neutral connected to neutral? Is earth connected to earth? On a circuit, you can connect the live and earth together, then go to the other end of the circuit and test. The multimeter needs to be set on ohms (or buzzer).

15 Electrical tasks Polarity test If the dead test proves successful, you can make the system live and re-test. This time the multimeter needs to be set on voltage (240v). Probes: Live and neutral = 240v Live and earth = 240v Neutral and earth = 0v If these readings are different, polarity is incorrect.

16 Electrical tasks Socket tester A simple way to test polarity in a domestic socket is by using a socket tester. Plug it in and switch the socket on: if all three lights come on, the socket is fine.

18 Electrical tasks 3 pin plug Maximum 13 amp rating and found on most domestic appliances. On new appliances, they come moulded but some appliances may need the plug replacing. 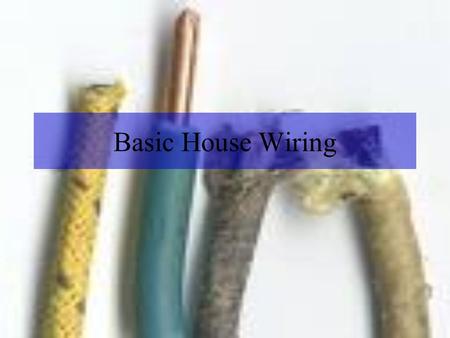 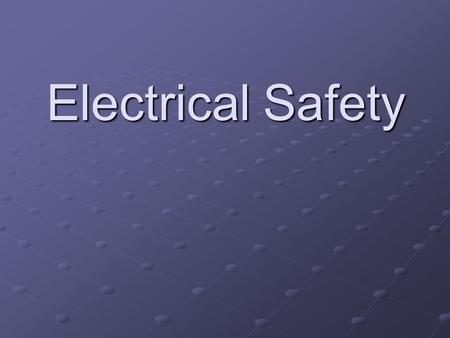 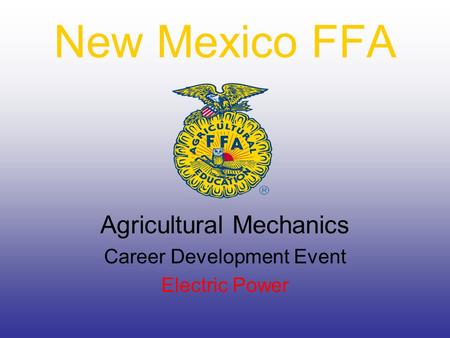 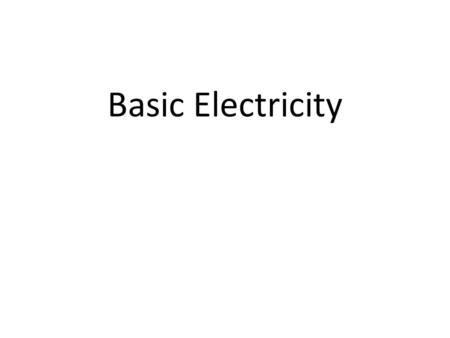 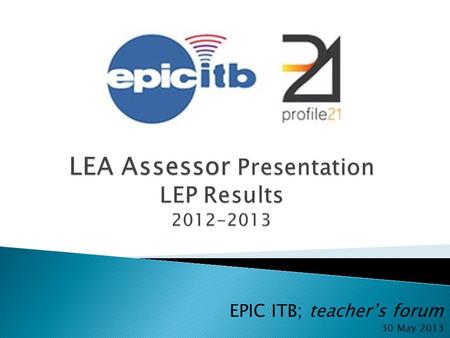 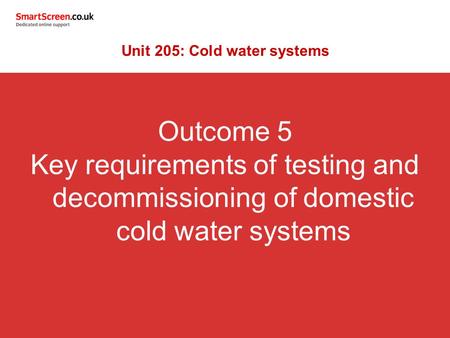 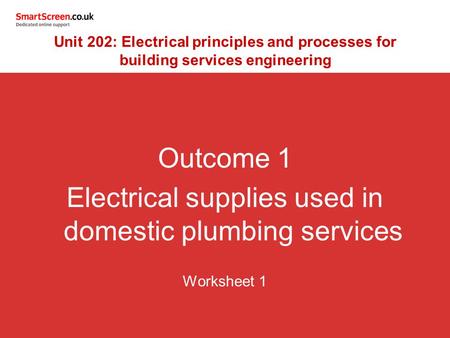 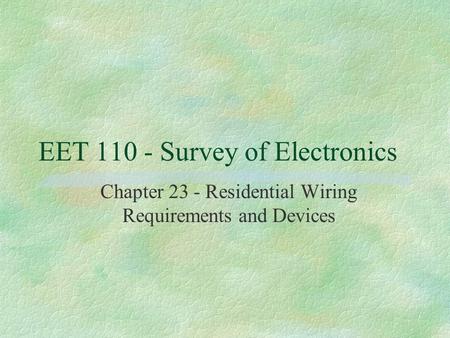 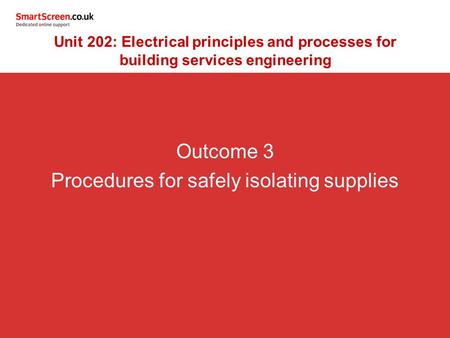 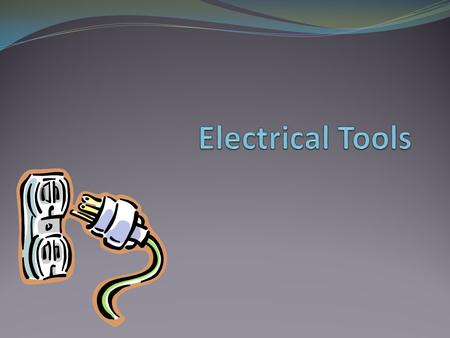 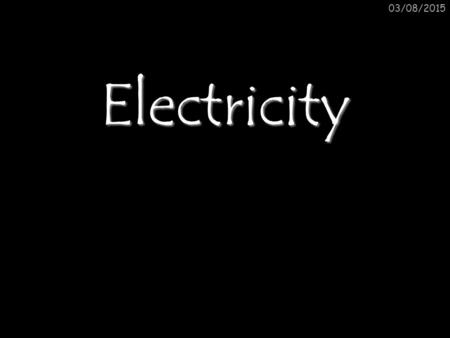 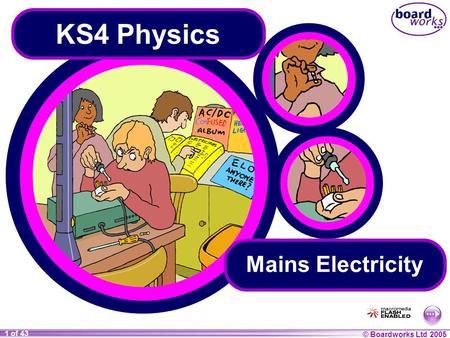 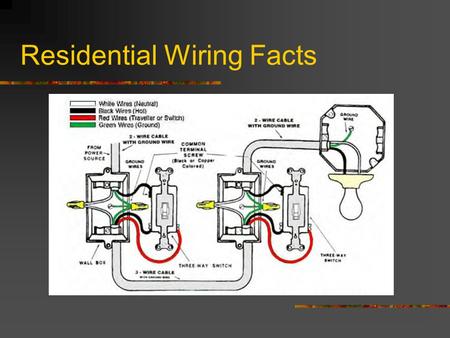 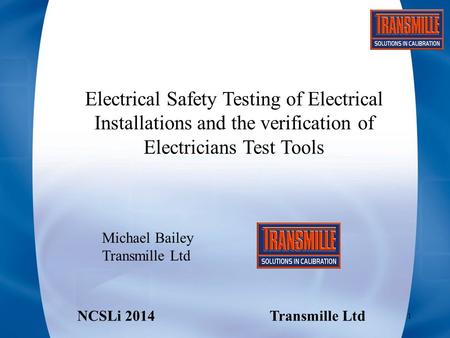 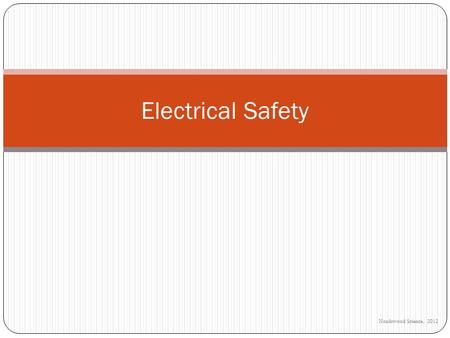 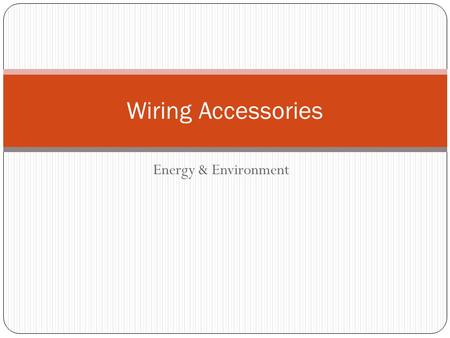