A Tour Of your Brain Dr. Hassan Shaibah. The Cortex Three main parts of the brain, the cerebral cortex, the cerebellum and the brain stem. We will also.

Presentation on theme: "A Tour Of your Brain Dr. Hassan Shaibah. The Cortex Three main parts of the brain, the cerebral cortex, the cerebellum and the brain stem. We will also."— Presentation transcript:

1 A Tour Of your Brain Dr. Hassan Shaibah

2 The Cortex Three main parts of the brain, the cerebral cortex, the cerebellum and the brain stem. We will also explores the four brain lobes: the frontal lobe, the parietal lobe, the temporal lobe and the occipital lobe. The brain stem: It is also known as the reptilian brain or lower brain. Certain 'hardwired' body functions e.g., breathing and blood pressure, as well as some basic human instincts like danger are controlled by the lower brain. The cerebellum known as the hind brain. The limbic brain or mid brain. It is the most chemically active brain and is where our emotions are located. The cerebrum (cerebral cortex) : also called the upper brain. It is responsible for the cognitive skills of logic, intuition and decision. Each half of the cerebrum is split into four lobes. Each lobe is responsible for performing it's own specific functions.

3 Parietal Lobe Functions connected with movement, orientation, calculation and certain types of recognition. Occipital Lobe Mainly made up of visual processing areas. Cerebellum Also known as the little brain or hind brain. It's main function is to control your body position, poise and balance. It also stores memories for basic learned responses.

4 Frontal Lobe Deal with the most integrated brain functions i.e., thinking, and planning. They also play a major part in the conscious appreciation of emotion. Temporal Lobe Deals with sound, speech comprehension, usually the left temporal lobe, and some aspects of memory Brain Stem Extends up from your spinal cord. It is primarily responsible for basic life support and controls your breathing and heart rate, your temperature and your digestion process.

Download ppt "A Tour Of your Brain Dr. Hassan Shaibah. The Cortex Three main parts of the brain, the cerebral cortex, the cerebellum and the brain stem. We will also." 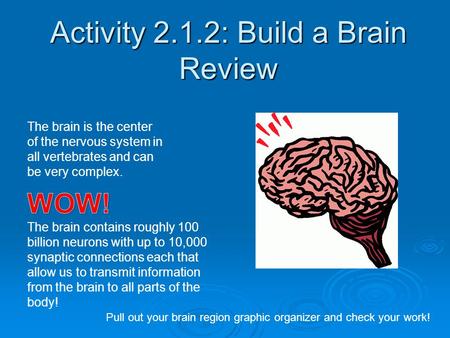 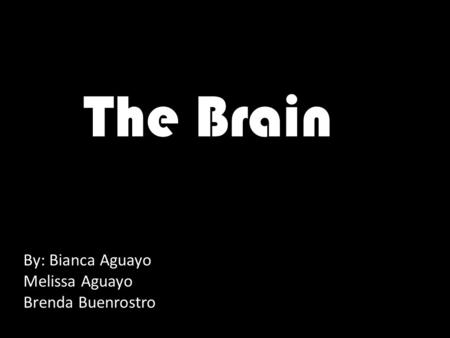 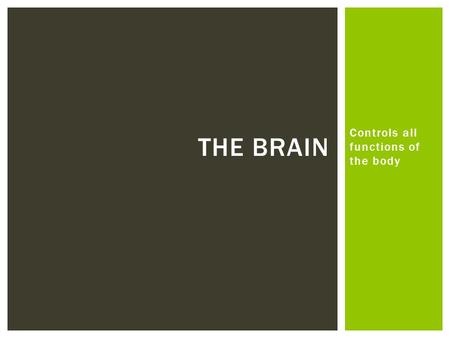 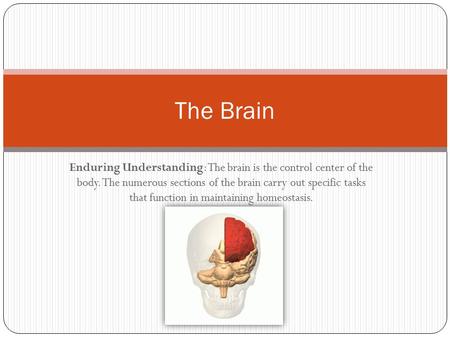 The Brain Enduring Understanding: The brain is the control center of the body. The numerous sections of the brain carry out specific tasks that function. 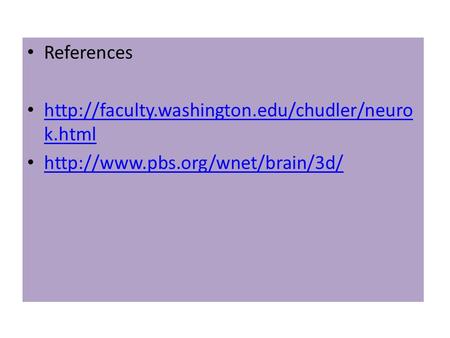 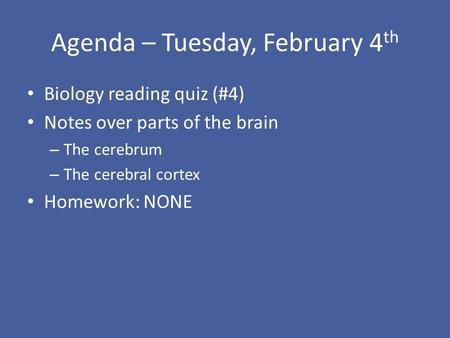 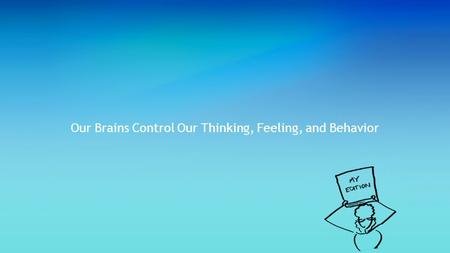 Our Brains Control Our Thinking, Feeling, and Behavior.