2 Kernel methods (1) In chapters 3 and 4 we dealed with linear parametric models of this form: where Áj(x) are known as basis functions and Á(x) is a fixed nonlinear feature space mapping This models can be re-cast into an equivalent ‘dual representation’ in which the prediction is based on linear combination of a kernel functions

3 Dual representation(1)
Let’s consider a linear regression model whose parameters are determines by minimizing a regularized sum-of-squares error function If we set the gradient of J(w) with respect to w equal to zero, the solution for w takes the following form If we substitute it into the model we obtain the following prediction

4 Dual representation(2)
Let’s define the Gramm matrix , which is an NxN symmetric matrix with elements In terms of Gram matrix the prediction can be written as So now the prediction is expressed entirely in terms of the kernel function

5 Kernel trick If we have an algorithm formulated in such a way that the input vector x enters only in the form of scalar products, then we can replace the scalar product with some other choice of kernel.

6 Advantages of dual representation
We have to invert an NxN matrix, whereas in the original parameter space formulation we had to invert MxM matrix in order to determine w. I could be very important if N is significantly smaller than M. As a dual representation is expressed entirely in terms of kernel function k(x,x’), we can work directly in terms of kernels, which allows to use feature spaces of high, even infinite, dimensionality. Kernel functions can be defined not only over simply vectors of real numbers but also over objects as diverse as graphs, sets, string, and text documents

9 Constructing kernels (3)
A necessary and sufficient condition for function k(x,x’) to be a valid kernel, is that Gram matrix K should be positive semidefinite for all possible choices of the set {x}

12 Radial Basis Function Networks
To specify a regression model based on linear combination of fixed basis function we should choose the particular form of such functions. On possible choice is to use radial basis functions, where each basis function depends only on the radial distance form a certain centre so that

13 Nadaraya-Watson model (1)
We want to find the regression function y(x), using a Parzen density estimator to model the joint distribution It can be shown that Where and

15 Gaussian processes (1) Let’s apply kernels to probabilistic discriminative models Instead of defining prior on parameters vector w we define a prior probability over functions directly ?

17 Gaussian processes (3) A Gaussian process is defined as a probability distribution over functions y(x) such that the set of values of y(x) evaluated at an arbitrary set of points {x} jointly has a Gaussian distribution. This distribution is specified completely by the second-order statistics, the mean and the covariance. The mean by symmetry is taken to be zero. The covariance is given by the kernel function

19 Gaussian processes for regression(1)
Let’s consider t to be a target value Where is a hyperparameter representing the precision of the noise. Mentioning that we can find the marginal distribution where 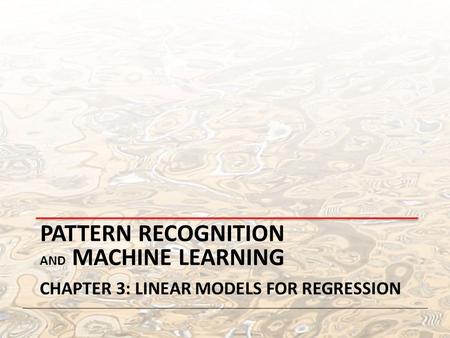 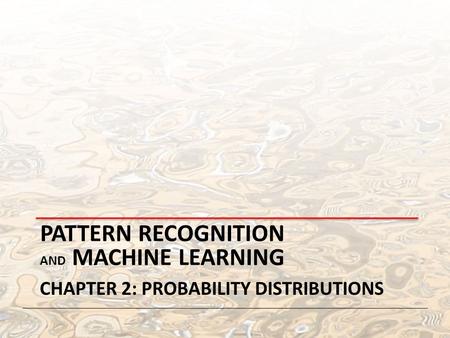 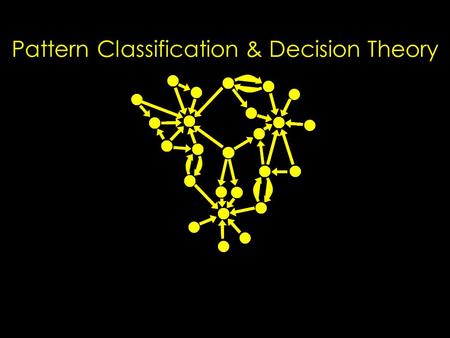 Pattern Classification & Decision Theory. How are we doing on the pass sequence? Bayesian regression and estimation enables us to track the man in the. 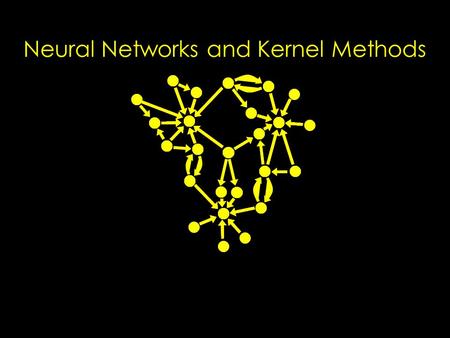 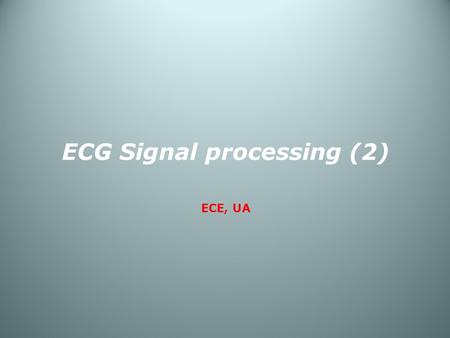 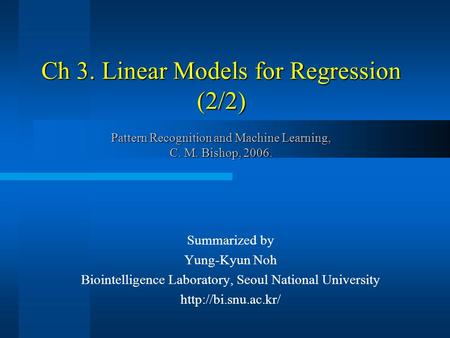 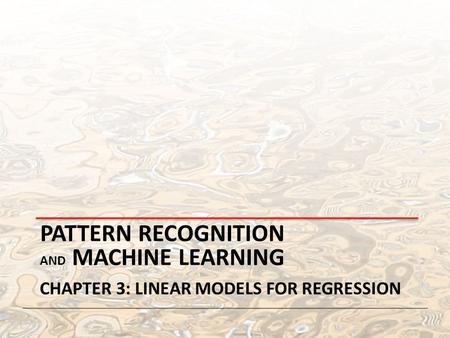 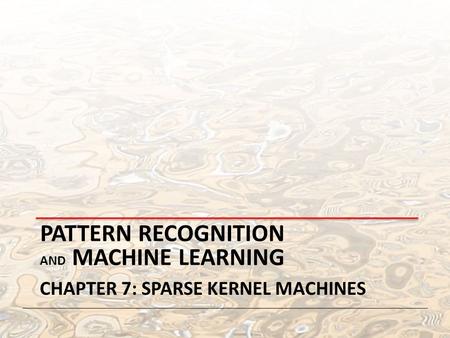 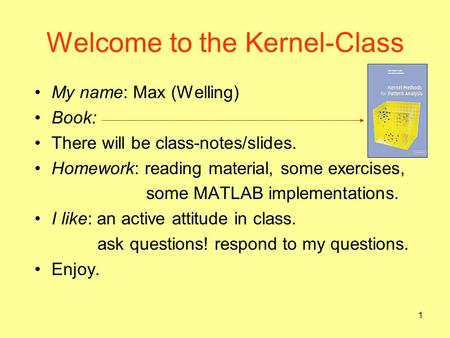 1 Welcome to the Kernel-Class My name: Max (Welling) Book: There will be class-notes/slides. Homework: reading material, some exercises, some MATLAB implementations. 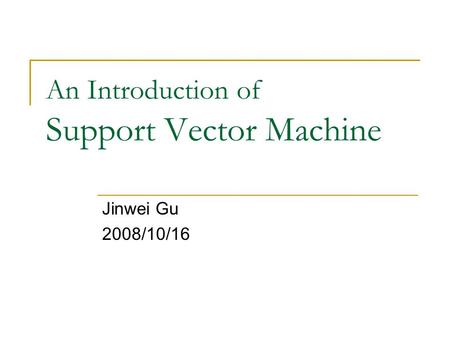 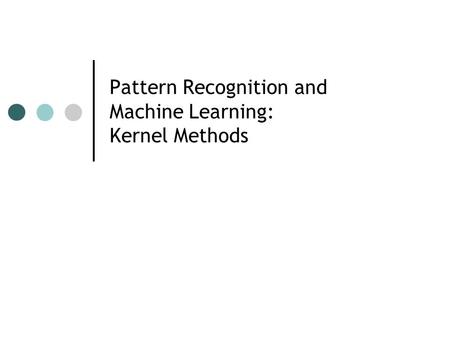 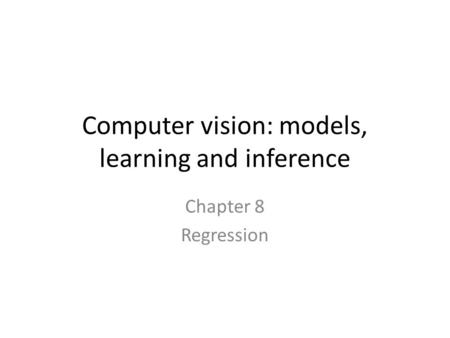 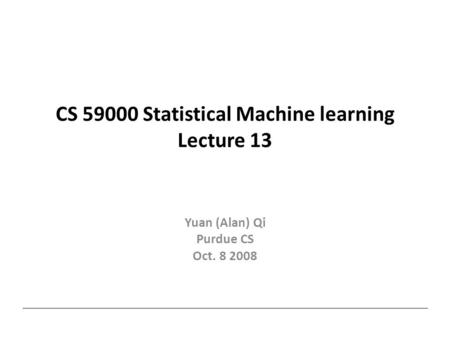 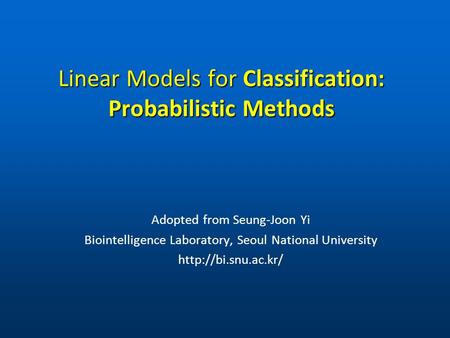 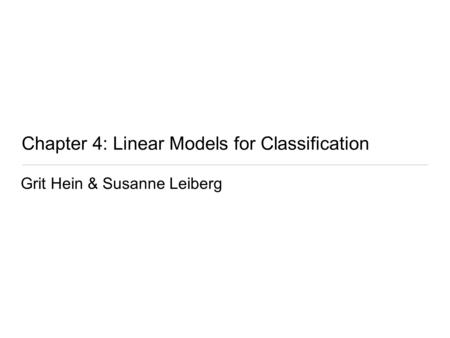 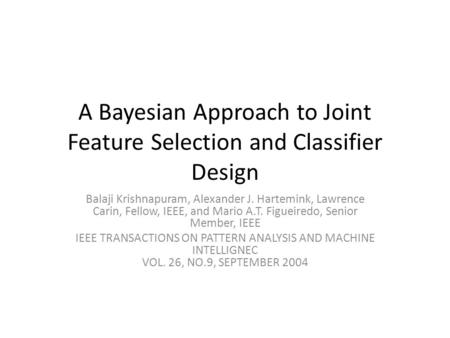 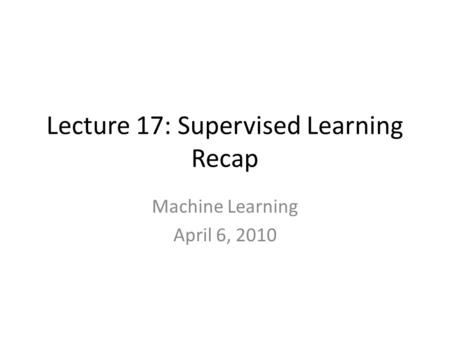 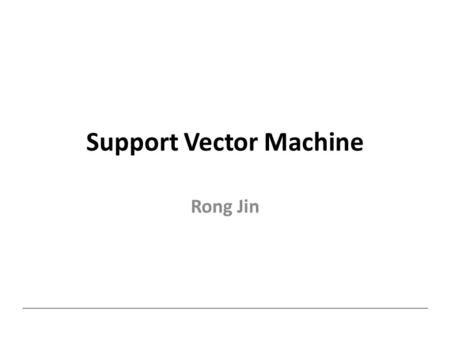 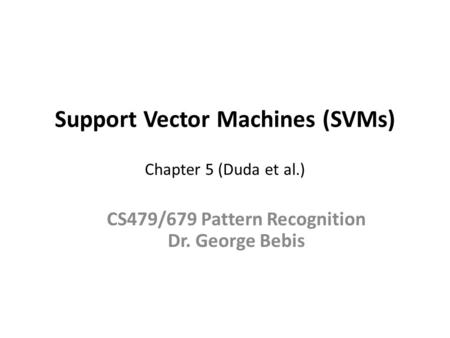