9 Useful tautologies: Let’s give examples of each
Simplification: If both p and q are true, then p is true. (pq)p Addition: If p is true, then we know that either p or q is true. p(pq) Disjuntive Syllogism (One-or-the-Other): If either p or q is true, and one is know to be false, then the other must be true [(pq)(p) q Transitivity: If p implies q and q implies r then p implies r. [(pq)(qr)](pr)

14 Inference Inference is just using logical sequences to arrive at a conclusion. We had direct Reasoning, or Modus Ponens, as Statements above the line are premises, and statements below the line are conclusions. Any tautology from the lists in previous slides may be used as premises in a proof.

17 Example : The following statements are premises (assumed to be true – we call them assumptions)
AB B AC What are the conclusions from this list? A . Taking 1. and 2. as true, since we don’t have B we can’t have A, because of Indirect Reasoning. If A implies B, then if B isn’t true, A can’t be either. But also from 3., so we get C? Why or why not? Give an example.

18 Tools of inference Premises are taken as true. Tautologies are rules of inference that can be used in proofs. We can replace any part of a compound statements with a tautologically equivalent statements. That is, we can substitute likes for each other. If A and B are two lines in a proof, then we can add a line AB to the proof.

19 Here is an example of a proof:
What did we prove? A proof is a list of arguments, based on tautological relationships, that lead to a conclusion. 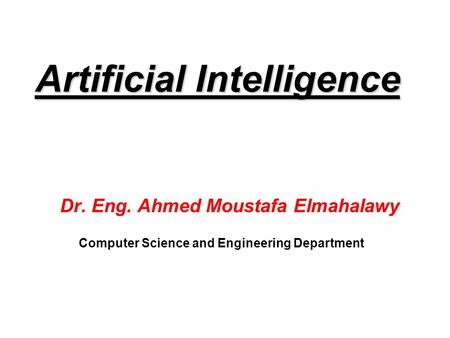 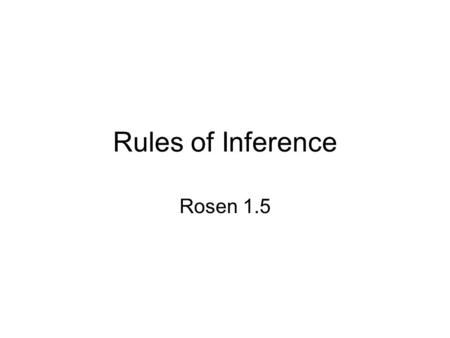 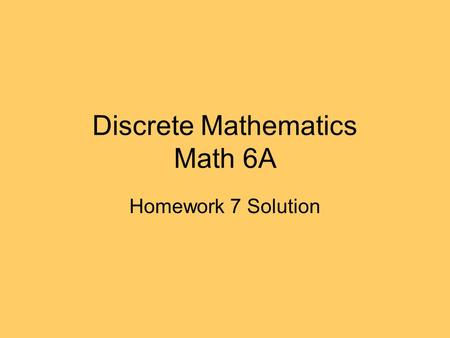 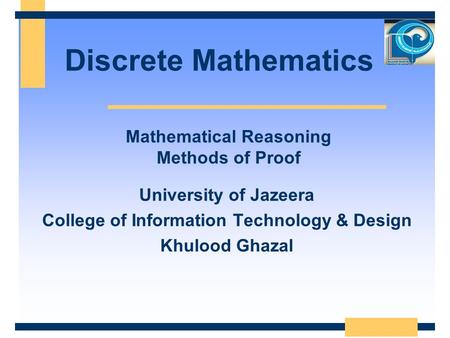 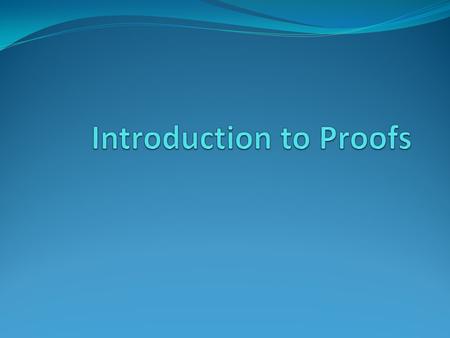 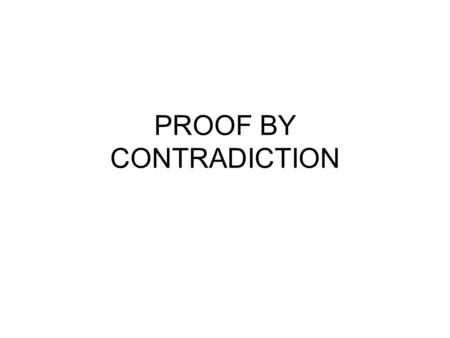 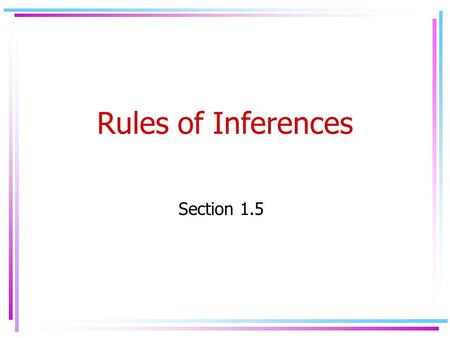 Rules of Inferences Section 1.5. Definitions Argument: is a sequence of propositions (premises) that end with a proposition called conclusion. Valid Argument: 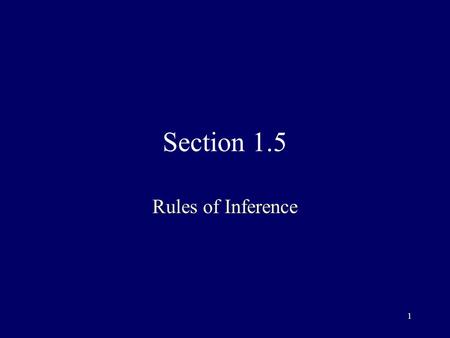 1 Section 1.5 Rules of Inference. 2 Definitions Theorem: a statement that can be shown to be true Proof: demonstration of truth of theorem –consists of. 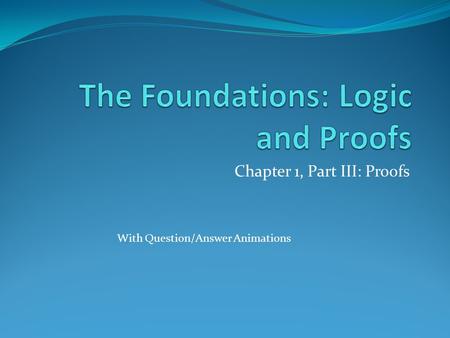 The Foundations: Logic and Proofs 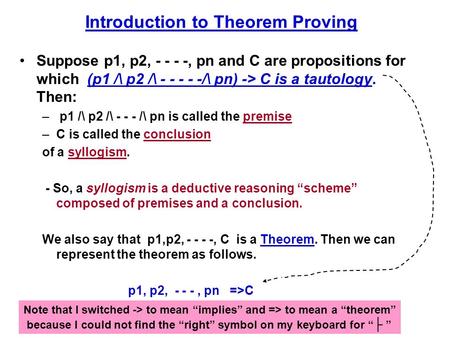 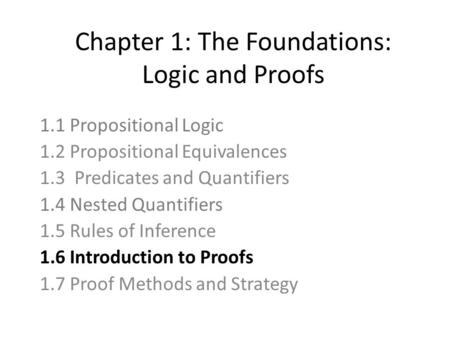 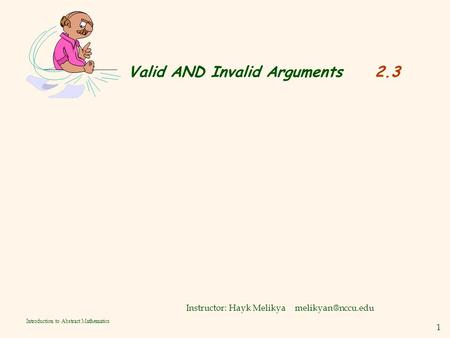 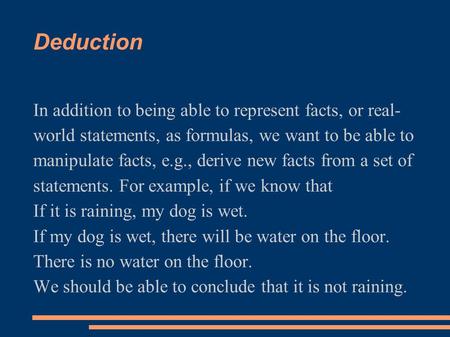 Deduction In addition to being able to represent facts, or real- world statements, as formulas, we want to be able to manipulate facts, e.g., derive new. 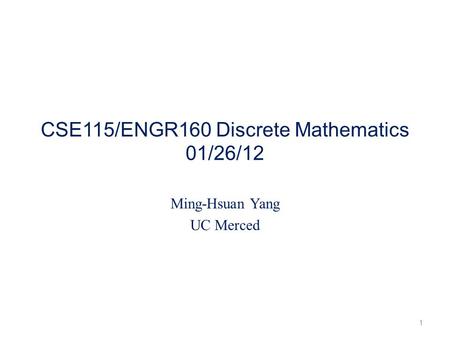 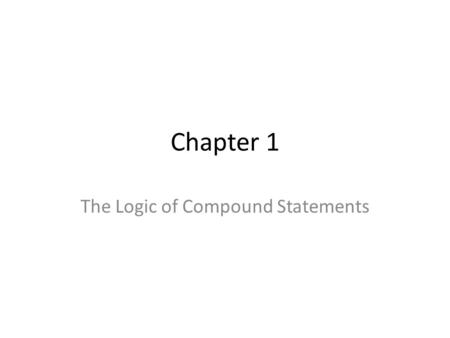 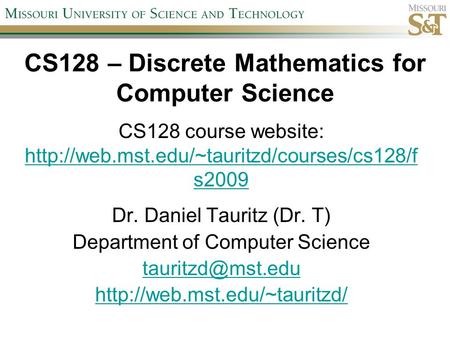 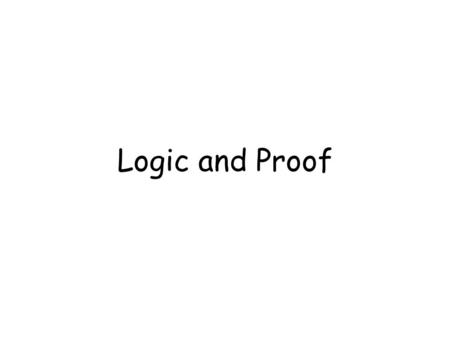 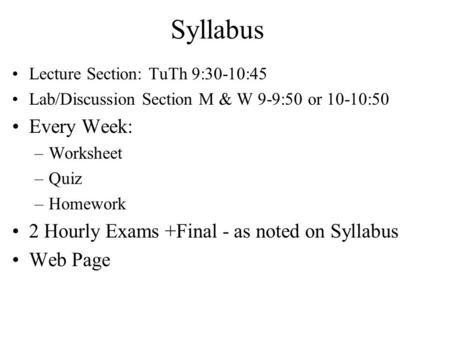 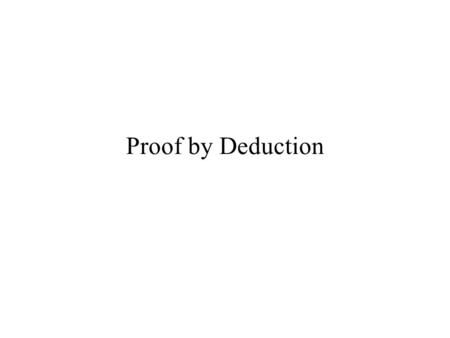 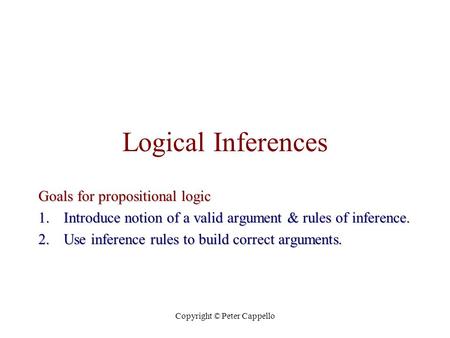