1 Intermolecular Forces
The forces that occur between the molecules.

6 Dipole-Dipole What is a dipole?
A polar compound that has one end that is positively charged and the other end is negatively charged. Positive ends attract to negative ends. When molecules with dipole moments are put together, they orient themselves to take advantage of their positive & negative charges.

7 Dipole-Dipole The molecules with dipole moments can attract each other by lining up so that their positive & negative ends are close to each other. Dipole-dipole forces are very weak. They are only about 1% as strong as ionic or covalent bonds.

8 Hydrogen Bonding A hydrogen bond is a strong dipole-dipole force that occurs between molecules in which hydrogen is bound to a highly electronegative atom, such as oxygen. The most common hydrogen bond is found in water H2O.

9 Hydrogen Bonding The two factors that account for the strength of this force is The polarity of the bond The close proximity of the dipoles because of the small size of the hydrogen atom.

10 Hydrogen Bonding Water molecules tend to remain together in the liquid state even at relatively high temperatures because a large amount of energy is required to overcome this force. This is because of the electronegativity value of oxygen. Thus water has a high boiling point.

11 London Dispersion Forces
Even molecules without dipole moments must exert forces on each other. We know this because all substances – even the noble gases - exist in the liquid and solid states at very low temps. There must be forces to hold the atoms close together. The forces that exist among noble gas atoms and nonpolar molecules are called London Dispersion forces.

12 London Dispersion Forces
We assume that the electrons of an atom are uniformly distributed about the nucleus, this is apparently not true at every instant.

13 London Dispersion Forces
Atoms can develop a temporary dipolar arrangement of charge as the electrons move around the nucleus. This instantaneous dipole can then induce a similar dipole in a neighboring atom.

14 London Dispersion Forces
The inter-atomic attraction is weak and short-lived. It can be very significant for large atoms and large molecules.

15 London Dispersion Forces
The motion of the atoms must be slowed down before the weak London forces can lock the atoms into place to produce a solid. This is why noble gases have very low freezing points.

16 London Dispersion Forces
Nonpolar molecules such as H2, N2, and I2 also attract each other by London Dispersion forces. These forces become more significant as the sizes of the atoms increase. Larger size means there are more electrons available to form the dipoles. 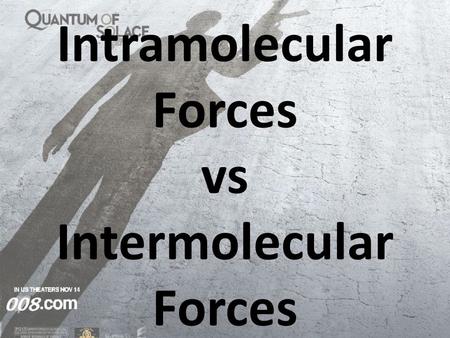 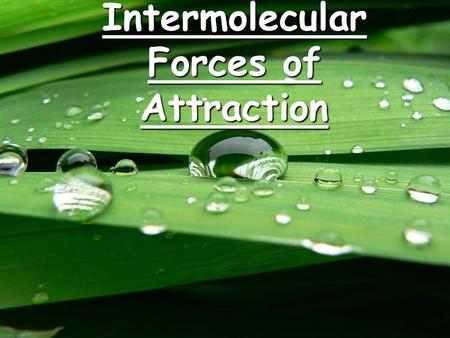 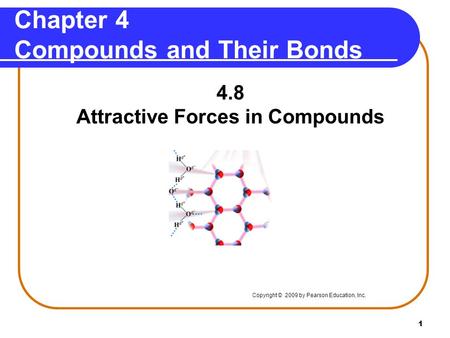 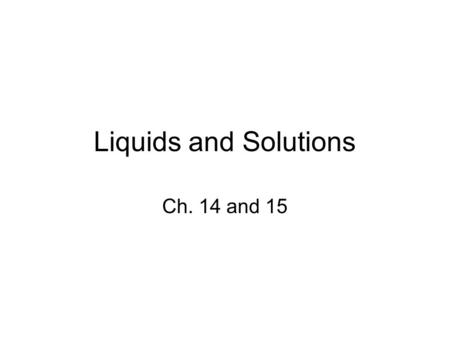 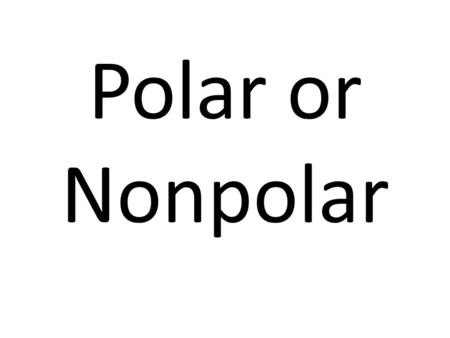 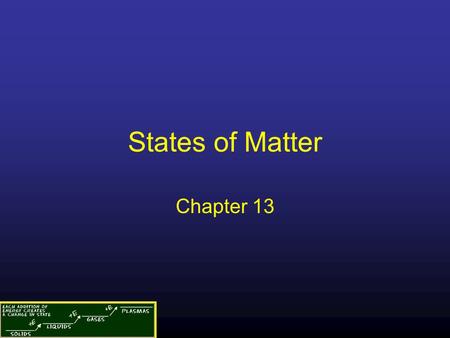 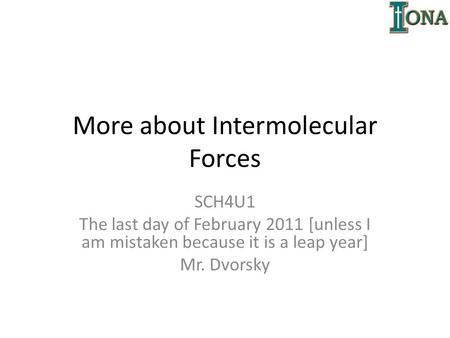 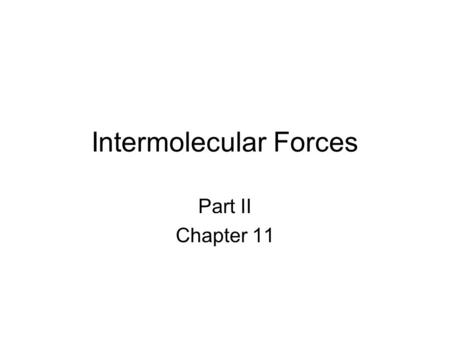 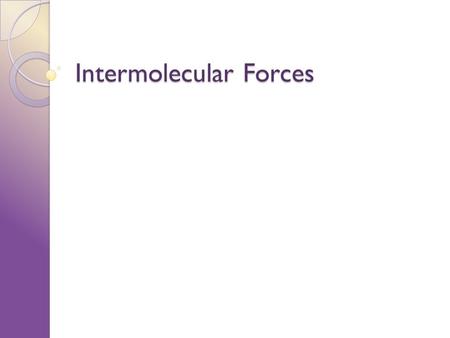 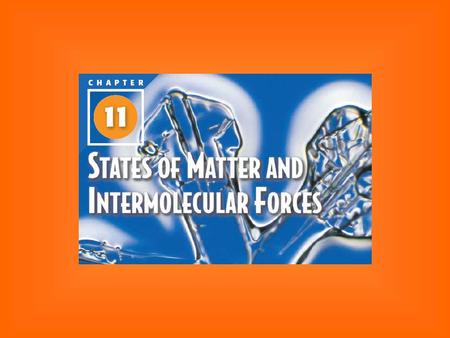 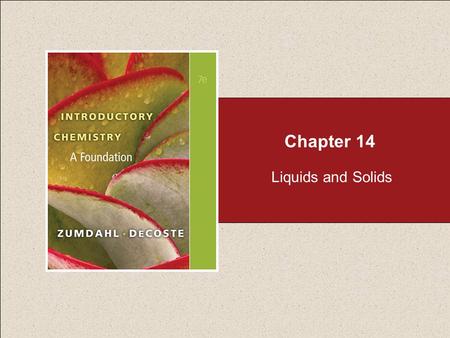 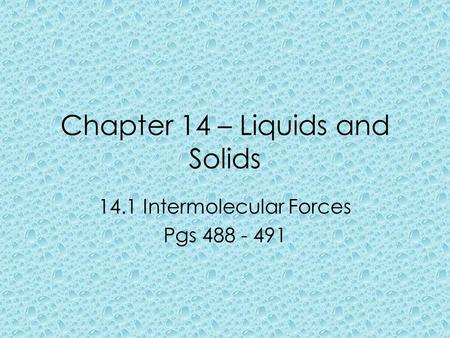 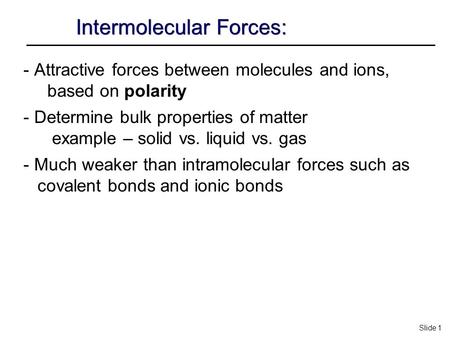 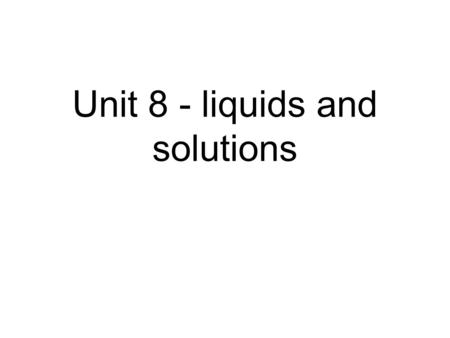 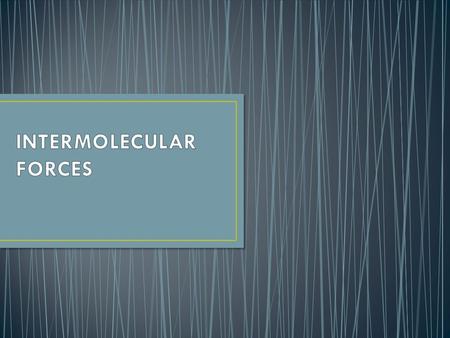 As a liquid is heated, the kinetic energy of its particles increases. At the boiling point, the energy is sufficient to overcome the force of attraction. 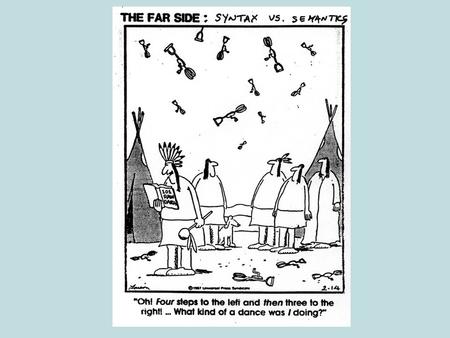 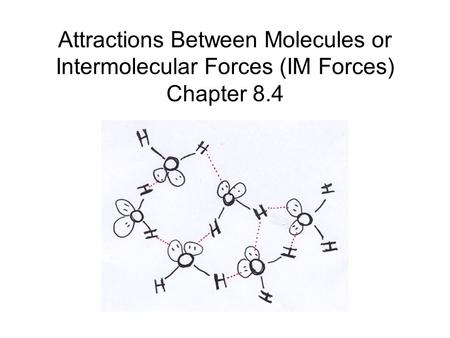 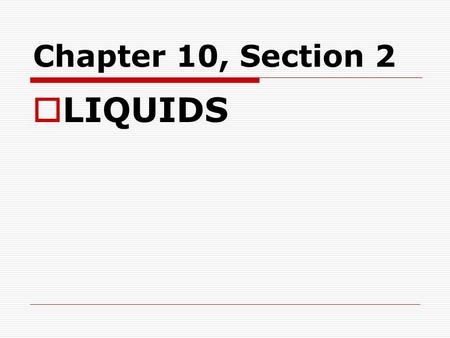