3 AAE450 Spring 2009 [Levi Brown] [Mission Ops] 3 Results Limiting Case: 1 Year TOF Inputs: m o = 595.4 kg (Latest OTV Mass) TOF out = 356 days TOF in ≈7 days (Keep low spiral time) Results: Required T out = 109.5 mN Required T in = 93.5 mN Perilune Altitude ≈ 8.0 km Perilune Velocity = 2.3 km/s Note: Code uses physics to determine s/c motion and is independent of engine properties Can we produce this much thrust for this amount of time with a s/c of this mass? ΔV is dependent on engine characteristics because of low thrust Will use this code iteratively with propulsion to determine if mission can be completed for a given system

8 AAE450 Spring 2009 [Levi Brown] [Mission Ops] 4 Other Future Work: Work with descent group Many possibilities for altitude and velocity for descent What works best? Should we try to circularize orbit more first? Look at effects of varying departure orbit (higher LEO, GTO) Add in 3 rd body effect Have both Earth and Moon gravity in both integrations More efficient thrusting Is it more efficient to thrust in velocity direction?

9 AAE450 Spring 2009 [Levi Brown] [Mission Ops] 4 Notes on iteration with propulsion: DeltaV is caused by 2 factors (gravity and thrust) For impulse type maneuvers, it is assumed that the thrusting is instantaneous This means that the deltaV between two points on a trajectory is only caused by gravity Because code indicates an initial mass, a constant thrust, and a TOF, it was determined that the best method of calculating deltaV was through the equations for the engine The current mass was based off of our initial deltaV assumption of 8 km/s The sizing equations take a deltaV and various specifications for a particular engine Using the deltaV and specifications, parameters such as TOF, propellant mass, mass flow rate, initial mass, and thrust are produced. If we fix a TOF, we can vary deltaV until the TOF match and then find the mass and thrust required for that engine Then use the trajectory code to determine if we can reach the moon If not, vary the deltaV and do it again 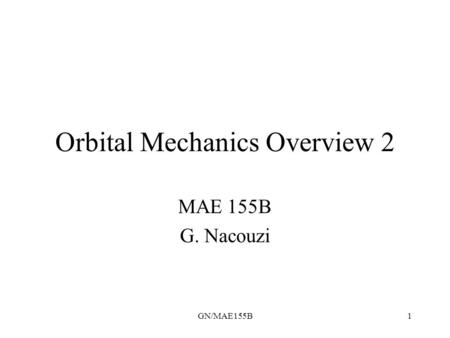 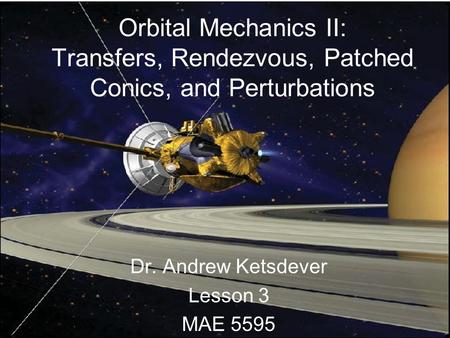 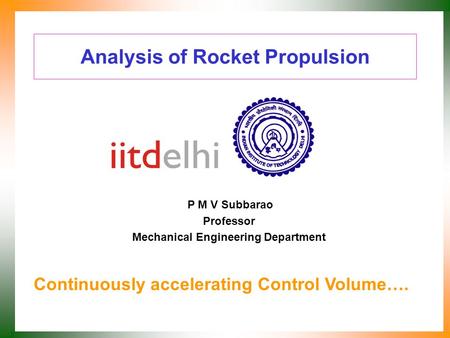 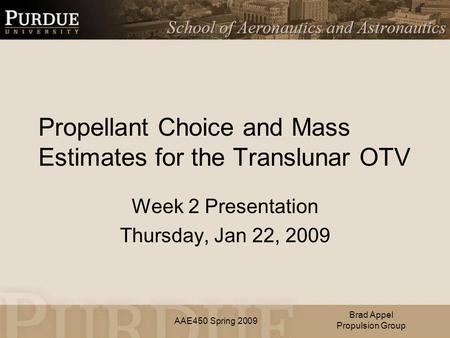 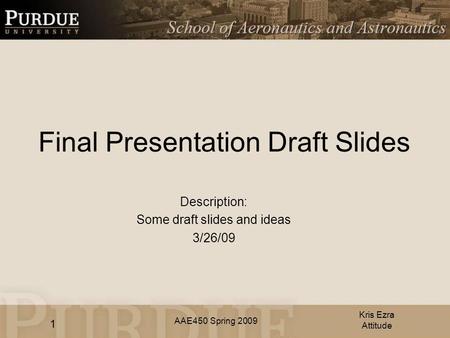 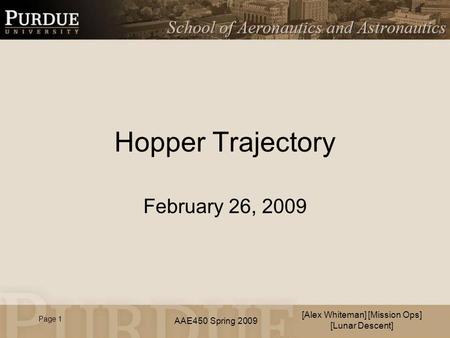 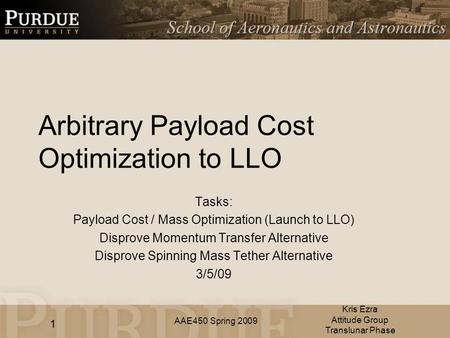 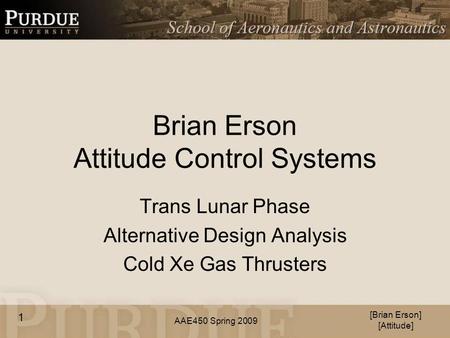 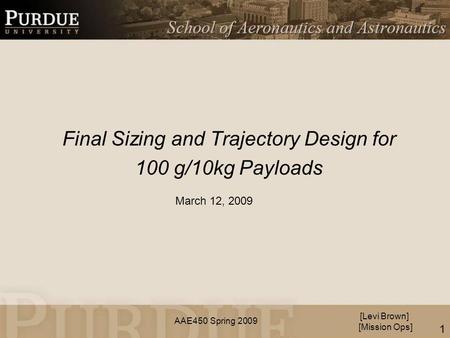 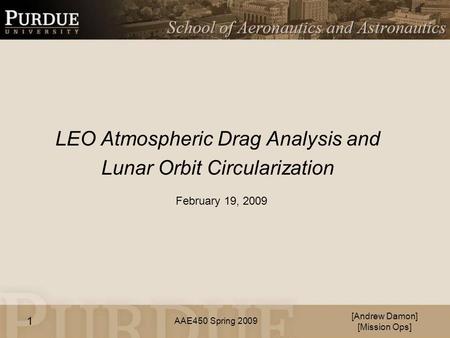 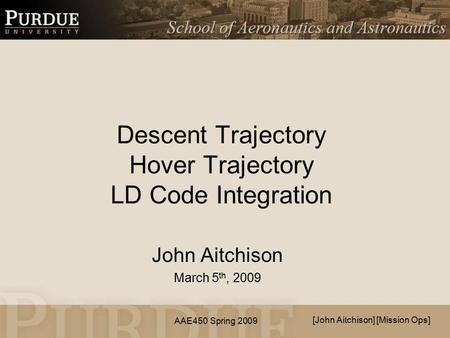 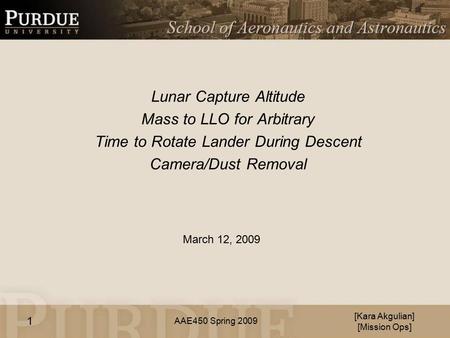 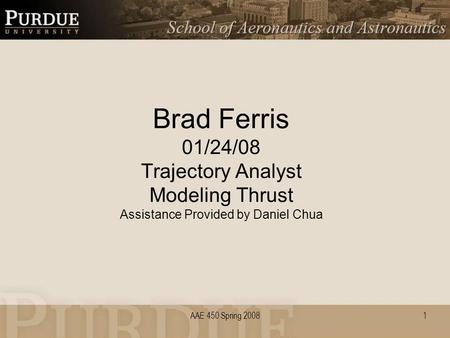 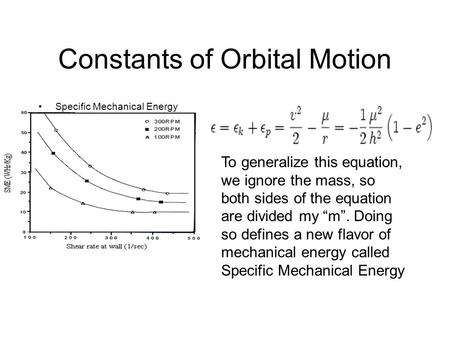 Constants of Orbital Motion Specific Mechanical Energy To generalize this equation, we ignore the mass, so both sides of the equation are divided my “m”. 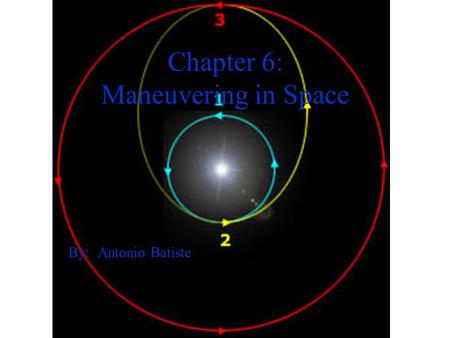 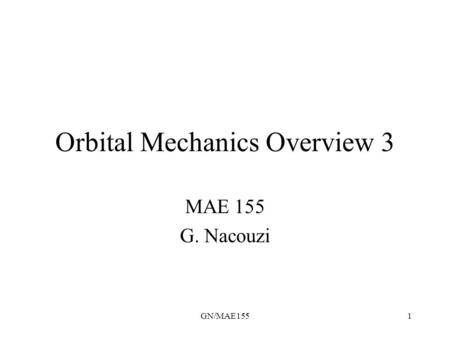 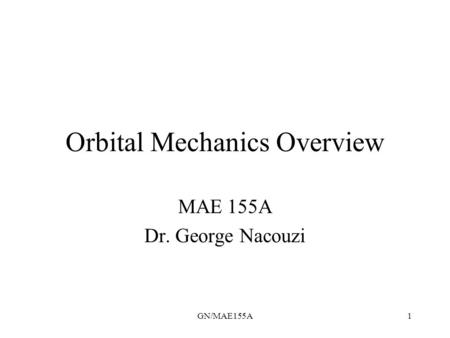 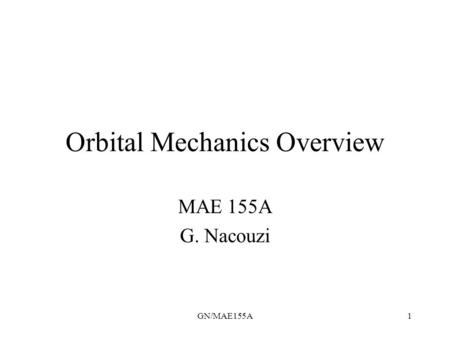