2 Learning Parameters with Hidden Variables
So far we have assumed that I can collect data on all variables in the network What if this is not true, i.e. the network has hidden variables? Clearly I can’t use the frequency approach, because I am missing all the counts involving H

3 Quick Fix Get rid of the hidden variables.
It may work in the simple network given earlier, but what about the following one? Each variable has 3 values (low, moderate, high) the numbers by the nodes represent how many parameters need to be specified for the CPT of that node 78 probabilities to be specified overall

4 Not Necessarily a Good Fix
The symptom variables are no longer conditionally independent given their parents Many more links, and many more probabilities to be specified: 708 overall Need much more data to properly learn the network

6 Another Example But I may want to find groups of users that behave similarly when reading news, without knowing the categories a priori Type of unsupervised learning known as clustering I can do that by assuming k user categories and making them the values of an hidden variable C in the Naive classifier How to computer the parameters? C

9 EM: General Idea The algorithm starts from “invented” (e.g., randomly generated) information to solve the learning problem, e.g., the network parameters It then refines this initial guess by cycling through two basic steps Expectation (E): update the data with predictions generated via the current model Maximization (M): given the updated data, infer the Maximum Likelihood (or MAP model) This is the same step that we described when learning parameters for fully observable networks It can be shown that EM increases the log likelihood of the data at any iteration, and often achieves a local maximum

10 EM: How if Works on Naive Bayes
We start from our network with hidden variable and incomplete data ? We then make up the missing data. Suppose that we want C to have three values, [1,2,3] (categories) What would we need to learn the network parameters?

11 EM: How if Works on Naive Bayes
We start from our network with hidden variable and incomplete data ? We then make up the missing data. Suppose that we want C to have three values, [1,2,3] (categories) What would we need to learn the network parameters? for P(C) = Count(datapoints with C=i)|Count(all dataponts) ) i=1,2,3 for P(Xj|C) = Count(datapoints with Xj = valk and C=i)|Counts(data with C=i) for all values valk of Xj and i=1,2,3

12 EM: Augmenting the Data
We only have Count(all datapoints). We approximate the others with expected counts derived from the model Expected count is the sum, over all N examples in my dataset, of the probability that each example is in category I Where Available from the model

14 EM: Augmenting the Data
This process is analogous to creating new tuples of data that include values for the hidden variables For each tuple in the original data (i.e. [t,f,t,t]) below, expected counts duplicate it as many times as are the values of C, and add to each new tuple one of the values of C Get an expected count for each new from the model.

18 Another Example Back to the cherry/lime candy world.
Two bags of candies (1 and 2) have been mixed together Candies are described by 3 features: Flavor and Wrapper as before, plus Hole (whether they have a hole in the middle) The distribution of candies in each bag is described again by a naive Bayes model, below θ= P(Bag = 1) θFj = P(Flavor = cherry|Bag = j) θWj = P(Wrapper = red|Bag = j) θHj = P(Hole = yes|Bag = j) j =1,2

20 Start Point This time, we start by directly assigning a guesstimate for the parameters Usually done randomly; here we select numbers convenient for computation We’ll work through one cycle of EM to compute θ(1).

21 E-step First, we need the expected count of candies from Bag 1,
Sum of the probabilities that each of the N data points comes from bag 1 Be flavorj, wrapperj, holej the values of the corresponding attributes for the jth datapoint

22 E-step This summation can be broken down into the 8 candy groups in the data table. For instance the sum over the 273 cherry candies with red wrap and hole (first entry in the data table) gives

23 M-step If we do compute the sums over the other 7 candy groups we get
At this point, we can perform the M-step to refine θ, by taking the expected frequency of the data points that come from Bag 1

24 One More Parameter If we want to do the same for parameter θF1
E-step: computer the expected count of cherry candies from Bag 1 Can compute the above value from the Naïve model as we did earlier M-step: refine θF1 by computing the corresponding expected frequencies

26 EM: Discussion For more complex Bnets the algorithm is basically the same In general, I may need to compute the conditional probability parameter for each variable Xi given its parents Pai θijk= P(Xi = xij|Pai = paik) The expected counts are computed by suming over the examples, after having computer for each P(Xi = xij,Pai = paik) using any Bnet inference algorithm The inference can be intractable, in which case there are variations of EM that use sampling algorithms for the E-Step

27 EM: Discussion The algorithm is sensitive to “degenerated” local maxima due to extreme configurations e.g., data with outliers can generate categories that include only 1 outlier each because these models have the highest log likelihoods Possible solution: re-introduce priors over the learning hypothesis and use the MAP version of EM 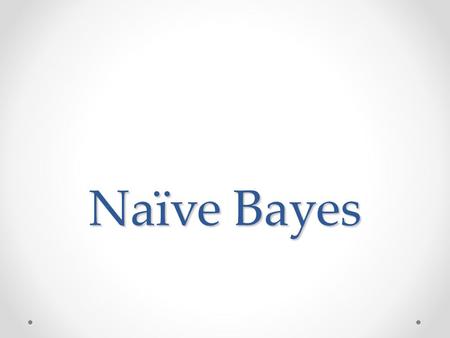 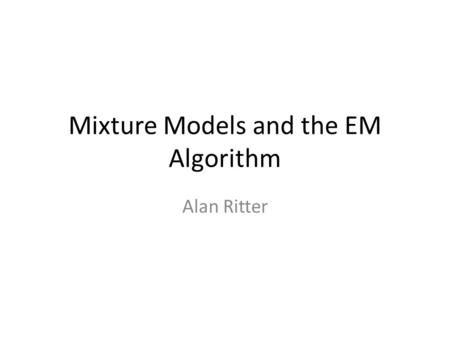 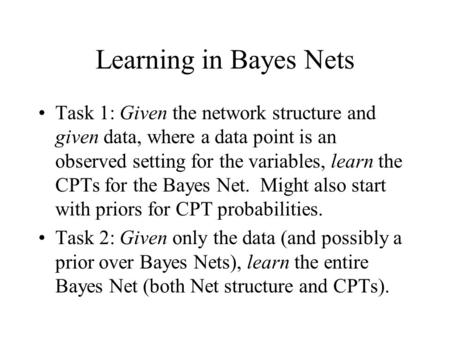 Learning in Bayes Nets Task 1: Given the network structure and given data, where a data point is an observed setting for the variables, learn the CPTs. 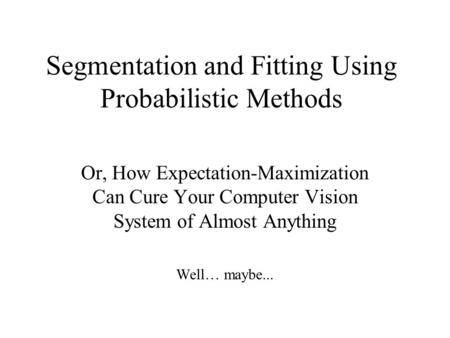 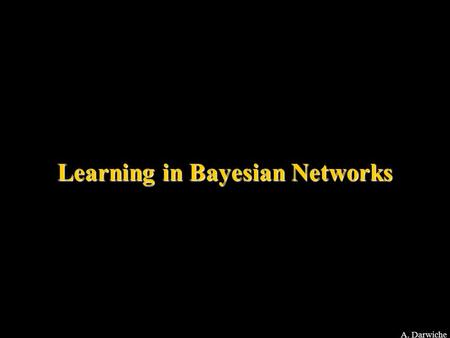 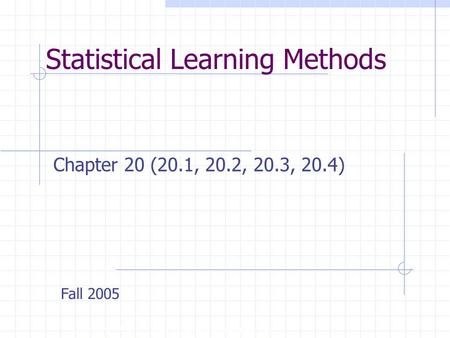 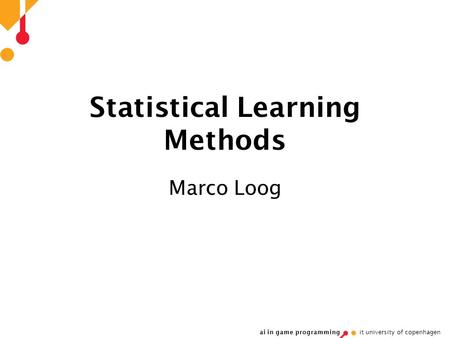 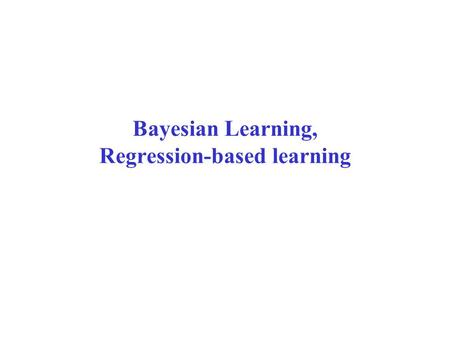 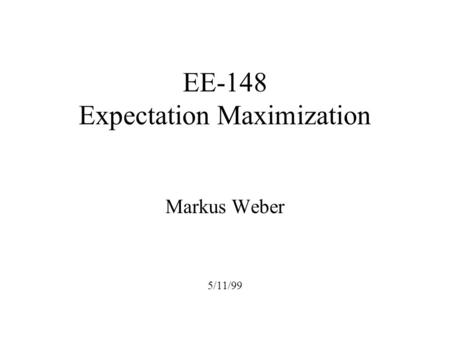 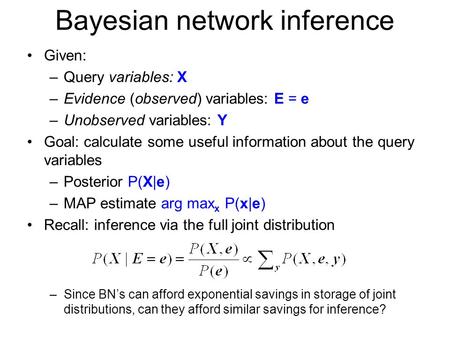 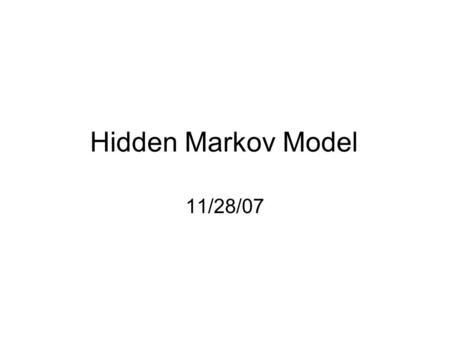 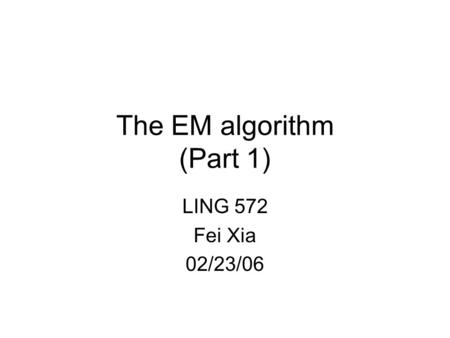 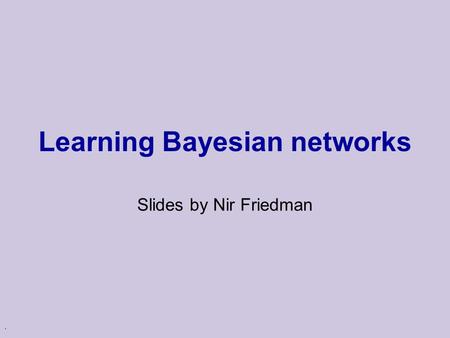 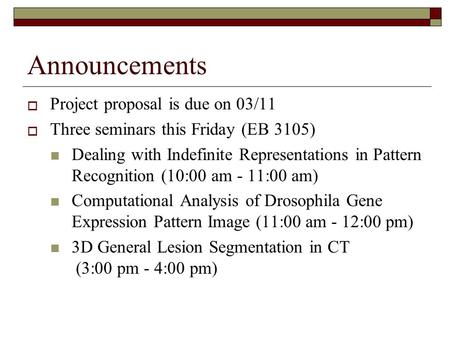 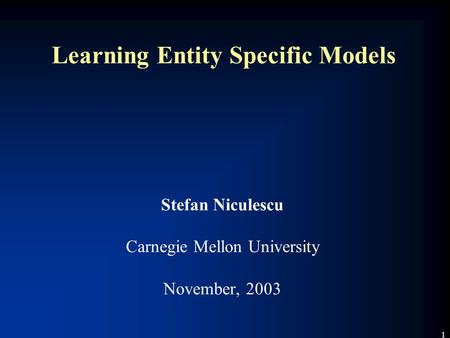 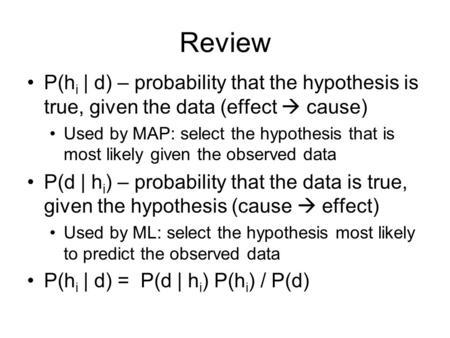 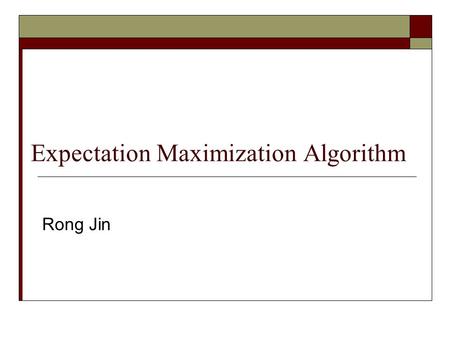 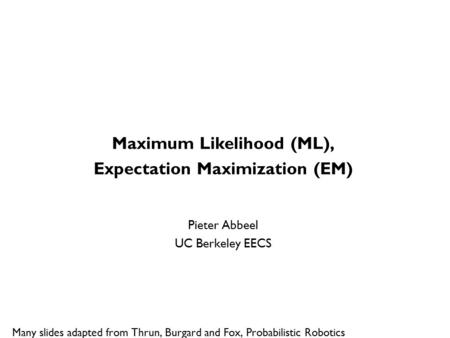