4 1. Introduction (Cont ’d) Problems: Since the retrievals under the commonly used nearest-neighbor rule cannot reflect the query distribution function properly, most of relevance feedback techniques may fail under the following assumption: The number of relevant retrievals is small The number of iterations is required to be small

5 2. Background Review RF technique in CBIR system can be regarded as a form of two-stage automatic learning for the unknown query distribution function: Estimate the query distribution function by using the Expectation-Maximization (EM) algorithm or by the classical statistics. Generate the inquiries to be returned to the user, where the nearest-neighbor rule is commonly used.

6 2. Background Review (Cont ’d) Limitation of estimation theories: EM has its limitations in CBIR Because of a small number of labeled data in RF. Only relevant informaton can be utilized by classical statistical theory.

7 2. Background Review (Cont ’d) Limitation of the nearest-neighbor rule: the retrievals generated cannot wholly reflect the Query Distribution Function (QDF) because the underlying QDF may not be isotropic in nature. Note: QDF is the statistical distribution function deformed by all the images similar to the given query image in high dimensional feature space.

8 2. Background Review (Cont ’d) Shannon’s Entropy Maximum Entropy Principle (MEP): To obtain estimations by determining a probability distribution associated with a random variable over a discrete space which has the greatest entropy subject to constraints on the expectations of a given set of functions of the variable. The Maximum Entropy (MAXENT) solution with no bias (or constraints) is

11 3. Proposed Framework (Cont ’d) Estimation stage When the number T of relevant retrieval is less than the dimension M of the feature space, it is assumed that When T=1, an estimation can be given by an equal-probability constrain

12 3. Proposed Framework (Cont ’d) Generation stage For K number of retrievals, K+1 points can be determined according to the following equal-probability conditions: all similar images in the database can be divided in the following K subsets: where

20 4. Experiments and Analysis (Cont ’d) Result analysis: According to the ARP's in Step 3 in Table 1, the proposed generation stage Generation MAXENT outperforms the commonly used Euclidean distance and Mahalanobis distance The proposed generation stage Generation Based On MAXENT aims to retrieve image samples which can reflect the query distribution function. This is the reason why the ARP of MAXENT in Step 2 in Table 1 is lower than those of Euclidean distance and Mahalanobis distance.

21 5. Conclusion Novel two-stage relevance feedback framework for content- based image retrieval based on query estimation and the Maximum Entropy Principle is shown to be succeful in improving accuracy and speed on a trademark image database. Future work: to overcome the difficulty in image retrieval for high-dimensional features in large image databases

22 Acknowledgment This paper is supported in part by an Earmarked Grant from the Hong Kong Research Grants Council #CUHK4407/99E. 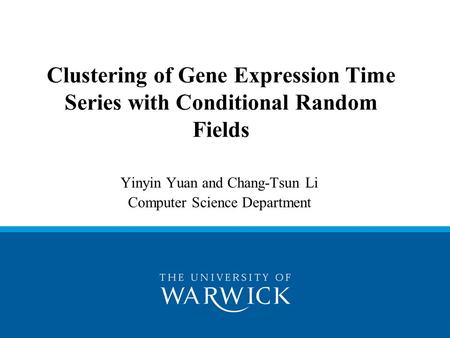 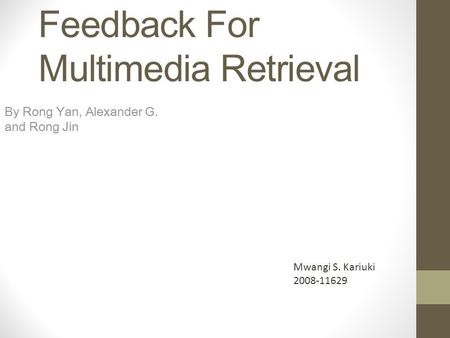 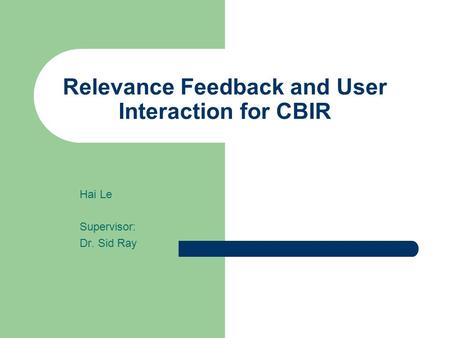 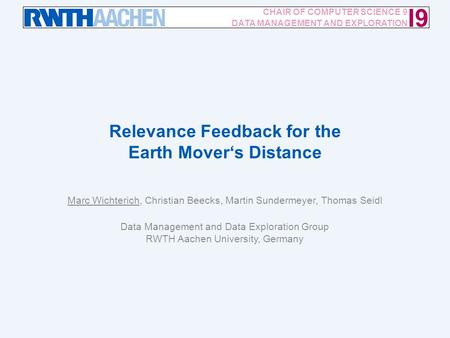 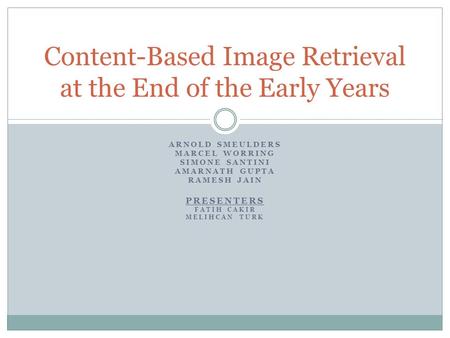 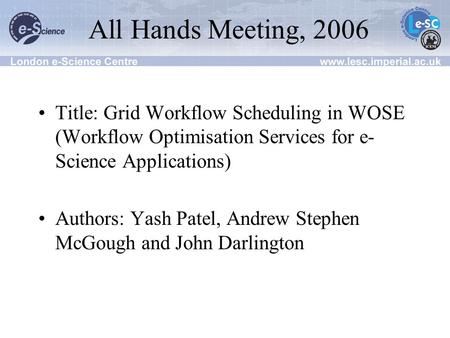 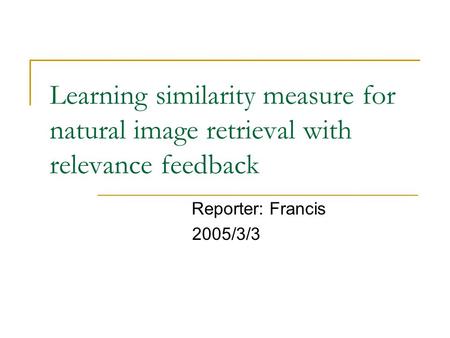 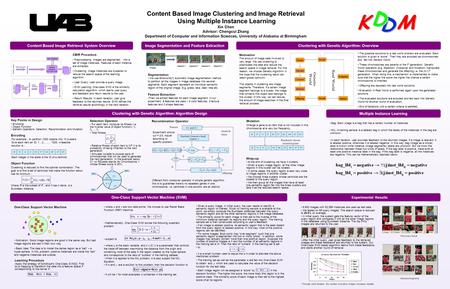 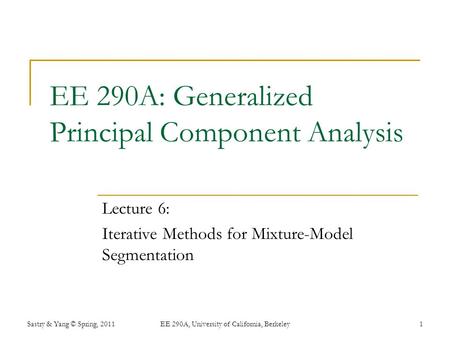 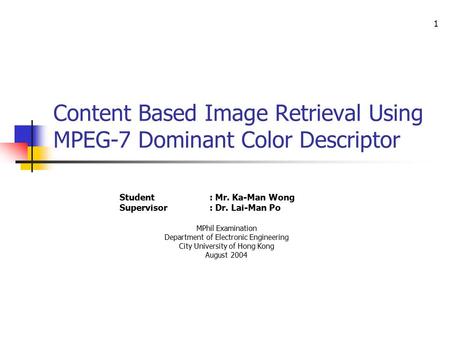 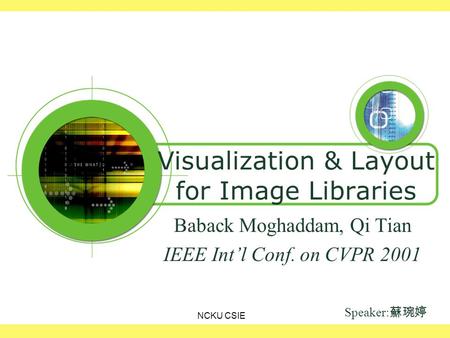 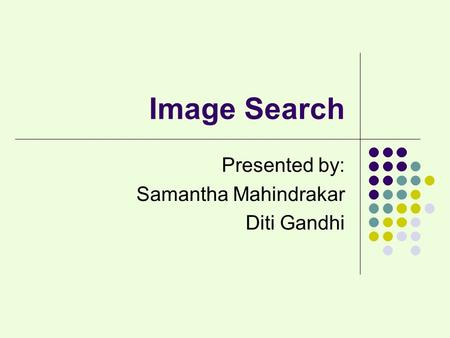 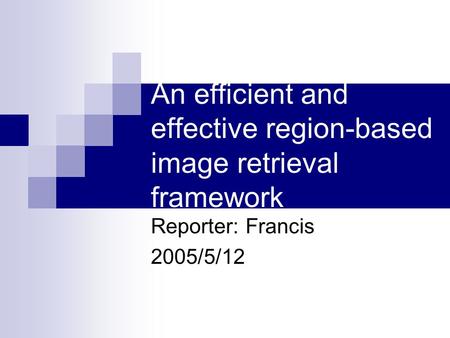 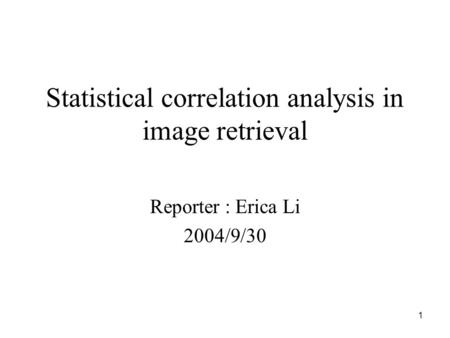 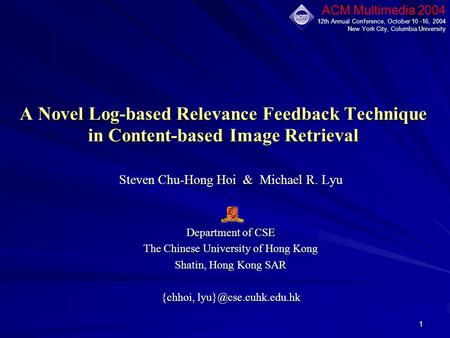 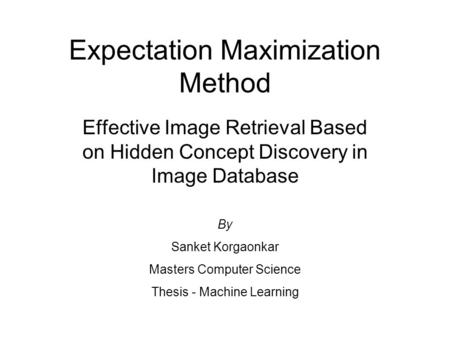 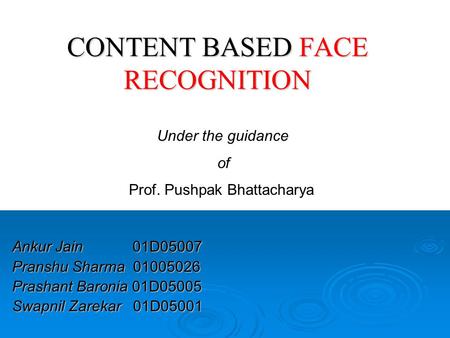 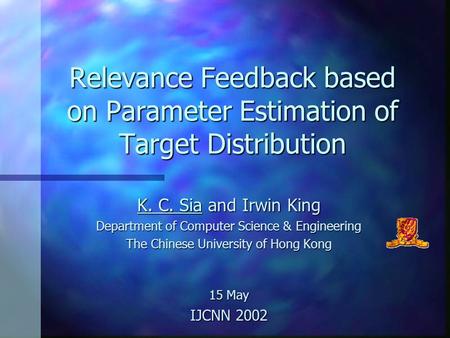 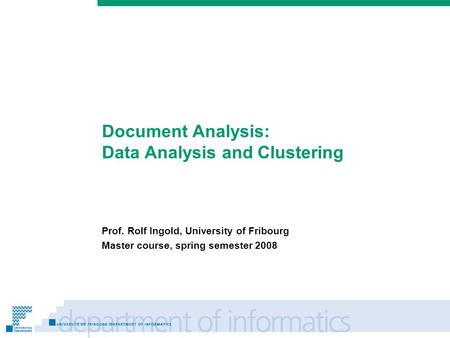 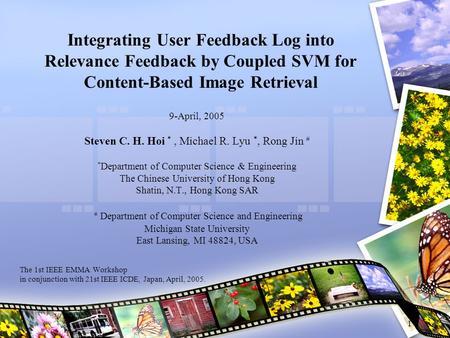