3 Introduction Internet and WWW have emerged as global ubiquitous media for communication and changing the way we conduct science, engineering, and commerce. They also changing the way we learn, live, enjoy, communicate, interact, engage, etc. It appears like the modern life activities are getting completely centered around the Internet.

5 Internet & Web as a delivery Vehicle

6 Increased demand for Internet applications
To take advantage of opportunities presented by the Internet, businesses are continuously seeking new and innovative ways and means for offering their services via the Internet. This created a huge demand for software designers with skills to create new Internet-enabled applications or migrate existing/legacy applications on the Internet platform. Object-oriented Java technologies—Sockets, threads, RMI, clustering, Web services-- have emerged as leading solutions for creating portable, efficient, and maintainable large and complex Internet applications.

13 Sockets Sockets provide an interface for programming networks at the transport layer. Network communication using Sockets is very much similar to performing file I/O In fact, socket handle is treated like file handle. The streams used in file I/O operation are also applicable to socket-based I/O Socket-based communication is programming language independent. That means, a socket program written in Java language can also communicate to a program written in Java or non-Java socket program.

14 Socket Communication A server (program) runs on a specific computer and has a socket that is bound to a specific port. The server waits and listens to the socket for a client to make a connection request. server Connection request port Client

15 Socket Communication If everything goes well, the server accepts the connection. Upon acceptance, the server gets a new socket bounds to a different port. It needs a new socket (consequently a different port number) so that it can continue to listen to the original socket for connection requests while serving the connected client. server port port Client port Connection

16 Sockets and Java Socket Classes
A socket is an endpoint of a two-way communication link between two programs running on the network. A socket is bound to a port number so that the TCP layer can identify the application that data destined to be sent. Java’s .net package provides two classes: Socket – for implementing a client ServerSocket – for implementing a server

28 Socket programming with UDP
UDP: no “connection” between client and server no handshaking sender explicitly attaches IP address and port of destination to each packet server must extract IP address, port of sender from received packet UDP: transmitted data may be received out of order, or lost application viewpoint UDP provides unreliable transfer of groups of bytes (“datagrams”) between client and server 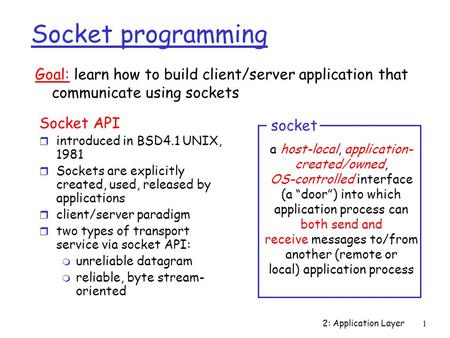 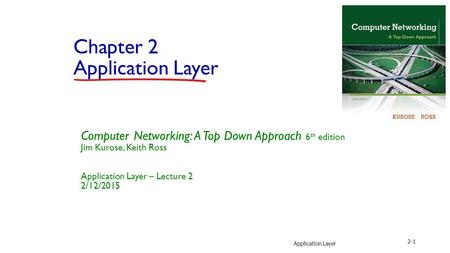 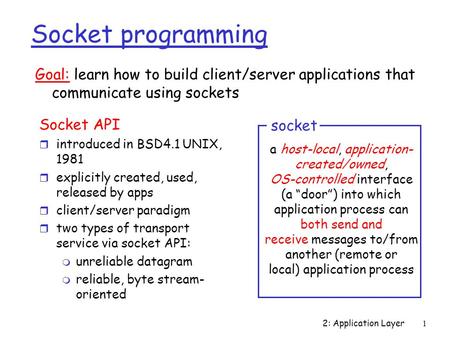 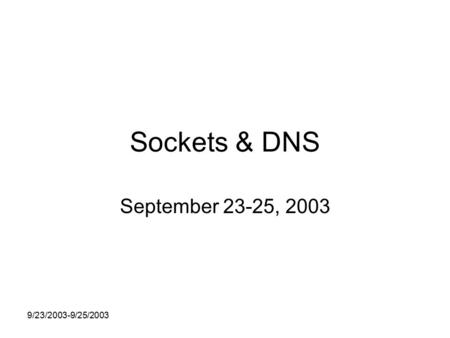 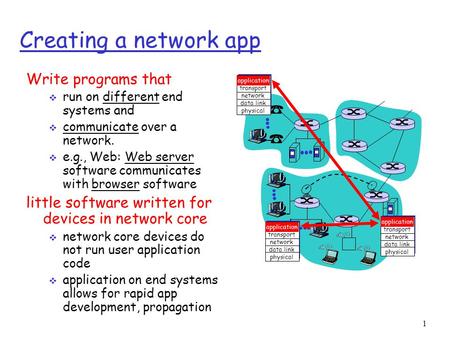 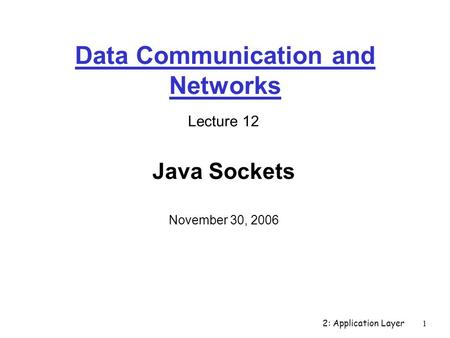 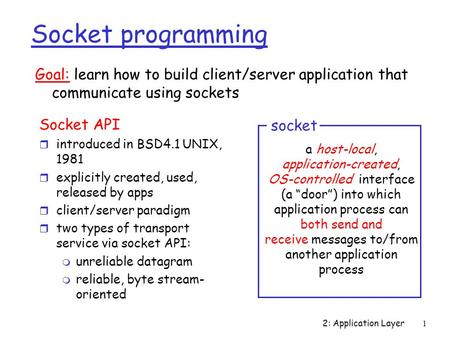 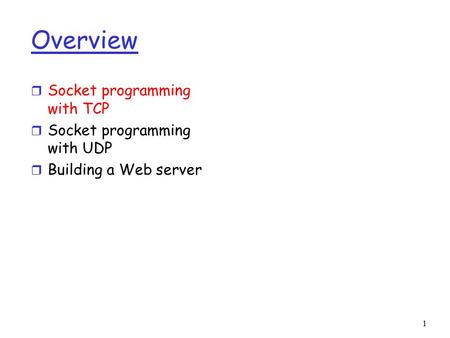 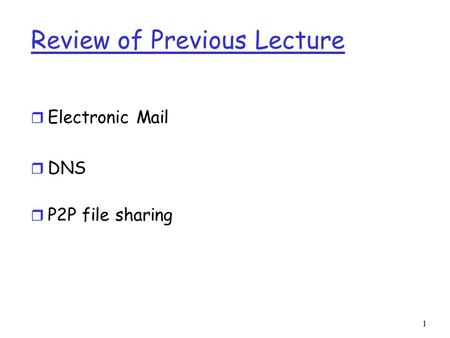 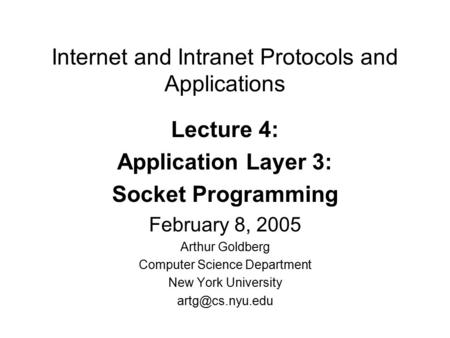 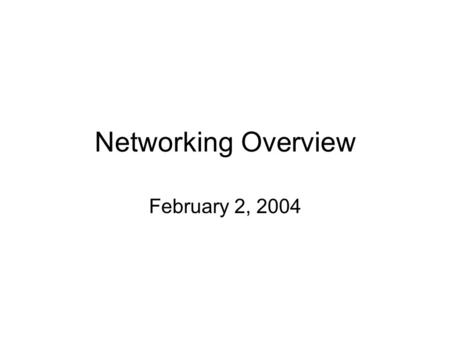 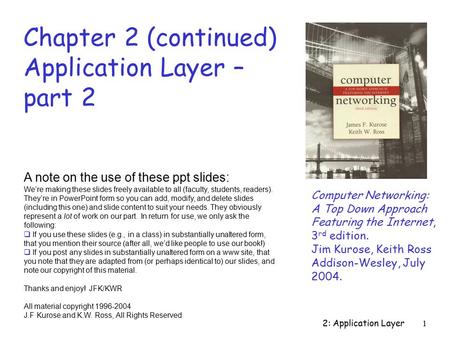 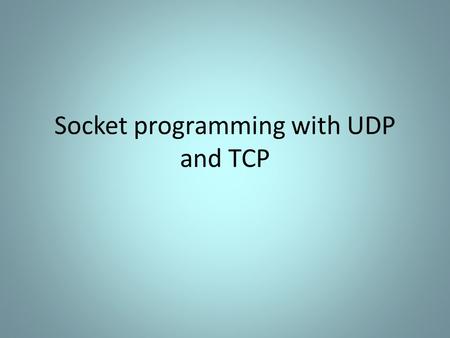 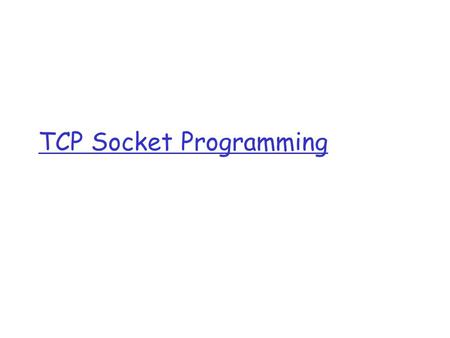 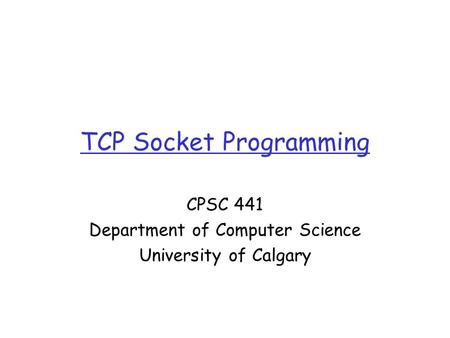 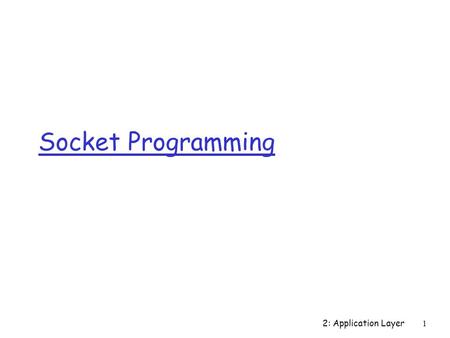 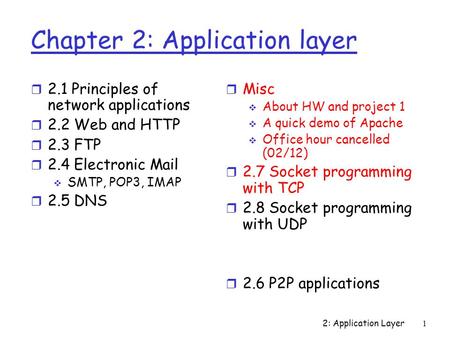 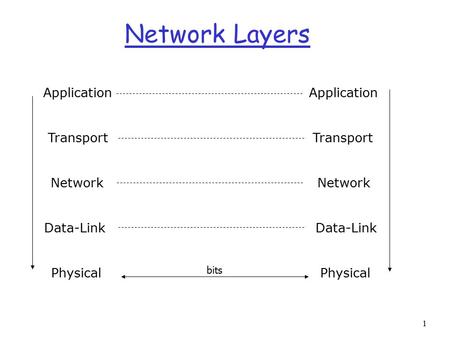 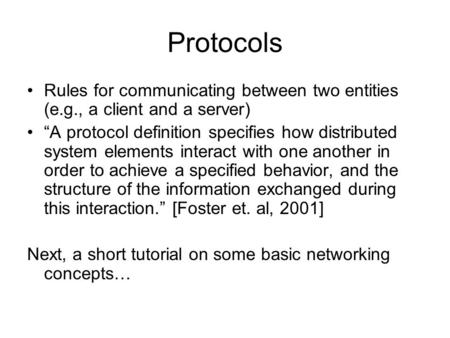 Protocols Rules for communicating between two entities (e.g., a client and a server) “A protocol definition specifies how distributed system elements interact. 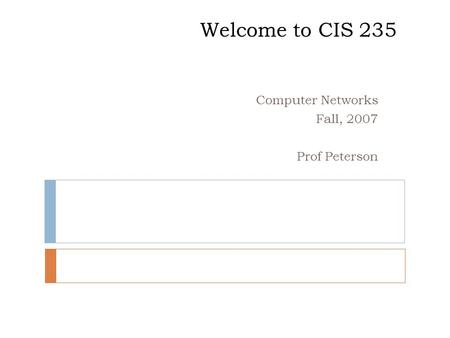