2 Unto the Frontiers of Ignorance
“I love the way this workshop starts off with things we understand fairly well and works up to the cutting edge of things we don’t understand at all” - Mike Neale, Oct 14, 2010

6 Technical Biases – Sequence Start
The initial bases of reads are highly biased, and the bias depends on RNA/DNA preparation

11 Different Platforms Have Different Biases
(Harismendy et al, Genome Biology, 2009) sequenced a section of 4 HapMap individuals on Roche 454, on Illumina, and on SOLiD 454 had most even coverage

15 Biases in Proportions Fragments compete for real-estate on the lane
If a few dozen genes are highly expressed in one tissue, they will competitively inhibit the sequencing of other genes, resulting in what appears to be lower expression

17 A Simple Normalization
Align the medians of the housekeeping genes, or the genes that are not expressed at very high levels in any sample, across the samples

18 A Simple Model for Counts
Poisson distribution of counts within a gene with mean proportional to Np SD of variation equal to square root of Np Problem: Actual variation of counts between replicate samples is significantly higher than root Np Probably reflecting systematic biases

20 Alternate Transcripts: Splicing Index
For each exon, the proportion of transcripts in which the exon appears Hard to estimate because different exons have different representation probabilities Use ratios of exons Use constitutive exons (if known) as baseline: for them SI=1 from Wang et al, Nature, 2008

22 Splicing: Junction Reads
Some reads will span two different exons Need long enough reads to be able to reliably map both sides Can use information from one exon to identify gene and restrict possibilities for 5’ end other exon from Wang et al NAR 2010

25 A View of ChIP-Seq Data Typically reads are quite sparsely distributed over the genome Controls (i.e. no pull-down by antibody) often show smaller peaks at the same locations Probably due to open chromatin at promoter Rozowsky et al Nature Methods, 2009

26 Always Have a Control High correlation between peaks in control samples and peaks in ChIP sample Must subtract estimate of background from control tags From Zhang et al, Genome Biol 2008 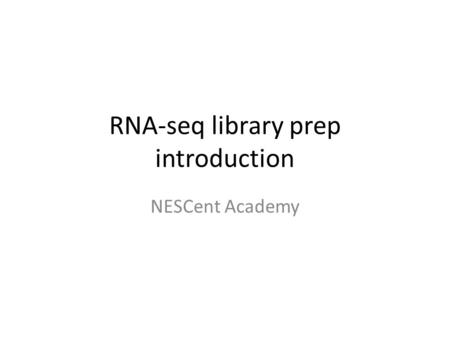 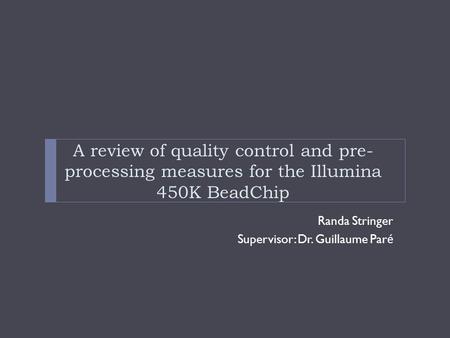 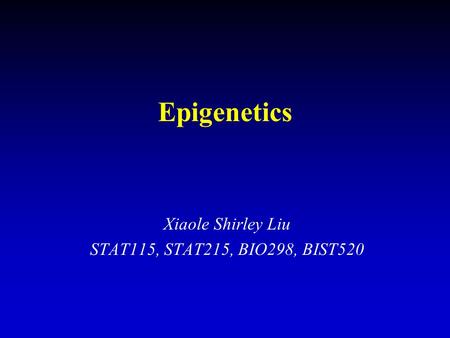 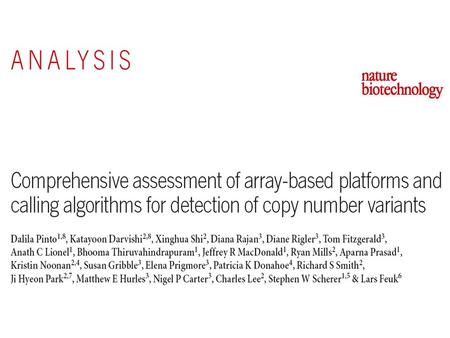 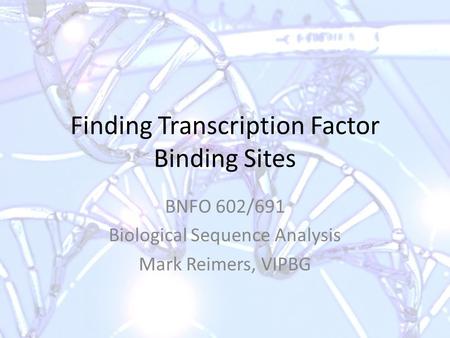 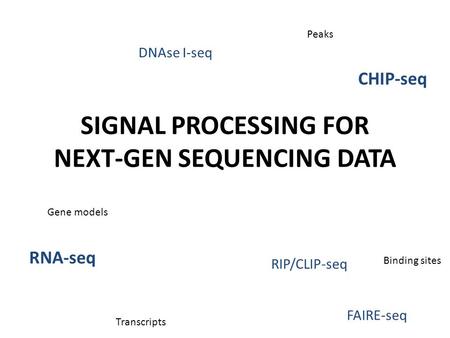 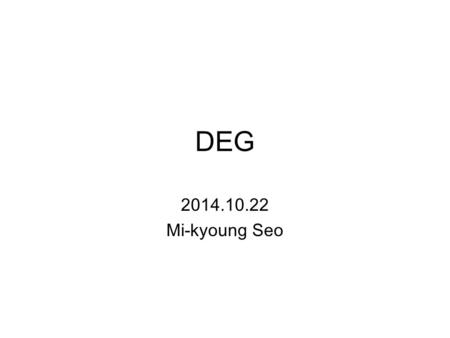 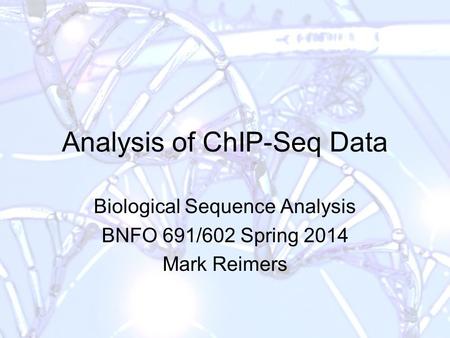 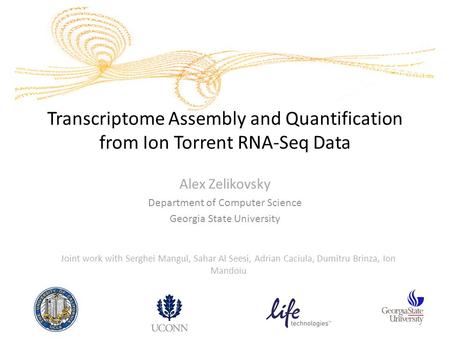 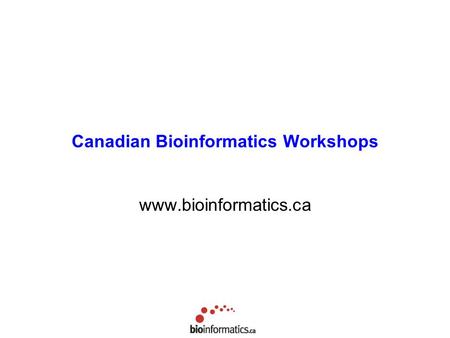 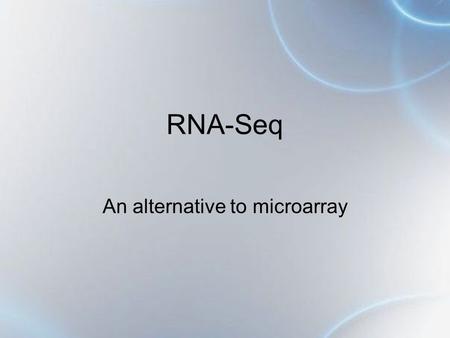 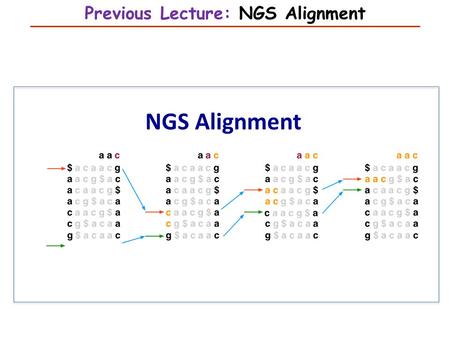 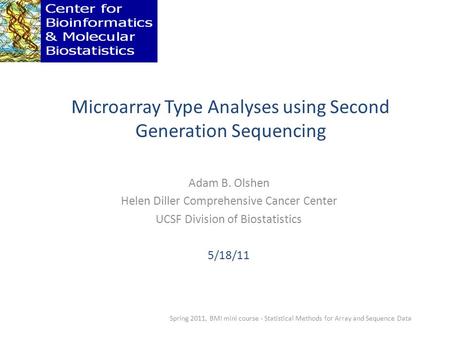 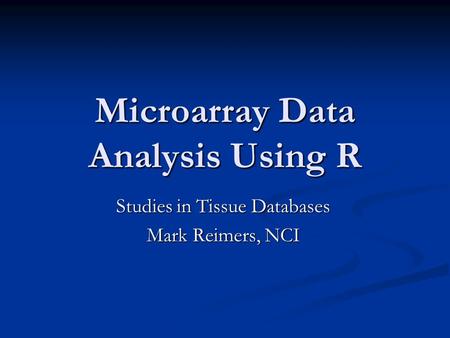 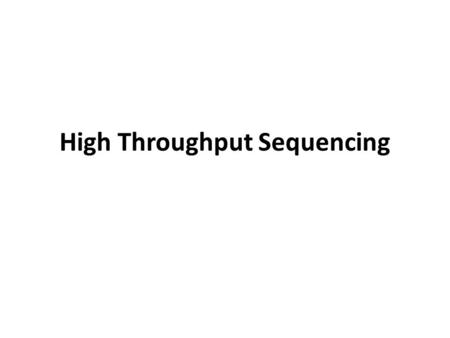 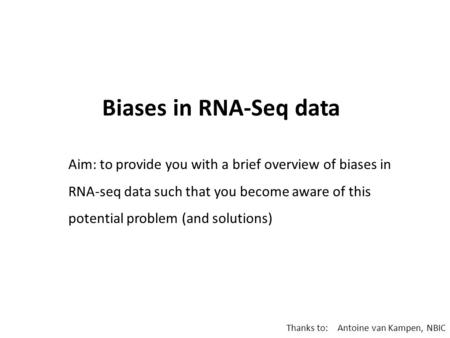