2 1. Who are the figures in this painting?
At the center of this painting is the image of Virgin Mary; her holiness is highlighted by the beams of light emanating from her while her innocence and piety are highlighted by her folded hands and rosary beads. At the top of the image, angels look down on the scene. The male head above Mary looks like Jesus at first, but the fact that he is holding the fabric with the adorned image of the Virgin suggests that this may be the indigenous peasant Juan Diego, who had the apparition of the Virgin Mary in Guadalupe in To the left and the right of Mary’s image sit two women; the one on the left seems to be making a cross on her chest. Both the woman in the lower-left corner and the man have notably darker skin. 2. Which elements of this image illustrate the blending of Spanish Catholicism with indigenous culture? The woman in the bottom left seems to be wearing a traditional native dress and hat. Both shields of the women include references to the natural world of the Americas. The dark tone of the male figure’s skin suggests he may be Juan Diego; the fact that is he positioned on top of the image with an expression of saintly grace is a clear illustration of the adaptation of Spanish Catholicism into native identity.

3 I. The Globalization of Christianity
A. Western Christendom Fragmented: The Protestant Reformation 1. Martin Luther 2. The power of the written word 3. Wars of Religion 4. Counter-Reformation I. The Globalization of Christianity A. Western Christendom Fragmented: The Protestant Reformation 1. Martin Luther: German priest who combined widespread criticism of Roman Catholic hierarchy and corruption with a theological message that faith—not works, acts, or rituals—was the path to salvation. Most Protestant movements offered little agency for women and in some cases even limited women’s participation in the church. 2. The power of the written word: Luther and others emphasized common people reading the Scriptures in their own language, not priests interpreting the Latin texts for the masses. Combined with the new technology of the printing press, Luther’s message spread throughout Europe in the form of pamphlets. 3. Wars of Religion: Intense popular religious disputes led to cases of popular unrest and mob violence in France and Germany. Many political actors (kings & other nobility) found common cause with Luther’s theological revolt against Rome. As religious, political, and economic tensions became intertwined, peasant revolts broke out in the German lands in the 1520s, Catholic-Huguenot violence tore France apart from 1562 to 1598, and finally the Thirty Years’ War (1618–1648) pitted the Roman Catholic Church and the Holy Roman Empire against Protestant kings and princes throughout Europe who sought independence from Rome and the Emperor. While the Peace of Westphalia brought an end to the fighting and established the modern state system in Europe, it recognized the end of Catholic religious unity in the continent. 4. Counter-Reformation: Faced with widespread revolt, the Roman Catholic Church called the Council of Trent (1545–1563) to reaffirm its authority over doctrine and ritual. While there was an effort to end corrupt and abusive practices, the church took a hard line against heresy and dissent, approving militant orders such as the Society of Jesus.

4 1. Who are the figures in this painting, and what are they doing?
On the left are six men in plain and modest black robes carrying books; they are holding a giant quill, which they seem to be positioning on the door of a fairly modern-looking building. On the right we see five men, two in more elaborate dress. They stand below a figure in bed, probably with illness. The columns and arches of the building on the right suggest an antiquated legacy, and the scene within the structure seems to suggest the various abuses and ailing nature of the Roman Catholic Church. 2. Why do you think the men on the left are carrying a giant quill? The giant quill is supposed to represent the large support for Martin Luther and the Ninety-five Theses he posted on a church door in Wittenberg, Germany, in 1517. 3. Why do you think the artist put a white swan at the center of the painting? This might be the artist’s effort to illustrate the origin of the giant quill and the broad support for religious reform, implying that the call for reformation has its roots in the grace of God’s creation. 4. What seems to be happening in the background? The sky in the background of the painting appears to be showing the light of heaven. This may imply that the painter believed that the Reformation sparked by Luther was supported and approved of by God.

8 I. The Globalization of Christianity
C. Conversion and Adaptation in Spanish America 1. Conquest and Conversion 2. Resistance and Revival 3. Gender in a changing culture 4. Syncretism: Huacas and Saints I. The Globalization of Christianity C. Conversion and Adaptation in Spanish America 1. Conquest and Conversion: The spectacular collapse of the Aztec and Incan empires led many Spanish and indigenous people to believe that the god of the Christians must be stronger than the traditional gods of the Americas. Millions converted and were baptized throughout the New World. While this was nothing new as conquest in the Americas had long been associated with the right to impose the conquerors’ pantheon of gods, the intolerance of the monotheist Iberians (seen in their refusal to recognize the existence of pagan deities or allow local rituals) was a break with precedent. 2. Resistance and Revival: In response to foreign conquest, resistors often used the revival of pre-Hispanic religious tradition as a method of mobilization. In Peru in the 1560s, the Taki Onqoy (dancing sickness) movement including traveling teachers and performers who promised that the Andean gods would inflict illnesses upon the Spanish and restore the old order. 3. Gender in a changing culture: As the institutions of the Catholic church offered few opportunities for women to assume roles of leadership and authority, indigenous American women who had once served as priestesses found themselves forced out of spiritual roles in the new society. That said, the popular veneration of the Virgin Mary spread rapidly through the Americas as it resonated with notions of Divine Motherhood. 4. Huacas and Saints: Syncretism was the religious blending of Iberian and indigenous traditions. Throughout the Spanish colonies, aspects of Catholicism such as the cult of various saints fused with local traditions, rituals, and spiritual figures such as the Andean huacas or gods. The result was a Mexican or Andean variant of Christianity that showed clear distinctions from Christian practices and patterns in Spain.

13 II. Persistence and Change in Afro-Asian Cultural Traditions
C. India: Bridging the Hindu/Muslim Divide 1. Bhakti 2. Mirbai (1498–1547) 3. Guru Nanak (1469–1539) and Sikhism II. Persistence and Change in Afro-Asian Cultural Traditions C. India: Bridging the Hindu/Muslim Divide 1. Bhakti: This Hindu movement broke with the elite ceremonies of Brahmanism and encouraged lower castes to engage in rituals, dances, songs, and prayers that would allow union with the divine. Appealing especially to women, its followers disregarded caste and engaged in social criticism of inequality. 2. Mirbai (1498–1547): A popular bhakti poet, this high-caste northern Indian woman rejected caste privilege and distinction as well as rituals. She refused sati (widow burning) on her husband’s death and took an untouchable shoemaker as a guru. Her poems focused on union with the divine in the form of Lord Krishna, a prominent Hindu deity. 3. Guru Nanak (1469–1539) and Sikhism: Coming out of the Bahkti movement, Guru Nanak rejected Hindu ritual and Islamic law, claiming that “there is no Hindu; there is no Muslim; only God.” His monotheistic faith sought a union of all mankind and attracted peasants and merchants from both faiths, primarily in the Punjab. The Guru Granth (“teacher book”) became the sacred text, and the Golden Temple at Amritsar became Sikhism’s central site. Sikh men adopted distinct dress, including long hair and beards, a turban, and a short sword. Faced with attacks from the Mughal Empire, the Sikh community developed a militant sect (later prized by the British empire as an elite fighting force).

19 IV. Reflections: Cultural Borrowing and Its Hazards
Early modern ideas today Religious borrowing Conflict and accommodation in cultural borrowing IV. Reflections: Cultural Borrowing and Its Hazards A. Early modern ideas today: Survival of various ideas from the early modern era: Western Hemisphere solidly Christian and Wabbhi Islam dominates Saudi Arabia. B. Religious borrowing: Christianity in the Philippines, Siberia, and Native American communities, Islam in Asia and Africa, and Sikhism’s roots in Islam and Hinduism all illustrate the significance of religious borrowing. Yet, borrowing was not always absolute as some converts to Islam or Christianity did not adopt the absolute monotheism of these faiths. C. Conflict and accommodation in cultural borrowing: Many cases of cultural borrowing could produce serious conflict such as moments of rejecting the outside influence as with the Taki Onquy in Peru and Chinese and Japanese intolerance of Christina missionaries. Sometimes conflict could arise when one power wanted to be sure the culture doing the borrowing did so in an orthodox manner. Yet also common are examples of borrowing where accommodations were made between existing and newly arrived traditions as seen in the Native American identification of Catholic saints with local gods. 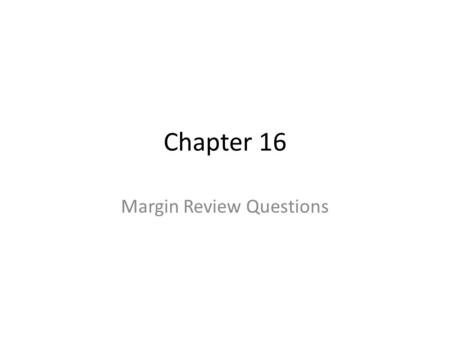 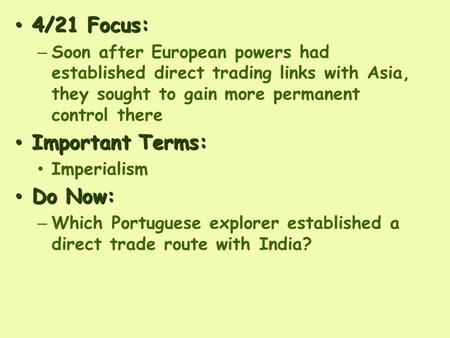 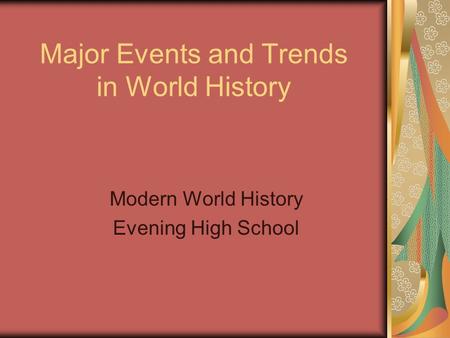 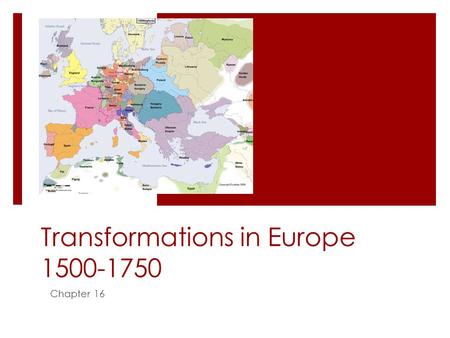 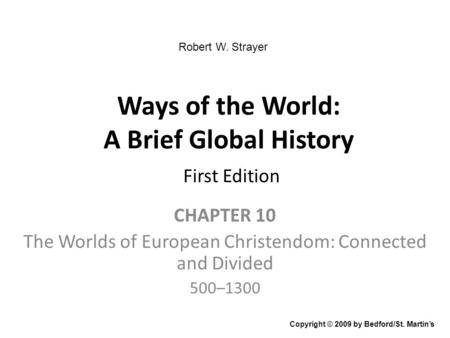 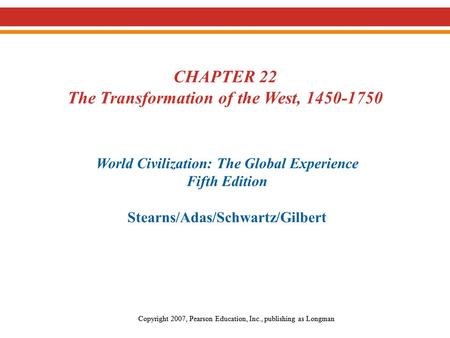 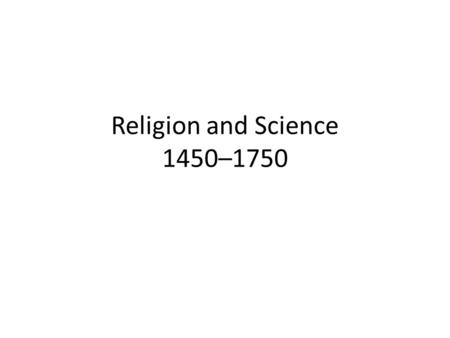 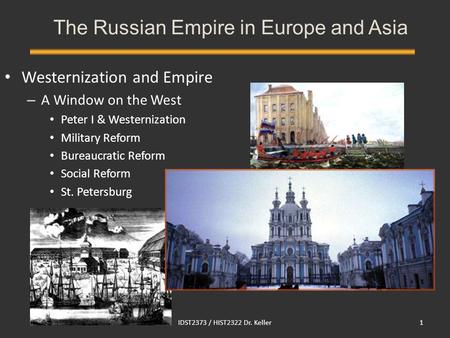 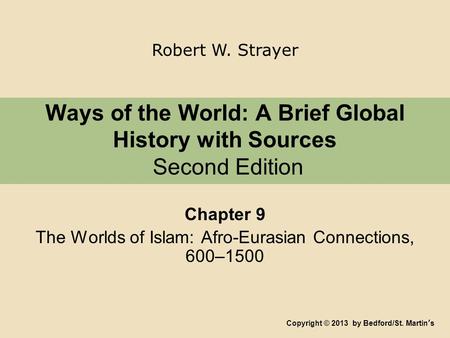 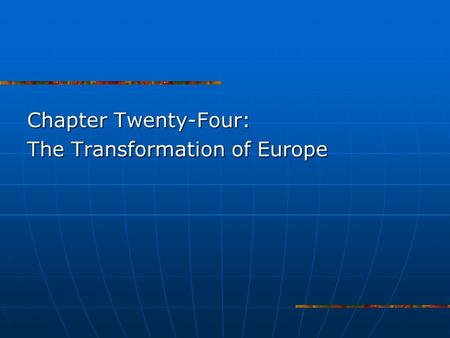 Chapter Twenty-Four: The Transformation of Europe. 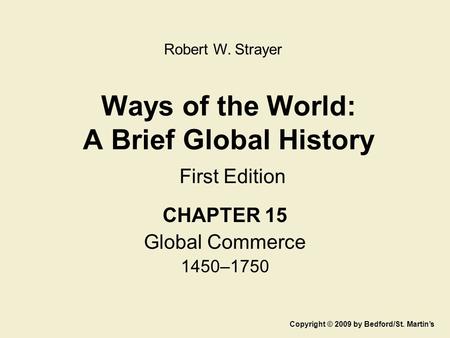 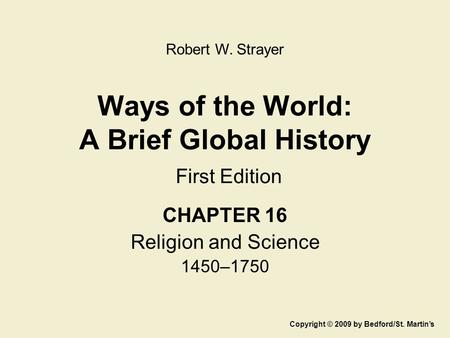 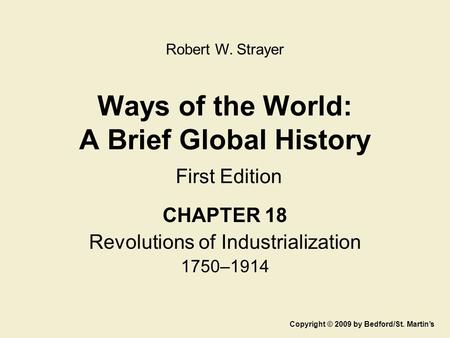 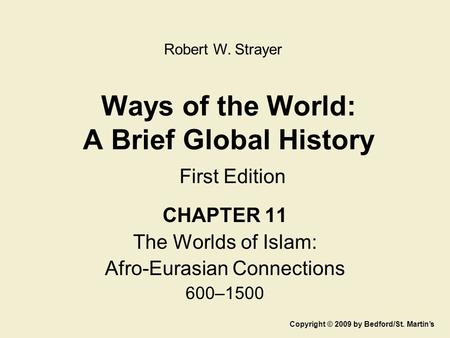 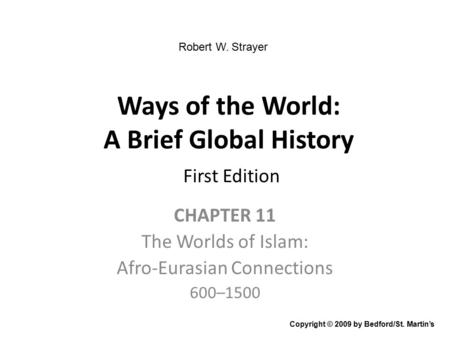 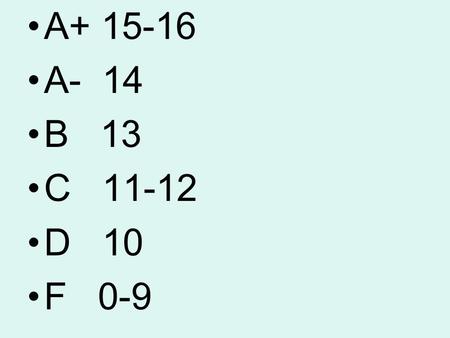 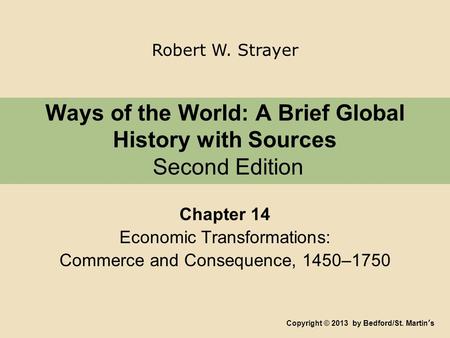 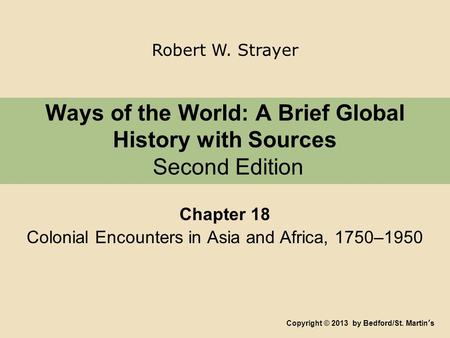 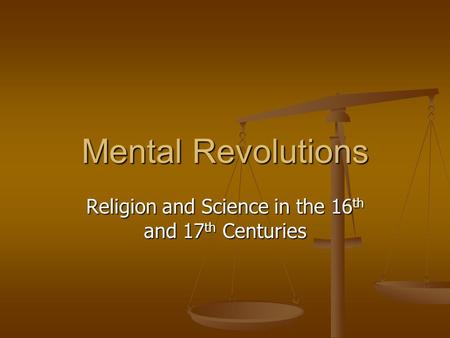 Religion and Science in the 16th and 17th Centuries 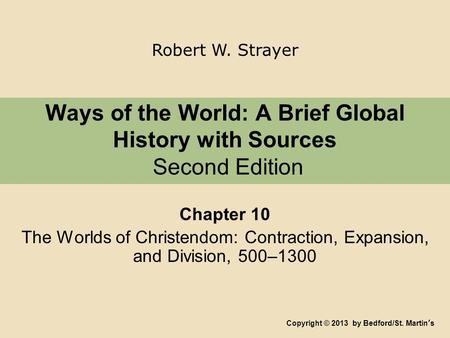