2 1. Who are the individuals depicted on this tobacco label, dating from around 1700? (Answer: In the foreground are three Virginia tobacco planters. In the background are three African slaves, working the tobacco field.) 2. What does this image suggest about the lives of Virginia’s tobacco planters at the beginning of the eighteenth century? (Answer: Their fancy clothes, wigs, and shoes suggest that these three planters are wealthy. They appear to be relaxing in the shade and enjoying tobacco from their fields, suggesting that they reap the benefits of tobacco cultivation without having to do the work themselves. This notion is confirmed by the fact that African slaves are seen performing the labor of tobacco cultivation in the background.) 3. What does this label tell us about the economic relationship that existed between Virginia and England in 1700? (Answer: The label, which was affixed to tobacco imported to London, clearly states that its origin was “London’s Virginia.” The label demonstrates that Virginia was a British economic satellite: that its colonists produced the tobacco sold in England and consumed English products such as wigs, cloth, buttons, buckles, etc.)

3 I. Colonies to Empire, 1660–1713 A. The Restoration Colonies and Imperial Expansion 1. The Carolinas 2. William Penn and Pennsylvania I. Colonies to Empire, 1660–1713 A. The Restoration Colonies and Imperial Expansion (Charles II (r. 1660–1685): following restoration of the monarchy in 1660, England sought greater control over its colonies.) 1. The Carolinas – Proprietorships; land in this region owned by aristocrats; these men could rule as they wished within English law; Fundamental Constitutions of Carolina (1669) called for a manorial system with serfs and nobles not unlike traditional European society; first North Carolina settlers were poor families and runaway servants from Virginia and English Quakers; in South Carolina, white settlers arrived from Barbados and worked to create a hierarchical society with enslaved African and Indian workers. 2. William Penn and Pennsylvania – 15,000+ settlers in 17th century; good relations with native peoples gave rise to prosperity; colony bestowed to Penn as payment for debt; envisioned a refuge for his fellow Quakers (persecuted in England for tax and military resistance); doctrine was based on an “inner light” of grace or understanding in men and women; gender equality; Penn’s Frame of Government (1681) linked the teachings of Quakerism to the politics of the colony: no state church, political equality for all who owned property; ethnically diverse as a result of Penn’s encouragement of religious tolerance.

4 I. Colonies to Empire, 1660–1713 B. From Mercantilism to Imperial Dominion 1. The Navigation Acts 2. The Dominion of New England I. Colonies to Empire, 1660–1713 B. From Mercantilism to Imperial Dominion 1. The Navigation Acts – The Navigation Act of 1651 excluded Dutch and French vessels by declaring ships that carried material goods from the colonies must be owned by English or colonists; additional acts in 1660 and 1663 required that sugar and tobacco be exported only to England; imports to the colonies could only come through England. Policies were backed by the English navy who forcibly drove the Dutch out of the Atlantic; colonists had been ignoring mercantilist laws and maintaining trade relations with the Dutch; English cracked down on colonies by denying the Massachusetts Bay claim to New Hampshire; in 1684, the Massachusetts Bay charter was annulled as punishment. 2. The Dominion of New England – King James II was an aggressive and inflexible ruler; in 1686, the charters of Connecticut and Rhode Island were revoked and merged with Massachusetts Bay and Plymouth to form the Dominion of New England; New Jersey and New York were added in James placed in charge of New England a former military officer named Andros who banned town meetings from New England and advocated public worship in the Church of England, offending the Puritans; Andros also invalidated all land titles granted by the original Massachusetts Bay charter. He offered to provide new deeds, but only if the colonists would pay an annual fee. 4

10 II. Imperial Wars and Native Peoples
A. Tribalization 1. Decline and reorganization 2. Political strategies II. Imperial Wars and Native Peoples A. Tribalization 1. Decline and reorganization – As imperial conflicts came to North America, Native Americans adapted to the demands imposed upon them by European settlers. Some new tribes, like the Catawbas, came together from remnants of formerly large groups. Other nations, like the Iroquois, declined in numbers but sustained themselves by adopting war captives; fragmented communities came together into new coherent “tribes” (e.g., the “Creek” Indians) to deal more effectively with their European neighbors. 2. Political strategies – Imperial wars threatened Native Americans but also gave them newfound leverage. The Iroquois devised a new strategy for playing French and English interest off of one another; in 1701, they made alliances with both empires, declaring their intention to remain neutral. The Covenant Chain soon became a model for relations between the British Empire and Native American peoples in general. 10

11 II. Imperial Wars and Native Peoples
B. Indian Goals 1. Creeks 2. Mohawks and Abenakis III. Imperial Wars and Native Peoples B. Indian Goals 1. Creeks – Sought to become the dominant tribe in the Southeast; destroyed Franciscan missions in Florida, attacked Spanish settlement at Pensacola, and captured a thousand Apalachees, whom they sold to South Carolina slave traders for sale in the West Indies. In 1715, when English settlers demanded payment for trade debts, the Creeks and Yamasees revolted, killing 400 colonists before being overwhelmed by the Carolinians and their new Indian allies, the Cherokees. 2. Mohawks and Abenakis – Received French aid and turned against Puritan enemies. In 1704, they attacked English settlements in Maine; killed 48 and captured 112 residents of Deerfield, Massachusetts. In 1710, New England militia joined with British naval forces to seize Port Royal in French Acadia but failed miserably in attack against the French stronghold at Quebec.

12 III. The Imperial Slave Economy
A. The South Atlantic System 1. England and the West Indies 2. The Impact on Britain III. The Imperial Slave Economy A. The South Atlantic System (System centered in Brazil and West Indies with sugar as primary product; Europeans provided tools and equipment; slave labor made the plantations productive and profitable.) 1. England and the West Indies – English began plantation economies in its West Indian colonies later than other nations; initially, early settlers had small-scale farms with indentured servants. After 1650, production of sugar changed Barbados and the other islands into slave-based plantation societies; wealthy men owned large sugar plantations with scores of slaves. Sugar was the most profitable crop in Europe or the Americas. 2. The Impact on Britain – Huge profits flowed into Britain from the slave trade. Guns, iron, rum, and cloth were traded for slaves who produced far more profit than they had cost; slaves sold in the West Indies for three to five times what they cost in Africa; the sugar production/slave trade commerce stimulated all aspects of British economy, including the Royal Navy.

18 1. What was the Middle Passage that is depicted in these two images
1. What was the Middle Passage that is depicted in these two images? (Answer: The Middle Passage was the journey African slaves endured on the ships that brought them from Africa to the New World. The ships were notoriously overcrowded and filthy, and the mortality rate among Africans on the journey was quite high). 2. How does the image on the right differ from the one on the left? Why might the artist have painted the scene in this way? (Answer: The image on the right is painted as if the artist were there in the ship’s hold, whereas the other is a cutaway aerial view. The conditions are far from comfortable, but the African passengers do not look miserable, sick, or malnourished. The artist, a ship’s officer, might have been seeking to minimize the brutality of the trip.) 3. What is the source of the image on the left? Do you think it was intended to convey a particular message, or not? (Answer: The image on the left was the actual plan for a Liverpool slave ship designed to hold 482 Africans packed in very tightly. It was created to be informational—to show how shippers could utilize the space to transport as many Africans as possible. The image was printed by England’s Abolitionist Society to show the inhumanity of the slave trade and slavery itself. Though it does not show sickness, filth, or starvation, it clearly conveys the difficult conditions the African passengers endured.)

21 III. The Imperial Slave Economy
D. An African American Community Emerges 1. Building Community 2. Resistance and Accommodation 3. The Stono Rebellion III. The Imperial Slave Economy D. An African American Community Emerges 1. Building Community – Planters desired ethnically diverse Africans as a deterrent to slave revolts; numerous African languages were spoken in early years of slavery; some planters had preferences, believing that slaves from certain areas of Africa were harder workers. Friendship and marriages across ethnic lines blurred the clan or family affiliations that Africans brought; common language helped grow sense of community among slaves (Gullah or English or French); values (Muslim and other religious beliefs) continued while cultural practices such as ritual scarring (“country markings”) began to disappear. 2. Resistance and Accommodation – Slaves were denied education, accumulation of material possessions, and the right to associate with others; punishments included whipping and other forms of physical torture (removal of toes); white violence was lower in the northern colonies where there were fewer slaves; poor whites were hired to patrol southern colonies at night for runaway slaves. Slaves resisted in various ways: running away, bartering for extra food and privileges, working slowly, or stealing. Outright rebellion was very rare. 3. The Stono Rebellion – In 1739, South Carolina saw the largest slave uprising in the mainland colonies. The Catholic governor of Spanish Florida instigated the revolt by promising freedom to runaway slaves; groups began fleeing to Florida. When war broke out between England and Spain, 75 Africans led a revolt near the Stono River. A well-armed, mounted force of South Carolina militia quelled the Stono rebels by killing 44 slaves to suppress the rebellion. Frightened South Carolinians cut slave imports and tightened plantation discipline.

24 1. Who are the subjects of this painting. To what do the images refer
1. Who are the subjects of this painting? To what do the images refer? (Answer: The white man in each of the two images represents a southern planter and slave owner. The black woman is a slave, as is the black man. The images refer to slave owners’ sexual abuse of black women and their frequent physical abuse of their African slaves.) 2. What do we know about the artist? Why might he or she have elected to remain anonymous? (Answer: The artist did not sign the painting and remains anonymous. He or she was drawing attention to subjects that were not freely discussed—especially the sexual abuse of black women by white men—and the artist might have chosen to remain anonymous for that reason.) 3. What was the artist’s purpose in creating this image with this title? (The artist created the image to call attention to the ways slave owners mistreated their slaves, and also to critique and perhaps ridicule those practices. By titling the painting Virginian Luxuries, the artist made the location of the activity clear and also called attention to the inhumanity and hypocrisy of the slave system in which whites’ luxuries were essentially extracted from black men and women.) 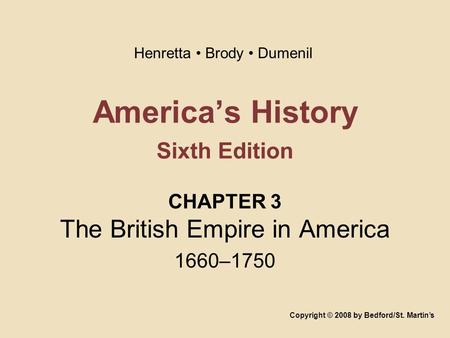 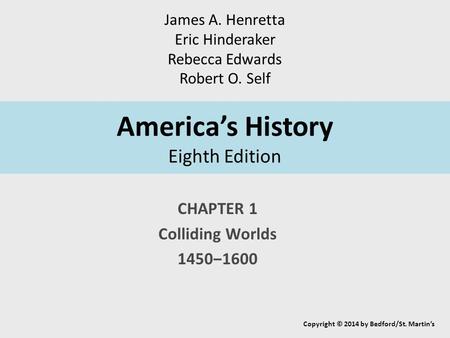 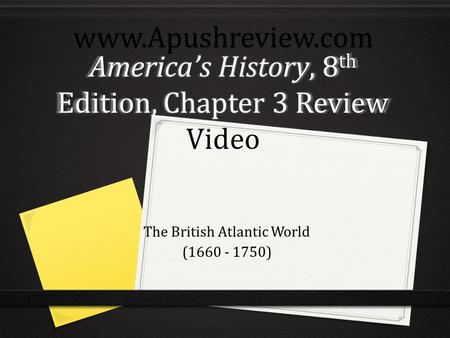 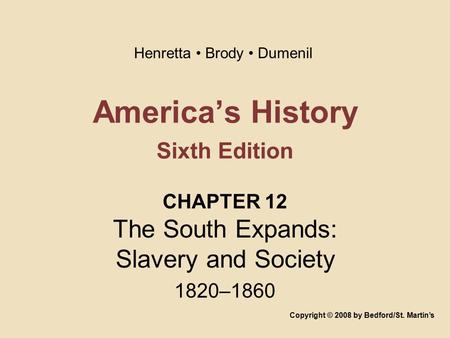 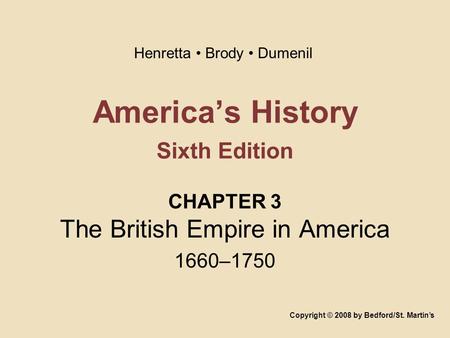 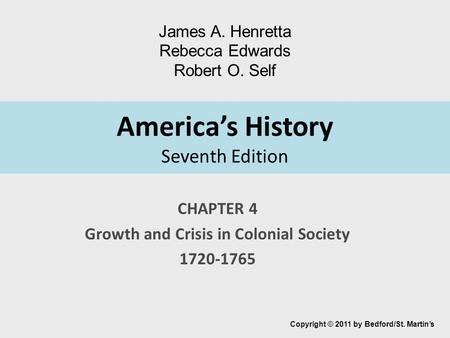