6 WHERE DO EARTHQUAKES OCCUR?

8 2. Pressure applied to rock can change the shape of a rock in a process called deformation. This can eventually break the rock. 3. A fault is a break in Earth's lithosphere where one block of rock moves toward, away from, or past another block. 4. The three main kinds of faults are strike-slip faults, reverse faults, and normal faults.

12 5. When rocks move in any direction along a fault, they release energy in the Earth’s crust in seismic waves. a. Seismic waves originate along the fault where rocks first begin to move. This location inside Earth is the focus of the earthquake. b. The epicenter of an earthquake is the location on Earth’s surface directly above the focus.

13 Lesson 1-2 The epicenter is the location on Earth’s surface directly above the earthquake’s focus.epicenter

14 C. Seismic Waves 1. The energy released during an earthquake is strongest near the epicenter. 2. An earthquake's energy travels in three kinds of seismic waves. a. Primary Waves (P-waves) cause particles in the ground to move in a push-pull motion similar to a coiled spring. b. Secondary Waves (S-waves) move rock particles side to side and up down at right angles to the direction that the wave travels. c. Surface Waves move the ground up and down and side to side, like an ocean wave.

19 D. Mapping Earth’s Interior 1. Scientists who study earthquakes are called seismologists. 2. Seismic waves travel at different speeds and in different directions, depending on the materials they travel through. 3. S-waves cannot travel through liquids, including Earth’s outer core.

20 4. Seismic waves slow down as they travel through hot material. From this information, scientists model convection currents in Earth's mantle. 5. A seismometer measures and records how much the ground moves and can be used to determine distance seismic waves travel. 6. A seismogram is a graphical illustration of seismic waves.

24 Lesson 1-4 Seismologists use a method called triangulation to locate an earthquake’s epicenter.

28 Lesson 1-5 The Modified Mercalli scale measures earthquake intensity based on descriptions of the earthquake’s effects on people and structures. 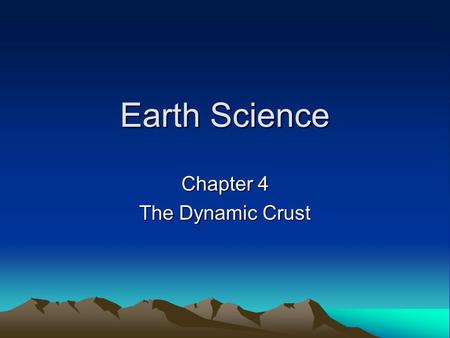 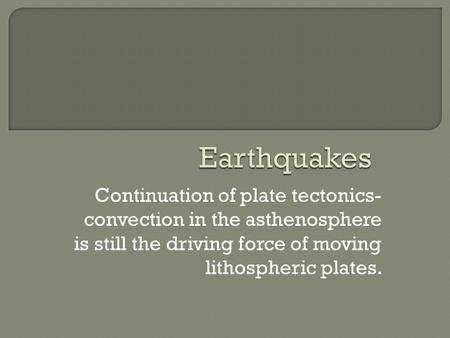 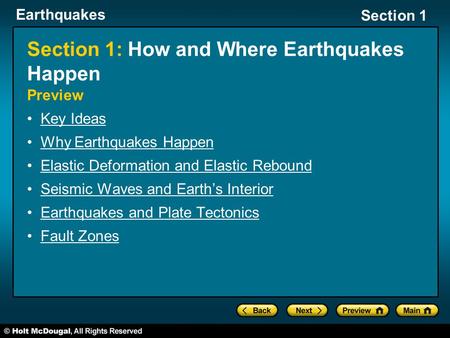 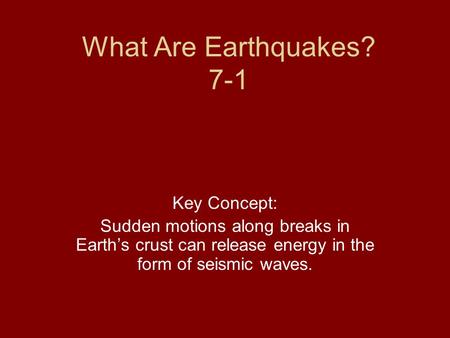 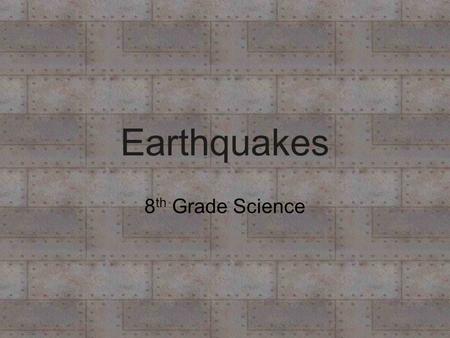 Earthquakes 8 th Grade Science Earthquakes - What are they? -Vibrations in the ground- result from movement along breaks in Earth’s lithosphere. -Faults.