4 There is potential for local recurrence and, rarely, distant metastasis.
Malignant adenomyoepithelioma of the breast is rare with around 30 cases reported in the literature Malignant change can be either a pure myoepithelial carcinoma or a combined malignant adenomyoepithelioma Adenomyoepithelioma of the breast is related to ductal adenoma and also shares resemblance to mammary pleomorphic adenoma (mixed tumor). Other histologic features that may be seen include sebaceous metaplasia, squamous metaplasia, apocrine metaplasia, central fibrosis and necrosis. The infiltrative appearance (as seen here) may be mistaken for invasive carcinoma in needle core specimens. 1. M. M. Hayes, “Adenomyoepithelioma of the breast: a review stressing its propensity for malignant transformation,” Journal of Clinical Pathology, vol. 64, no. 6, pp. 477–484, 2011. 2. H. Hamperl, “The myothelia (myoepithelial cells). Normal state; regressive changes; hyperplasia; tumors,” Current Topics in Pathology, vol. 53, pp. 161–220, 1970.

5 Metastases associated with these malignant tumours are usually haematogenous.
Axillary lymph node metastases are thought to be unusual. It has been recently suggested that axillary lymph node dissection is not indicated unless clinically palpable.

6 CASE A 63-years-old woman presented with a mass in the left breast.
A core biopsy showed intraductal papilloma with atypical hyperplasia (B3). This was removed by wide local excision. Grossly, the biopsy included two small greyish white soft nodules, each measuring 1 cm in diameter.

7 Microscopic examination
showed multiple intraductal papillary lesions. In some areas, the papillae were covered by a single layer of epithelial cells with underlying several layers of myoepithelial cells (positive for SMA, p63, and CD10) Diagnosed as adenomyoepithelioma.

11 The epithelial cells were ER negative and many were CK5 and 14 positive, indicating that they are basal-like rather than luminal type. Other areas of the lesion consisted of solid proliferation of a mixture of these epithelial and myoepithelial cells and showed abundant mitotic figures marked nuclear pleomorphism evidence of peripheral invasion.

14 A mastectomy was carried out with axillary lymph node sampling.
Pathological examination showed: a partly cystic and partly solid tumour measuring 7x4x4.5 cm, With similar features to those seen previously consisted of a mixture of epithelial and myoepithelial cells arranged in a benign adenomyoepithelioma fashion in some areas, which merged with areas showing malignant features as those described above with invasion of adjacent breast tissue.

19 Histological features of malignant transformation include
nuclear atypia increased mitotic activity necrosis, and infiltrative growth pattern. In our case, all these features were present, except for necrosis.

20 Malignant adenomyoepithelioma has the potential for distant metastases usually through hematogenous spread. These typically occur in lesions larger than 2 cm and in those with high-grade malignant component. Distal metastasis were described in upto 32% of cases Mets involved lungs, brain, soft tissues, liver, bone, and thyroid gland.

21 Axillary lymph node involvement in breast malignant adenomyoepithelioma is thought to be unusual.
Therefore, it has been suggested that axillary lymph node dissection is not indicated in these tumours unless there is clinically enlarged nodes. However, metastases to axillary nodes have been reported in 2 previous cases, in addition to the current case where no palpable lymph nodes were present. P. C. Chen, C. K. Chen, A. D. Nicastri, and R. B. Wait, “Myoepithelial carcinoma of the breast with distant metastasis and accompanied by adenomyoepitheliomas,” Histopathology, vol. 24, no. 6, pp. 543–548, 1994. V. S. Suresh Attili, K. Saini, K. C. Lakshmaiah, U. Batra, M. Malathi, and C. Ramachandra, “Malignant adenomyoepithelioma of the breast,” Indian Journal of Surgery, vol. 69, no. 1, pp. 14–16, 2007.

22 Conclusions We presented a case of a 63-years-old woman, who developed a malignant adenomyoepithelioma. She had axillary lymph node metastasis, that included epithelial and myoepithelial elements, in spite of the absence of clinically enlarged nodes. We suggest that histological examination of axillary sentinel nodes or node sampling may be worthwhile in this condition. 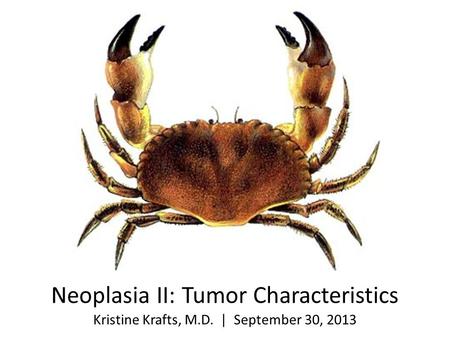 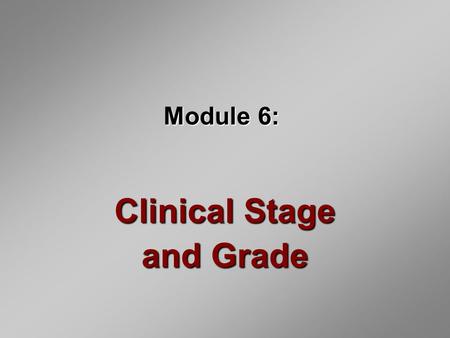 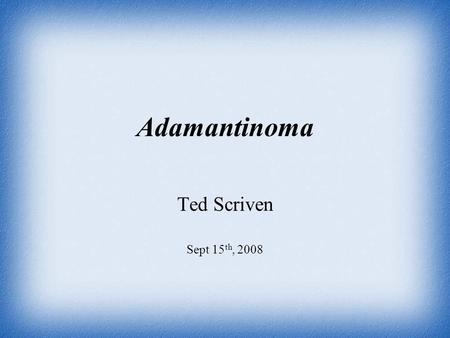 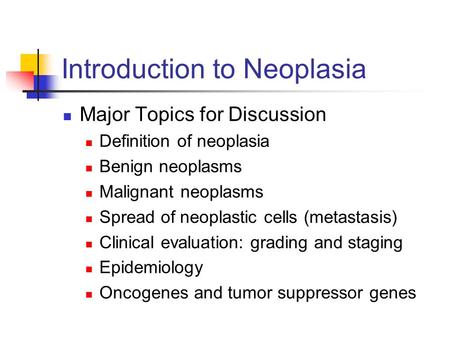 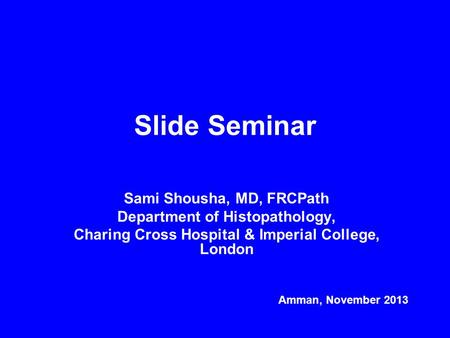 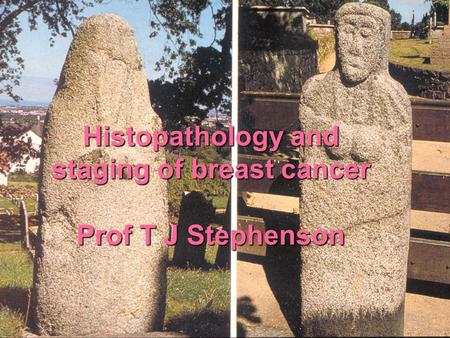 Histopathology and staging of breast cancer 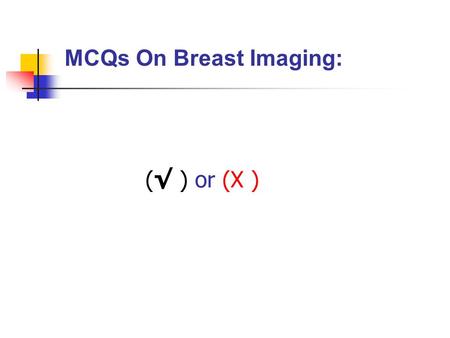 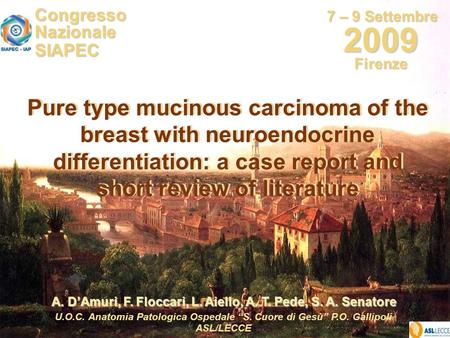 Pure type mucinous carcinoma of the breast with neuroendocrine differentiation: a case report and short review of literature A. D’Amuri, F. Floccari, L. 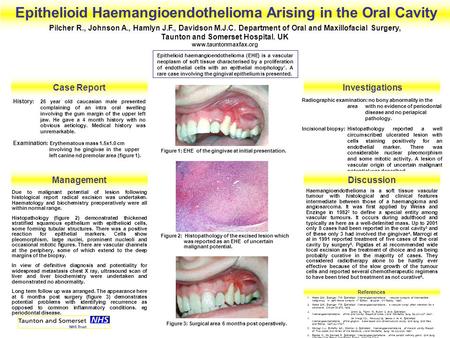 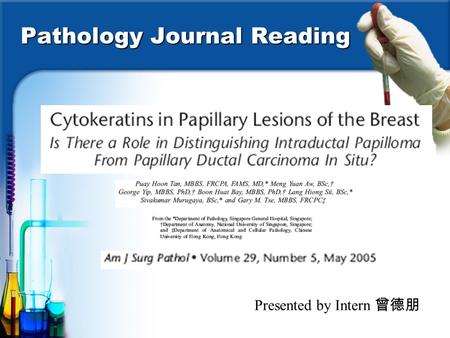 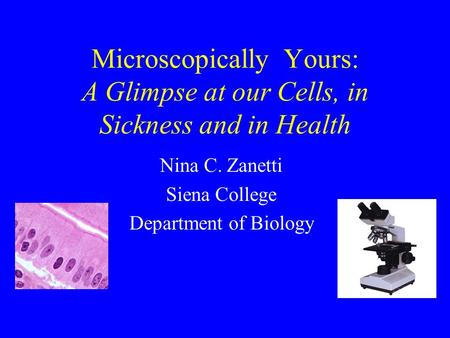 Microscopically Yours: A Glimpse at our Cells, in Sickness and in Health Nina C. Zanetti Siena College Department of Biology. 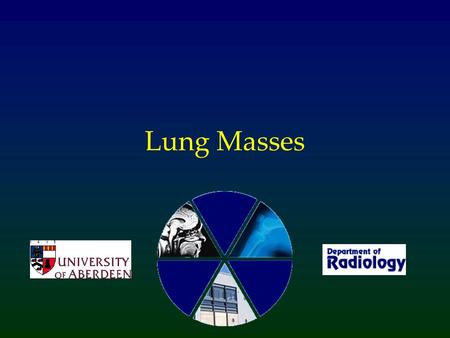 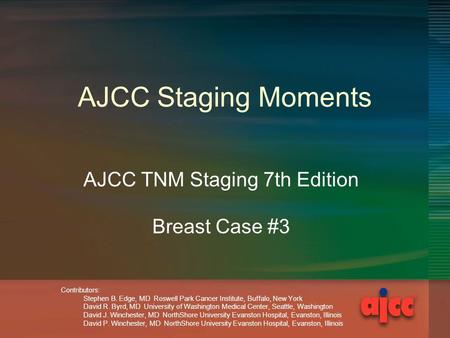 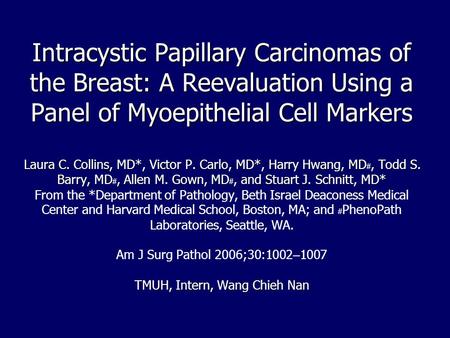 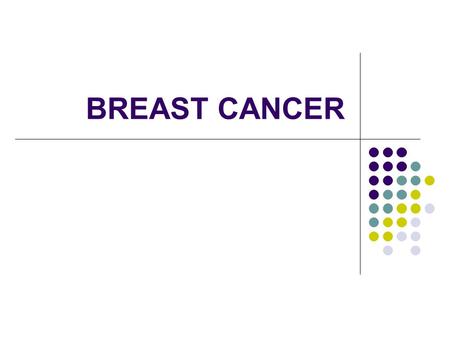 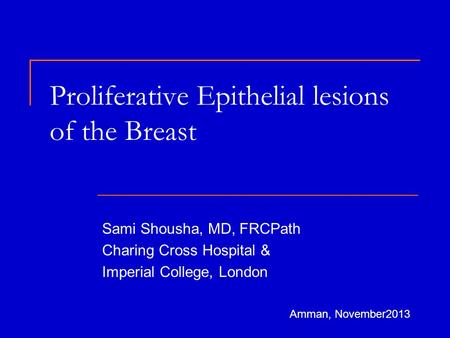 Proliferative Epithelial lesions of the Breast 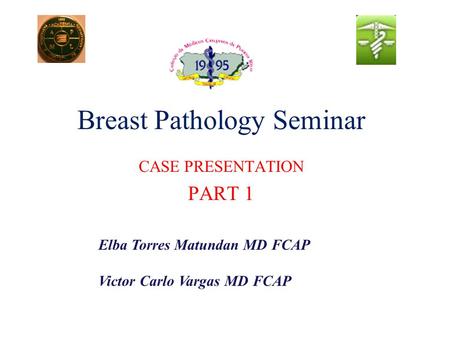 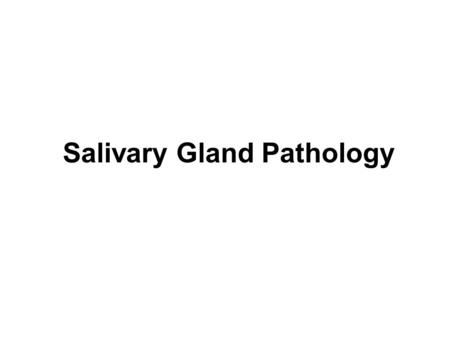 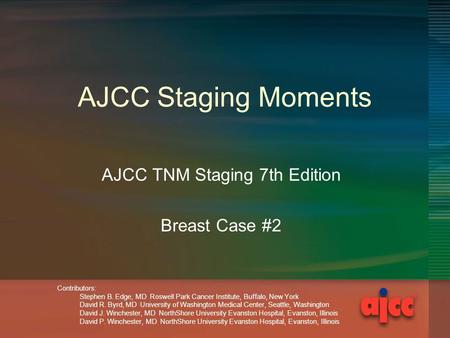 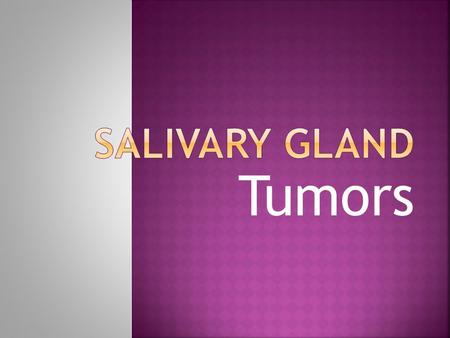