3 Reconstruction of Automobile Destruction: An Example of the Interaction Between Language and Memory

5 How accurate is our memory? Can it be influenced by mere suggestions? The following study will shed light into this fascination (and frightening!) topic “There are some things one remembers even though they may never have happened.” ― Harold Pinter

6 45 Students participated in groups of various sizes Students viewed seven films that showed a traffic accident Following the video, they were asked the same question using different words… “About how fast were the cars going when they (blank) each other?” Smashed40.8 Collided39.3 Bumped38.1 Hit34.0 Contacted31.8

7 The accidents depicted in the films were staged. The actual mean speed of the films were 37.7, 36.2, 39.7 and 36.1 mph. Two theories can be taken from the previous results: 1.The wording used in the question can form a bias that makes the person answering the question uncertain about what they saw. When they hear the word “smash” or “collided,” it makes them rethink their decision because of the definition 2.The wording actually makes the person believe and “see” the accident in a different way. The use of the word “smash” gives them an impression that the accident was more severe than originally seen

10 In conclusion, the study can demonstrate that just by mere suggestion, our impressions of an incident can change by the attachment of a verbal label Our memory can converge so that it recalls a single event. In the study, the person perceived the event. Then they gathered information from the external information supplied during the questioning process. One combined memory is then formed

13 Eyewitness testimony is often viewed as the “smoking gun” in a court case. However, given what we have already learned about the power of suggestibility, can we ever truly trust the testimony of someone who “saw it all?” “The truth is rarely pure and never simple.” ― Oscar Wilde

14 Loftus line of inquiry used by Loftus and colleagues Phase 1: Subjects view an event Phase 2: Subjects receive verbal information about event Phase 3: Subjects take a memory test about the event that asks about critical details of the event Loftus hypothesized that when new conflicting information is presented to the subject, it can overwrite and distort their original perceptions. New information can be news events, other people’s suggestions at what happened and implications in questions from police or reporters.

15 Their findings changed the idea from a dramatic memory distortion to the concept of poor testing methods They also implied that the subject was only changing their memory in order to please the person they were speaking with (who had the new, conflicting information) McCloskey and Zaragoza suggested an alternative theory to the misinformation effect They suggested that the new, conflicting information did not replace the old perception; it only overshadowed it

16 A source monitoring error occurs when a recovered memory from one source is wrongly attributed to a different source. This can happen for several reasons: The sources are very similar, and easily confused (for example, confusing statements from nurses who both have blonde hair) Things viewed or suggested before an event can actually be mistaken as part of the event itself A study were performed in which participants were verbally suggested things before witnessing an event When asked to recall the event, they recalled the verbally suggested events as if they had happened Zaragoza and colleagues observed that false memories are more likely to be formed if the subjects were told to visualize the post-event information

19 Although the subjects in the easy group were able to identify which information was true and which was false, their capability to recall specific details about the event was reduced. This is powerful evidence that misleading suggestions can damage an eye-witness testimony and their ability to recall an event correctly.

21 Reading 25 Do you feel that people can feel just as certain about false memories as they do accurate ones? Have you ever experienced a situation in which this is true? How can we encourage the people we work with (as professionals, or even personally) to recall events accurately? Reading 26 During a court case, there are often things that are stricken from the record (but are still said aloud in front of the jury). Do you think this still influences the decision the jury may make? If so, how can it be corrected? 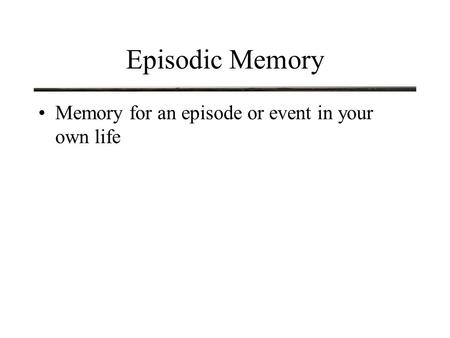 Episodic Memory Memory for an episode or event in your own life. 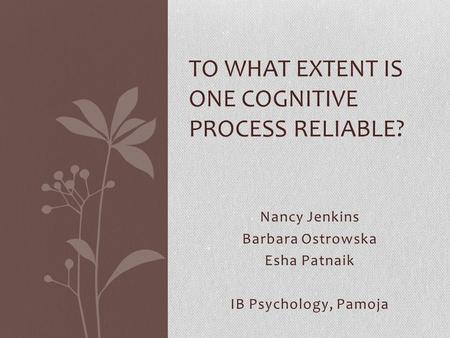 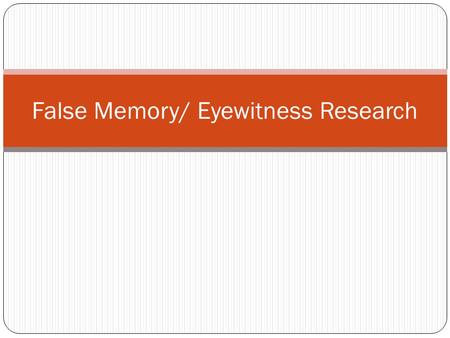 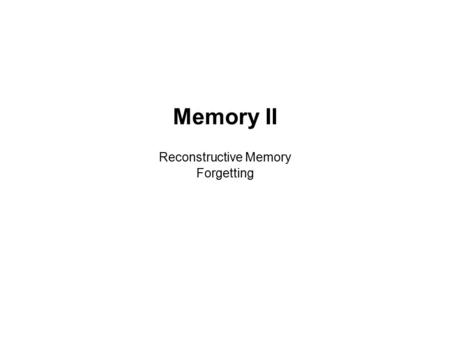 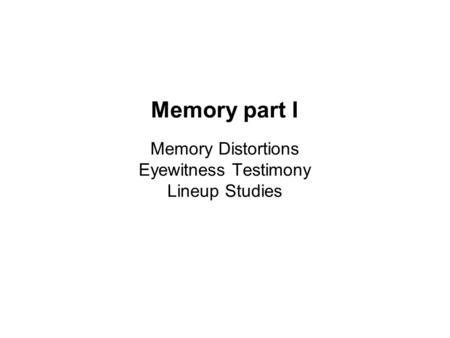 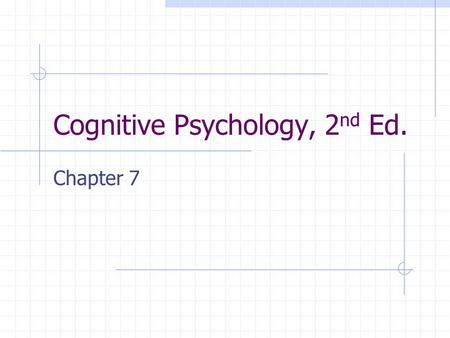