Presentation on theme: "To what extent has Canada affirmed collective rights?"— Presentation transcript:

2 Introduction Bonjour! Comment ça va?
For many Canadians, this is easily recognizable as French. In Canada, French and English are the two official languages and are treated with the equal rights and privileges as guaranteed by the Charter of Rights and Freedoms. This is a direct result of each language's important historical influence on our country.

3 Introduction In Alberta, there are many examples of French influence. This includes the names of different places within the province. Can you think of names that may have French origins? Did you think of: Leduc and Beaumont Lac La Biche and St. Albert Bonnyville and St. Paul

4 Introduction Can you think of French words that are used in our everyday language? Did you think of: Poutine, croissant, éclair, hors d’oeuvres Fiancee, décor, bayonet Bistro, boulevard, cul-de-sac Chauffeur, cliché, crepe

5 Language Rights The French and the English were the first Europeans to settle in North America. Early settlements were established in present-day Québec, Newfoundland, and New Brunswick. Based on the fur trade, whaling, and exploration, relationships between the French, the English, and the First Nations were established. The relationships between these three founding groups set the foundation for laws in Canada. As early as 1774, through legislation in the Québec Act, the French were guaranteed rights to their language and their identity.

6 The British North America Act of 1867 recognized, through legislation, the bilingual and bicultural nature of Canada, where both the French and the English co-existed in one country. Section 133 of the British North America Act of 1867 ensured that both French and English would be the accepted languages in the operating of the federal government.

7 More recently, the Official Languages Act of 1969 and the Charter of Rights and Freedoms of 1982 affirmed the collective rights of Francophones and Anglophones. French and English were thus established as Canada’s two official languages. For example, all federal government business must be available in both French and English.

9 Section 23 Section 23 of the Charter (Minority Language Educational Rights) extends the protection of rights to official language minorities. French-speaking or English-speaking minority populations have the right to publicly funded schools. This means that Francophones living in Alberta, for example, or Anglophones living in Québec are guaranteed minority language education rights.

11 Let’s look at the handout:
Population by Language Spoken Most Often at Home How could quality of life be influenced for Francophones or Anglophones in a minority setting?

14 The federal government and the provincial governments have had an important role in supporting official language minorities. However, even though a bilingual and bicultural Canada was confirmed as far back as the British North America Act of 1867, this Canada was more of an ideal than a reality.

15 Going Further Read pages 145-151. Answer the following questions:
Identify other ways the Canadian government has dealt with language rights. How do you think the Charter affects Francophone identity in Quebec? Complete questions 1 and 2 on page 151. Based on your reading, how do collective rights affect quality of life for everyone in Canada?

Download ppt "To what extent has Canada affirmed collective rights?" 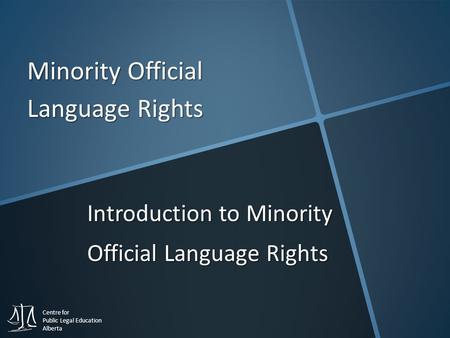 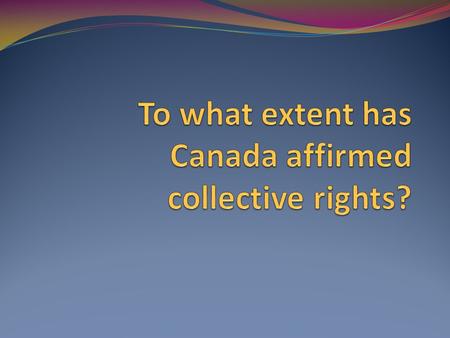 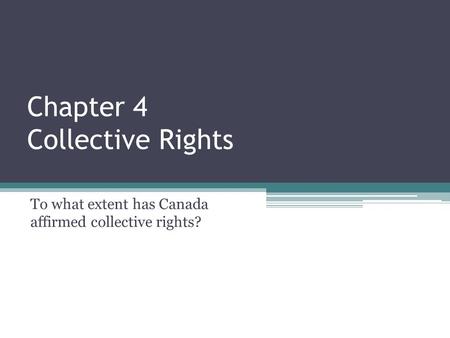 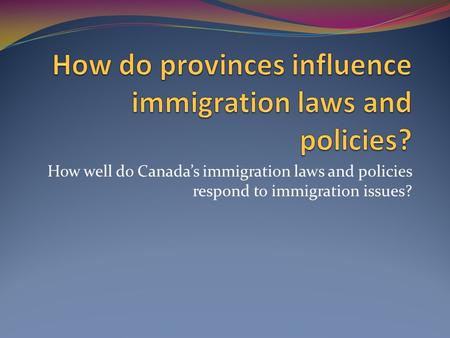 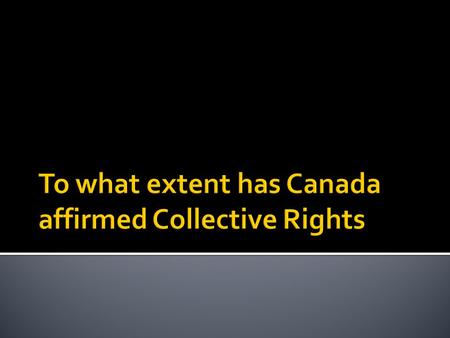 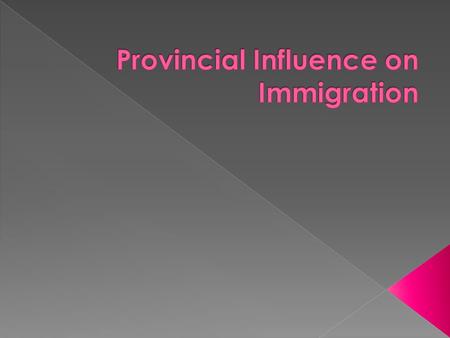 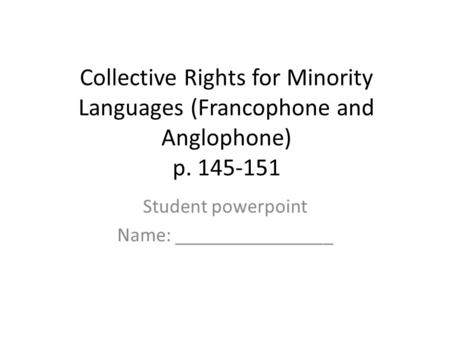 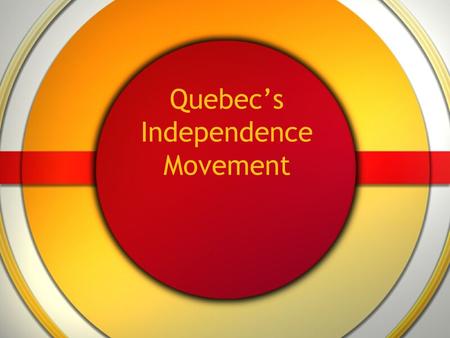 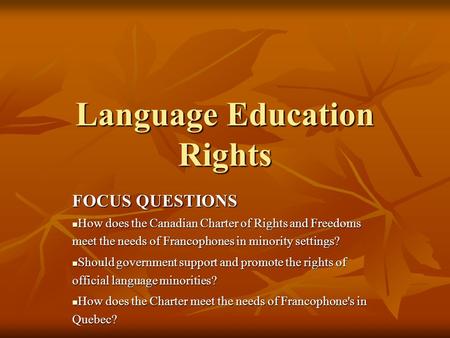 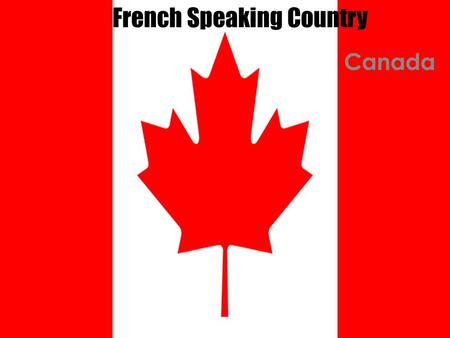 Canada French Speaking Country. About Canada Canada is the second largest country in the world. The population is about 34 million people. The first known. 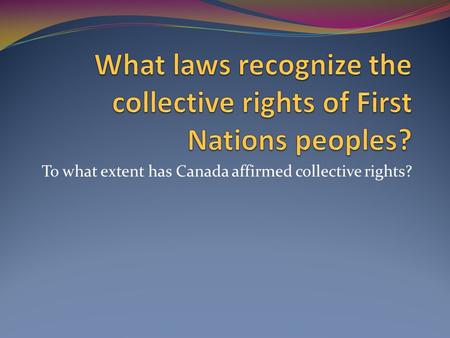 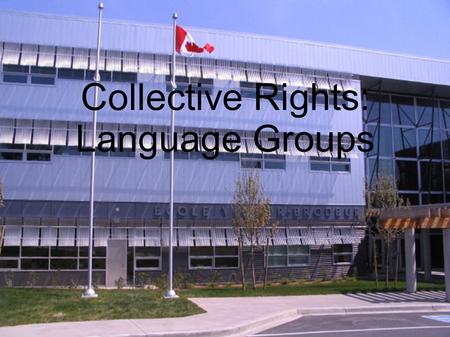 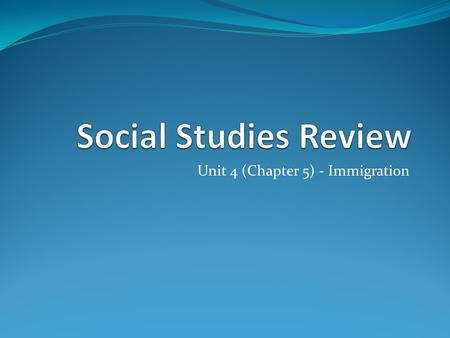 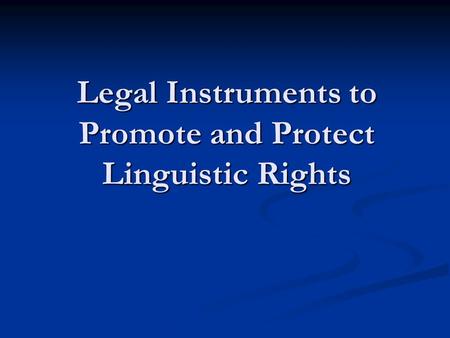 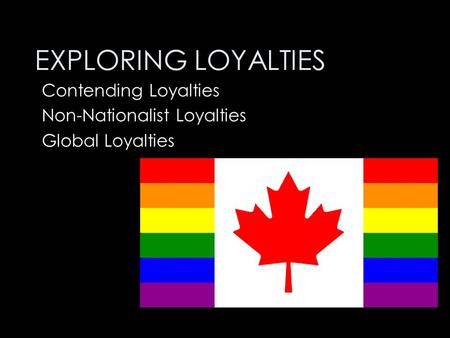 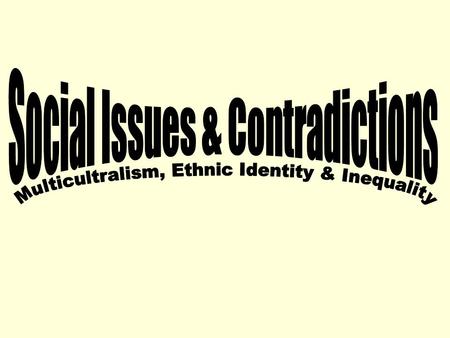 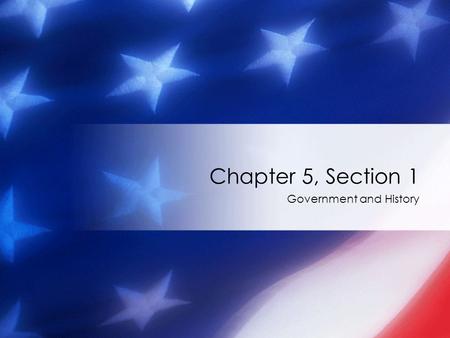 Government and History Chapter 5, Section 1. United States and Canada are both representative democracies. United States declared in its constitution.