4 4 Equity Method Parent company recognizes its share of the subsidiary’s net income or net loss Adjusted for depreciation and amortization of differences between current fair values and carrying amounts of a subsidiary’s identifiable net assets on the date of business combination Share of dividends declared by the subsidiary.

5 5 Equity Method Equity method of accounting is quite similar to home office accounting for a branch’s operations. Proponents claim that equity method stresses the economic substance of the parent-subsidiary relationship. Dividends declared by a subsidiary do not constitute revenue to the parent company.

10 10 Choosing Between Equity Method And Cost Method Consolidated financial statement amounts are the same, regardless of which method is used to account for subsidiary’s operations. Working paper eliminations used in the two methods are different.

13 13 Working Paper Eliminations for Equity Method Debits to the subsidiary’s plant assets, patent, and goodwill bring into the consolidated balance sheet the un- amortized differences between current fair values and carrying amounts of the subsidiary’s assets on the date of the business combination.

14 14 Working Paper Eliminations for Equity Method Amount of the parent company’s inter- company investment income is an element of the balance of the parent’s Investment Ledger Account.

16 16 Working Paper Eliminations for Equity Method Increases in the subsidiary’s cost of goods sold and operating expenses, in effect, reclassify the comparable decrease in the parent company’s Investment ledger account under the equity method of accounting.

17 17 Emphasized Aspects of Working Paper Inter-company receivable and payable, placed in adjacent columns on the same line, are offset without a formal elimination. Elimination cancels all inter-company transactions and balances not dealt with by the offset described above.

18 18 Emphasized Aspects of Working Paper Elimination cancels the subsidiary’s retained earnings balance at the beginning-of-year FIFO is used by subsidiary to account for inventories; Difference attributable to subsidiary’s beginning inventories is allocated to cost of goods sold for the year ended

21 21 Closing Entries After consolidated financial statements have been completed, both the parent and its subsidiary companies prepare and post closing entries, to complete the accounting cycle for the year. Subsidiary’s closing entries are prepared in the usual fashion. Parent company’s use of equity method of accounting necessitates specialized closing entries.

23 23 Accounting for Operating Results of Partially Owned Subsidiaries Accounting for the operating results of a partially owned subsidiary requires the computation of the minority interest in net income or net losses of the subsidiary.

26 26 Concluding Comments -Equity method permits the use of parent company journal entries to reflect many items that must be included in working paper eliminations in the cost method – Formal journal entries in the accounting records provide a better record than do working paper eliminations. – Equity method facilitates issuance of separate financial statements, if required by SEC regulations or other considerations. – Equity method provides a useful self checking technique. 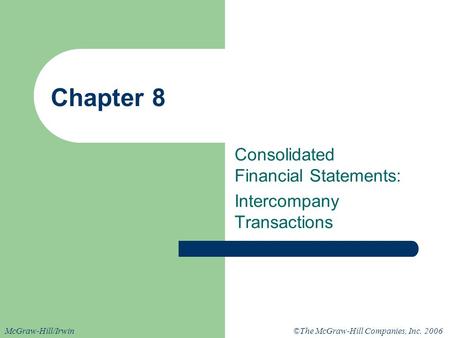 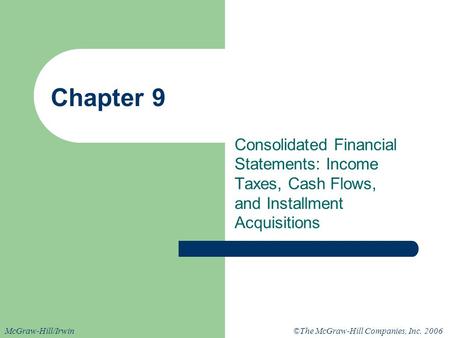 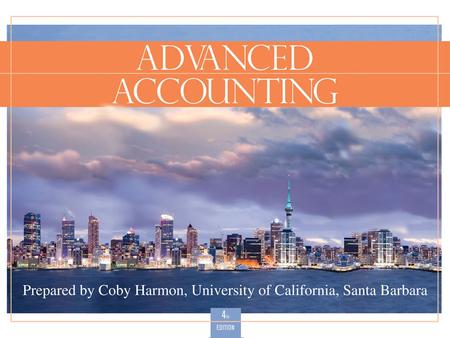 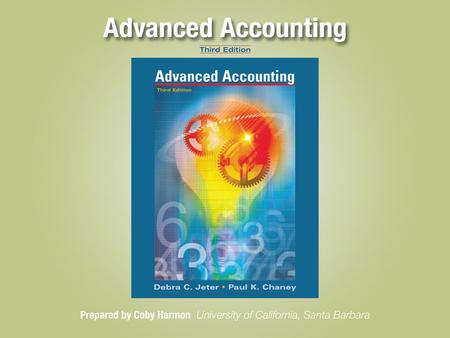 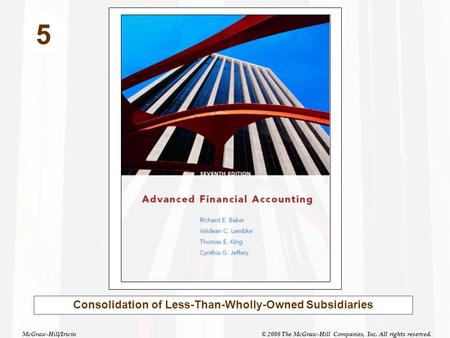 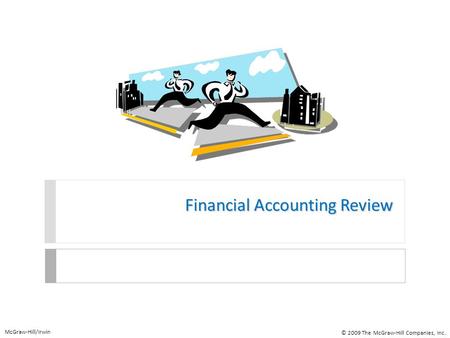 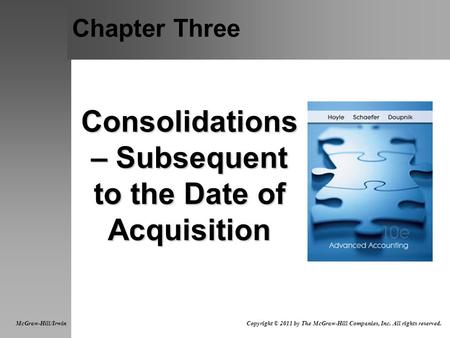 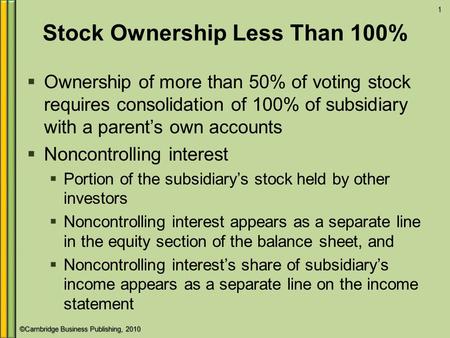 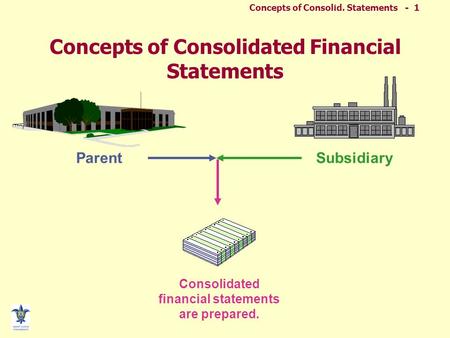 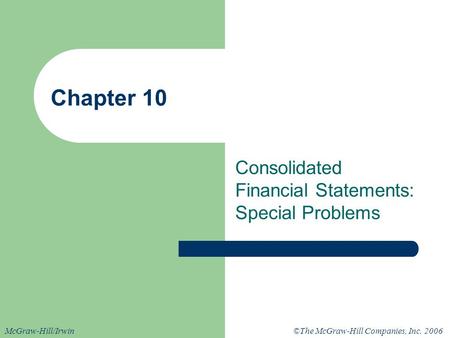 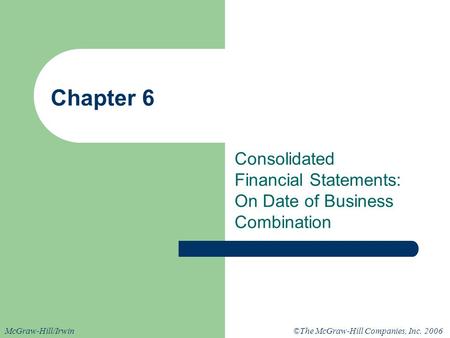 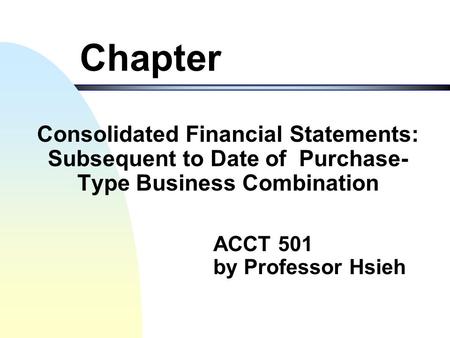 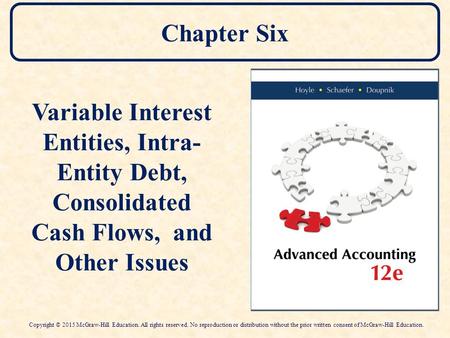 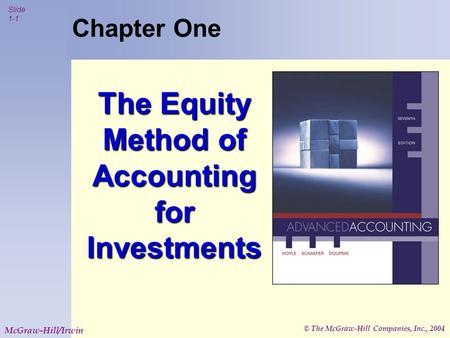 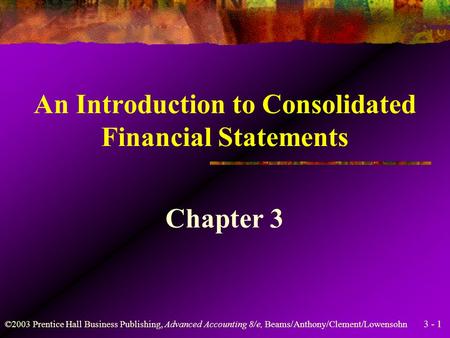 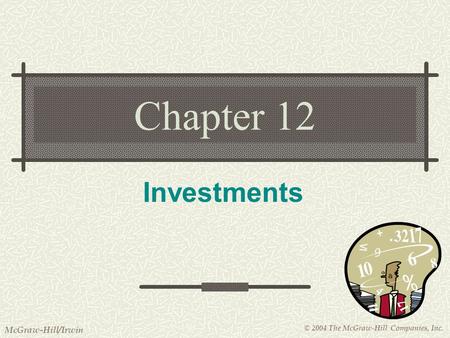 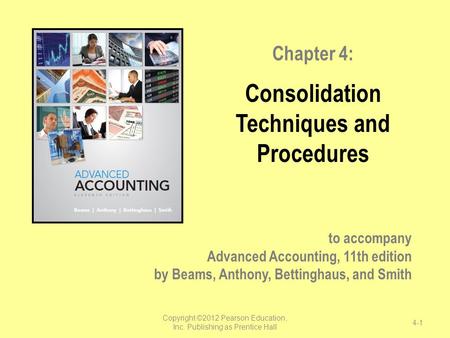