Presentation on theme: "Ancient Rome The Making of an Empire Geography of Rome  Located on the peninsula which today is Italy – das boot  Surrounded by 3 seas- Mediterranean."— Presentation transcript:

2 Ancient Rome The Making of an Empire

5  Fewer hills and mountains than in Greece  Fertile soil  Few good harbors due to cliffs, so… They traded more with each other than with foreigners Italian FarmlandItalian Coastline

6 The Founding of Rome Latins migrated from central Europe in 1000 BC and settled on the Tiber River They had good soil and natural resources (stone and wood) for building The mountains and hills around them provided protection Legend says that twin boys, Romulus and Remus, were left to die on the banks of the Tiber. They were raised by wolves, Romulus became the king of the city he founded. It was named Rome in his honor.

7 From Monarchy to Republic 600 BC – Etruscans took control of Rome – monarchy was established They introduced Romans to Greek ideas: 1. Building style: Pillars 2. Alphabet 3. Religion After 100 years, Romans rebelled against the cruel king…the monarchy ended and became a… Republic

8 Republic - the election of leaders to make all government decisions Patricians – descendants of Rome’s earliest settlers; upper class; made up senate Plebeians – farmers, craft workers, soldiers, merchants; lower class; not allowed to participate in government Senate – governing group of representatives made up of Patricians - elected 2 consuls every year who ran the daily affairs (i.e. led armies, were judges) and acted for the citizens of Rome. In emergencies – dictator elected (ruler with complete power) 6 months Plebeians get upset and decide to leave and form a new city. They set up their own group of 10 leaders – called tribunes Patricians knew their economy would not survive, so they allowed the tribunes to attend meetings and gave them the power to veto any laws Roman law also needed to be written down - Twelve Tables – tablets of Rome’s laws displayed in public

9 Type of Roman government. The early descendants of Rome The farmers, soldiers, and Made upper class craft workers Made lower class Elected group who made laws Elected group with the power of the veto Elected to rule Elected to rule during peacetime during war Republic Patricians Plebeians Senate Consuls (2)Dictator (1) Tribunes (10)

12 From Republic to Dictatorship Cause and effect: taxes from provinces made patricians (upper class) richer and the plebeians (lower class) poorer Conflict between plebeians and patricians Civil War Lucia Sulla became dictator for 3 years (not 6 months) Republic weakened He retired; consuls restored

13 59 BC – Julius Caesar is elected consul He is the general who defeats Gaul (France) and becomes governor Caesar attacks Rome with his army and becomes dictator in 45 BC Made many changes: 1. Laws to help poor 2. Gave citizenship to more people 3. Reorganized the solar calendar– added months 4. Became dictator for life Julius Caesar was stabbed to death on March 15, 44 BC, also known as the Ides of March His death led to another civil war

Download ppt "Ancient Rome The Making of an Empire Geography of Rome  Located on the peninsula which today is Italy – das boot  Surrounded by 3 seas- Mediterranean." 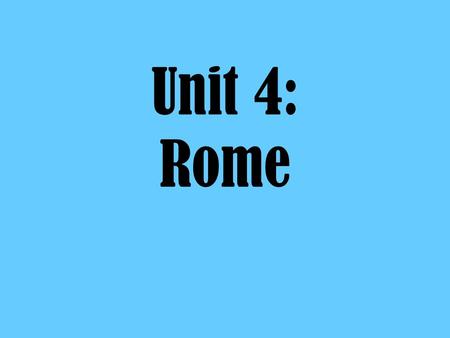 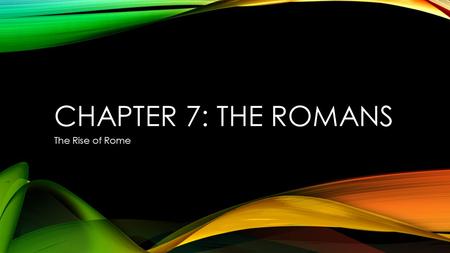 Chapter 7: The Romans The Rise of Rome. 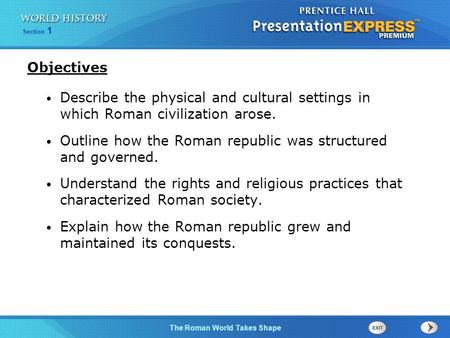 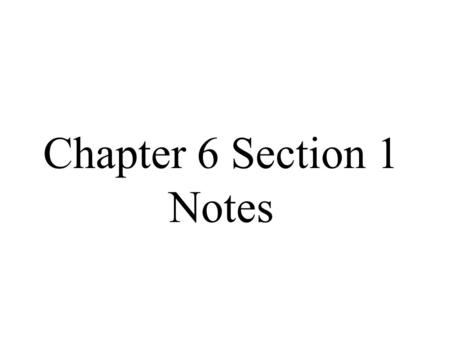