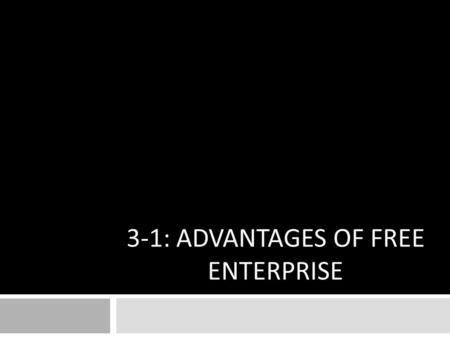 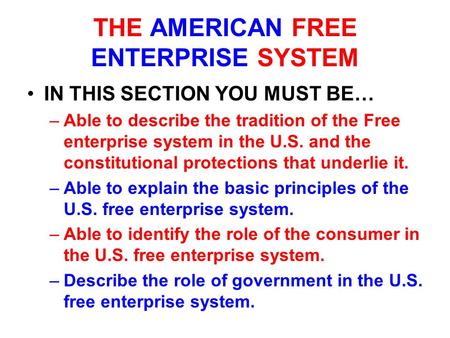 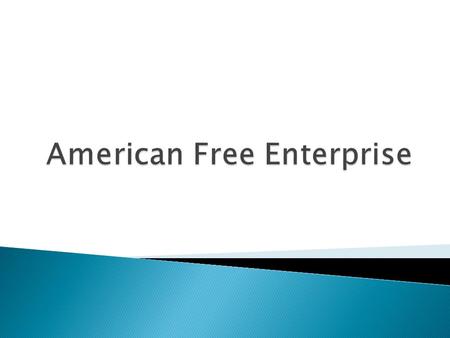 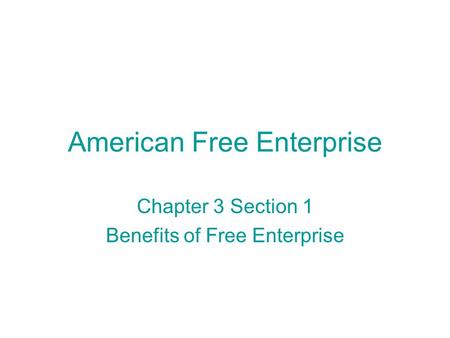 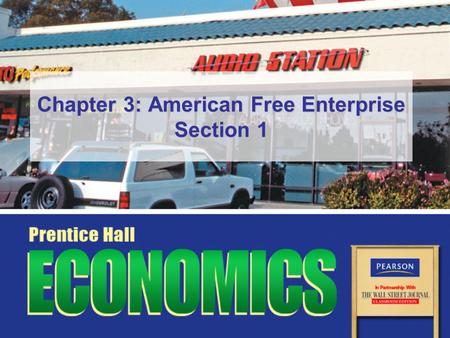 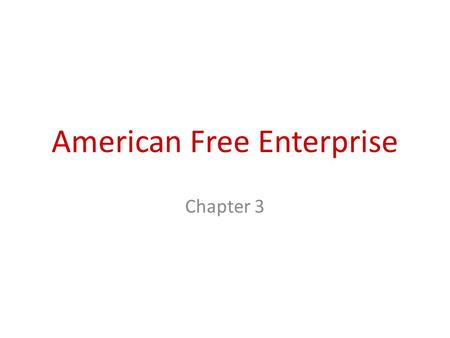 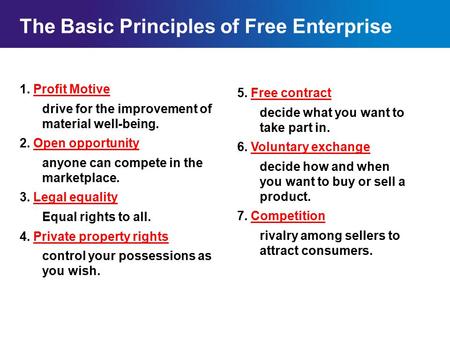 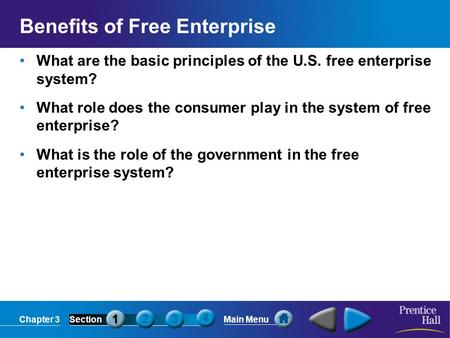 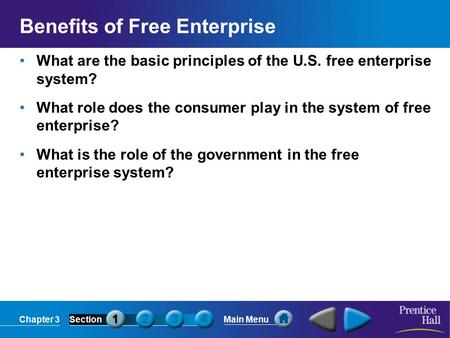 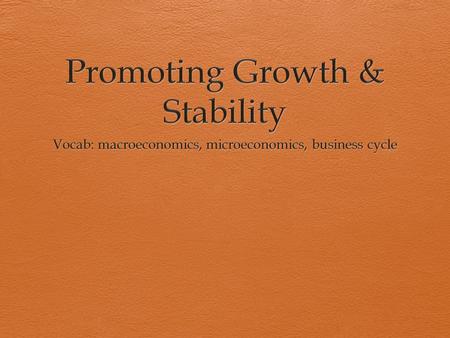 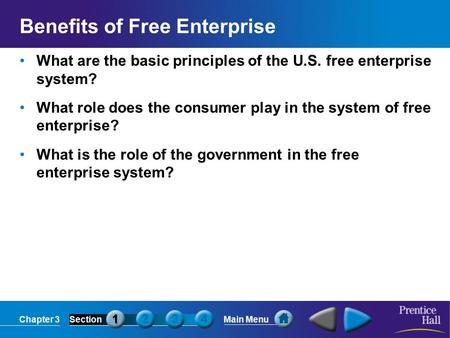 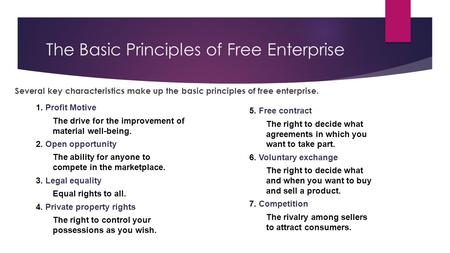 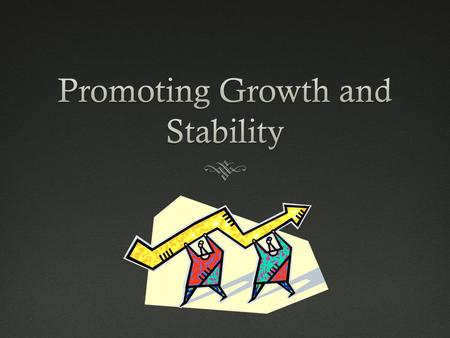 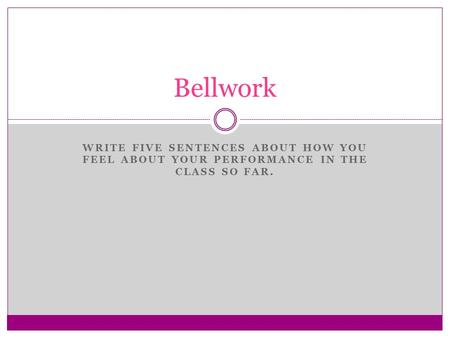 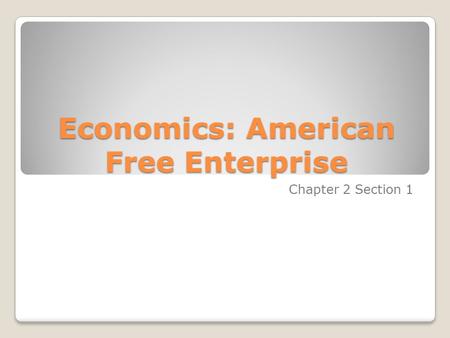 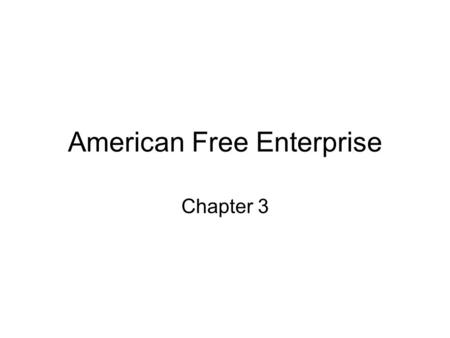 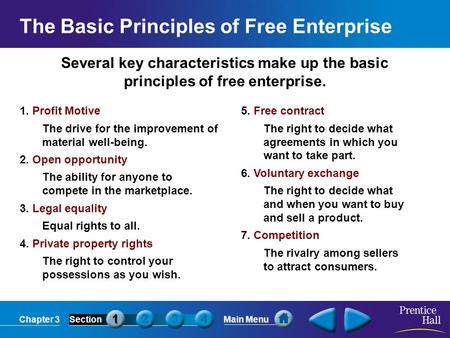 Chapter 3SectionMain Menu Several key characteristics make up the basic principles of free enterprise. 1. Profit Motive The drive for the improvement of. 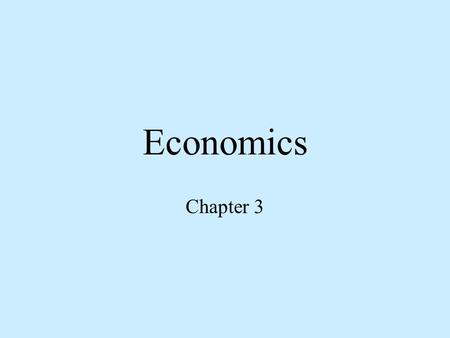 Economics Chapter 3. Section 1 The Benefits of the Free Enterprise System.